2016: The year of the long-distance footpath

What comes to mind when you think of long-distance footpaths? The Pennine Way in England? El Camino de Santiago in Spain? Or maybe the Appalachian Trail in the States?

You probably didn’t think of Belgium, did you. But you should, because the country is criss-crossed by over 23 official long-distance footpaths covering a total of 4,000 kilometres.

Sharing the same acronym as the Grande RandonnÃ©es of France, these GRs (also a convenient acronym for the Dutch translation: Grote Routepaden) are blazed in both directions with characteristic marks consisting of a white stripe above a red stripe. 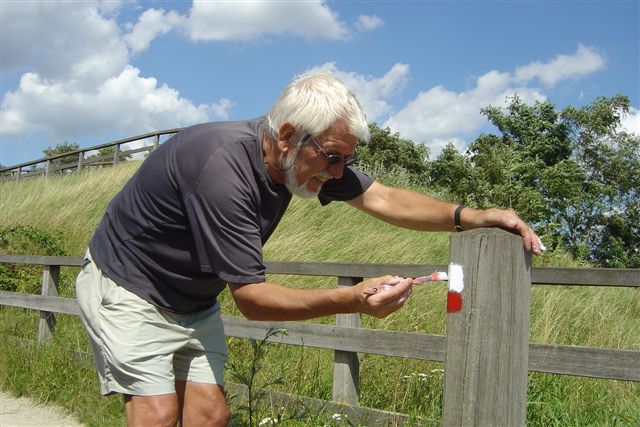 For more details of the GRs in Belgium you can visit the Flemish site or the French site. Thankfully they use the same red-and-white signs in both Flanders and Wallonia!

In the north of the country, one example is the GR12 Amsterdam to Paris footpath. 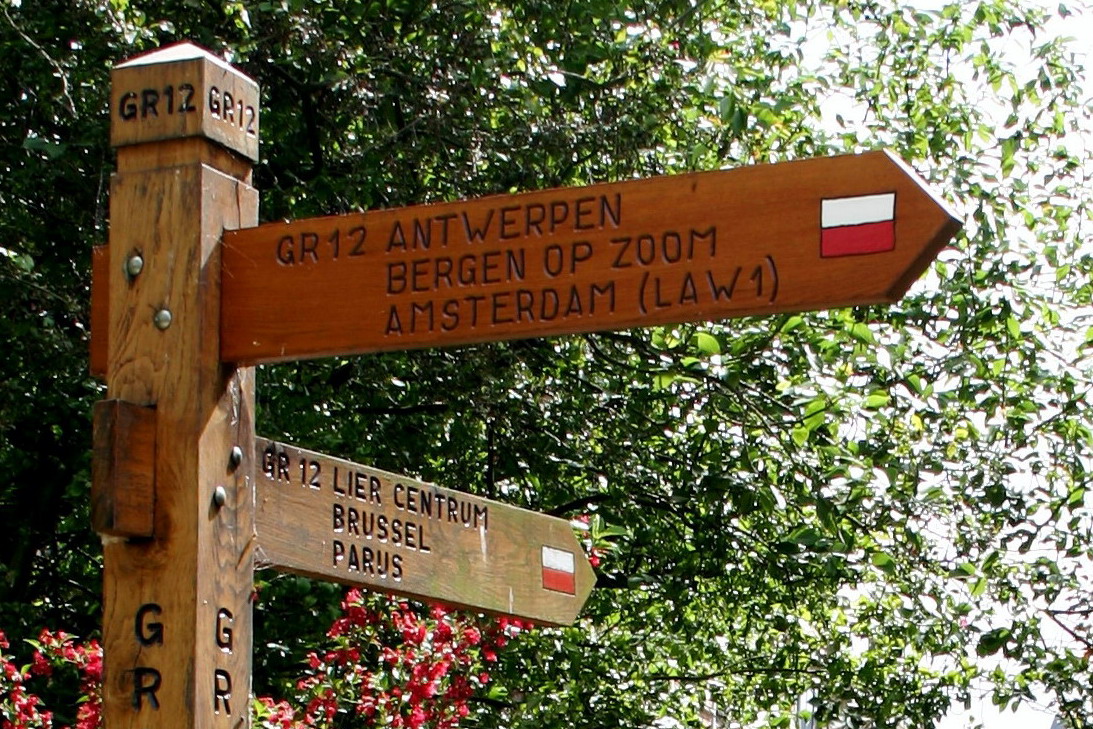 It enters Flanders just south of Bergen Op Zoom. It will lead you along the River Nete and through the attractive centres of Lier and Mechelen. OK, once you reach the Atomium you will need to gird up all your courage to cross Brussels, but after you reach Ukkel the path south through Beersel and Dworp is much more hiker-friendly.

Also entering Flanders north of Antwerp — in Essen — is GR5, which originates in the Hook of Holland in the Netherlands. The first Flemish leg takes in the beautiful if windswept Kalmthout Heath. It then continues through the woods and fields of the Kempen and the Hageland. Along the way you can get to know delightful small towns such as Averbode, Scherpenheuvel and Diest. Then it’s time to push deep into Limburg, visiting Hasselt and Genk — or maybe Belgium’s National Park: 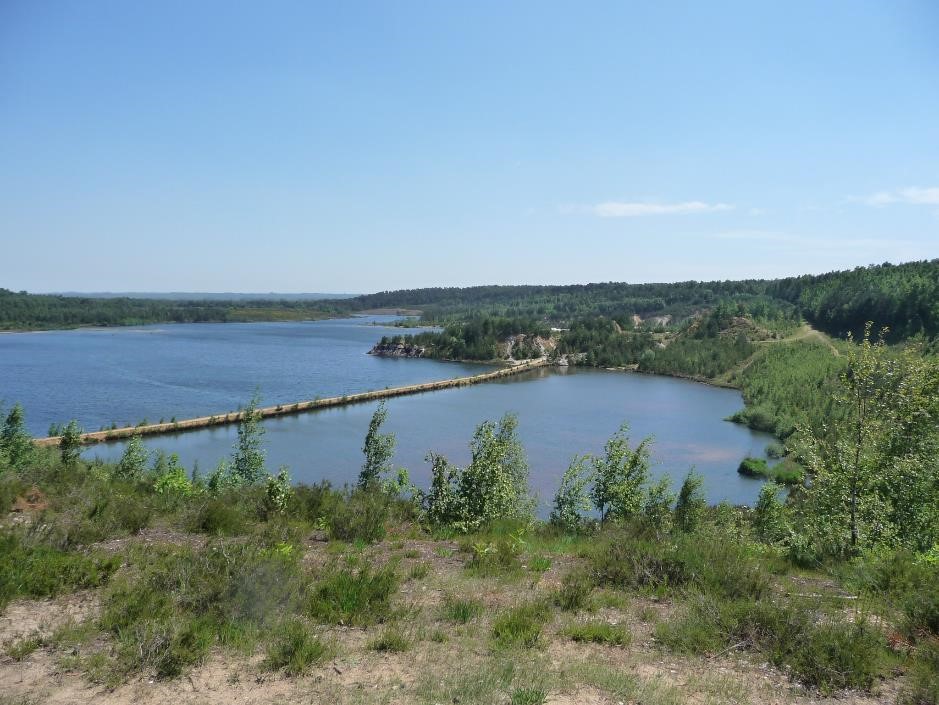 It then carries over the Dutch border at Lanaken. Continue for a while longer and you’ll end up on the Promenade des Anglais in Nice.

Living in Flanders, I’ve often followed parts of these GRs on half-day or full-day hikes, but I’ve always fancied tackling one of the GRs in Wallonia — and from start to finish.

So this year I am planning to follow one of the most beautiful long-distance footpaths in Belgium: the GR 571.

Starting south of LiÃ¨ge in the small village of Comblain-au-Pont, it follows the hills and valleys associated with the Rivers AmblÃ¨ve, Salm and Lienne. The walk itself is called VallÃ©es des LÃ©gendes. It’s basically a vertically rectangular route. The east side takes in Trois Points, Coo, Vielsalm and Gouvy, and the western route come up through Lierneux, Chevron and Nonceveux, and back to Comblain-au-Pont.

The total distance is 166 kilometres.

I won’t be completing it in one stretch but will be breaking it up into sections over a number of weekends. What’s more, I intend to travel to and from my various start and end points as environmentally-friendly as possible. This means bus and train (not bike!). I’ll also be describing my overnight accommodation, which I plan to make as budget-friendly as possible without resorting to a tent.

In this way I hope to provide the practical details that might enable my blog readers to follow in my footsteps. And hopefully discover that it’s possible to complete a long-distance footpath without having to take weeks off work or spend vast amounts of money.

One of the first things I did was buy the Topo-Guide to the GR 571. 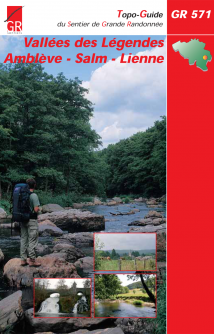 A Topo-Guide is a light, A5, high quality, illustrated paperback map/guidebook. It clearly explains everything you need to know about that particular GR, with details of the route and information on nearby public transport, cafÃ©s, shops, etc. The printed maps mean that you don’t have to buy separate maps for the whole route. 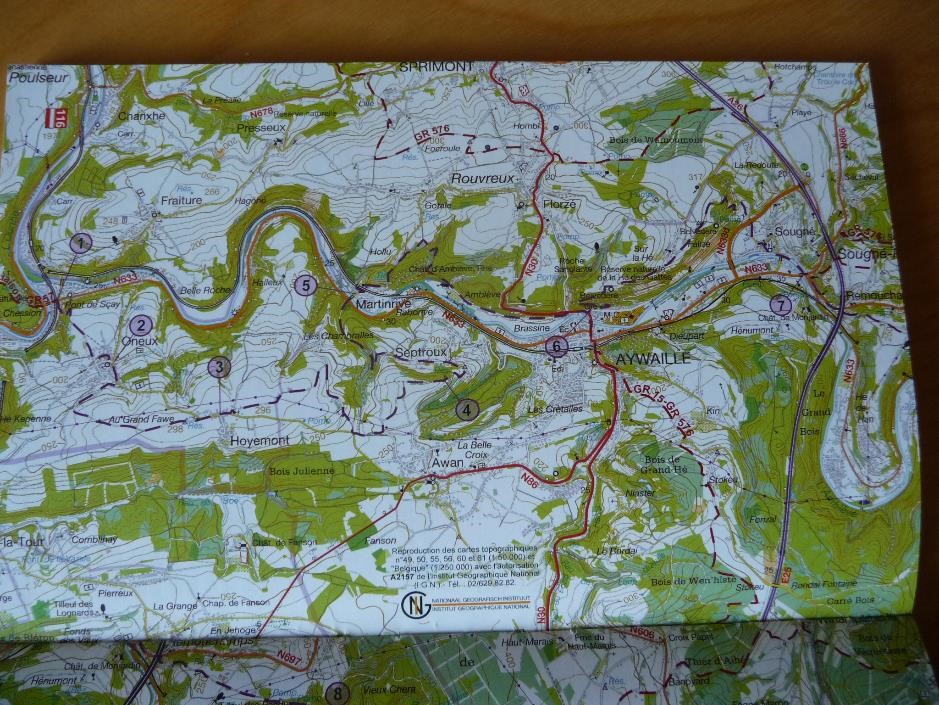 All the text is in French (or Flemish for the GRs that pass through Flanders). However, the use of symbols makes them easy to understand. 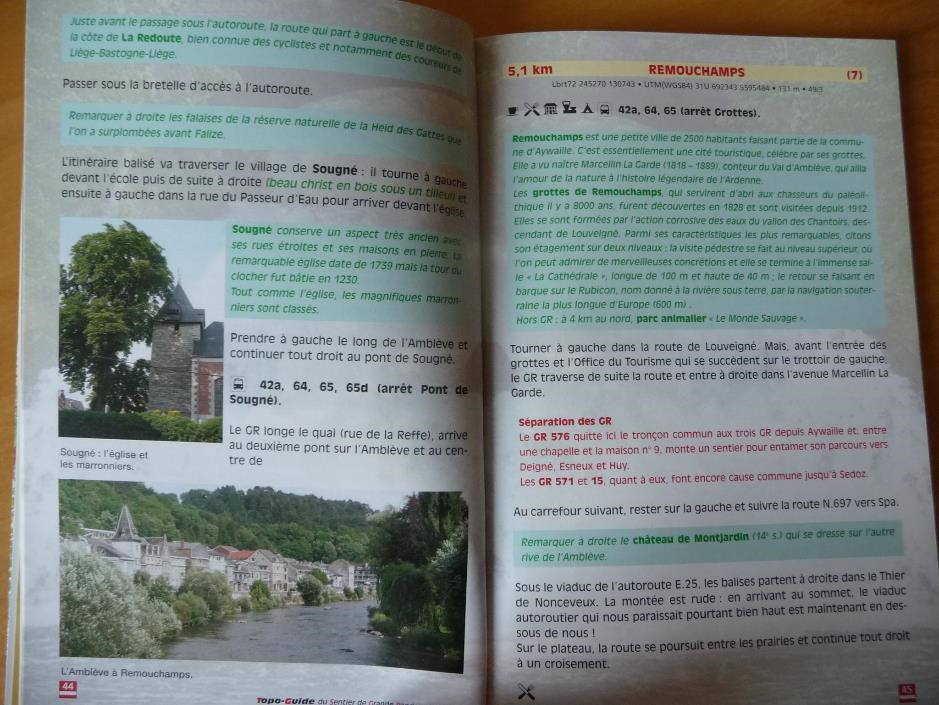 In the meantime, as I prepare for my first leg on the GR 571, if any of you have completed the GR 571 already and have any tips, particularly regarding cheap accommodation, please feel free to share. (Currently I’m thinking of Airbnb, youth hostels and Gilbert’s List).