A circular walk around Sint-Pieters-Rode 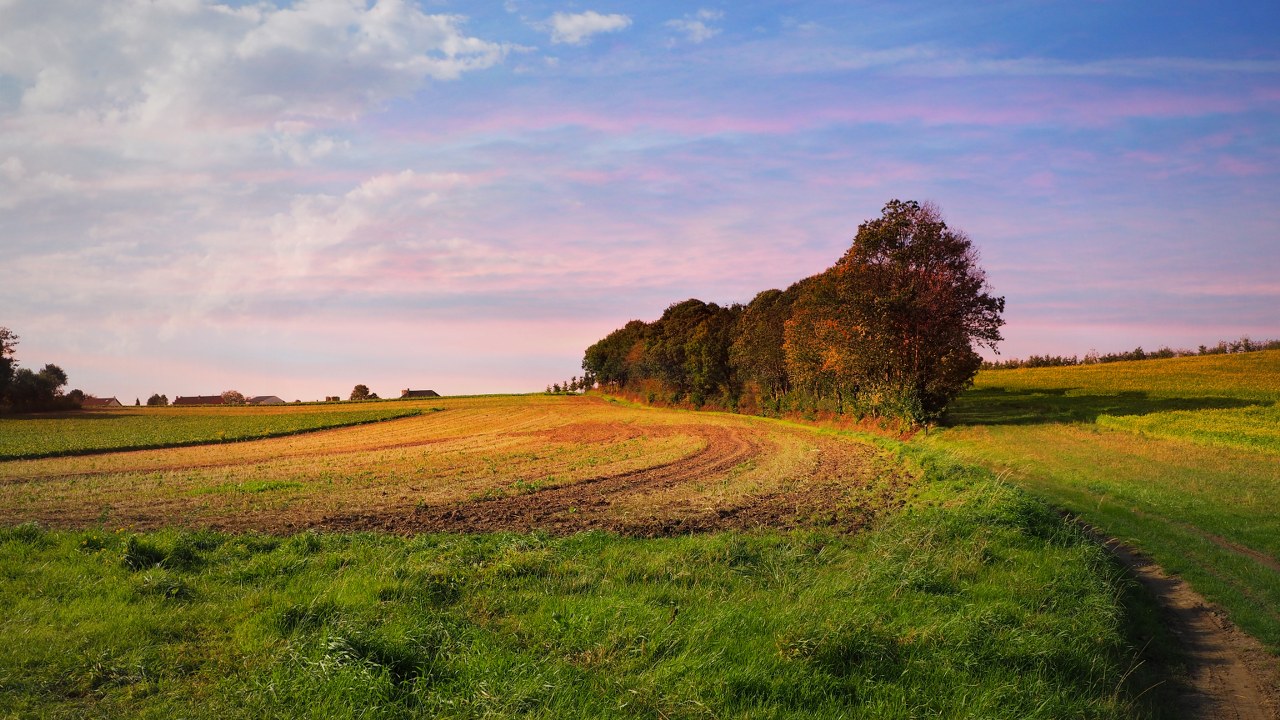 A short walk through the woods and fields of Sint-Pieters-Rode. Ideal for a Sunday afternoon stroll with your kids – and the dog.

Sint-Pieters-Rode is one of the oldest villages in the Hageland, the region of Brussels between Leuven, Aarschot, Diest and Tienen. It forms part of the municipality of Holsbeek. The village is believed to have existed since the 9th century, while the earliest official mention of it dates back to 1096, when a certain Arnoulfus was Lord of Rode. The addition of Sint-Pieters to the name of Rode probably occurred in the 12th century.

Yes, but not in this context. “Rode” is a Middle Dutch word that indicated a piece of forest or heather that had been cleared to be cultivated. It originated from the Old Dutch rotha, which itself originated from the Germanic verb ryddan, to remove, grub up, exterminate, or as we now say in English, “to get rid of.”

Start from the church, yes?

Of course! I think 9 out of 10 walks I describe on this blog start from the local church, and this one is no exception. If you’re arriving by car, there’s plenty of space to park in front of the church. If you’re on the bus, De Lijn bus number 310 from Leuven stops in the village. Take the lane – Pastoriedreef – to the left of the church.

Not surprisingly, at the end of Pastoriedreef is the Pastorie. What shall we call it? Pastor’s house? Parsonage? Rectory? Vicarage? Presbytery? Whatever it’s called, it’s empty now, the garden overgrown, the moat full of dark green algae. Dates on the façade put the building at 1690 and 1741, but there was a building here as long ago as 1265. However, the first recorded parish priest, Henricus de Rode, didn’t live there; he preferred to stay at the castle down the road.

In 1625 the building was restored, the moat was dug and a drawbridge laid over it. Further work was carried out in the coming years, including the entrance gate that is still visible. It’s a protected building, and would be ideal if converted into an arts centre or social centre.

Then it’s time to follow the route through the fields and into the woods.

The woods at this time of the year are looking beautiful:

If you are with children, this looks a great place to bring them. Space to run around, kick a ball, fly a kite, while Ma relaxes after a busy week and Pa gets the picnic ready:

The Castle of Horst

Sint-Pieters-Rode is most famous for Horst Castle which is still standing after 800 years or so. I write about the castle here and here so won’t repeat myself. It’s worth a visit though.

We are not distracted by the castle today though, continuing our circular walk, and happy to discover a caring Hagelander who spares a thought for thirsty hiking dogs:

Unfortunately, if you are thinking of bringing your hang glider or paraglider, forget it!

Instead, you could enjoy a more traditional form of transport:

The Chapel and the Gallows

Then it’s time to discover St. Jozef’s Chapel, which was built in the 19th century on a hill overlooking the village.

It has a bench so it’s a good place to sit down and take a breather and enjoy the view.

The hill has an interesting history. It used to be the site of the local gallows. This wintry landscape of the chapel gives a better idea of what it might have looked like with a body swinging from a rope!

Not surprisingly, it’s a site with more than a few ghostly stories. As recently as December 2005 a local saw five angels dancing around a figure dressed in black. Was it a hanged person or was it the executioner? I didn’t like to think about this as I sat on the bench, and certainly didn’t mention it to Liz as she sat beside me peacefully eating her apple!

So what are you waiting for?

The whole area around Sint-Pieters-Rode is well worth exploring. So pack up that picnic (Pa!), put some old clothes on the kids (wellies are a good idea), don’t forget the dog, and enjoy a couple of hours in the woods!

If you have any questions on the route, just drop me an email or comment on the contact page. I cover other walks in the area here and here. And how about sharing your photos from your walk? I would be happy to post them here. In fact …

Tom is the first to share his photos of this walk. Thanks Tom!: