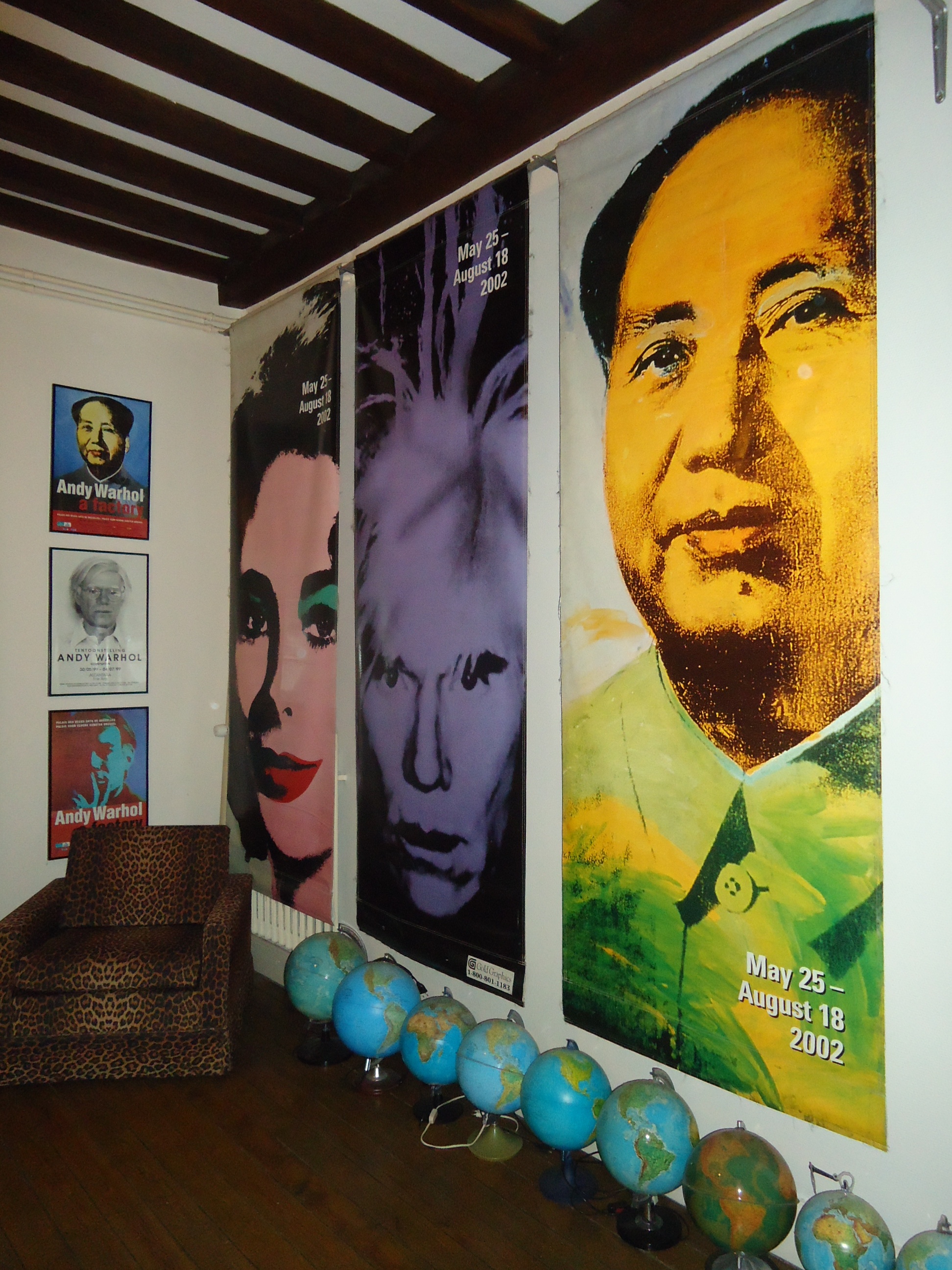 Between 17 February and 17 March, 2012, Ieper Library ran a fascinating and highly successful exhibition which paid homage to American artist, printmaker and filmmaker Andy Warhol. The exhibition featured the extensive collection of lifelong Andy Warhol fan Diederik Vandenbilcke. It was timed to commemorate the 25th anniversary of Warhol’s death.

The Andy Warhol in Ypres exhibition aimed to be truly unique and was composed of Diederik’s personal collection of Warhol memorabilia. Diederik, a resident of Ypres, has followed the work of Andy Warhol for many years. His collection consists of original exhibition catalogues, posters, impressive street banners, cool Warhol gadgets and many other assorted items of memorabilia, as well as several diverse and rare books covering Warhol’s life and art.

There were also two extra display cabinets: one looking at Warhol’s infamous Campbell’s Soup oeuvre, and the other looking back at a series of children’s workshops known as “The Warhol”, which were held in Ypres during the 1990s.

In addition, to accompany the exhibition there were two lectures (in Dutch) covering different aspects of this notorious pop-art legend. The first lecture, entitled ‘Andy, Forever Andy’, was given by Claude Blondeel (Radio 1 and Klara journalist). The second lecture, by art philosophy lecturer Philippe Lepers, was entitled “Baudrillard on Warhol – The Essence of Art(ists)”.

Before the lecture (at 19:00), students from the Ypres Music Academy performed live versions of the Velvet Underground’s greatest hits.

And that’s not all. Shops around Ypres joined in by commemorating Warhol’s work in the 50s when he dressed up windows in arty ways, such as in 1955 for Bonwit Teller. For example, students of the Department of Window Dressing at the Heilige Familie technical college in Ypres created a window display near the library, and photographer Caroline Ostyn created a window on the market square of Ypres. Also in Ypres Library, TV screens showed Warhol documentaries and movies.

For further information about his personal Andy Warhol collection, contact Diederik by completing the form below.

And this Artsy page on Andy Warhol provides a whole lot of info on Warhol: his bio, over 2500 of his works, exclusive articles, and up-to-date Warhol exhibition listings. The page also includes related artists and categories, allowing you to discover art beyond Warhol.