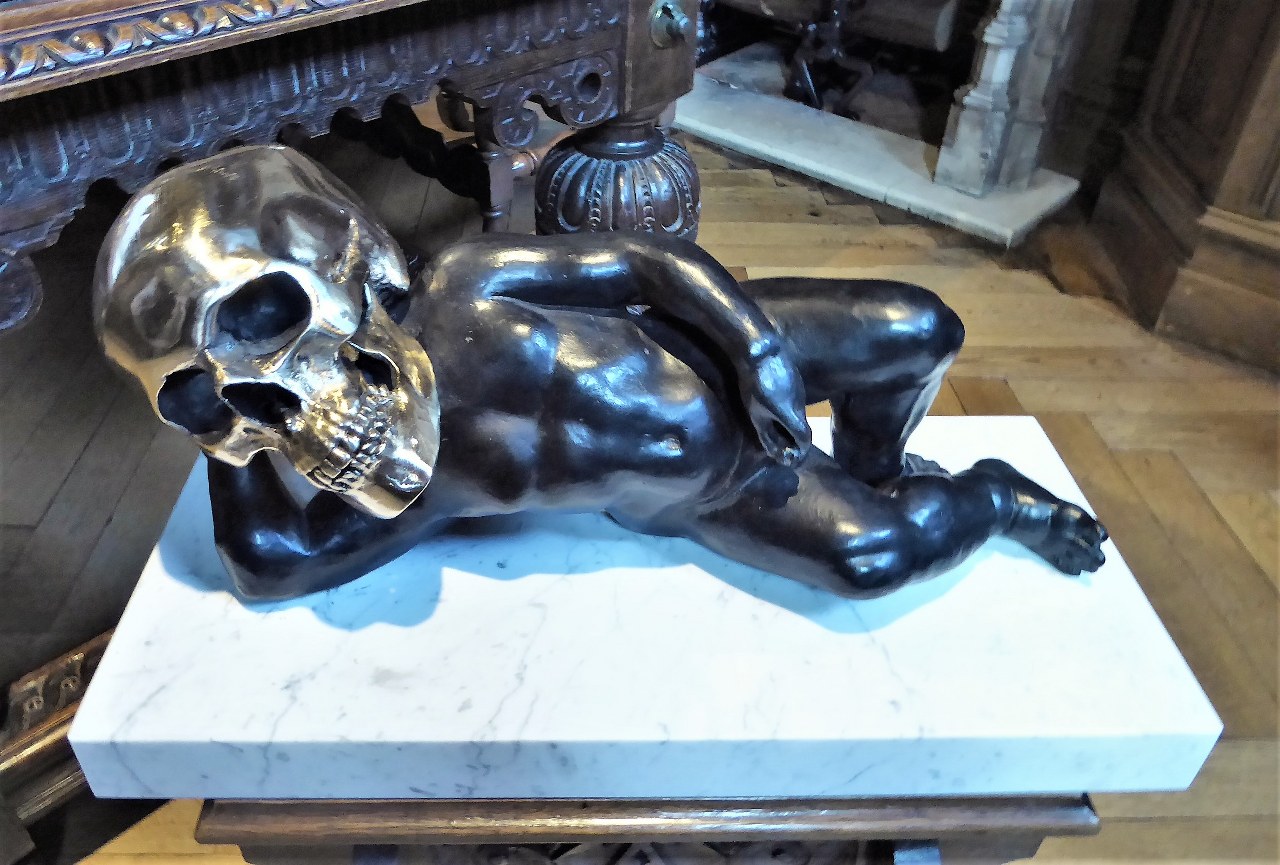 During 2018, the exhibitions at Gaasbeek Castle are dominated by the theme of “vanitas”

I recently visited and posted on Gaasbeek Castle, and mentioned I would post on the current art exhibition there, which is called “Vanity Fair”. It’s an exhibition by two Belgian artists – FÃ©licien Rops and Thomas Lerooy – on the theme of vanitas.

A vanitas is a symbolic work of art showing the transience of life, the futility of pleasure, and the certainty of death. It often contrasts symbols of wealth with those of ephemerality and death. OK so these are not the lightest topics in the world, but Vanity Fair is well worth a visit. It’s different, eye-opening, and makes you think.

The Vanity Fair exhibition runs from 1 April to 10 June, 2018. Details of opening hours and admission fees are on the Gaasbeek Castle website.

Lerooy (born 1981) follows in Rops’ footsteps, provocatively displaying the more animal instincts of mankind. His trademarks are extreme contrasts and innuendo, our transitory nature, and the nonsense of existence. He particularly works in bronze. Like Rops, he snubs traditional Belgian art tradition.

As I said, and as you can see from the pictures, Vanity Fair is an art exhibition to make you think. Thankfully, help is provided to clarify your thoughts. There is an excellent 48-page A5 booklet provided. Each double-page spread is devoted to each room in the castle. On the left-hand page you can read about the castle itself and the permanent collection (see my post for photos of this). On the right-hand page you can read an explanation of the works of art by Rops and Leroy that you can find in that room.

The descriptions certainly helped me understand what the artists were intending with each piece. I can only admire the creativity of such artists, and how they expressed their thoughts and world views in such innovative, bold and at times shocking ways.

Let me know what you think of it in the comments below!