The rise of Asian hornets in Europe 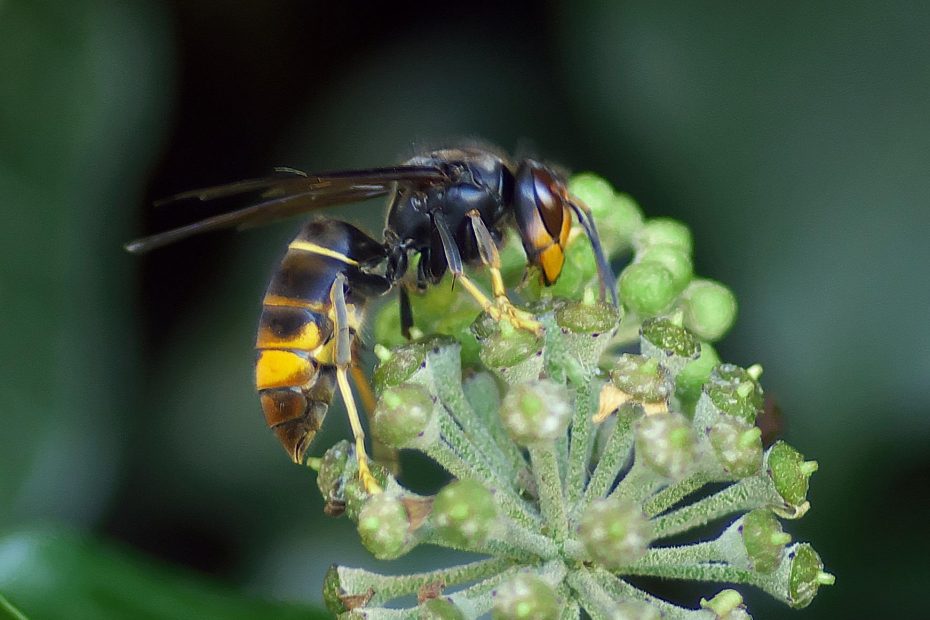 An exotic new beastie – the Asian hornet – is spreading fast across Europe, and this is bad news for the continent’s honey bees.

You don’t win a prize by guessing where the Asian hornet (Vespa velutina) originates from. It’s resident in the tropical regions of south-east Asia, in countries like northern India, Pakistan, Afghanistan, China, Burma, Thailand, Vietnam and Malaysia.

The species was first identified in Europe in France in 2004. It probably arrived in a shipment of pottery imported from China. By 2009, several thousand nests were located in the area of Bordeaux and surrounding departments. By the end of 2015 Asian hornets were reported over most of France. The species was reported in Spain in 2010, Portugal in 2011, Italy in 2012, and the UK in 2016.

The species was first reported in Belgium in 2016. Since then it has spread rapidly throughout the country. This is not surprising. From every nest, between 50 and 500 new queens can be bred, to leave and start a new nest. Thankfully, only 10% of these survive the winter, and only 10% of the survivors can successfully establish a nest. So from every nest, around five queens per nest are likely to disperse and can start building a new nest up to 60 kilometers away. The spread of the animal therefore occurs at lightning speed. Just check these three distribution maps:

Why is the Asian hornet a threat?

Asian hornets in Europe are significant predators of bees. In France, they have consumed large numbers of bees, including the well-known European honey bee and many lesser-known solitary and colonial bee species. Nature conservation organizations are therefore seriously concerned about the impacts of Asian hornets on bees, as these pollinating species are an essential component of well-functioning ecosystems.

The major concern about Asian hornets in Europe is that when they find a honey bee colony or a beehive, they tend to settle down in that area and specialize in honey bees as their prey. The Asian hornet hunts in groups on honeybees in front of the beehive. Honeybees have little defence against this new invader; they are not adapted to repel it.

How to identify an Asian hornet

In addition, whereas the legs of European hornets are dark, Asian hornets have bright yellow tips to their legs. This is why they also go by the name Yellow-legged hornet.

this is not the European hornet

European hornets are an integral part of our native wildlife, playing an important ecological role, and should be valued. They hunt many species of insects to feed their larvae. Many of these insects are considered to be garden pests. European hornets also prey on honey bees, but nowhere near the extent to which Asian hornets do. Despite their unmerited fearsome reputation, European hornets are not usually aggressive, and will only sting when they feel threatened.

Nor is it the Asian giant hornet

The Asian hornet (Vespa velutina) is also not to be confused with the Asian giant hornet (Vespa mandarinia), commonly known as the murder hornet. The Asian giant hornet is the world’s largest hornet and can reach a whopping 45 mm in length. It is also native to east and south Asia as well as the Russian Far East. It was discovered in the Pacific North-West of North America in late 2019. Since then nests have been found elsewhere, prompting concern that it could become an invasive species. This hornet too is a serious threat to honey bees.

What can we do?

It’s vital that Asian hornets in Europe are reported and that their nests are destroyed to decelerate their spread and reduce their impact on honeybees.

Have you spotted an Asian hornet in Belgium or the Netherlands? Or do you think you have found a nest of Asian hornets?

This way, experts can determine whether it is really an Asian hornet and the destruction of its nest can be planned. Destruction is specialized work that requires training and proper safety protection so should only be carried out by an expert.

I too would be very interested to hear of your Asian hornet observations in Belgium, so please add them in the comments below. And if you have any photos I would love to include them here. You can send me photos via my contact page.

Also, please share this post among your friends so this information can be disseminated as widely as possible.

If you would like to get more posts like this on Discovering Belgium, add your email below. New posts will magically appear in your inbox:

19 thoughts on “The rise of Asian hornets in Europe”