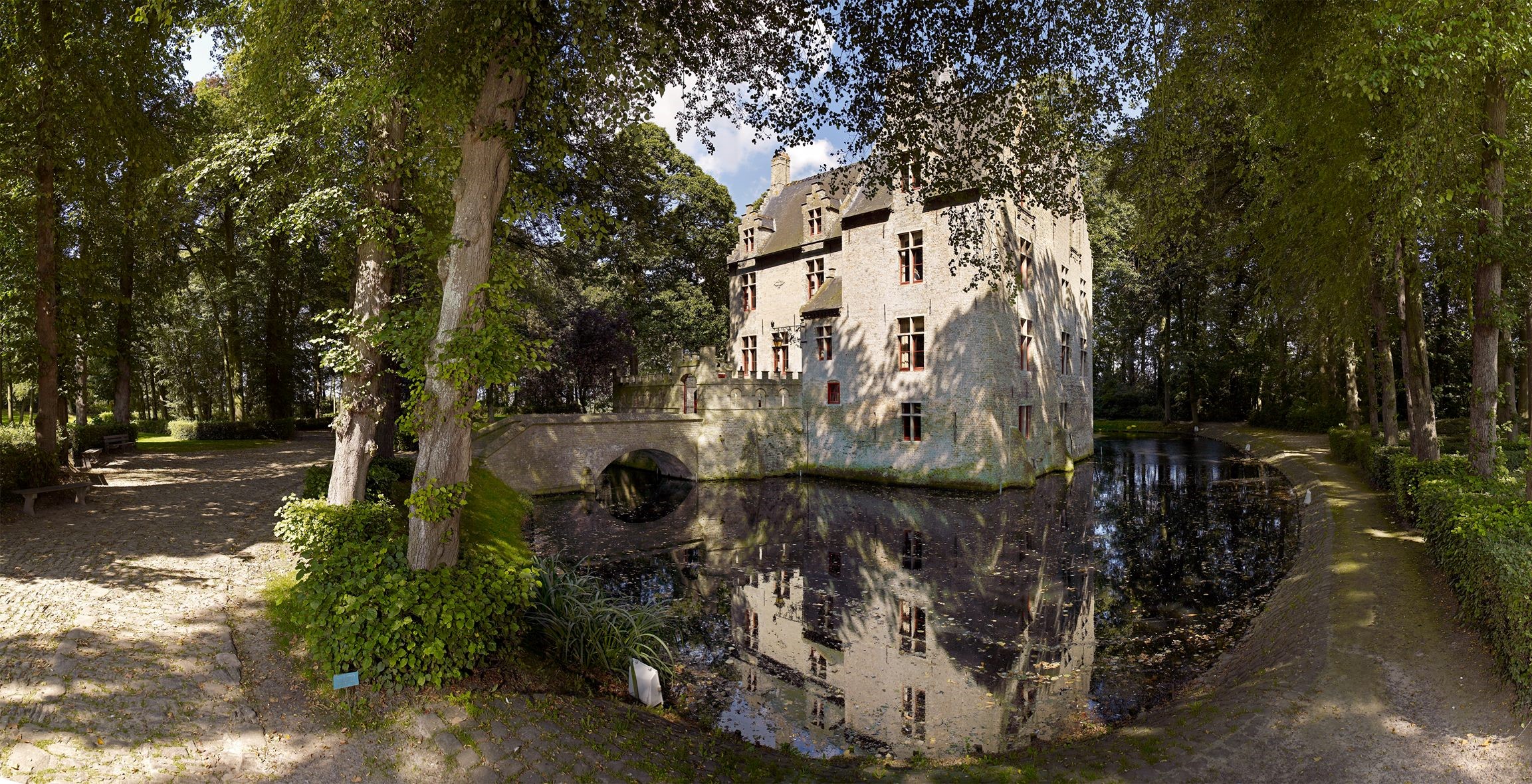 Beauvoorde Castle looks 17th century. But it was created in the 19th, through the romantic vision of one man.

In 1875, at the tender age of 22, wealthy nobleman Arthur Merghelynck fell in love. However, the object of his desires was not a local beauty. It was a ruined castle in the tiny village of Wulveringem, West Flanders. He was attracted by its picturesque setting, but also by its potential to fulfil his grand scheme.

Merghelynck was an incurable romantic. He resented the increasing industrialization of Flanders. He wanted to cherish the atmosphere, style and romance of the past, and in particular the 17th century. In the remains of Beauvoorde Castle he saw the possibility to realize his dream.

Over the next 27 years Merghelynck methodically and lovingly rebuilt and restored Beauvoorde Castle, and filled its many rooms. Searching the length and breadth of Flanders, he purchased original Flemish furniture and art from collectors and auctions. What he was unable to find, he had reproduced. The result is a seventeenth century castle fully furnished in the style of that period.

During the process of restoration, when Merghelynck was in his 40s, he fell in love again; and this time it was with a local beauty! Yet his romantic streak again came to the fore. He was not interested in a financially advantageous or politically correct marriage. Instead, he fell in love with, and in 1895 married, Julienne Flyps, the waitress who served him his aperitif in his favorite café in Ypres.

It was a union that divided his family. The result was that when Merghelynck died in 1908 — tragically only a few years after the castle was completed — he stipulated that Beauvoorde should remain his widow’s residence until she died. After her death, the castle and all its belongings were to be given to the Belgian state. His wishes have been totally respected, and this unique heritage site is open for the public to visit and enjoy.

Highlights to look out for

When I was there a few years ago I was impressed by these aspects:

After touring the castle, don’t forget to walk around the garden. The orchard contains a number of fruit trees, many of them local varieties. Most are apple trees, but also present are mulberry, pear, plum, walnut and cherry trees. The orchard is managed organically, and the apple harvest makes Chateau de Beauvoorde apple juice.

Also worth visiting nearby

The Merghelynck Museum in Merghelynckstraat 2, 8900 Ypres is a perfect reconstruction of a building from 1774 that was owned by a relative of Arthur Merghelynck. In beautifully decorated salons and boudoirs you can see original French period furniture, paintings and silverware, saved from the fires of the First World War. There is also a unique collection of Chinese and Japanese porcelain. You also get to understand some of the ups and downs of the Merghelynck family.

23 thoughts on “Beauvoorde Castle: A story of true romance”