The Bluebells of Belgium’s Blue Forest 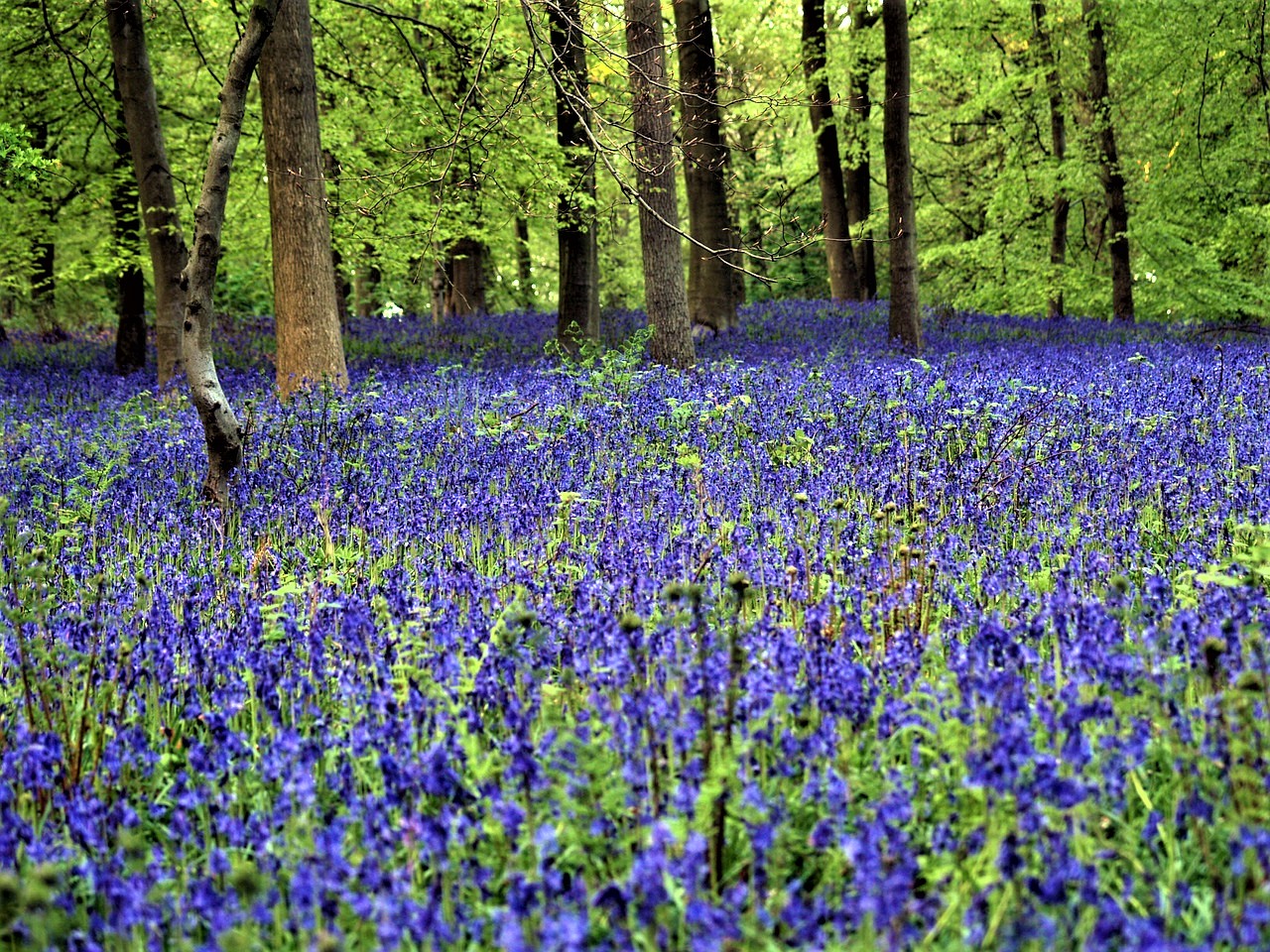 Coming soon to a forest near Brussels! The bluebells of the Hallerbos. One of Belgium’s great natural spectacles!

Every Spring, thousands of people flock to a forest just outside Brussels to witness a breathtaking natural spectacle. It’s the transformation of the Hallerbos from a sea of green into a sea of blue. After the disappointments of 2020 and 2021, when COVID restrictions virtually closed the Hallerbos to visitors, things in 2022 are back to normal.

What makes the Hallerbos turn blue?

Bluebells. Millions of them. It’s a sight not to be missed. It’s magical, enchanting, beautiful, … words fail to do it justice: you have to go and see them for yourself. And if you go on a hot sunny day the sweet scent will waft towards you long before you see the first bluebell.

When is the best time to see the bluebells?

That’s what everyone wants to know. You don’t want to go too early and just see leaves, nor too late and just see dead-heads. A rule of thumb is from the middle of April.

However, the precise flowering season varies with the weather. If late March is unseasonably warm, then they could be appearing in early April. If March is cold, then towards the end of April will be more likely. And who knows what effect climate change is having on them?

My recommendation is to keep an eye on this Bluebell Webcam. (At the time of writing it’s just been updated to the 2022 season). Actually it’s not a webcam at all (I’ve just called it that to pique your interest). It’s short videos that appear daily to keep you informed of the progress of the bluebells. The English version that I linked to above is sometimes updated a bit later than this Dutch version. So if you understand Dutch, or can pick up the key messages from the pictures, check out the Dutch version.

How big is the Hallerbos?

Currently it’s 542 hectares or 5.82 square kilometres or 2.25 square miles. But whatever the number, it’s plenty big enough to find somewhere to wander away from the crowds. Unless, that is, you go on a hot Sunday afternoon when it’s as crowded as a seaside promenade (but without the seagulls).

Who owns the Hallerbos?

Now it’s the Belgian State, but the forest has been passed from owner to owner like scouts around a campfire throwing a hot potato to each other. Its first known owner is probably the Abbey of St. Waltrudis in the 7th century. By the 13th century the forest had become the property of the Lords of Brussels, and in the 17th century most of it belonged to the Duke of Arenberg. The forest at that time extended to over 1125 hectares. That’s double its current size.

Ownership passed to the French Republic after invasion by French troops in 1794; to the Netherlands in 1815 after the defeat of Napoleon; and then in 1831 it returned to the Arenberg family. Unfortunately, during the First World War, the German Army decided that they owned it, and proceeded to cut down all the big trees, leaving the Hallerbos virtually ruined.

In 1929 however the Hallerbos (now reduced to 569 hectares) became property of the Belgian State and between 1930 to 1950 it was completely reforested, which explains why it looks fairly young.

Is the Hallerbos a nature reserve?

Part of it is. Four separate areas covering around 100 hectares are designated a forest nature reserve. Here, other interesting wild flowers grow, such as wood spurge, spiked rampion, wild orchids, golden saxifrage and herb Paris. Non-native plants and trees have been removed to give the natural flora and fauna the best possible chance to thrive. Trees that die are left to fall and rot, as they form excellent habitats for mosses and fungi and all sorts of creepy crawlies.

Are the trees in the forest used for timber?

Some of them are. A strict forest management plan is implemented to care for the forest and ensure a sustainable woodland for years to come.

Why do bluebells grow here and not in my local forest?

If you want to know more about ancient forests, I can recommend this book. It’s highly readable and is full of fascinating facts about forests. It focus on the woodlands of Britain, but much of the material is relevant to woodlands everywhere.

How do I get to the Hallerbos?

Here are the instructions to get to the Hallerbos by car and by public transport.

Where do I walk in the Hallerbos?

You can use this general hiking map of the Hallerbos. To go right through the heart of the bluebell area, follow this Bluebell Walk map.

Can I walk anywhere in the Hallerbos?

No. Bluebells are fragile, so all visitors are requested to keep to the paths and not wander into the forest to look at the flowers in close-up.

Can I pick the bluebells in the Hallerbos?

I am sure that all Discovering Belgium readers are well aware that picking wild flowers is not only foolish (you’re basically just killing them) but illegal. But this might be something to mention to your children, should they get the idea.

What else can I do in the Hallerbos?

Have you tried forest bathing? It’s an activity that originated in Japan in the 1980s as shinrin-yoku, sometimes translated as nature bathing. The idea, more or less, is simply to enjoy nature in general, and a forest in particular.

It means being deliberate in your experience of nature. So in a forest like the Hallerbos it could involve sitting with your back to a tree trunk, taking some deep breaths, inhaling the scents of the bluebells, listening to the birds, feeling the earth beneath your feet …

I say it originated in the 1980s but of course many of us have been doing these kinds of practices for decades, well before they became trendy.

All of these findings do not surprise me in the least. I have regularly found that conscientiously enjoying a forest is extremely invigorating.

Of course, you might find that the Hallerbos in the middle of bluebell season isn’t the best location or time to start forest bathing. Unless you are there before the crowds or can find an out-of-the-way area.

Some books on forest bathing

Here are some recommended books if you want to discover more about this practice.

I hope you enjoy your trip to the bluebells of the Hallerbos. Let me know how you get on. And if you need any more information on access, footpaths, etc., just drop me a line.

113 thoughts on “The Bluebells of Belgium’s Blue Forest”