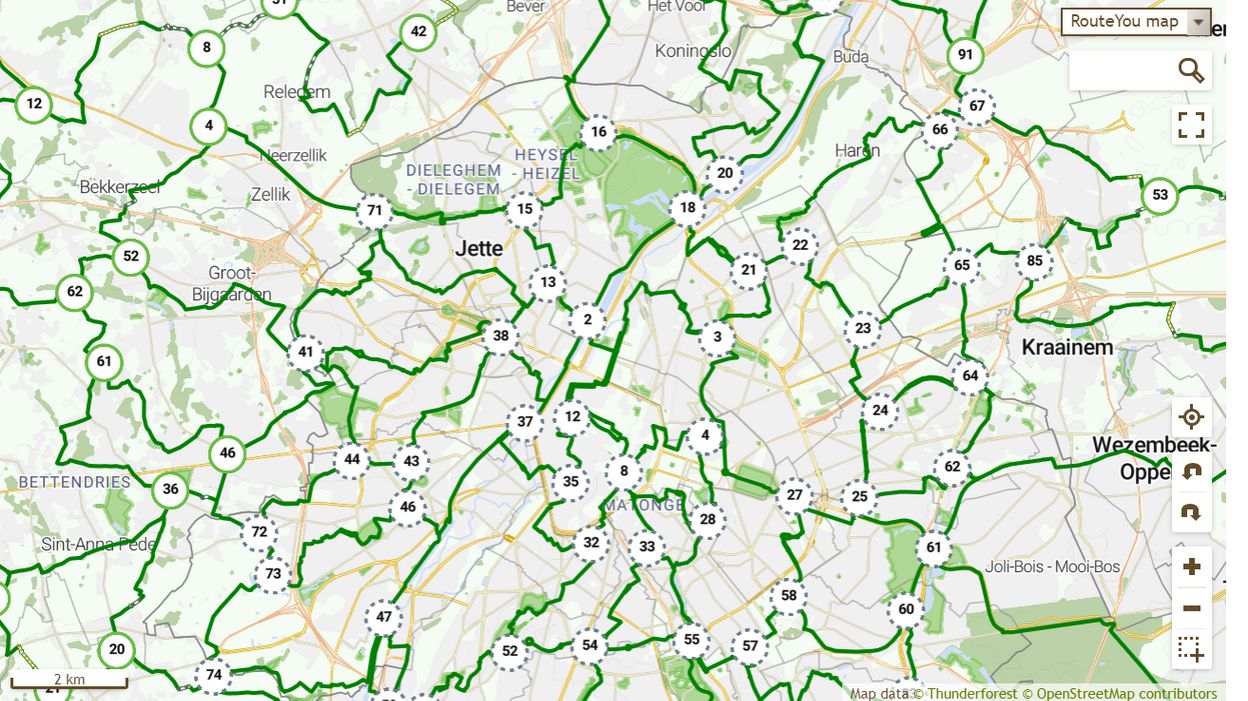 Brussels residents can now enjoy 252 km of a digital network of bicycle junctions in Brussels and with seamless connection to Flemish Brabant.

In mid-July a purely citizen-driven initiative was launched to develop a high-quality digital recreational cycling node network in Brussels. In the first phase, a network of the most attractive or functional cycling routes was established. In the second phase, these were then thoroughly tested by local, enthusiastic cyclists.

The result is www.bikenode.brussels. Here, cyclists can plan their route through Brussels as well as get suggestions for thematic routes based on the node network. This makes it possible to ride your bike from north to south or east to west through Brussels. The new network also connects seamlessly with the existing network in Flemish Brabant. It’s now easier than ever before for cyclists to ride out of Brussels into the surrounding countryside.

Node number 1 is located close to the North Station, an area that is currently undergoing a transformation from a monofunctional part of the city into a mixed commuter district, with space for new forms of mobility.

The initiative was led by Tanguy De Lestré from Tokvil.be and Pascal Brackman from RouteYou.

To get more posts on cycling or hiking in Belgium, subscribe to Discovering Belgium by adding your email below: