Where to cycle or walk around Bornem 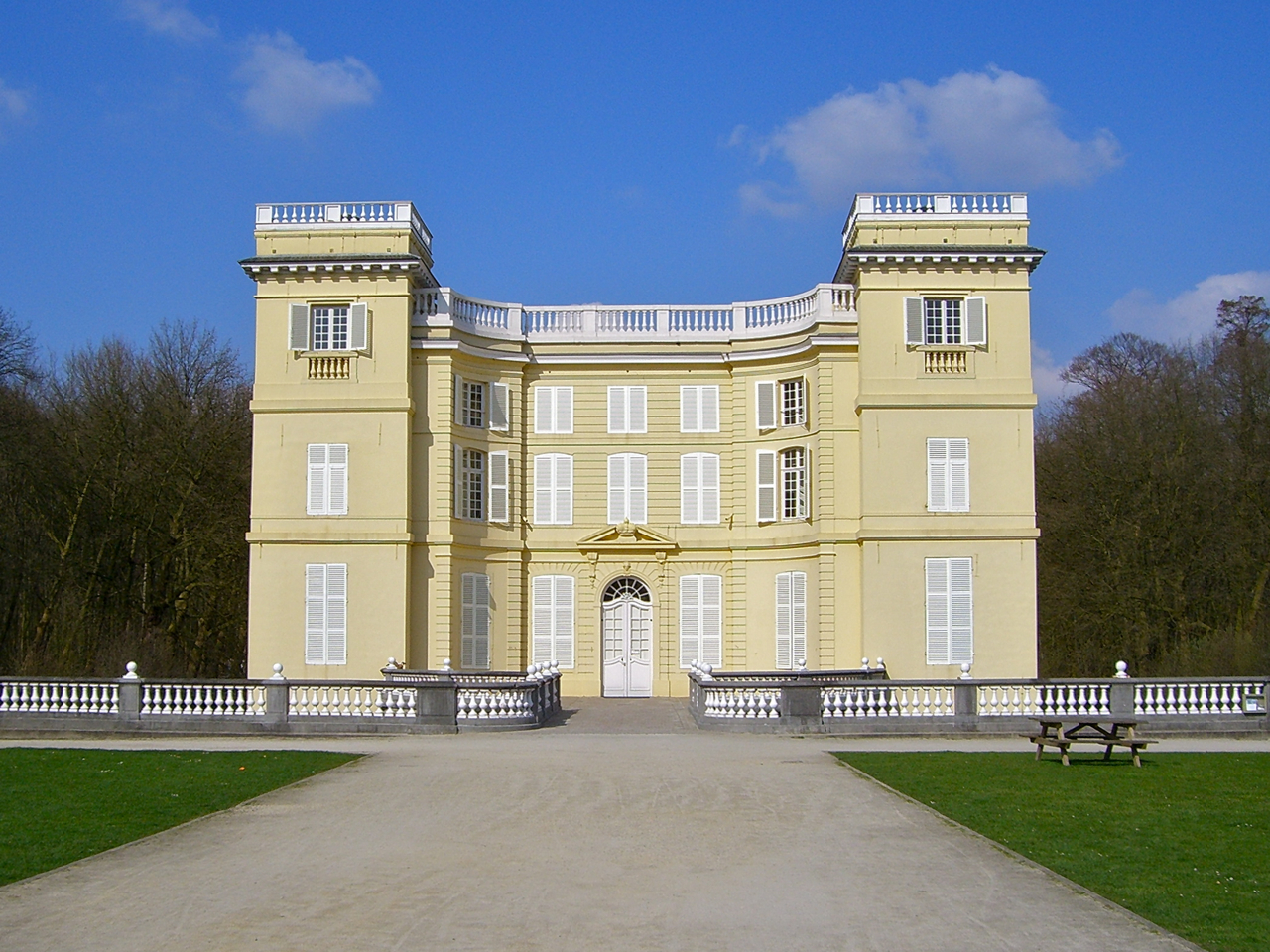 Located 20 km south-west of Antwerp, just off the busy N16, the quiet town of Bornem has much to offer. Here are some tips for where to walk and cycle around Bornem.

Within the town or in its immediate neighbourhood are two castles, a hunting pavilion, three military forts, two children’s farms, numerous museums, art galleries, churches and abbeys, a brewery, and nationally important nature reserves. The region also has excellent walking and cycling routes alongside the River Scheldt as it lazily loops around the town on its way down to Antwerp. What’s more, it is liberally sprinkled with inviting restaurants keen to impress you with their local delicacies.

Bornem first appears on 9th century maps where it can be seen to hold a strategic position near the confluence of the Rivers Scheldt, Rupel and Durme. The earliest known Lord of Bornem is Lambrecht, who in 1007 was promoted to the position of Lord of Ghent. From 1088 onwards, Wenemaar, a Templar Knight, boosted the development of the town by allowing the local monks to build an abbey.

Fast forward to 1586, an important date in Bornem’s history, when the whole town was bought by Pedro Coloma, a rich Spanish noble. He rebuilt the ruined castle and constructed a new link between the Scheldt and the Old Scheldt via a lock, which incidentally is the oldest hydraulic structure in Flanders. Coloma also reclaimed abandoned arable fields and improved the irrigation system.Â  From the middle of the 19th century, basket weaving was a large and profitable local industry. Its collapse in the 1950s spurred the establishment of the industrial estate on the N16, which secured local employment.

So what’s on the list for a day, weekend or even a week in and around Bornem?

Bornem was catapulted into the public eye thanks to the TV series Stille Waters, which in 2002 was voted the best Belgian TV Drama. In particular it drew attention to De Notelaer, the hunting and summer pavilion built on the banks of the Scheldt by the third Duke d’Ursel, Wolfgang Guillaume. In the TV series, De Notelaer was transformed into Villa Vorlat, the home of the Vorlat family. The showpiece of this building — built in the 1790s — is the octagonal Italian Salon, with its parquet floor, pillars, ceiling and wall paintings of mythological figures by Antoine Plateau, and arabesques on the dome. The Scheldt landscape is reflected in its huge mirrored doors. The Flemish Community bought the building in 1983, restored it in 1985 and opened it to the public. It is now managed by Erfgoed Vlaanderen, the Flemish Heritage Foundation. The success of Stille Waters attracted other producers to Bornem and its surroundings, which can be glimpsed in movies such as Team Spirit, Coco Flanel and De Zaak Alzheimer.

Down the road from De Notelaer is Castle d’Ursel. For over four hundred years it was the summer residence of the noble d’Ursel family, who employed international architects to alter the building in accordance with the latest trends. Since 1994 it’s the property of the province of Antwerp. Renovation is still ongoing, but the cellars, ground floor and first floor can be visited on certain days. The castle also hosts cultural activities such as exhibitions and classical music concerts throughout the year. Noteworthy events in the near future are piano recitals on 22 February and 22 March, and a children’s arts festival on 19 April. Whenever you go, choose a dry day to make the most of the landscaped gardens, which incorporate both French and English styles.

Not to be outdone is its neighbour — Castle Marnix de Sainte Aldegonde. Its history goes back to the 9th centuries when there was a medieval stronghold on this spot on the banks of the Scheldt. However, when the route of the river changed around 1240 the stronghold lost its strategic defensive position. This was the castle in Bornem that was rebuilt in the 16th century by Coloma, and in the 19th century it was renovated by the architect Henri Beyaert. It can only be visited by individual on the last two Sundays of August and the first two Sundays of September, although groups can visit at other times if booked in advance. The guided tour introduces the castle’s extensive collection of 16th century paintings, its 18th century furniture, engravings by Pieter Breughel the Elder, a lace cabinet and a room with antique dolls. A permanent exhibition focuses on Philip de Marnix, secretary to William of Orange. In the outhouses is a collection of perfectly preserved antique carriages.

For museum lovers, Bornem and the surrounding area will keep you busy for days. Notable are the local history museum De Zilverreiger in Scheldestraat; the shipping and fishing museum in Omgangstraat; and the Havesdonckhoeve agricultural museum in the village of Wintam. In nearby Ruisbroek, the De Bres museum focuses on the disastrous floods of 1976, when the Scheldt burst its banks and flooded the village. It resulted in the creation of the Sigma plan. Its objective was to protect all low-lying areas in the tidal part of the Scheldt against storm surges. The plan involved raising and strengthening the dikes; construction of controlled inundation areas; and the construction of a storm surge barrier in Antwerp (the Oosterweel).

The literary minded will want to visit the Emile Verhaeren Museum in Sint-Amands. Emile Verhaeren (1855-1916) was a Flemish poet who wrote in the French language, and is one of the chief founders of the school of Symbolism. After a Jesuit education he studied law at the University of Leuven, where he associated with young, radical writers and artists at a time of artistic renewal. After a very brief career as a lawyer (he tried only two cases) he dedicated his life to poetry and literature. His first collection of poems — Les Flamandes — published in 1883, describes, sometimes provocatively, his country and the Flemish people. It was an immediate success in the avant-garde world, but caused great controversy in Catholic circles.

Verhaeren went on to be one of the most prolific poets of his era and a prominent figure in Belgian literature. His works were translated into more than twenty languages, and he travelled widely throughout Europe giving lectures. He narrowly missed the Nobel Prize for Literature in 1911 (which was awarded to his friend Maurice Maeterlinck). The museum displays original manuscripts of his own works and letters as well as those of friends and contemporaries such as van Rysselberghe, Spillieart and Meunier.

Also in Sint-Amands is a museum dedicated to the history and science of milling. Through a comprehensive collection of sketches, technical drawings, photos and documents it details the development of the windmill in Flanders from before the Crusades to modern times. Topics covered include the different types of mills, how they were constructed, where they were located and how they work. And it looks at the fascinating social importance of the local miller.

If you prefer steam power to wind power, then what about a trip on a beautifully restored steam train? Two trains dating from 1907 and 1927 have been fully restored, while another four are in the sidings awaiting renovation. The latest addition, a locomotive built in 1876, is one of the oldest steam trains in the world. The trains run on certain weekends on the line from Dendermonde to Puurs through July and August as well as during special events. Dates that steam enthusiasts should therefore mark in their calendar are 26 April (National Heritage Day) and 4-5 July (a special Steam Along The Scheldt weekend). www.stoomtrein.be

The National Redoubt is the name given to the collection of strongholds encircling the city of Antwerp that was built in the second half of the 19th century. The basic idea was that if Belgium was invaded, the Belgian government and army would pull back behind this ring of fortifications so that they could resist and hold out for a long period. Work on this plan started in 1859. Twenty years later a first defence line of eight brick fortresses had been built, just five kilometres from the city gates. By 1914, a second line of 30 smaller concrete fortifications had been added, a further 16 kilometres from Antwerp. One of the best preserved is Fort Liezele, just down the road from Bornem, in Puurs. In its prime, Fort Liezele could hold a garrison of 350 soldiers. Most of it lies underneath a thick layer of earth and concrete. The former ammunitions magazine features a multimedia presentation on the National Redoubt. Further rooms include displays of authentic uniforms, weapons, original photos and other historical objects. Subterranean galleries lead to the barracks, prison cells and a fully equipped kitchen. Above ground are gun turrets, an armoured observation post, and original trenches and bunkers. It’s open on Sundays from April to October.

GET SOME FRESH AIR

There are extensive networks of walking paths and cycle routes throughout the region. They all operate on the same ingenious principle. Each major interchange has a number. At every crossroads or fork is a rectangular signpost with an arrow and the number of the intersection you are walking or cycling towards. So all you have to do is study the walking or cycling map of the region (obtainable from the tourist office in Bornem), and plan your route by jotting down the list of intersections you will walk or cycle through.

A particularly attractive walk of around 10 km starts in the centre of Bornem and heads north-west along the Old Scheldt River to the oldest lock in Belgium (Coloma’s invention, mentioned earlier). It then follows the (new) Scheldt upstream for a couple of kilometres before doubling back to the Old Scheldt. Here you get excellent views of Castle Marnix de Sainte Aldegonde on your way back to Bornem. You need to follow junctions 1, 5, 21, 22, 27, 21, 5 and 1.

An excellent cycle route in this area was described by Dave Meyer in the January 28 issue of Flanders Today. Starting at Mariekerke, it incorporates not just one but two ferry crossings over the Scheldt. The ferryman will appear as if from nowhere, on the hour and half-hour, to take you across. And if you are wondering who pays the ferryman, it’s not you; they are free to use.

Bornem gives its name to two beers: Bornem Double and Bornem Triple. Both are served in great quantities at local festivities such as the Mariekerke Eel Festival at the end of May. However, be careful how many Triples you consume as its strength is a whopping 9%. However, the region is most famous for its Duvel beer, which is brewed at the Duvel Moortgat brewery in nearby Puurs. The Duvel visitor centre is open every day, but a guided tour must be booked in advance. The beer was originally called Victory Ale to commemorate the end of the First World War. Apparently a local shoemaker and friend of Albert Moortgat described the beer as “nen echten Duvel” or “a true Devil” during a tasting. And Duvel was born.

8 thoughts on “Where to cycle or walk around Bornem”