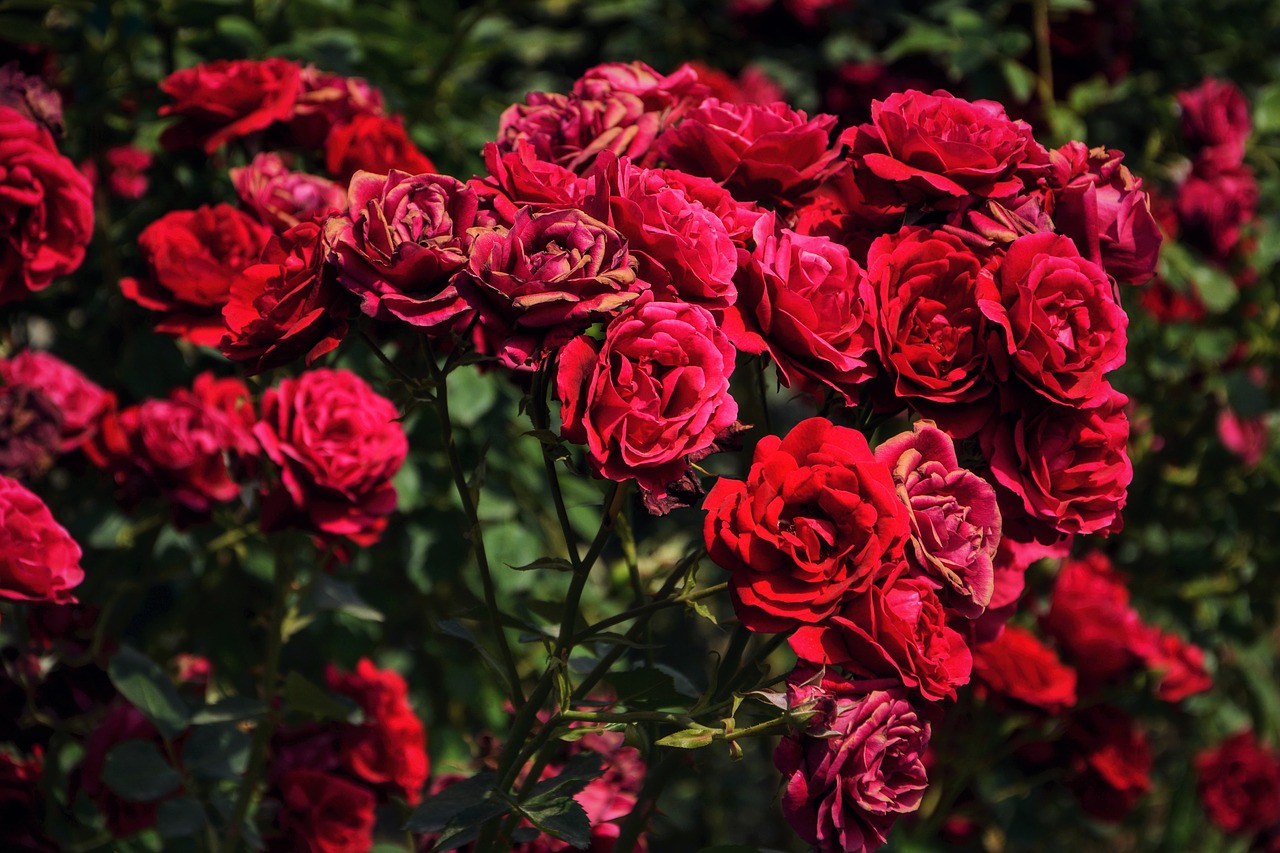 The Coloma Rose Garden is once again open to visitors, and is looking spectacular!

If you have even a passing interest in roses, then the Coloma Rose Garden is a must-visit place. With its impressive displays of more than 3,000 varieties of roses from 26 countries, Coloma is one of the most extensive rose gardens in Europe.

The Coloma Rose Garden is located at Joseph Depauwstraat 25, 1600 Sint-Pieters-Leeuw. It’s open from 9 am to 8 pm every day throughout the summer 2021 except Mondays when it’s closed. Entrance is free.

The Coloma Rose Garden is close to the centre of Sint-Pieters-Leeuw and can be reached by public transport as follows:

By car it’s even easier to access, via the N6 or from junction 19 of the Brussels Ring, Beersel exit. Note that the garden does not have much shade, so on a hot day go prepared with suncream and water!

When I visited, I was not disappointed. With its impressive displays of thousands of roses from all over the world, Coloma is one of the most extensive rose gardens in Europe. You can probably find every type of rose on the planet there: antique roses, the most recent hybrids, climbing roses, rambling roses and bush roses.

Set in a castle’s grounds

The rose garden is located on the grounds of Coloma Castle, the most famous building in Sint-Pieters-Leeuw. Built as a fortress in the 15th century, Coloma Castle was transformed into a country residence (known in Flemish as a lusthuis). Through the ages, the castle changed owners several times, and was eventually purchased and restored by the municipality of Sint-Pieters-Leeuw.

Park Coloma, covering an area of 15 hectares, was originally conceived and laid out in the French style, with intercrossing narrow walkways, right-angled ponds, a canal, and overall geometrical symmetry. In the 18th and 19th centuries the English garden architectural style was adopted and still remains evident today. Particularly in the south-east section of the park, with its curves, meandering paths and more luscious vegetation.

The Coloma Rose Garden is divided into five areas. The first incorporates a traditional geometric structure, with garden pergolas and glazed or wooden verandas. I particularly liked the varieties in red and white that have been planted in designs representing the heraldry of Sint-Pieters-Leeuw.

The second garden occupies a slightly higher position and hence gives good views over Coloma as a whole. Here the emphasis is on roses cultivated by Flemish horticulturists. The third rose garden traces the evolution of the rose across the ages, from 18th century varieties to the most recently cultured varieties. The fourth area is set out in landscape style, while the fifth is devoted to 400 long-stemmed rose bushes.

The whole area is incredibly well maintained. I hardly saw a dead-head, and the borders are neatly manicured. And try as I might, I didn’t spot a single greenfly or aphid, while my garden rose’s blackspot and rust don’t seem to have appeared in Coloma. At the same time I didn’t see a lot of bees and butterflies either, which suggests that the rose garden is heavily sprayed in order to keep everything in tip-top condition, which is understandable considering the rarity of some of the varieties.

I didn’t investigate it (as I wanted to make the most of the sunshine), but in the park next to the rose garden is the Rose Museum. Here you can find all you want to know about roses. The museum is particularly proud of its interactive digital rose encyclopaedia. There is also a café on site. Entrance to the Coloma Rose Garden is free.

The Coloma Rose Garden is an excellent place to visit for an hour or two. If you’re still not convinced, here are some more photos, sent in by Jofi Yance. Thanks a lot Jofi! You can see more of his photos of Belgium and elsewhere on Instagram @jofi.jofi

I’ll be introducing other parks and gardens in Belgium open to the public this summer. If you want to be notified about them, add your email below:

I hope you found this post useful. This blog has nearly 400 suggestions for tips to explore Belgium. If you would like to support it and keep the reading experience free of intrusive advertising, please consider buying me a coffee to contribute to the costs of running it. Thank you. Denzil