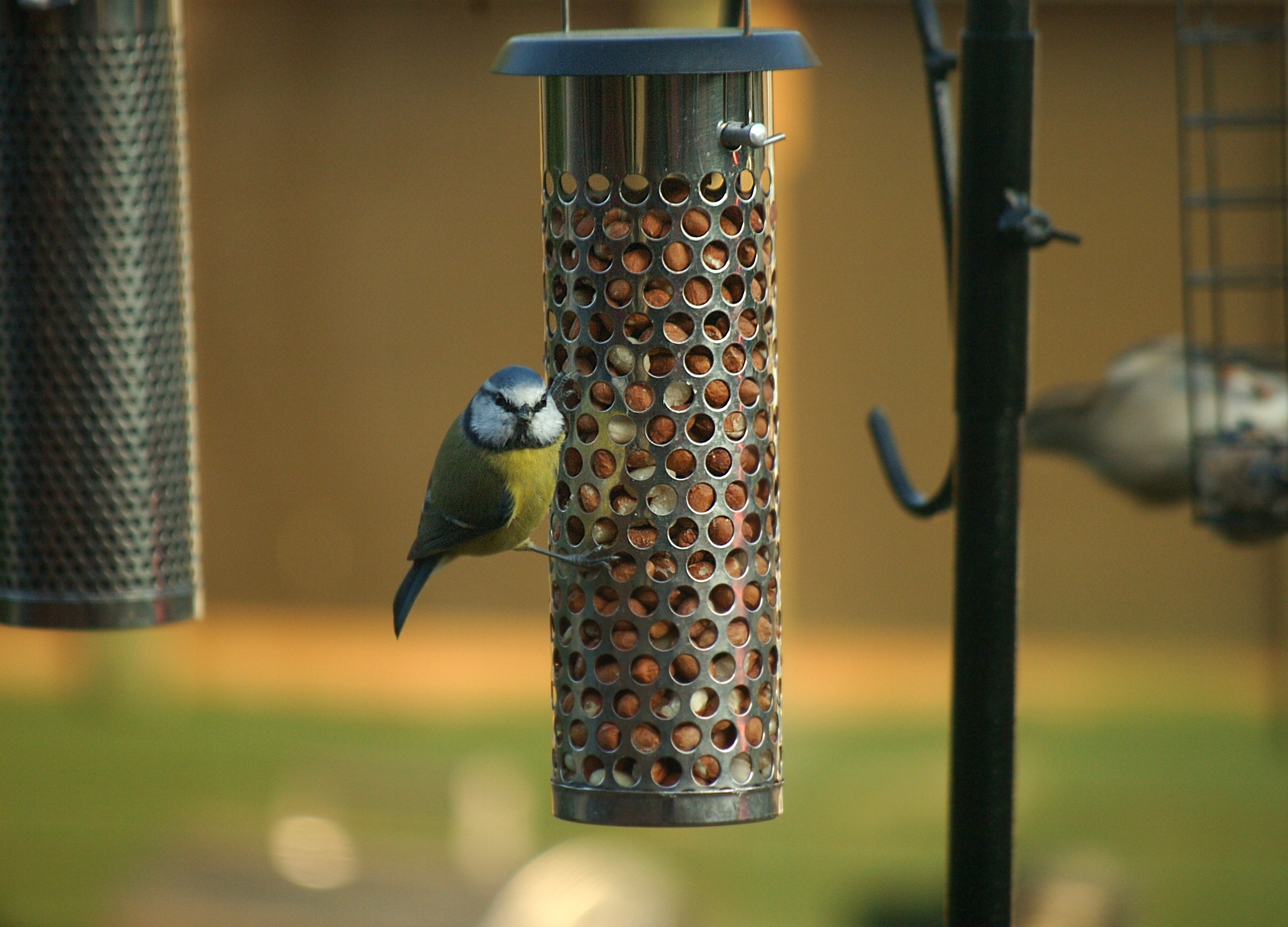 Next weekend – February 1&2, 2014 – it’s that time of the year again. It’s time to count your garden birds, at least if you live in Belgium, although many countries now hold an annual garden birds census. I’ve written earlier about how you can count your birds here. In this post I just want to encourage you to feed and attract birds to your garden, because you may be thinking “I never get any birds in my garden!” So here’s a little story.

We moved house recently. Where we had previously lived for 18 years I had built up quite a wildlife-friendly garden, with plenty of ground cover, a small wildflower meadow, butterfly- and bee-friendly plants, an insect hotel, a bird table, bird next boxes etc. So all year-round there was always something to see in the garden, and during the winter the birds knew that they could always find a ready supply of fruit, seeds, nuts and water. I actually kept a count of the visiting birds each year. In 2008 we had 122 birds of 27 species visiting the garden. In 2010 the record was broken with 123 birds, although of fewer species (18).

In September we moved to our new home. The garden contains absolutely no plants at all. It is just grass, and a garden shed. No borders, no bushes, no flowers, no trees. Not surprisingly, there were also no birds. In the middle of September I put up my bird table, two seed holders with sunflowers seeds, a peanut holder, and two fat balls. And started spreading bread and seeds on the grass. And watched, and waited. Nothing. I was beginning to wonder if there were any birds in the neighbourhood at all.

In October I had my first visitors. A couple of collared doves. Then a great tit discovered the nuts, then another great tit, then a few blue tits, a couple of blackbirds. As I continued to put out food, word got around. A few wood pigeons arrived, followed by some jackdaws. As the colder weather began in November, chaffinches, greenfinches and house sparrows turned up.

Just recently, I recorded the 100th bird in the garden, and the number of species had risen to 18! By the way, I still haven’t planted a single plant yet in the garden! So don’t despair, thinking that birds don’t want to visit your garden. As Kevin Costner saidÂ  (more or less) in Field of Dreams, “feed them and they will come.”

By the way, if you’re thinking what these 18 species are, here’s the list to date:

1 thought on “Count your garden birds”