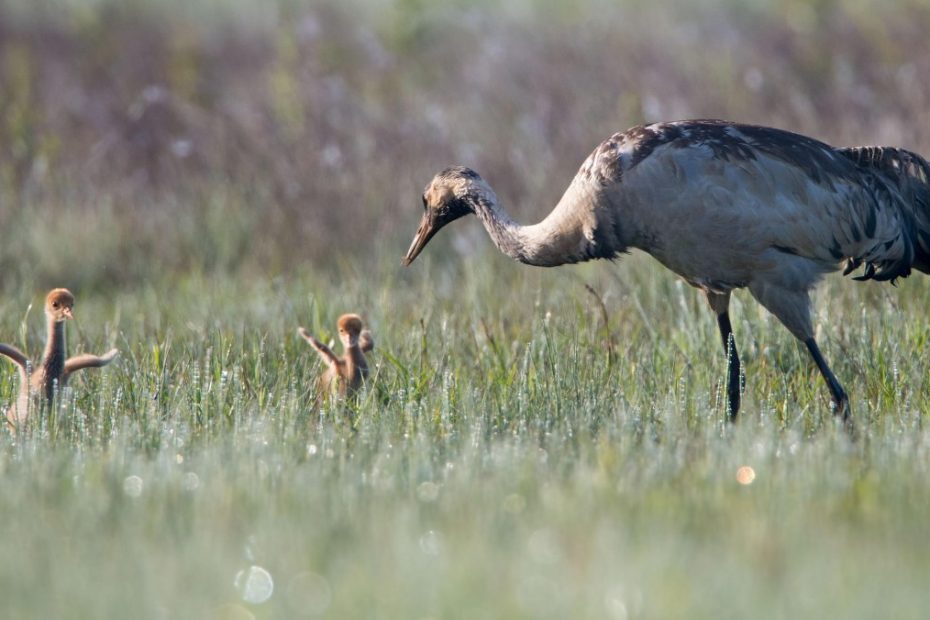 An update on the first pair of Common Cranes ever to nest in Belgium.

I recently mentioned that Common Cranes had successfully bred in Belgium. This is a first for Belgium, certainly for as long as records have been kept anyway.

The two “cranelings” hatched in the Valley of the Zwarte Beek in the province of Limburg in spring 2021. The twins were named Gru & Dru, after their Latin name (Grus grus) and the long-legged twins from the animated film ‘Despicable Me’.

A close eye was kept on their development. The first few days were particularly nail-biting and nerve-racking for the Natuurpunt team of observers. Small fluffy chicks would be a tasty morsel for all kinds of predators.

But they made it through those critical first weeks, grew, and eventually tried out their wings. The short video below gives a lovely summary of the first few months of Gru and Dru’s lives in Belgium.

This success is due largely to the outstanding and intensive nature management in the valley area and is a huge boost for nature conservation throughout Flanders.

Meanwhile, Genevra from Flanders Battlefield Tour saw my tweet and added a video of two Grey Crowned Cranes that she saw last year in West Flanders: