The cycle highways (fietssnelwegen) of Flanders 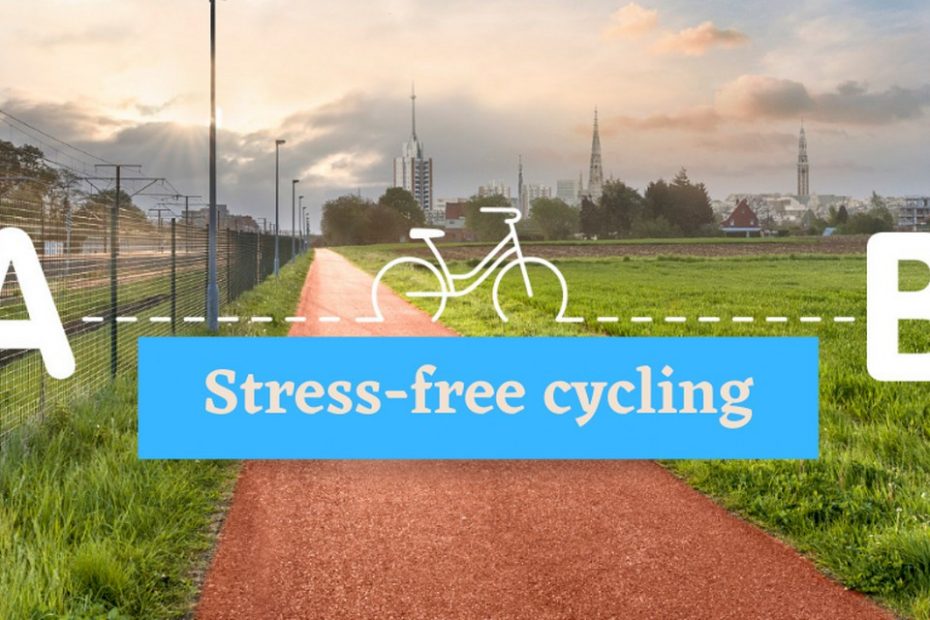 A network of cycle highways across Flanders is helping cyclists get from A to B as quickly as possible.

Flanders is putting in place an extensive network of fietssnelwegen or cycle highways. The eventual objective is to provide 2400 kilometers of high-quality, direct, wide and well-maintained cycle highways for commuters to use from their homes to their places of work. In this way they provide an efficient, eco-friendly alternative to commuting by car. Over half that distance is currently up and running (sorry: up and cycling!).

As junctions and traffic lights on these highways are limited, the cyclist should be able to comfortably maintain a speed of 25 km/hr. This makes it easier to plan your cycling time and therefore reach your destination – such as your workplace – on time. In some places, new and dedicated cycle paths have been constructed. In other places the cycle highways incorporate existing roads, cycle paths, canal towpaths, country lanes etc. In general, a cyclist has priority over other forms of traffic along the cycle highways.

How can I recognize a cycle highway?

The cycle highways have their own logo. This is a blue triangle with a white F.

In my experience, these are liberally sprinkled along the routes and surrounding streets, as well as sprayed on the highways themselves. Each individual cycle highway is identified by a number. So F3 runs between Brussels and Leuven.

Can I ride my e-bike on the bicycle highway?

E-bikes are most definitely allowed. As to speed pedelecs which can reach 45 km/hr, currently these are considered mopeds under Belgian law. The intention is to open up as many bicycle highways as possible to speed pedelecs.

Can I use a moped on the bicycle highway?

Can I use a cycle highway for recreational purposes?

Recreational cyclists are certainly allowed to use the cycle highways. But you should remember that they have been constructed with a functional goal in mind: to get cyclists from A to B in the quickest way possible. So they often follow the shortest routes, which could be alongside a railway or motorway. In other words, they aren’t necessarily the most scenic routes. If you want nicer recreational cycling routes, you should stick to RouteYou, Fietsnet or Fietsroute.org where you can find routes that pass by points of interest, picnic benches, abbeys, castles, cafés etc.

Can I walk along the cycle highway?

Yes, but bear in mind they are designed for cyclists. And during the morning and evening commutes they can be quite busy!

How extensive is the network?

Currently Flanders has 110 designated and numbered cycle highways. Of the 308 Flemish municipalities, 258 have a cycle highway on their territory. It’s a continuously developing network. Not all the 2400 km are currently cyclable; some are under construction.

Wallonia is a bit behind Flanders with cycle highways. It does already have an extensive long-distance cycling network called the Ravel. But it’s not specifically geared towards getting people into towns and cities.

However, there is good news. In the next few years, the Wallonia government intends to build five cycling highways into Brussels.

One will follow the E411 motorway for 12 kilometers from Louvain-la-Neuve and Wavre and then connect up with the existing F204 cycle highway in Flanders. A second cycle highway is to run alongside the N275 motorway for 15 km and will connect Ottignies, Rixensart, La Hulpe and Watermaal-Bosvoorde – thus linking up with the current F205 cycle highway. These are expected to be completed by 2023 or 2024. Cycle highways from Waterloo, Eigenbrakel and Tubize are planned for a later stage.

Where can I find a map of the cycle highways?

You can always find the most up-to-date status of the routes and their projects at the fietssnelwegen website. You can enter your postal code to find the cycle highways in your area.

Very good! I’ve used the F25 to Aarschot, F8 to Mechelen, F24 to Tienen, and the F203 into Brussels. But the cycle highway I use most frequently is the F3 between Leuven and Brussels. It really is an excellent highway. The authorities even made special openings in road bridges over the railway to make a direct route for cyclists. Before, we used to have to take an annoying detour.

Also impressive is that at regular intervals along the cycle highways are cycle repair posts! They include a facility for blowing up your tyres, and a range of common bike tools for simple adjustments or repairs.

The network isn’t perfect. There are some locations where cycle highways cross busy roads, and where a bridge or traffic lights would certainly be helpful. But there seems to be a general drive to improve things. The news section of the cycle highways website gives updates of the fixes to the problems, and the newly opened cycle highways.

What’s your own experience with the cycling highways? Good? Bad? Indifferent? Drop me a line or leave a comment below as I’d love to hear your thoughts.

As always, you can subscribe below or learn how to support this blog here.

13 thoughts on “The cycle highways (fietssnelwegen) of Flanders”