Cycling along the River Demer and River Dijle 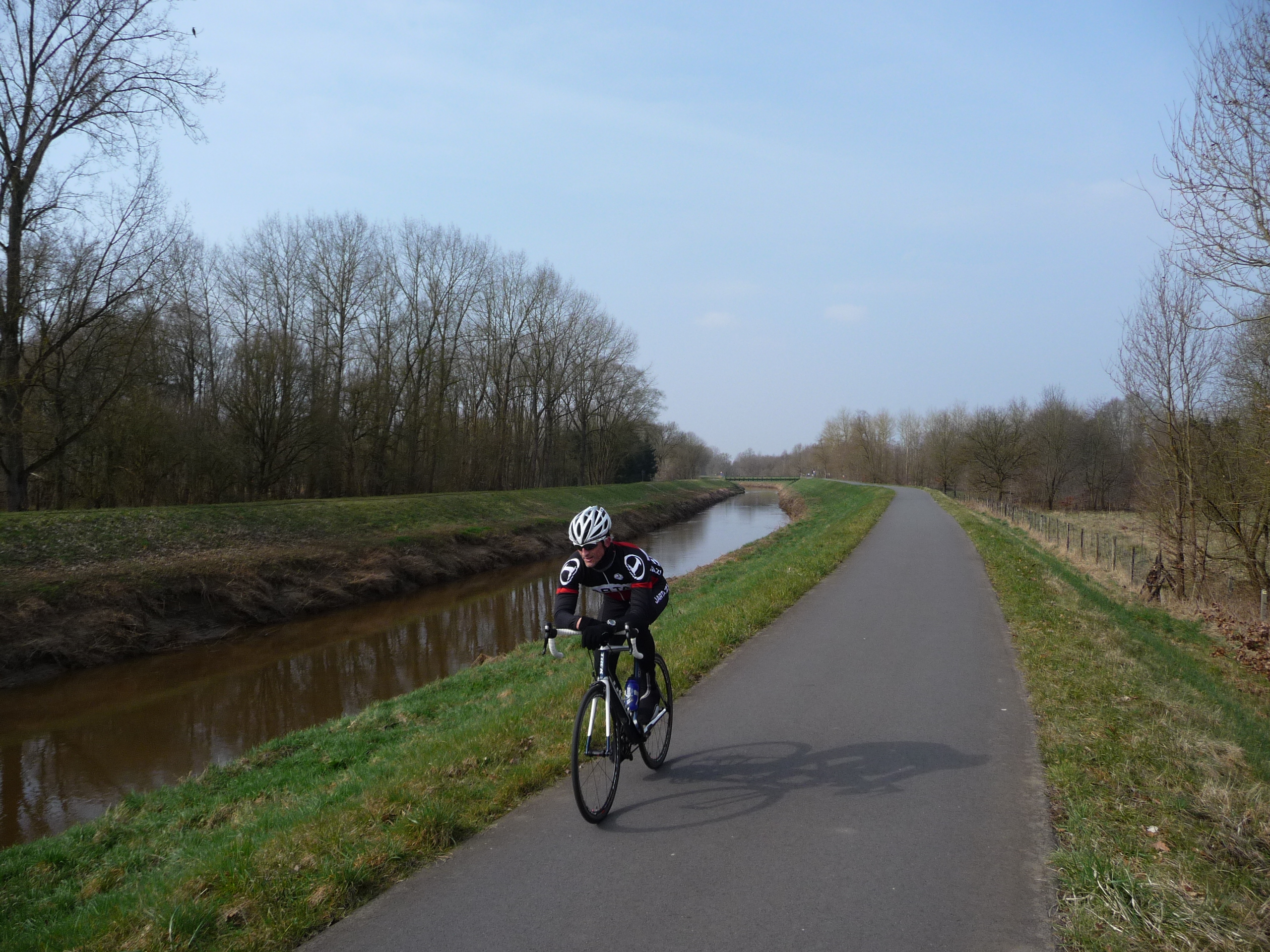 The cycle paths along the Rivers Dijle and Demer are generally excellent, and guarantee kilometres of safe cycling

The last few weekends I have been exploring the cycle path along the Rivers Demer and Dijle, or at least part of them. I firstly cycled along the Dijle from near Mechelen down to Werchter, to the junction of the Dijle and the Demer. Today I approached that same junction from the other direction, having cycled to Aarschot first and then along the Demer to Werchter. Here is a map of my route if you are interested.

I have to say the cycle paths are truly excellent: broad, well-maintained and well-signposted. The countryside is interesting, particularly as the rivers meander through farmland, small woods and the occasional village or small town.

This morning, it was firstly a quick dash up the N19 from Leuven to Aarschot. It’s a busy, noisy road, but the shortest and quickest way to get to Aarschot. And even along this road, there is a perfectly adequate cycle path, apart from about 100 metres in the centre of Wezemaal.

Aarschot is a pretty market town:

The cycle path is easy to find, although I thought I wasn’t going to make much progress when this sight greeted me:

But then it was into the open countryside and following the Demer along its winding course:

There weren’t too many benches along the Demer, but along the Dijle there were regular stopping places:

A good stopping point along the Dijle is the Oude Hansbrug brasserie, here shown when I visited it in sunnier times:

It’s named after the old drawbridge over the Dijle. The one currently standing was built in 2005 but in the style of the old one from 1890.

Also of interest is the Anti-Tank Barrier just outside Haacht. This defensive line was built shortly before the start of the Second World War to repel a possible attack by the German army. The wall was ineffective, as the Germans took a wide detour around it. In 1997 the Flemish nature conservation organisation Natuurpunt made it a protected natural area. On the way back I came across a further war memorial in Rotselaar, but this time concerning the First World War:

It commemorates the Battle of the Mill on 12 September 1914, when 300 Belgian and 50 German soldiers lost their lives during a fierce battle to take/hold two bridges over the River Dijle at this point.

As you’ve probably realized from my blogs, you don’t go far in this country without being reminded of the two world wars.

Finally, a note about my end destination on both these trips: Werchter. This tiny village has become well-known throughout Western Europe, and maybe elsewhere too, for Rock Werchter, one of the five biggest annual rock music festivals in Europe.

Interestingly, when I was looking at my map just outside the village, I was approached by a guy who asked me if I was lost and needed help, and we got chatting. He told me he was one of the original organizers of Rock Werchter when it started (in 1976, although he couldn’t remember the actual date). The original aim was to put on a popular music concert for the Chiro, a Flemish youth organisation originally founded on Christian values. He said that as the concert grew, a bank loan was necessary to get the Rolling Stones, and the local Catholic priest went along to the bank to vouch for the organizers. The loan was given, but the Stones needed paying partly in gold bars!

It sounded very far-fetched, but I didn’t want to question him too closely. However, looking at the history of Rock Werchter, there’s no reference of the Rolling Stones appearing there until 2014!

If anyone has any insight into the early beginnings of Rock Werchter, do drop me a line.

7 thoughts on “Cycling along the River Demer and River Dijle”