Cycling along the River Schelde 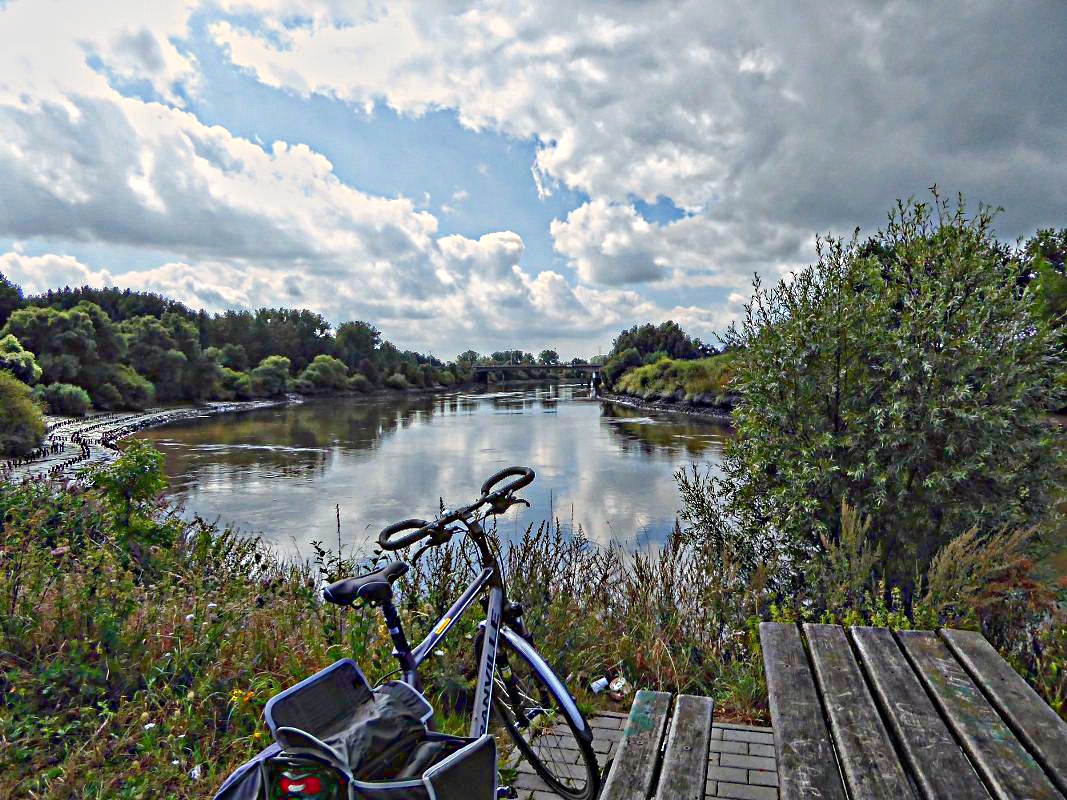 One of the attractions of cycling along the River Schelde is the chance to hop on and off the free river ferries!

The Schelde (also spelled Scheldt or Escaut) is a 435-kilometre long river that rises in northern France and flows across Belgium to its North Sea outlet in the Netherlands. It drains one of Europe’s most densely populated areas, passing through the coalfields of northern France, the industrial conurbations around Lille, the Belgian textile centres and the agricultural fields of Flanders. No wonder that by the time it reaches Antwerp it’s a filthy brown colour.

The Schelde is therefore never going to win any prizes for the most picturesque river. However, its cycle paths between Dendermonde and Antwerp are, in my opinion, extremely prizeworthy. In fact I would place them among the best cycle paths in Belgium that I have had the pleasure of cycling along.

For a start, they are broad: in many places cyclists could easily cycle four-abreast. They are well-maintained, generally being flat and smooth with not too many cracks and potholes. They are extremely well-signposted, not only with the Flemish cycling junction network but also with the long-distance Flemish cycle paths. And for the most part they are totally free of motorized traffic (unless you count e-bikes!). Oh and a last benefit: they are liberally sprinkled with plenty of picnic benches and cafes.

Where to start from?

Looking at the map of the Schelde cycling network, you are clearly spoilt for choice:

I chose to start just south of Antwerp in the town of Hemiksem, at junction 70 of the cycling network. I set my GPS for Callebeekstraat, where I found plenty of space to park my car and unload my bike. Yes, I recently invested in a bike carrier for my car, which enables me and Liz to explore cycle paths outside our home area.

Today I decided to cycle down the south side of the river Schelde and back, a journey of 80 kilometres. I had a thoroughly enjoyable day, and I hope to return to cycle along the Schelde further upstream beyond Dendermonde, or even along the Schelde estuary from Antwerp via Terneuzen to Breskens.

Here are some photos:

One additional fun aspect of cycling along the River Schelde is that you have the opportunity to cross the river on a number of ferries! This saves you from having to make long detours, or from using the busy bridges. The one I used ran every half-hour. It’s a simple matter of queuing up to use the ferry, waiting until the ferry appears from the other bank, hopping on, and enjoying the (free!) ferry ride. It’s an aspect that will probably also appeal to children.

I hope you get the opportunity to try out this great cycling area for yourself. Let me know how you get on. Any questions? Just contact me using this form or on WhatsApp:

And to get more cycling suggestions in your inbox, just add your email below:

3 thoughts on “Cycling along the River Schelde”