A day in the Molignée Valley in Namur province 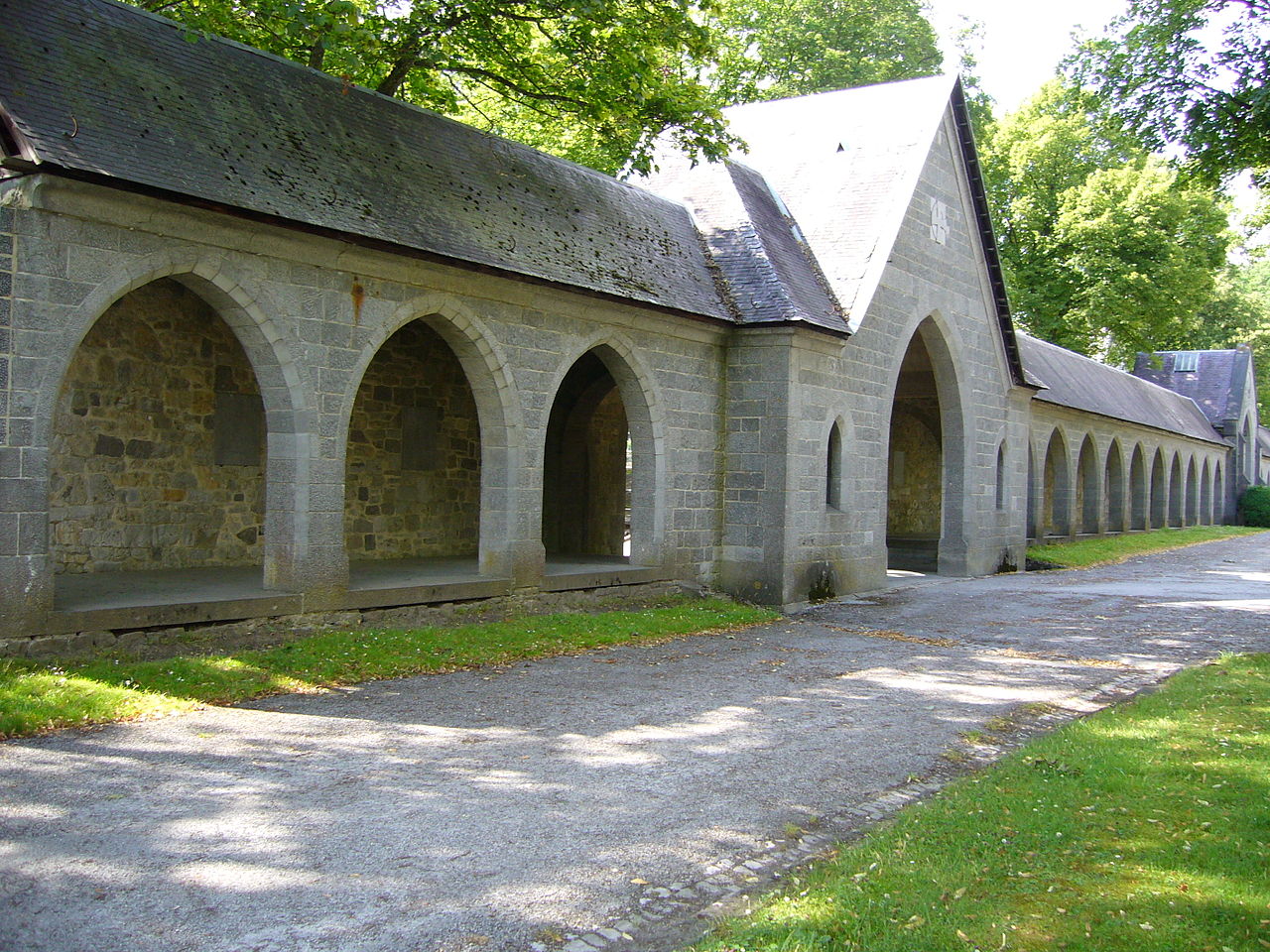 A day in the Molignée Valley, south of Namur, could incorporate a country walk, a visit to the historic ruins of Montaigle Castle, a tour of the Abbey of Maredsous, a visit to a snail farm, and a trip on a rail-bike.

To reach the Molignée Valley by car, take the E411 until junction 19, and then the N937 through Purnode to Yvoir. Here you can stop at the tourist office and pick up the relevant maps and information.

There are numerous walks through the Molignée Valley. One of my favourites starts from the car park just past the Relais de Montaigle (ideal for an early snack) by the 7 km sign on the N971. The car park is marked Montaigle Castle. It takes you through forests, meadows, along the River Flavion and to the impressive ruins of Montaigle Castle, which you can visit for a small fee (4 EUR).

Montaigle Castle overlooks the confluence of the Rivers MolignÃ©e and Flavion, and was occupied by a Roman garrison at the end of the 5th century. In the 14th century it was expanded by Guy de Dampierre, Count of Namur, a key figure in the Battle of the Golden Spurs (1302). Further rebuilding occurred in the 15th century, and much of the remains date from this period.

In 1554 it was burnt down by troops of Henri II, King of France, and left to deteriorate, with local inhabitants using it as a valuable source of stone. However, in 1854 it received a lifeline when it was purchased by the Count of Beauffort who sought to protect it from further damage. This work was carried on by the del Marmol family, owners of Montaigle since 1865, and latterly by “The Friends of Montaigle” from 1965 onwards.

After your visit to the castle ruins, the Molignée Valley, offers a number of cafes and restaurants for lunch.

In the afternoon, for something completely different, why not visit the escargotiere in Warnant, and discover how snails are cultivated? There is also a shop where you can buy snails prepared in ways you never imagined.

If looking at snails isn’t your idea of a good time, then just down the road is the rail-bike station. Here you can jump on a rail-bike and pedal along the old railway line to the next station along the valley. The hire of a rail-bike (for 4 people) costs EUR 17 at time of writing.

Another possibility is a visit to the working monastery at the Abbey of Maredsous, which is further along the valley. The Abbey was founded in 1972 by Benedictine monks who came from Beuron in Germany at the request of local industrialists who provided the land and much of the finance. You can visit the cafeteria and sample a range of local produce such as bread, cheese and beer. A shop displays a range of religious goods, books and music. The exhibition centre has permanent cheese and beer exhibitions, and temporary cultural exhibitions.

If you still have time, 2 km south of the N971 is the village of Falaan, which has been voted one of the prettiest villages in Wallonia.