Situated between Brussels and Lille, Picardy Wallonia offers some great hiking and cycling opportunities. Here’s a walk around Frasnes-lez-Anvaing.

Picardy Wallonia is the beautiful area of countryside you can see from the high-speed train as it shoots between Brussels and Lille. It includes the towns of Tournai, Ath and Mouscron as well as plenty of green hills and forests. It’s promoted as an outstanding area for hikers, and the regional tourism website Visit Wapi gives you plenty of information about the area, places of interest, footpaths and cycle routes, and accommodation if you want to make more than a day of it.

Looking for a hiking route on the website, I chose to download the ‘Les Beaux Sites/De Mooie Plekjes’ Saint-Sauveur. This is a 10-km circular walk beginning and ending in the village of Saint Sauveur which lies in the municipality of Frasnes-lez-Anvaing. I selected this for the distance and because it promised a good climb and magnificent views. It starts from the church in the village square.

I have to say the first 15 minutes were slightly disappointing as the route winds around the outskirts of a not particularly attractive village, but then it seems to find its focus and heads out of the village into the fields.

Dotted along the way are plenty of old and attractive farmsteads. I found the comparison interesting between this area and the region I’ve been exploring recently in Wallon Brabant, where the farms are few and far between and absolutely huge. In Wallonia Picardy the farms are much closer together and much smaller; some more like smallholdings than farms. Judging from the dates on some of them, the peak building years were in the 1870-1890s. Here’s a sample of them. Click to see larger versions.

There were also a lot of pretty little cottages, again some of them dating back to 150 years ago.

As I gradually climbed, the views became more interesting. 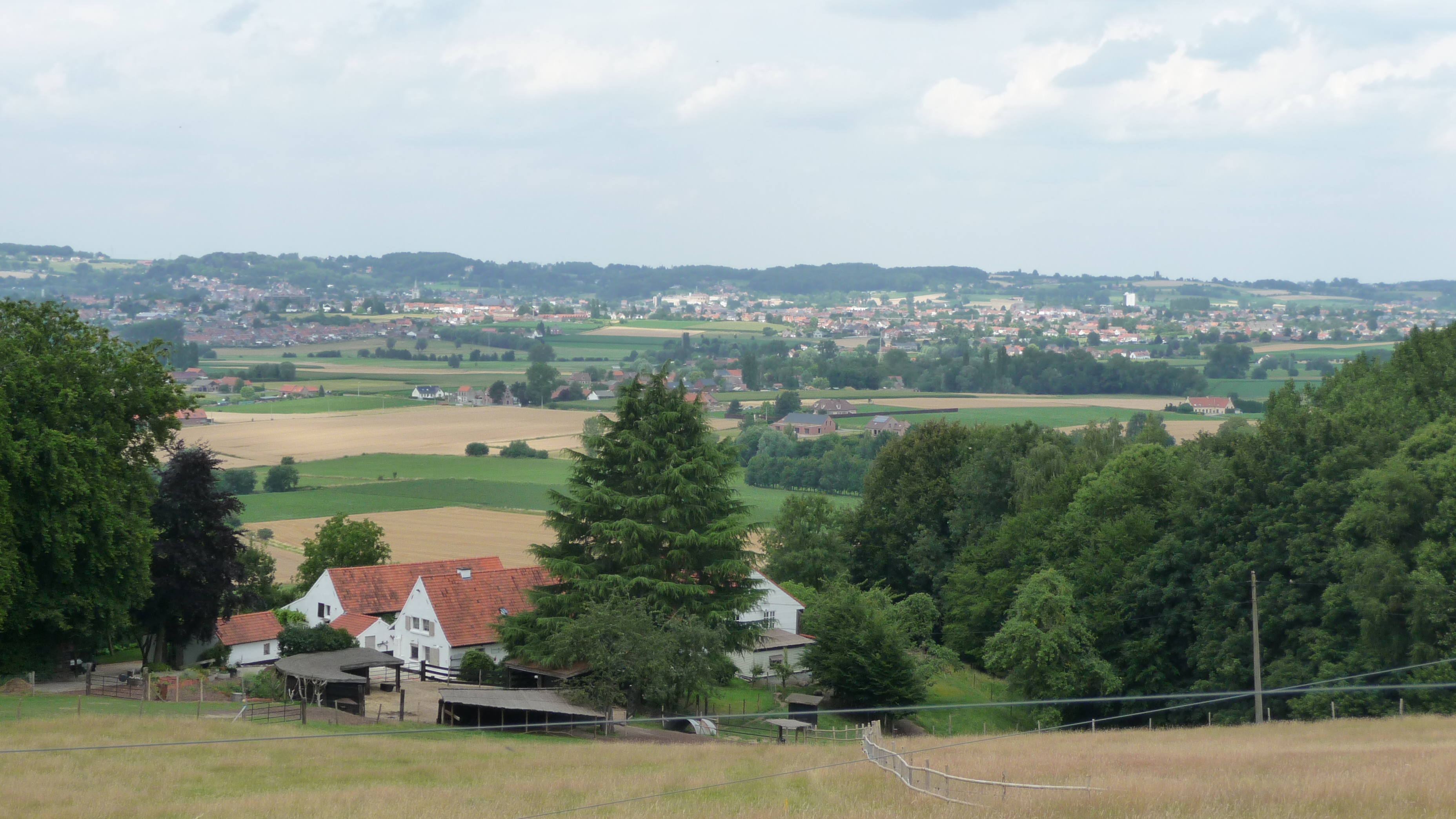 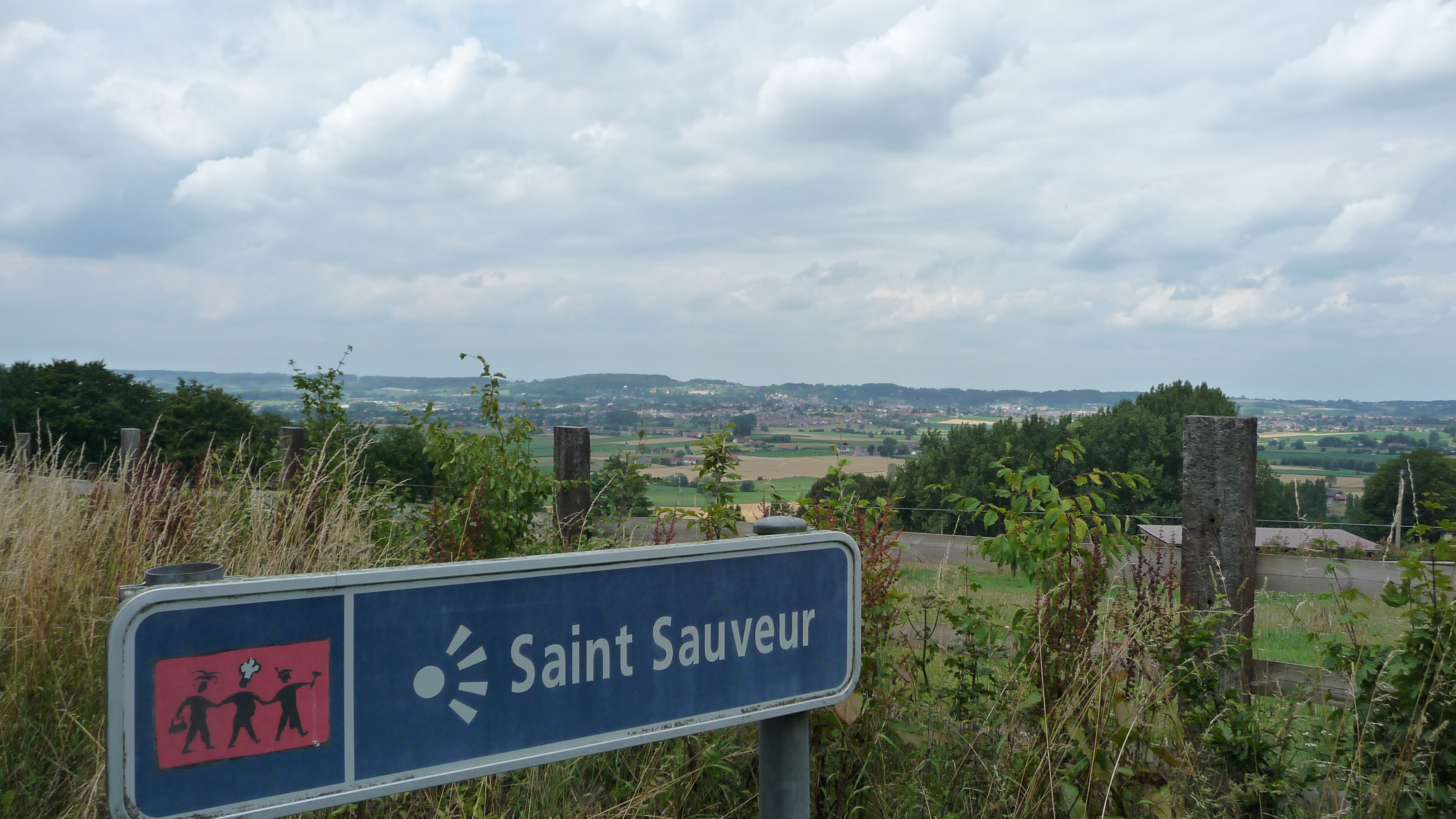 The walk was fun and enjoyable, and gave me good exercise and a lot of fresh air. However, I did have some niggles with the route I had chosen.

Most of it was on roads. Minor, village roads with little traffic, but still roads. I missed the feel of the soft earth under my feet. In fact probably only 0.7 km of the 10 km was on footpaths; the rest was on tarmacadam.

It’s made worse by the fact that locals seem to drive very fast! Not all of them, but a large proportion of them obviously know these small roads very well and drive well above sensible speeds. This obviously reduces the pleasure in walking along these roads.

In addition, there was a lot of roadside litter! This surprised me. I’m used to seeing the occasional discarded cigarette packet, coke tin, beer bottle etc. everywhere I walk, but for some reason, around Frasnes-lez-Anvaing these were here in abundance plus much more: clothes, white goods, household rubbish, building detritus, even a matress, all just thrown into the hedgerows.

However, the area of Picardy Wallonia is well worth another visit. Next time though I will select a different route. If anyone has one to recommend, do drop me a line.

Here is the map I downloaded from the website mentioned above (descriptions in Dutch): Frasnes-lex-Anvaing map (NL) , and here is my map of the route on RouteYou, which you can download to your GPS or print.

Finally, here’s a couple of exotic creatures I came across:

7 thoughts on “Walking around Frasnes-lez-Anvaing”