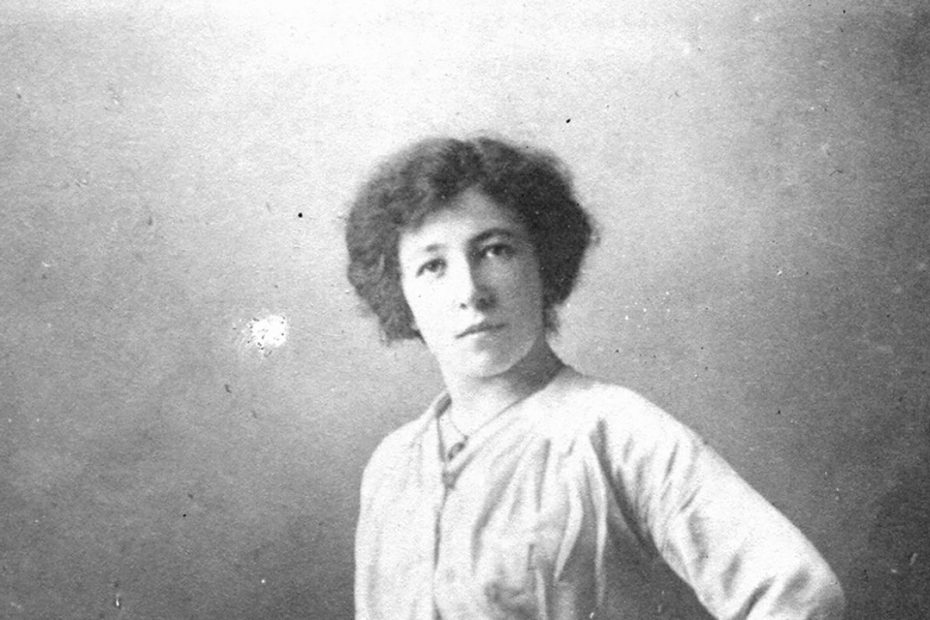 Gabrielle Petit was a Belgian woman who spied for the British Secret Service during the First World War.

In the elegant Place Saint-Jean in central Brussels stands a bronze statue of a young woman. She is depicted standing upright, looking strong and courageous as she faces her demons. The plinth gives her name as Gabrielle Petit and carries her final words: “I will show them that a Belgian woman knows how to die.”

The demons she was facing were the German soldiers of the firing squad as they pointed their rifles at her and shot her through the heart. The date was April 1, 1916. This patriotic Belgian was executed for her role as an intelligence agent for the British Army. She was 23 years old.

Gabrielle Alina Eugenia Maria Petit was born on February 20, 1893 in Tournai in the Belgian province of Hainaut. She was the second of three children. It was not a particularly happy family. Her father, Jules Petit, was a commercial traveler who dabbled in new money-making schemes. His lack of success forced his wife Aline Ségard to scrimp and save on household necessities. The children were brought up close to destitution.

In an attempt to provide the family with a steady income, Aline studied to qualify as a piano teacher at the Music Academy of Ath. But she suffered from ill-health, including heart complaints and stomach ulcers. On July 6, 1902, after a two-hour surgery, Aline died. She was 32; Gabrielle just nine.

Three months later, her father placed Gabrielle and her elder sister Hélène in the orphanage of the Sisters of the Child Jesus in Brugelette. Here they scrubbed corridors, swept floors, peeled potatoes, did the laundry, and served at table. Their father rarely visited them.

Gabrielle was asked to leave the orphanage in August 1908. She sought and found work in Brussels. Firstly as a live-in nanny looking after the children of an attorney. By 1910 she was working in a pastry store and renting a nearby room. Until the summer of 1911 she lived with her lover – a divorced man. When that didn’t work out, she lived in Molenbeek close to the Chaussée d’Anvers. She took a job as a saleswoman in the fur store L’Ours Noir (The Black Bear), making two francs per day.

By the spring of 1914 Gabrielle was working as a waitress in a Brussels café. Here she met Maurice Gobert, a sergeant in the Belgian army. When war broke out a few months later, Maurice was injured and ended up in an Antwerp hospital. After the fall of Antwerp, he went into hiding before crossing the border into the Netherlands in June 1915. Via Great Britain he re-enrolled with the Belgian army in northern France.

Gabrielle had helped Maurice cross the border, and her name came to the attention of the British secret service. They asked her if – for a fee – she would participate in a spying network that the British wanted to expand in occupied Belgium. Gabrielle agreed. As a code name she chose “Mademoiselle Legrand” (the opposite of Petit). She followed a short training course in London.

Spying for the British

On August 17, 1915, Gabrielle returned to Belgium. She threw herself into her new life, monitoring railway activities and troop movements in occupied Belgium, especially in the region of Tournai and Lille. She noted which troops arrived and departed, how many weapons were transported, and the positions of fuel and ammunition stocks, observation posts and anti-aircraft guns. She kept her notes on cigarette paper (if arrested, she could just smoke them) and used a multiplicity of disguises.

Gabrielle was also active in “Le Mot du Soldat”, the extensive network that delivered clandestine mail between Belgian soldiers at the front and their families in occupied Belgium. She was also involved in the distribution of “La Libre Belgique”, the largest underground resistance magazine in Belgium.

Gabrielle was all too aware of the risks she faced. While active as a spy, other spies were rounded up and brought before the firing squad. In the autumn of 1915 alone, 45 Belgian spies were executed.

At the beginning of 1916, the Politische Polizei tracked down Gabrielle and arrested her on February 2. She was betrayed by a mole: a German masquerading as a Dutchman. She was taken to the prison of Saint-Gilles. Over the next few weeks she was interrogated but refused to name her accomplices. Gabrielle regularly bit and insulted her interrogators. She wrote patriotic slogans on the walls of her cell, which were removed each morning by the guards and then reapplied by Gabrielle. One of them was “I refuse to appeal, to show my enemy that I don’t give a damn.”

Her trial started on March 2 and took place behind closed doors in the Belgian Senate, where the Germans dealt with all important military matters. Military prosecutor at the trial was Eduard Stöber – the man who also acted as prosecutor in the trial of Edith Cavell. When Stöber interrogated Gabrielle, she bit him. And still she refused to name names.

Before the firing squad

The next morning the verdict was delivered: the death penalty. The sentence was carried out on April 1, 1916 at the National Shooting Range in Schaarbeek. She had just turned 23.

“She calmly wrote her last messages, distributed her modest belongings, asked the guard to cut off a lock of her hair to give to her nearest, took communion from the German chaplain, and left prison, reciting the Rosary. She strode to the stake in alert step and refused to be blindfolded. As the order was given, Petit cried out “Long live Belgium, long live the …;”

Immediately after the execution, she was buried on the spot in an unmarked grave.

Gabrielle Petit after the war

Although Gabrielle Petit’s death during the war went relatively unnoticed, she grew into a national heroine after the war. Barely a month after the Armistice, a massive flower tribute was laid at the scene of her execution.

At 8 p.m. on May 27, 1919, Gabrielle Petit was exhumed from her grave at the execution grounds. The diggers found her body “clad in a long blue overcoat, pierced by bullets at the heart.” She was given a state funeral in the presence of Cardinal Mercier and Prime Minister Delacroix. It took place on May 29, 1919 in Schaarbeek. People filed past the caskets for an hour, many in tears. Prime Minister Léon Delacroix gave a speech.

“Then, Queen Elisabeth made a dramatic surprise entrance. Dressed in white, visibly touched, she bowed before the casket and pinned decorations to the flags covering the casket.”

In 1923, a statue of Gabrielle Petit was unveiled on the Place Saint-Jean in Brussels – again in the presence of Queen Elisabeth. During the ceremony, 700 school children sang the Brabançonne. The statue is believed to be the first monument to a working-class woman in European history. In Tournai, the city of her birth, a square was named after her.

The quotes above, plus lots of background material, are from this excellent book: Gabrielle Petit: The Death and Life of a Female Spy in the First World War by Sophie De Schaepdrijver published by Bloomsbury Academic (2015). ISBN 9781472590862.

The author also gave this in-depth lecture in English at the Hoover Presidential Library in West Branch, Iowa, USA.

Also on YouTube is this interesting video from 2016 when homage was paid to Gabrielle Petit at a ceremony in Brussels attended by Queen Mathilde.

Thanks also to Andrew Morgan for drawing my attention and sharing his photo of this memorial in Schaerbeek to 35 people (including Gabrielle Petit) who were shot by the Germans during the First World War:

Gabrielle Petit is the latest addition to my series on Remarkable Belgians. You might also be interested in some of the others, such as: