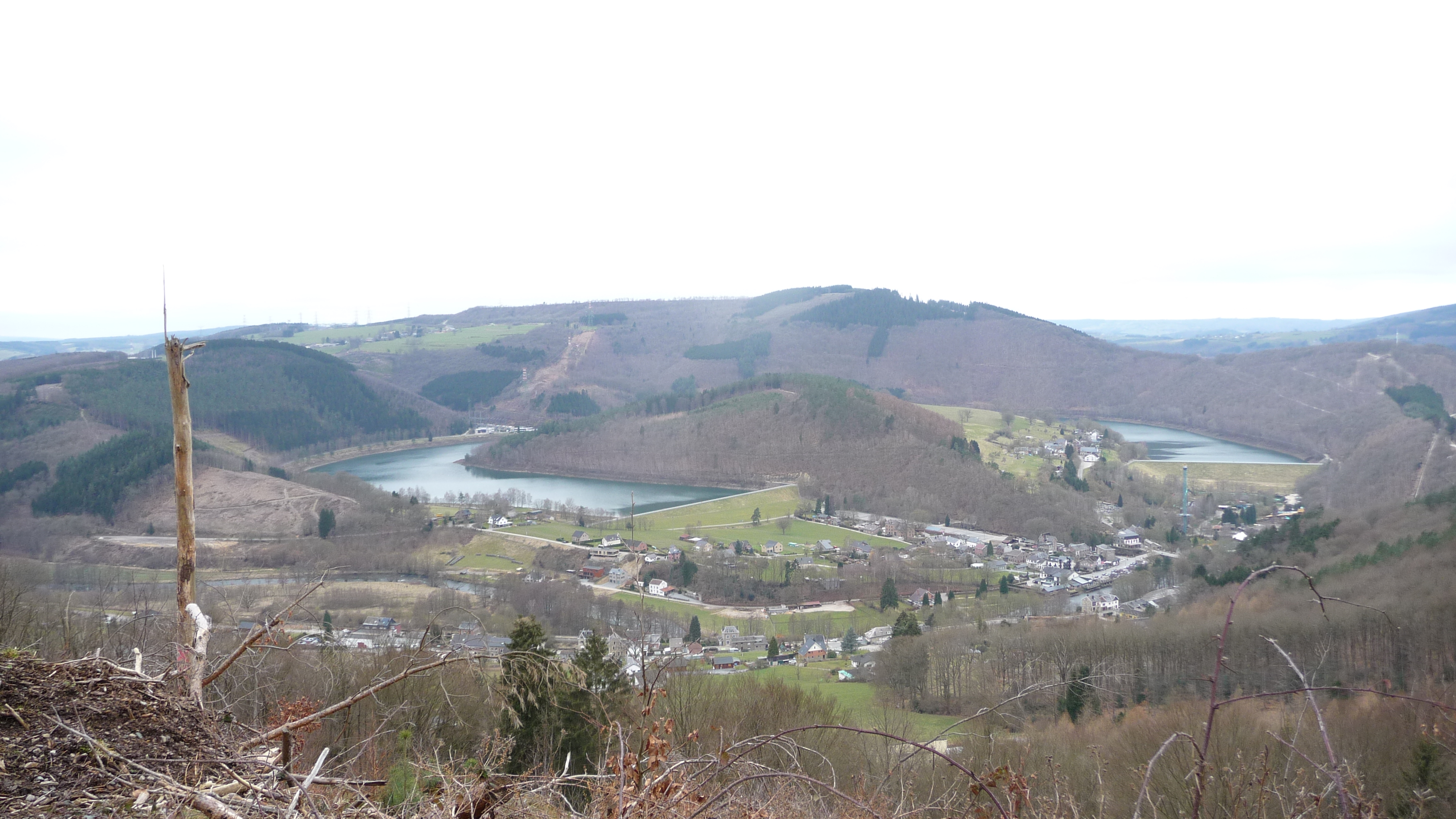 Fully refreshed after my overnight stay at Maggy’s Airbnb after completing stage 2 of the GR 571, and topped up with a lunch packet, I set off from the village of Stoumont at 8:45. I was hoping for some sunshine, but the day started off as gloomy as the day before. But my spirits were certainly not gloomy. It was wonderful to be out early in the fresh air and lovely Ardennes countryside. 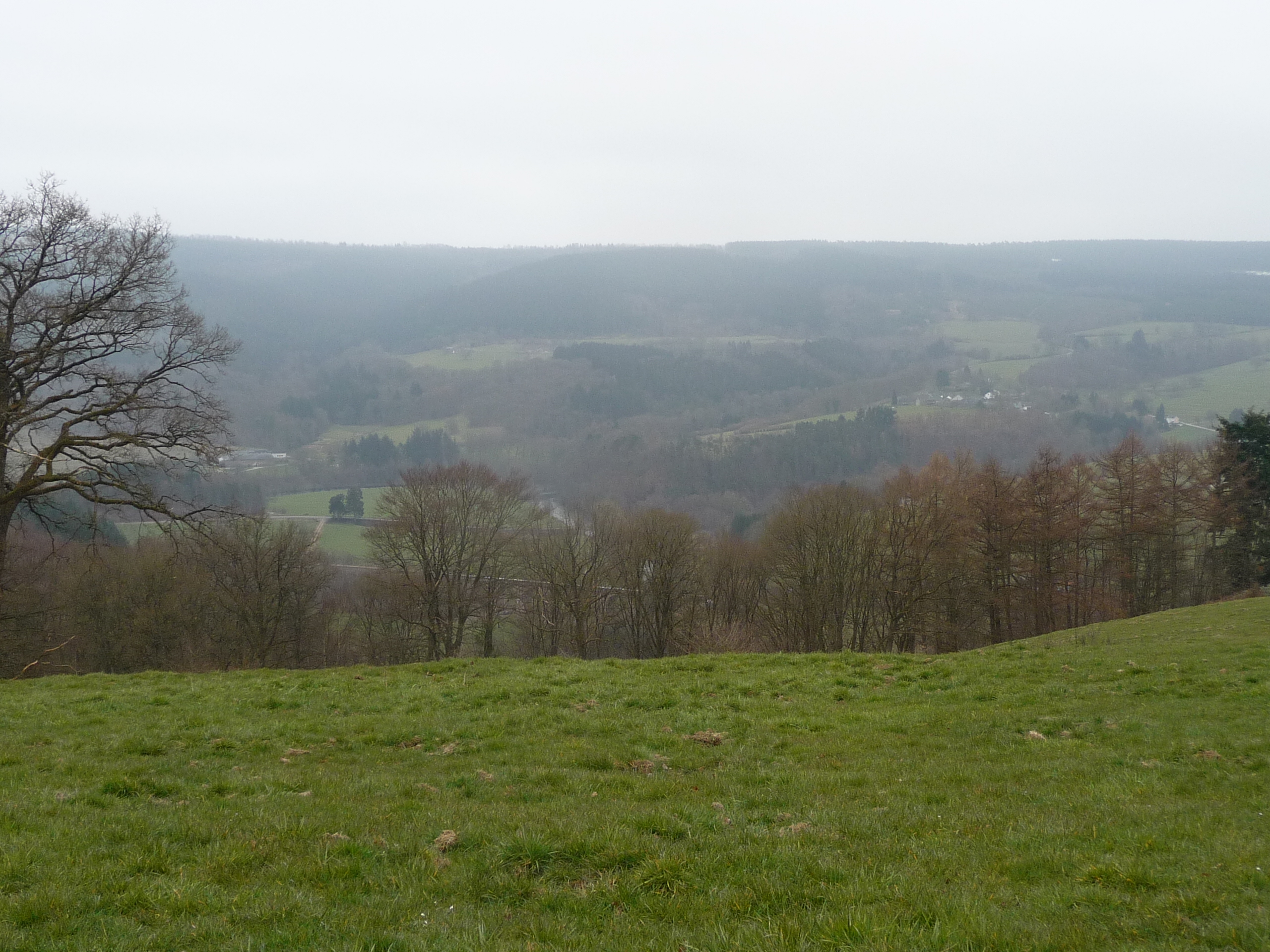 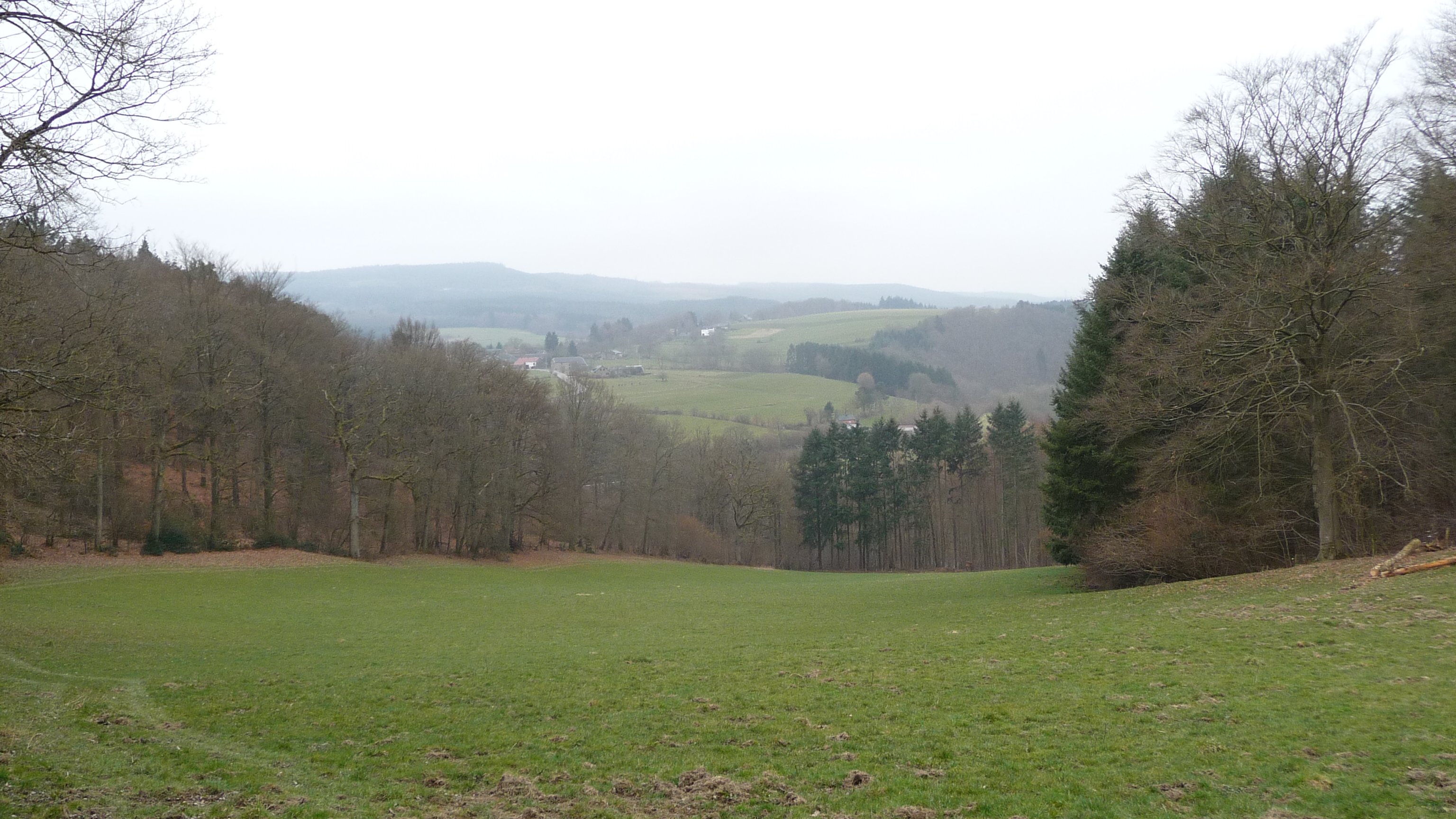 First point of interest was the ChÃ¢teau de Froidcourt. 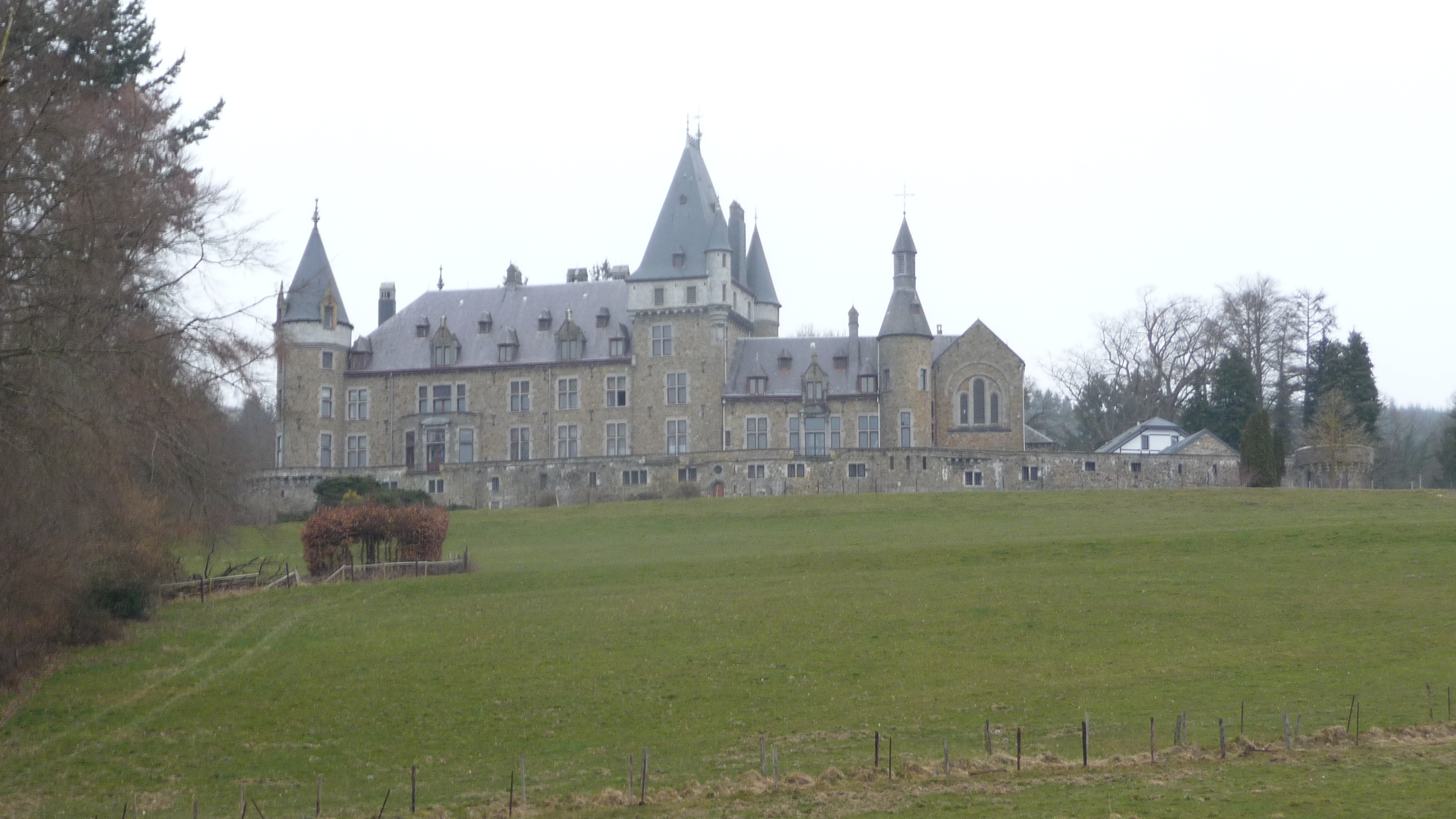 Looks pretty old doesn’t it. In fact it was built between 1912 and 1919 by the Mayor of Stoumont, Charles-Albert de Harenne. (Wasn’t there a war going on in Belgium at that time?). It was built on the site of a medieval castle that guarded the valley of the AmblÃ¨ve river, which was my next photo opportunity: 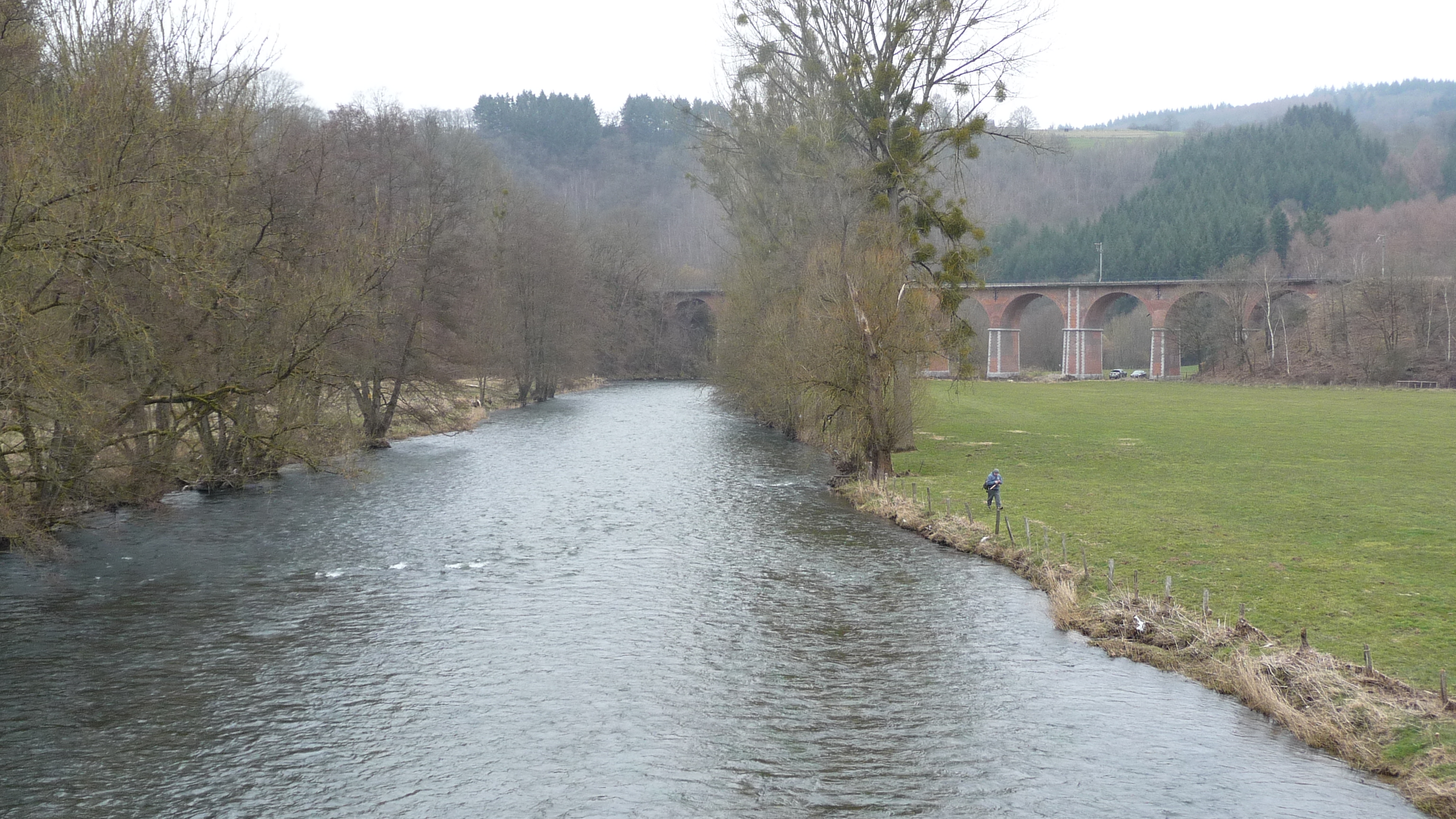 Monceau village was my next port of call. 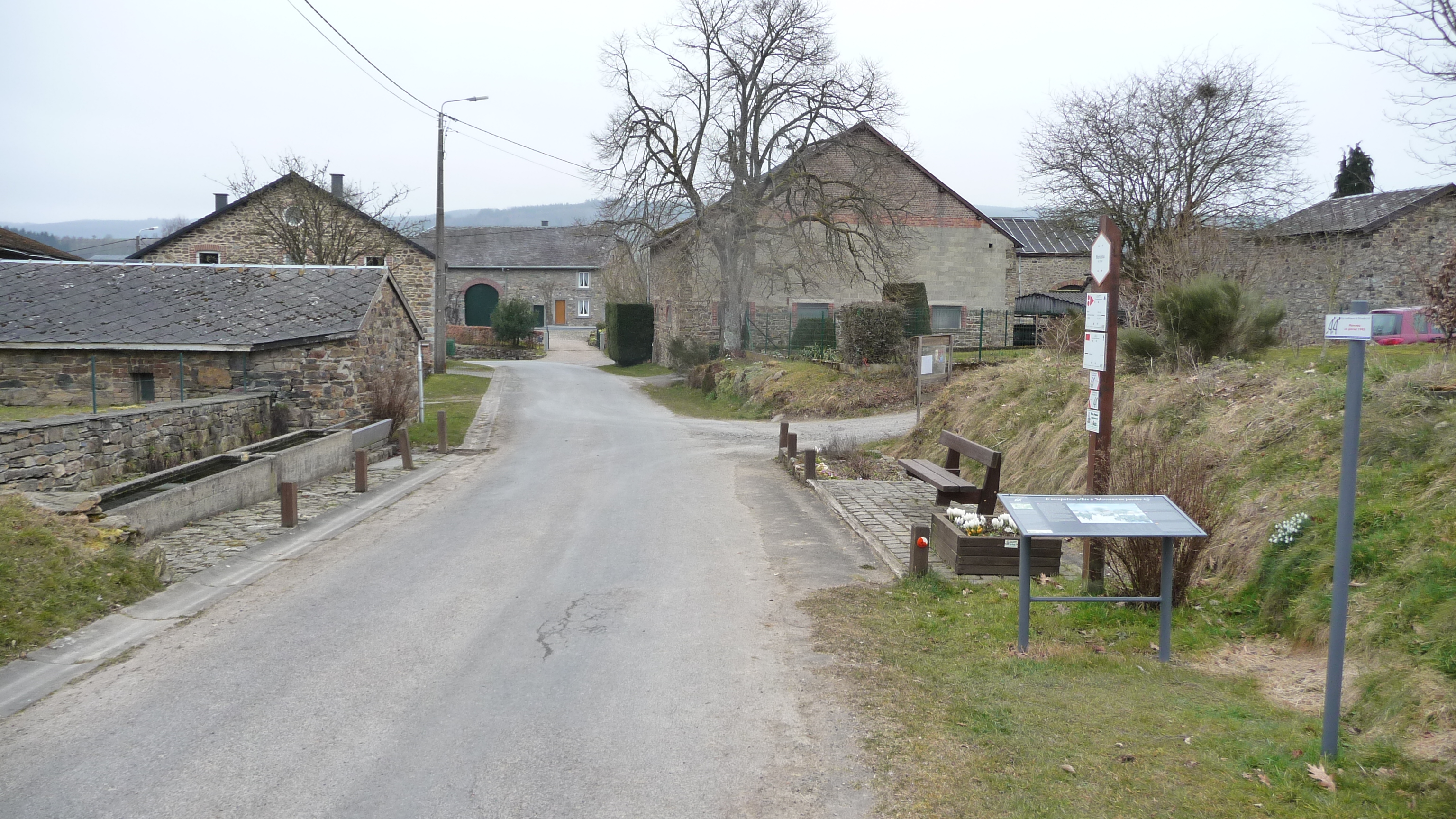 Although tiny, it was the scene of an important mini-battle during the much larger Battle of the Bulge in the Second World War. This was when the Germans launched a surprise offensive through the Ardennes forests on December 16, 1944, which caught the Allies completely by surprise. The 82nd Airborne Division responded quickly, retook Monceau on December 20 and forced the German units back across the AmblÃ¨ve the next day.

The Long and Winding Road

After Monceau the path goes this way and that and ascends to give you some wonderful views across the AmblÃ¨ve valley and to the range of hills known as La Gleize.

Up, up and up went the trail.

Down, down and down went the temperature.

Until I reached the Arctic Circle, or so it seemed. 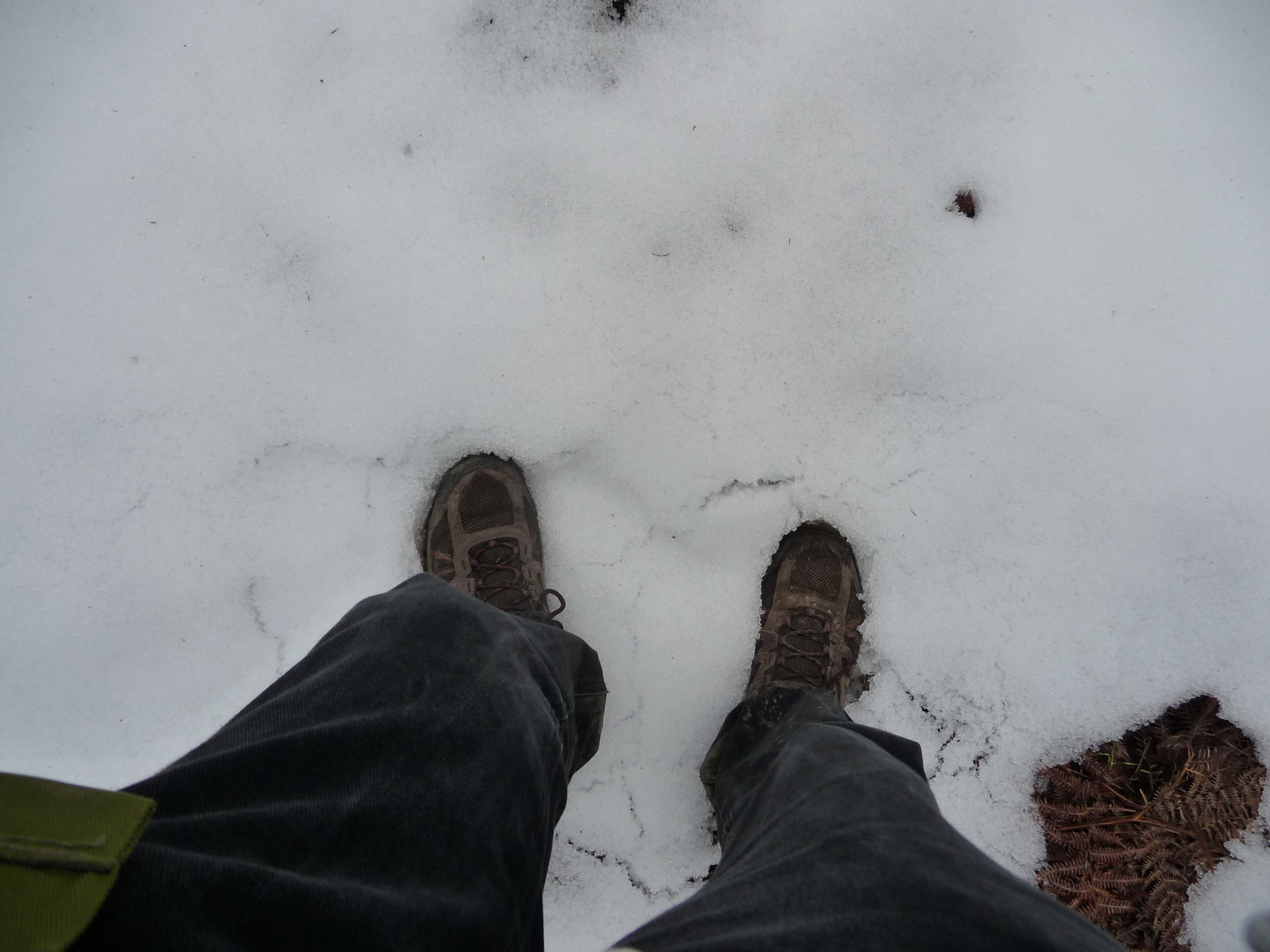 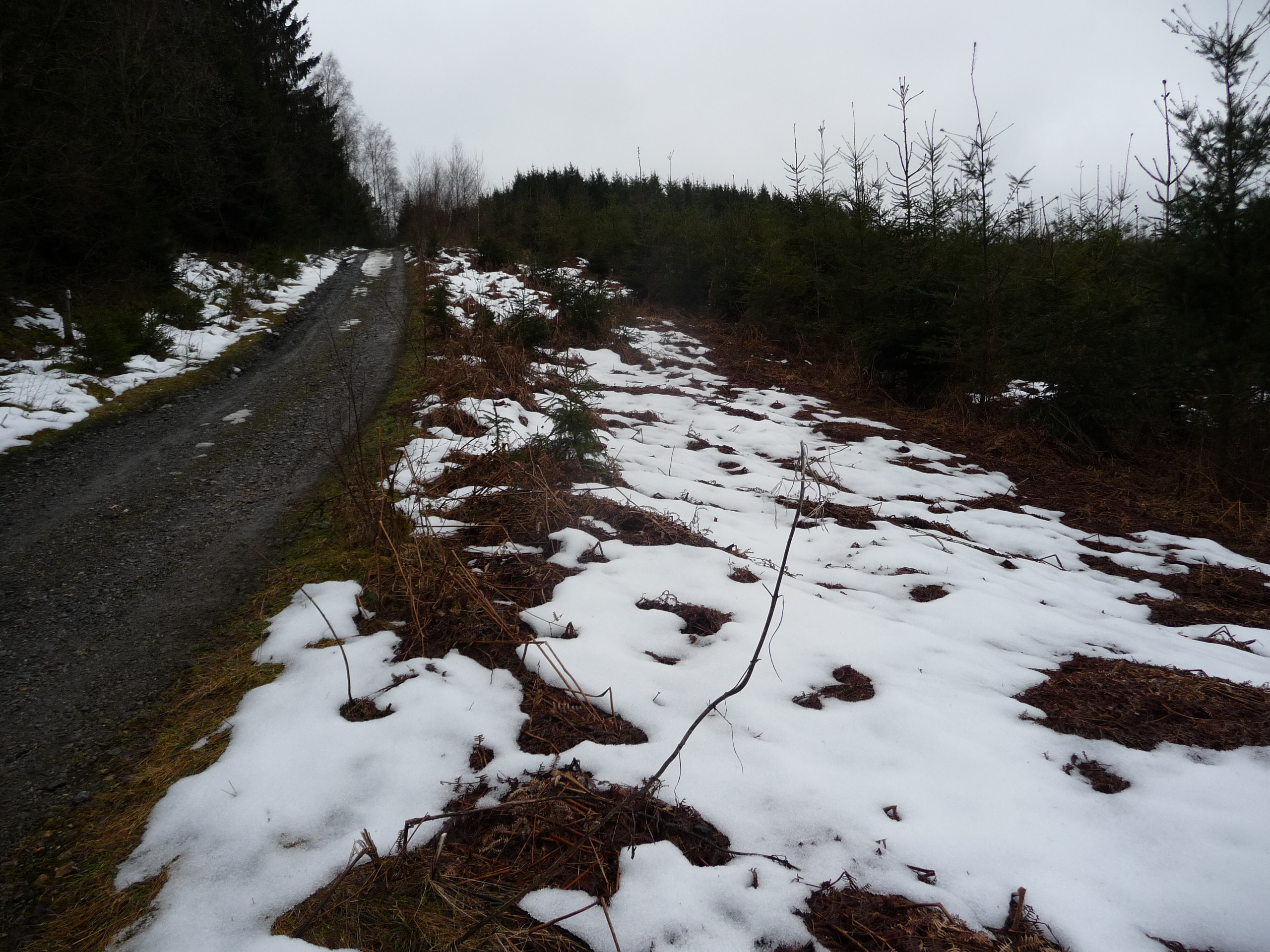 By this time I was really in the low clouds, and thought for a moment it was going to snow, but it didn’t. 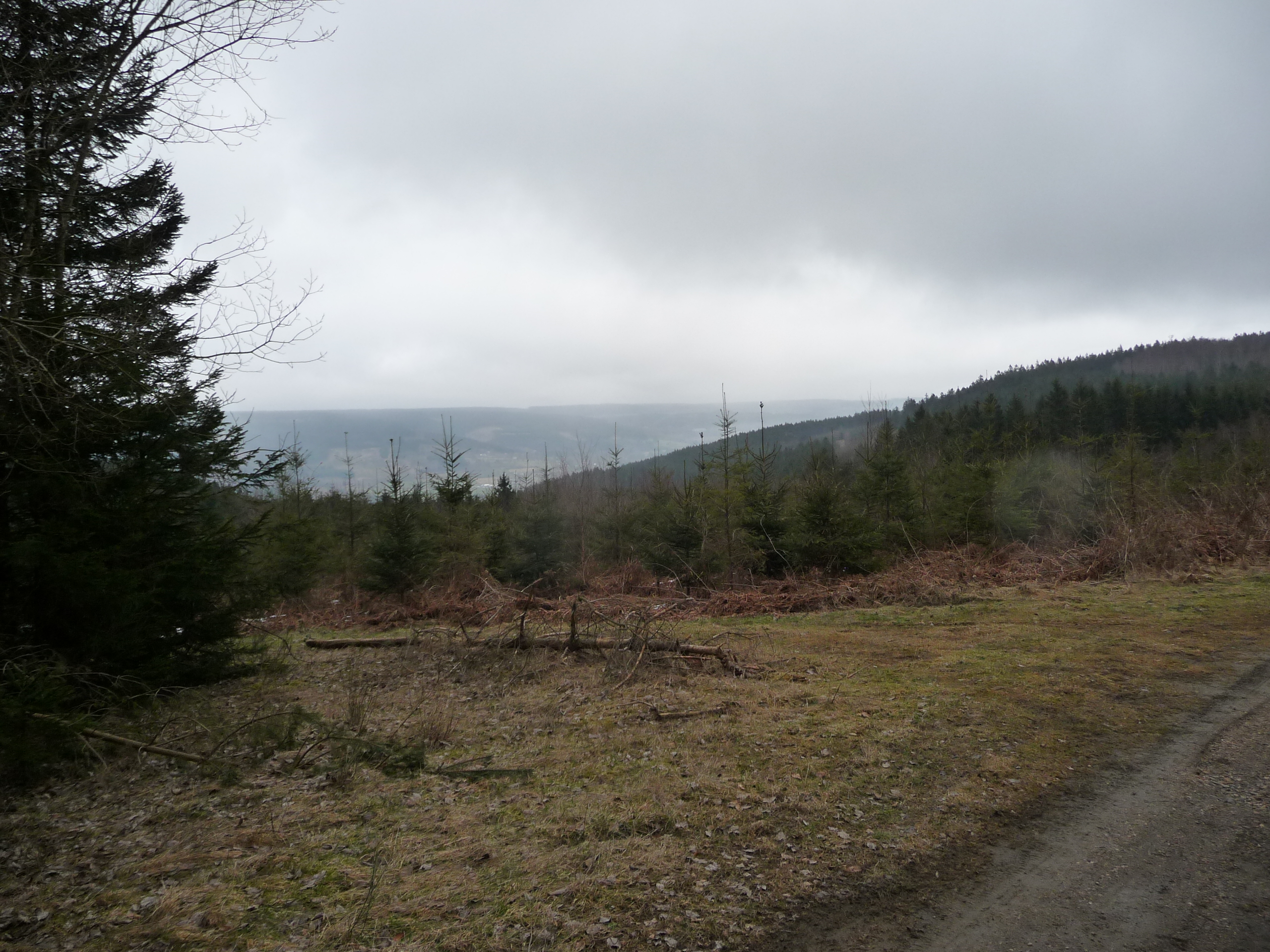 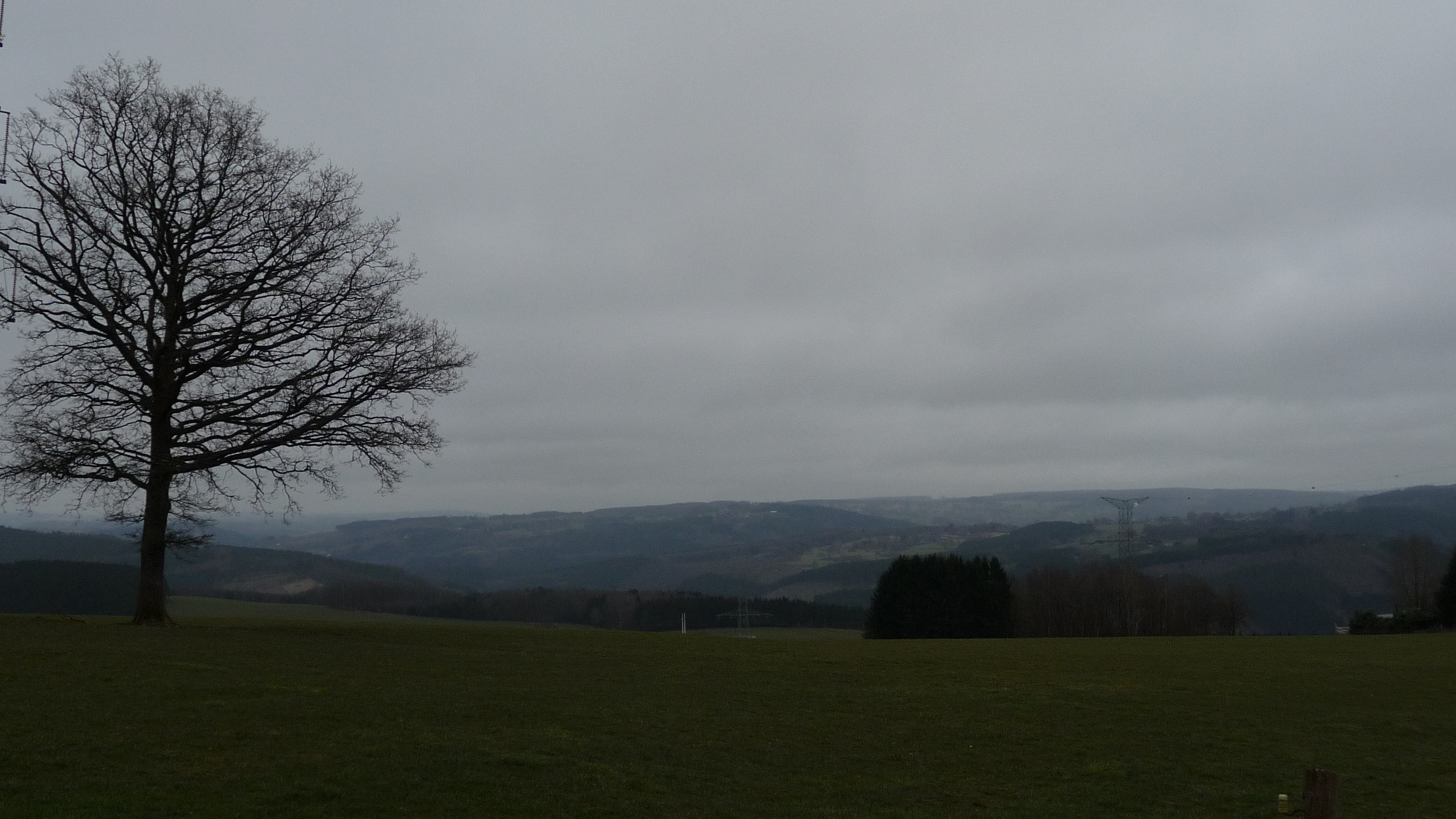 Just before frostbite set in and my oxygen tank ran out, but before I had met any eskimos or polar bears, the path began to descend. First it passed the Coo reservoir and hydro-electric power station: 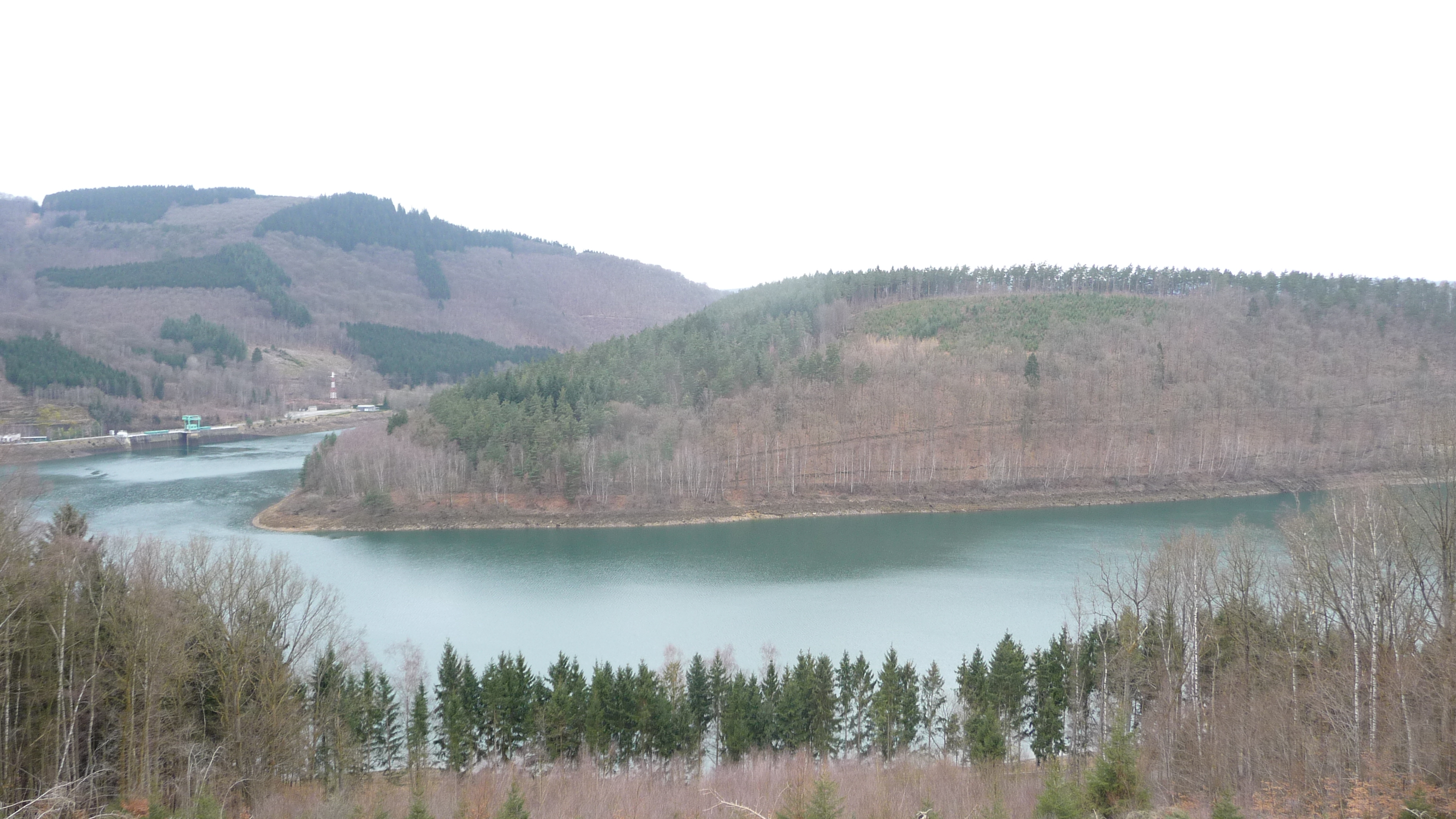 and then I entered the surprisingly restaurant-rich village of Coo:

Here I was greeted enthusiastically by the local restaurateurs who insisted that I sit at their best VIP dining table: 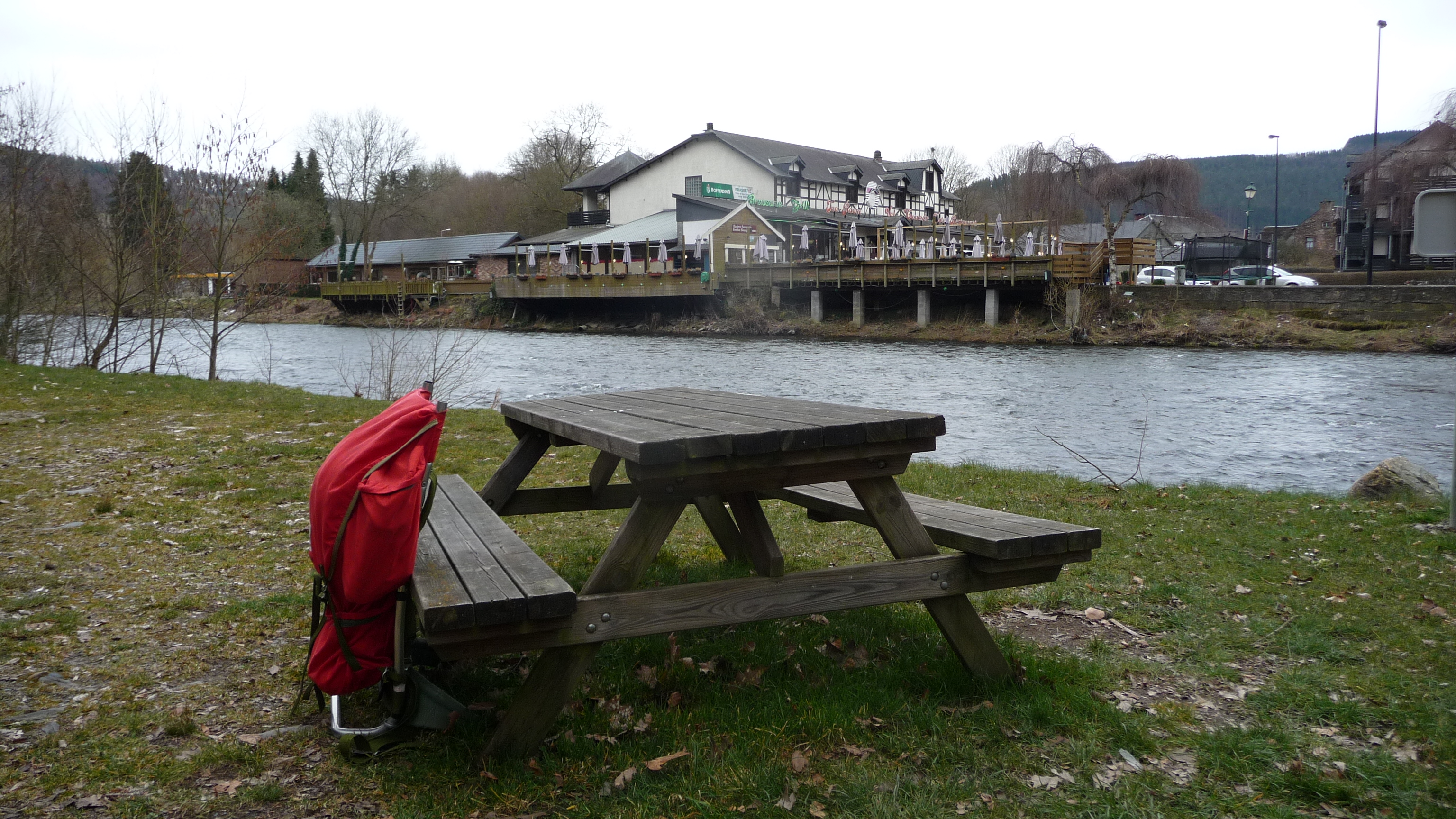 After my picnic lunch it became apparent why there are so many restaurants in such a small village: it has a tourist attraction! Actually it has two. One of them you might have seen in the photos above: Plopsa Coo, the family-friendly theme park. The other is the Coo Waterfalls:

With a drop of 15 metres, it’s apparently Belgium’s biggest waterfall! I couldn’t seem to get a front-on photograph, so here’s a print dating from 1890: 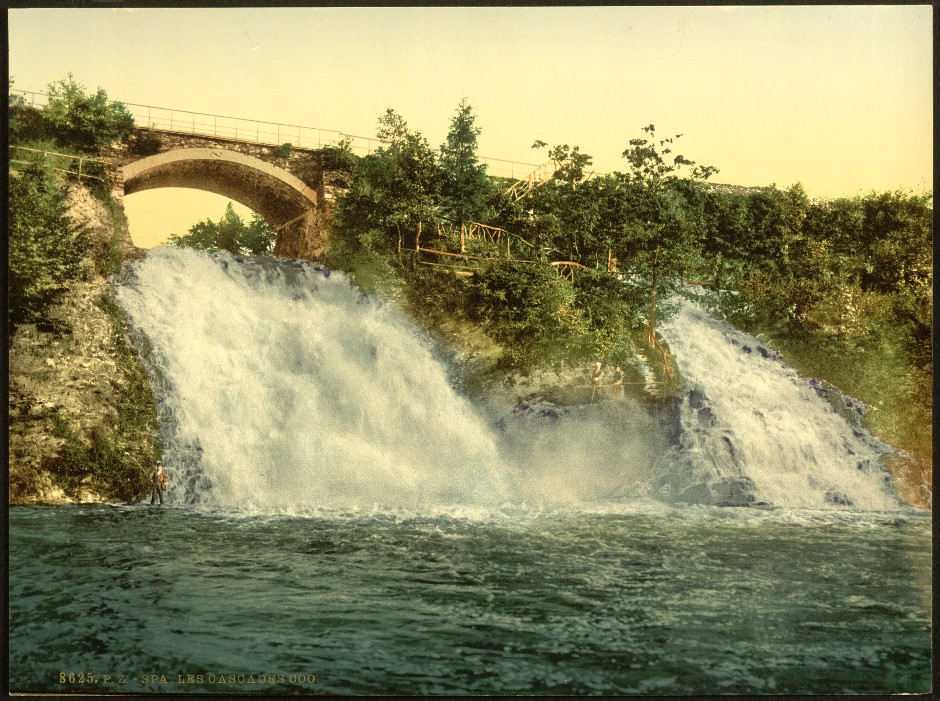 Is that an angler in a rather precarious position, bottom-left?

I do Coo a disservice. It doesn’t have two tourist attractions. It has THREE!The third is a chair-lift!

Starting at 240 metres above sea level, it rises a further 220 metres up to a watchtower on top of the hill overlooking Coo. The GR 571, of course, does not take the chair-lift; it follows an incredibly steep and absolutely exhausting climb, beginning here: 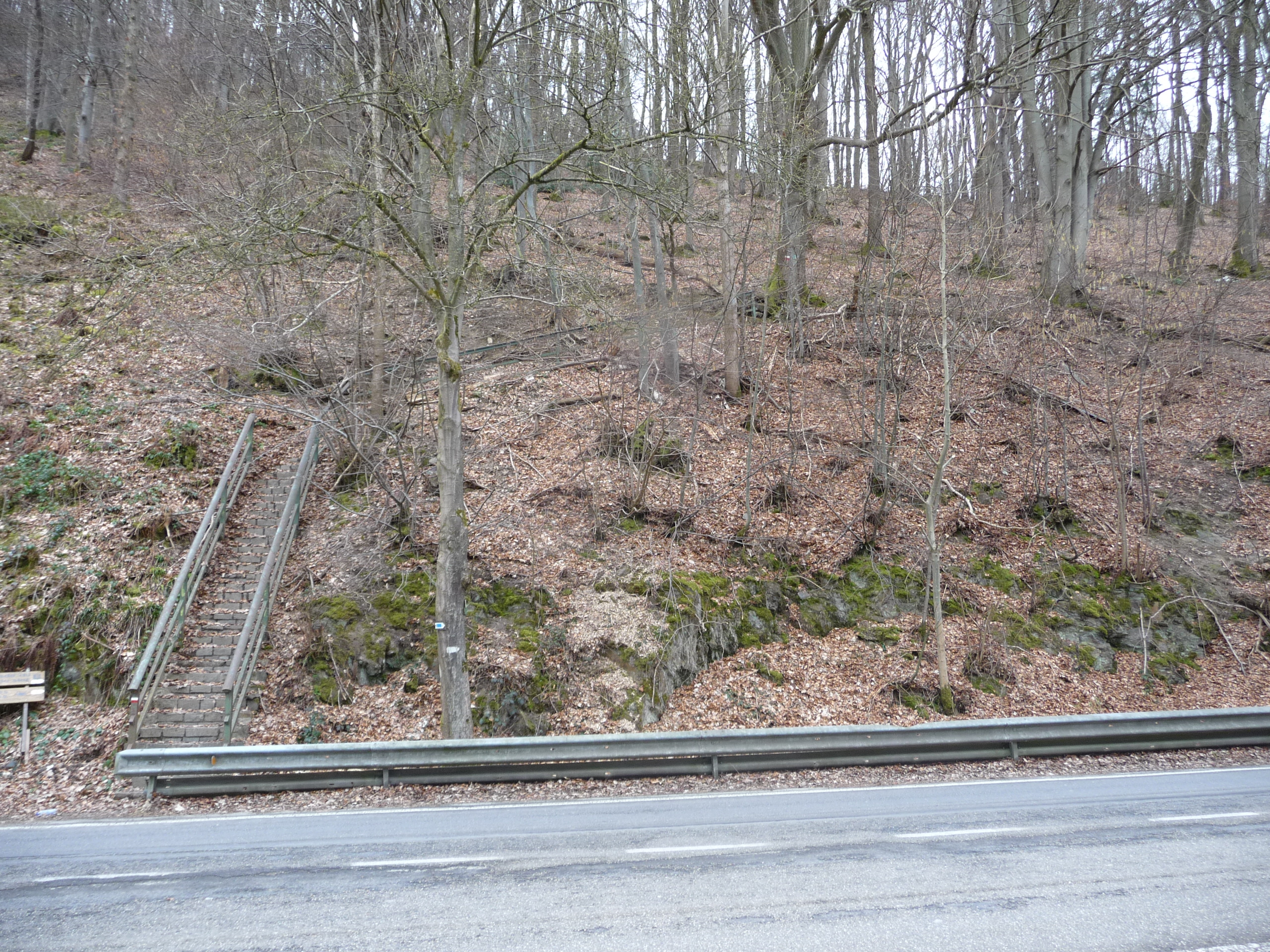 As if that wasn’t tough enough, it had some obstacles along the way: 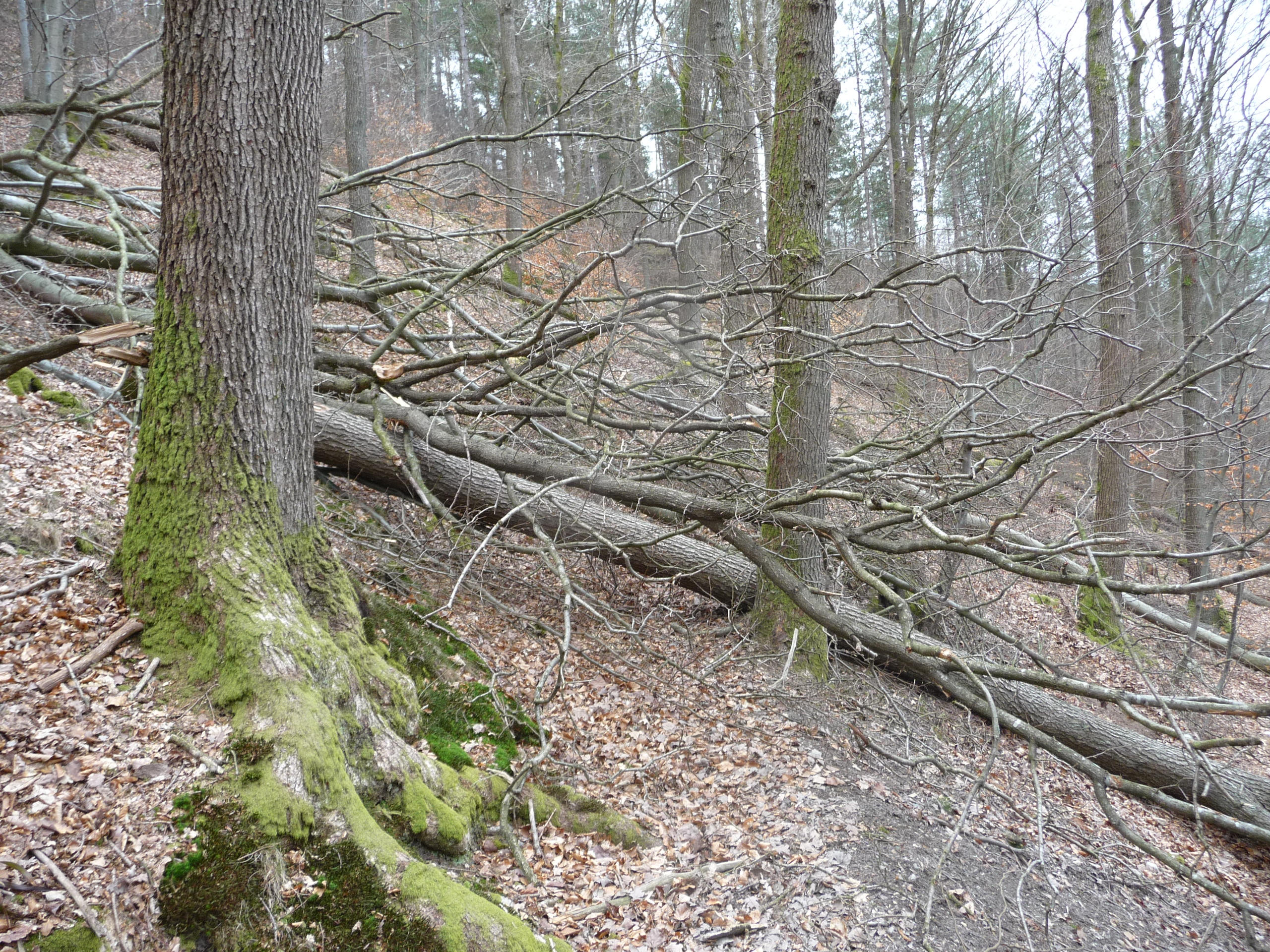 I took a detour, and eventually, gasping for breath, reached the top of the chair-lift: 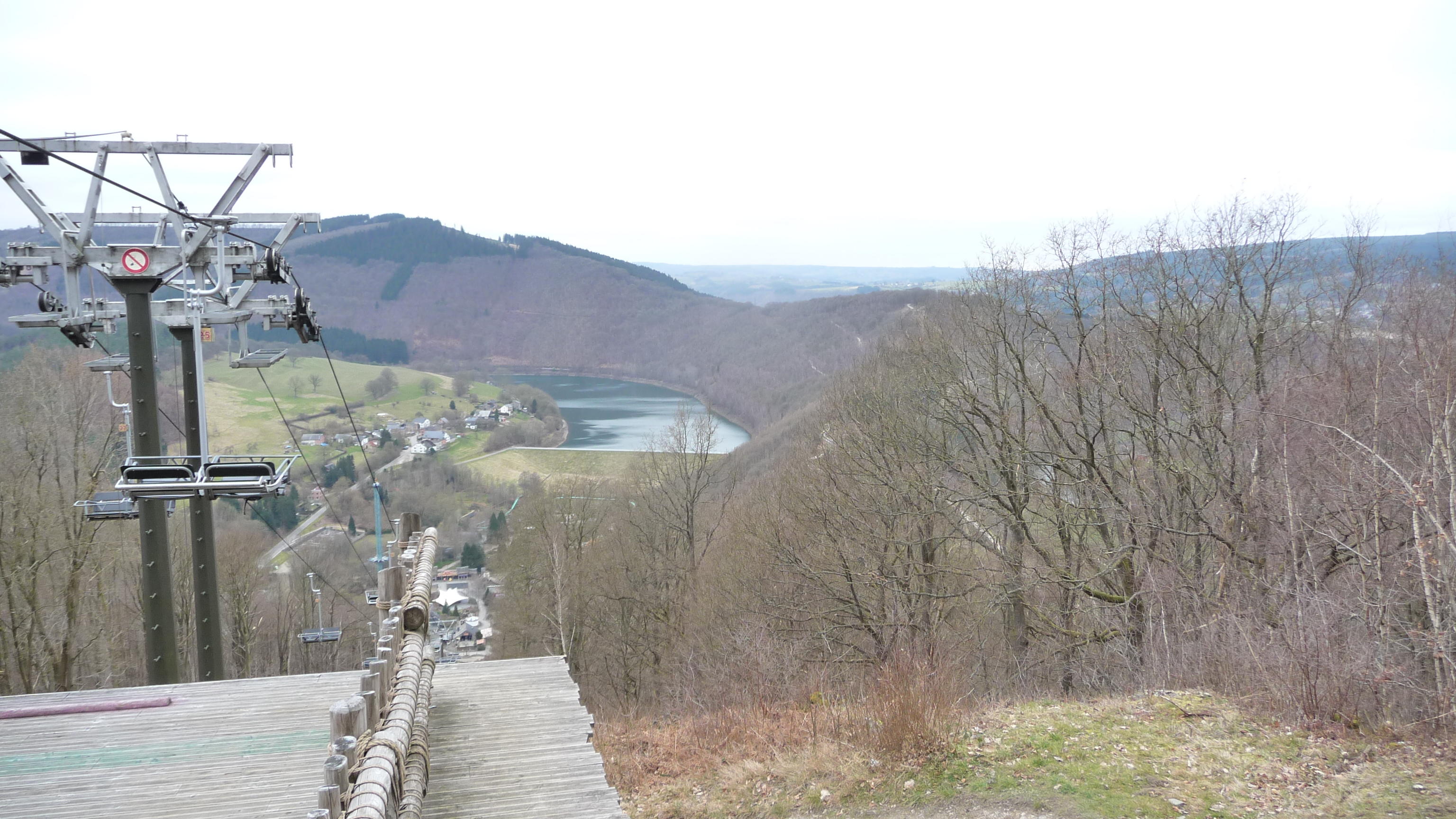 And then kept going to the top of the watchtower: 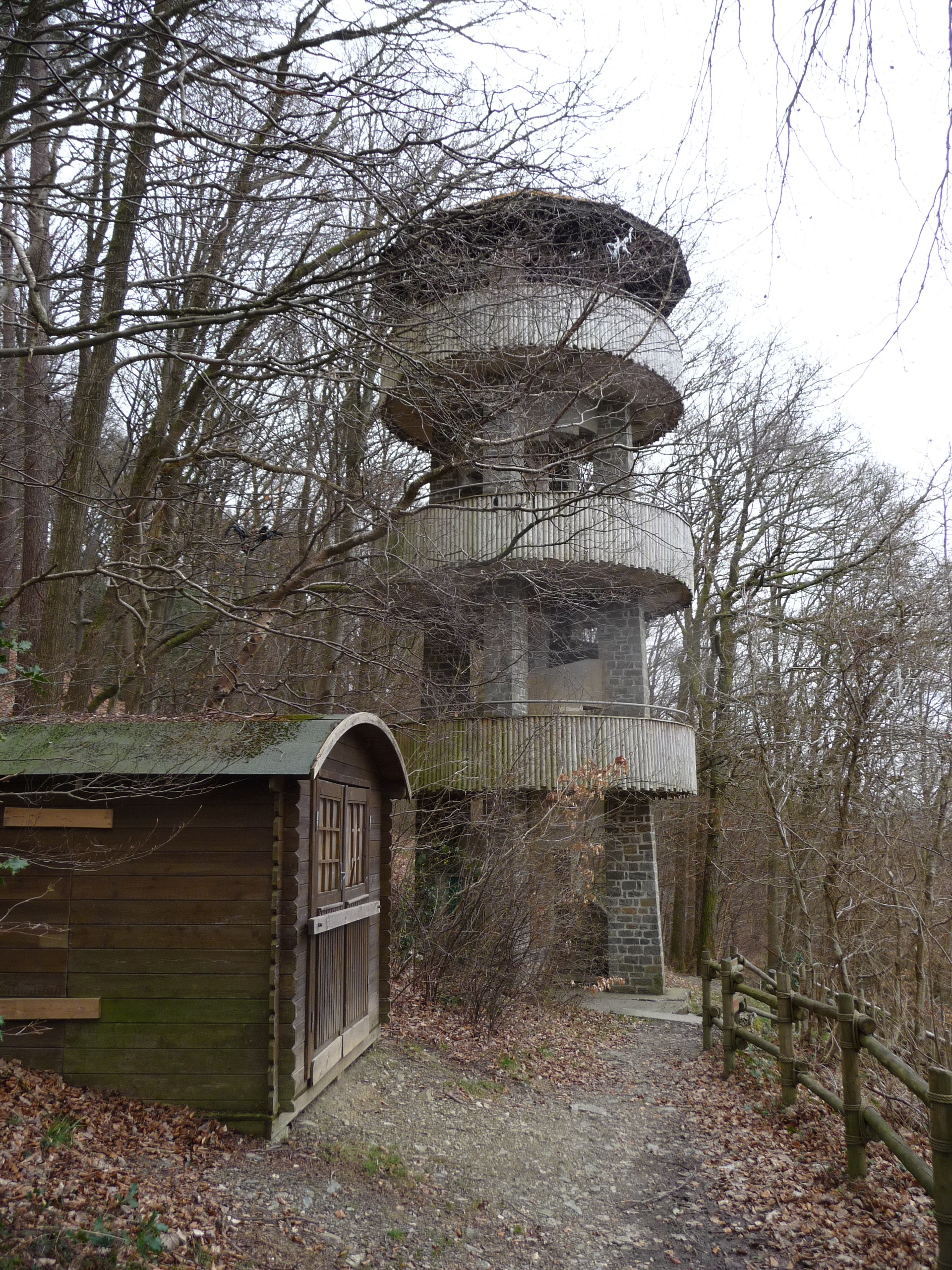 But it was well worth the effort, for some wonderful views: 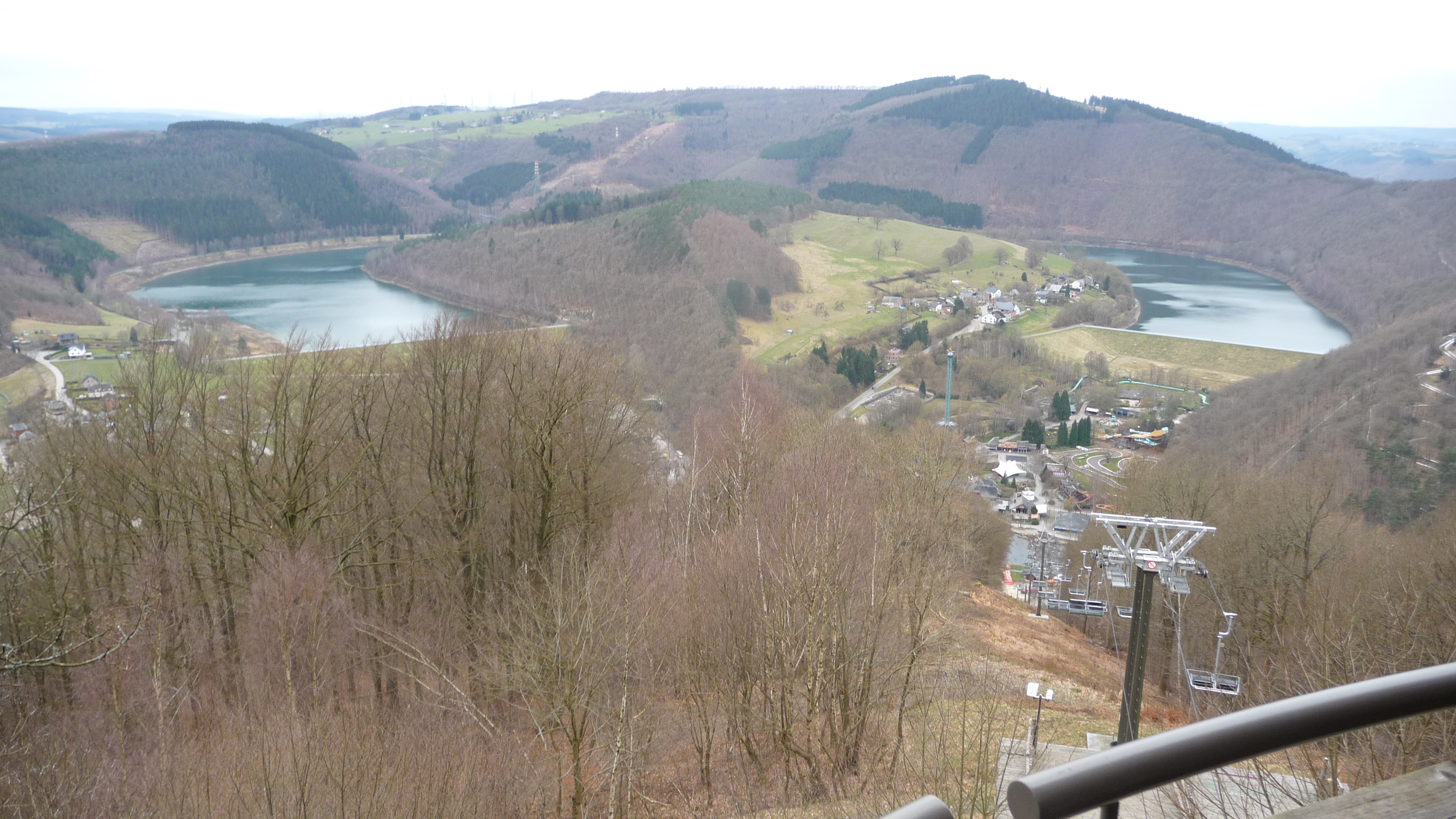 And that was about it for this lovely stage of the GR 571, which I am really coming to like a lot. After climbing so high, the path meandered gently downhill through the forests to the town of Trois-Ponts, where I caught my train back home.

The route was 17 km, and you can find it here on RouteYou.