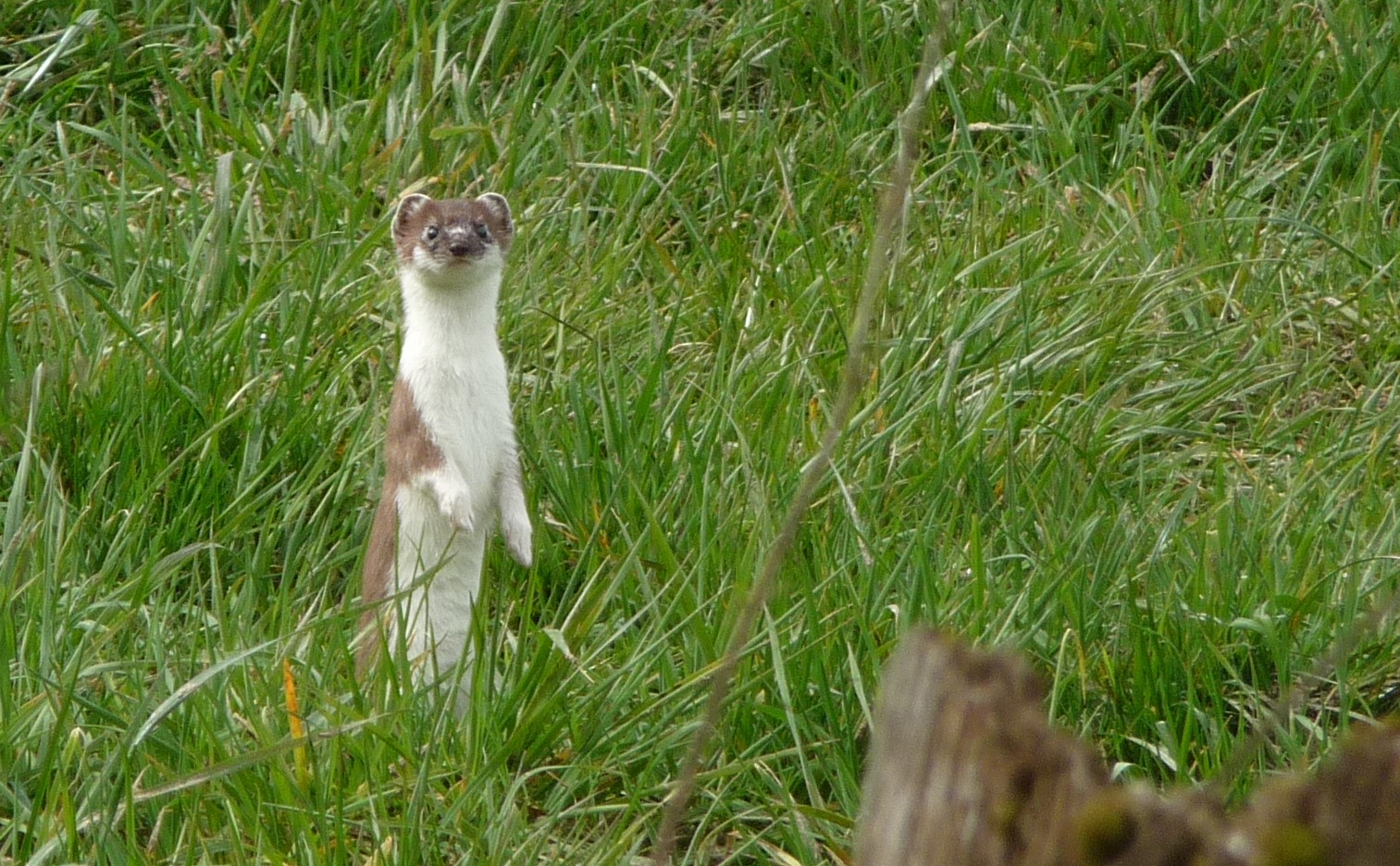 Stage 4 of the GR 571 Stage 4 from Trois-Ponts to Vielsalm shows the beauty of the Ardennes to the maximum!

The weather forecast for April 2-3 was fair and dry, so early on Saturday morning I was off again. Up early too. Hope the train driver can see in the dark.

Even the square in front of Leuven station was dark and deserted, although quite pretty.

After the recent terrorism in Belgium, I felt a bit nervous walking past the railway security guards with a rucksac on my back, but I guess a deserted railway station at 7 a.m. isn’t the obvious target for a terrorist.

Have I introduced you to my rucksac yet? No? How remiss of me. Readers, meet Rucksac.

Liz says it should be featured on the BBC’s “Antiques Roadshow”. You can imagine the expert’s view: “Oh look at this treasure. An original Karrimor Tote’em Senior, made in Accrington, England, and dating back to the early 1970s. Aluminium frame! You don’t see that these days. Lightweight but extremely rugged. Made to last.”

And it certainly has lasted. I bought it new in 1972, after saving up my money earned doing some weekend gardening jobs. It’s been on my back all over the UK, to Switzerland and Austria, and is still doing fine service in the Ardennes. Not bad for something over 40 years old.

With my destination of Vielsalm in mind, I travelled to where I had finished stage 3: Trois-Ponts. Thanks to my early start I reached this at 9 a.m. As with every stage, the footpath started from the railway station with a steep climb up into the hills, although this time it was more like a narrow and rather precarious sheep track along the side of a steep hill.

Having carefully and rather anxiously negotiated that, the path broadened out and passed through the forests, although at one stage the route couldn’t decide whether it was a footpath or a stream.

As always, the views from the top were splendid.

The GR 571 then proceeded to descend into the river valley. Not the AmblÃ¨ve, but the Salm:

Apparently the Salm should be called the Glain

Nearby Wanne is obviously the place to be:

As with previous stages, there were plenty of reminders that this area was the scene of heavy fighting during the Battle of the Bulge in the Second World War.

What a difference a couple of weeks makes. Two weeks ago it was still winter in the Ardennes with snow on the ground. Now it was the beginnings of spring, with all the signs evident:

And look at this lovely little fellow I was studying for a while! Or was he/she studying me?

I also came across these: the characteristic broad 5-toed footprint of a badger.

A bit later this board confirmed that badgers (le blaireau) do indeed inhabit the area:

Actually I always think that these boards, while being educational, lead to overly high expectations. Yes, all these six animals probably do live in this particular forest, but that doesn’t mean you can expect to see them. Most wild animals keep themselves to themselves, or are even nocturnal.

The river certainly seems to be well populated with all sorts of fish too:

Towards the end of the day I had two unfortunate experiences within an hour of each other; one worse than the other. Firstly the strap broke on my binoculars so I couldn’t hang them around my neck, which wasn’t a big problem although slightly annoying.

Secondly, my camera belt bag broke. This was much worse as it spilt my camera onto the ground, which happened to be hard rock. The screen smashed! For the rest of the weekend I was taking photos with no idea if the camera was working still or whether the lens had been damaged, and no idea if I was framing the photo correctly.

COLD AS ICE IN VIELSALM!

I arrived at my destination at 5 p.m.. This was Vielsalm, where I had booked an overnight stay in a caravan at Camping de la Zalm. I have to say this was probably the coldest, most uncomfortable night I have ever spent for a long time.

The caravan had clearly not been used or opened for a long time. It took the camp site owner half an hour and three attempts to find the right key to open it. Everything about it was cold, as well as damp and musty. I had my sleeping bag but as the temperature dropped overnight (and it was a freezing cold, cloudless night) it was insufficient. There were no extra blankets. I ended up wearing all my clothes, including my hat, in bed. But that didn’t stop me shivering through a night where I didn’t get much rest at all. Eventually at 5 a.m. I got up, put my 1-euro jeton in the shower in the main building, and just stood under the hot water for as long as the jeton lasted for.

Despite ending up with a broken camera and a broken night, the day was wonderful. I walked 20 km and you can follow the route here on RouteYou. You can also check up previous stages such as stage 1, stage 2 and stage 3.