A walk around Grimbergen 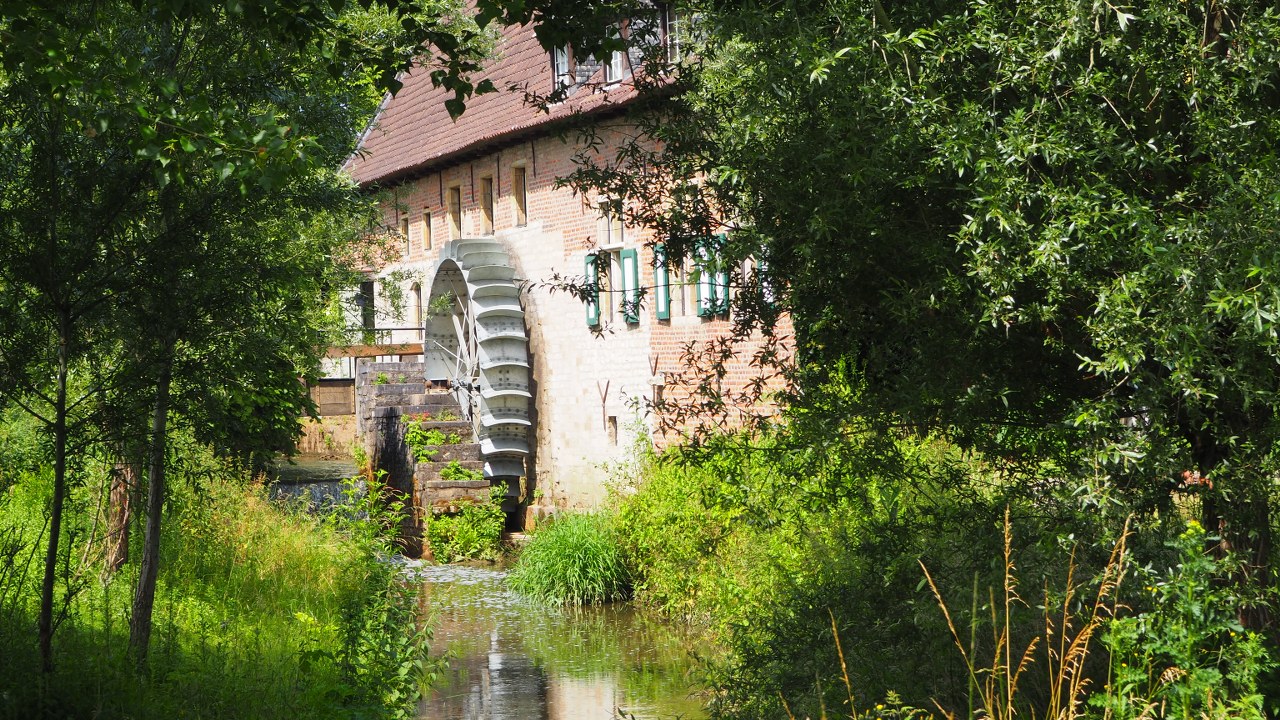 A 11 km walk around Grimbergen that takes in a castle, basilica, abbey, a park, and a few chapels and watermills

Thanks to Discovering Belgium follower and Grimbergen resident Ann Barleycorn for suggesting I visit this area. There are various starting points for this walk around Grimbergen. If you are arriving in Grimbergen by bus then a good starting point is Pastoor Woutersstraat 1, which is right in the centre of Grimbergen. I was arriving by car so didn’t want to park in the centre. I chose to start from the s’Gravenmolen brasserie at s’Gravenmolenstraat 70. This would also be a good place to have a meal at the end of your walk.

It’s an easy walk, mostly along pleasant footpaths or small lanes. And there’s plenty of points of interest along the way.

Actually if you’re really squeezed for time you could enjoy a pleasant hour in the Prinsenbos and then stroll around the centre of Grimbergen.

At the south end of the Prinsenbos you’ll come across the remains of the Prinsenkasteel (Prince’s castle) with its moat. It’s in a pretty bad way at the moment, having been left virtually uncared for since the Second World War when retreating German soldiers set fire to the castle. But you can get some idea of its former splendour. There are plans in the pipeline to restore it. The castle dates back to the 15th century and was the residence of the lords of Grimbergen.

The Museum of Old Techniques is I think one of the gems of Grimbergen. It’s spread over three sites (the other two come later on the walk). Next to the Prinsenkasteel is the museums’s Guldendal location which houses a wide collection of hand tools, workbenches, lathes, carding stools, ropes, workwear, measuring tools, vehicles, household goods, stoves, lighting fixtures, textiles and kitchenware. When I was passing through it was closed due to COVID-19 but is now open again, every day through the summer from 10 to 5.

Towering over the town centre is the huge Saint Servais Basilica. Originally “just” an abbey church, it was elevated to a basilica in 2000. It’s apparently one of the finest examples of Baroque style in the Low Countries. Again, thanks to COVID-19 I was unable to go inside, but when it’s open you will be able to enjoy the Baroque carvings, such as the confessionals, the main altar and the choir stalls. Its sacristy is the largest in Belgium. The first stones of the church were laid in 1660.

So big is the basilica that you would think Grimbergen wouldn’t need any other places of worship. But in between junctions 627 and 620 along the Groete Kerkvoetweg, you’ll come across the Veldkant Chapel, a large neo-Gothic chapel. It was founded in 1872 and masses took place here every Friday evening until recently. It’s now locked up and under chains but you can still peek inside:

One interesting fact: no-one knows who owns it! The last known owner was Josephine De Naeyer, who acquired the chapel in 1907. She had three children: Emmanuel Risack (°1888), Alexandre Risack (°1889) and Madeleine Risack (°1891) of whom there is no trace today. Given their years of birth, they too would have died by now. So if those names ring a bell, drop me a line.

As you reach the furthest east spot of the walk and turn back towards Grimbergen along the Oyenbrugstraat, you will come across two lovely watermills on the Maalbeek. These are the other two locations of the Museum of Old Techniques. The Tommenmolen Mill is a water-powered grain mill, originally owned by the lords of Ter Tommen, but was later acquired by Grimbergen Abbey. The current mill building dates from the 16th century, but was thoroughly renovated in the 19th century.

The second watermill on the Maalbeek, and the third location of the Museum of Old Techniques, is the Liermolen grain mill. Originally it was owned by the de Lira family. In 1341, it was bought by Grimbergen Abbey. The current mill building dates from the 17th and 18th centuries.

I hope you enjoyed this walk around Grimbergen and a brief introduction to the town and area. There’s actually a lot more to see and visit in this town and the surrounding area such as the MIRA astronomical observatory and the Abbey Beer Museum. If you didn’t already know, Grimbergen has its own beer. And a new brewery recently opened in the abbey, following a 200-year-old recipe! Any questions, just ask, or add a comment or suggestion below. And for more walks and ideas for a day out in Belgium, drop your email below:

24 thoughts on “A walk around Grimbergen”