2 walks in the Valley of the Grote Gete 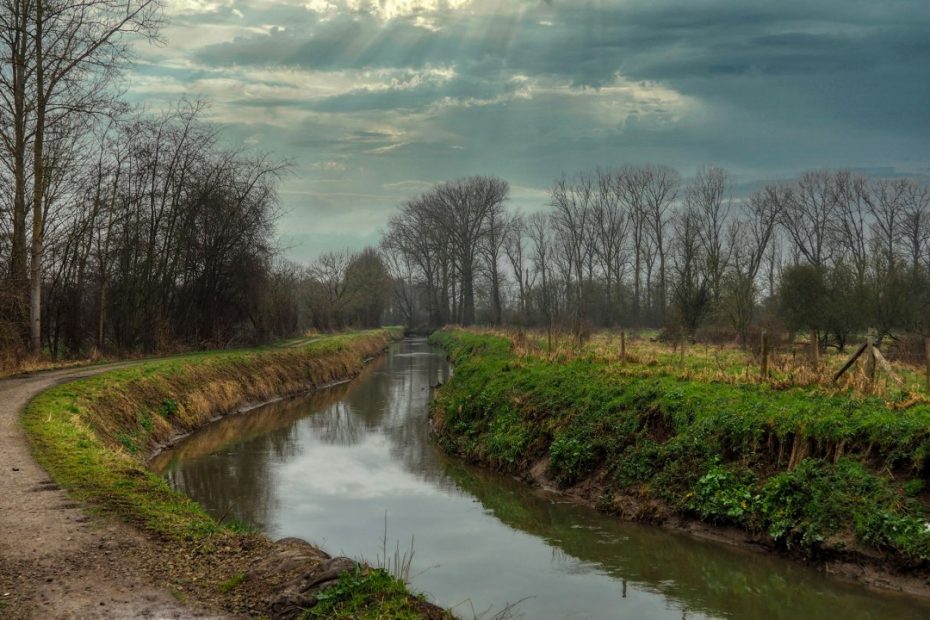 Discover the area around Neerlinter and Drieslinter with these two circular walks of varying distance through the Valley of the Grote Gete.

Neerlinter and Drieslinter are two outlying villages that come under the administrative care of the Mother Ship of Linter. They lie equidistant between Tienen and Sint-Truiden in the province of Flemish Brabant.

Their claim to fame is the nearby Grote Gete river. Unlike some Belgians, the Grote Gete is not too fussed about linguistic borders. It rises in Wallonia in the village of Perwez where it’s called La Grande Gette. It meanders through French-speaking villages such as Thorembais-les-Béguines, Glimes, Jauchelette and Jodoigne before hopping over the border into Flanders. Here it becomes the Grote Gete and makes its way through Hoegaarden and Tienen. Eventually, in Budingen, it meets its little cousin the Kleine Gete and flows as the Gete for another 12 kilometers. Finally, in Halen, it meets its big brother the Demer, and that’s the end of the Gete family.

On this map of the rivers in Flanders you can see the Getes on the right-hand side. It also shows the Dijle and the Demer which I refer to often on my walks. Examples include Two Demer Valley Walks and Walking and Cycling along the River Dijle.

The Grote Gete valley near Linter is a large Natuurpunt nature reserve. Its grasslands, hedges, pools and forests provide excellent habitat for a variety of plants and animals. Its amphibian population is especially valuable.

I walked quite a long 11 km route through the valley and around the fields surrounding the two villages. To be honest, the valley was more interesting than the surrounding fields. So I have made a second route for a shorter walk that just focuses on the valley.

You’ll notice that both walks use the numbered junctions so you won’t get lost. The starting junction is conveniently numbered 1.

Starting point for both walks is the same: Stationsplein 6, 3350 Linter. Here is the Fietscafe Chalet and junction 1. Opposite is a small car park. The nearest bus stop is Drieslinter Stwg op Melkwezer which is on the nearby Stationstraat and is only a short walk away from the starting point. GPX track can be downloaded from my RouteYou pages for the 11 km and the 6.5 km.

There’s a nice new bridge over the Grote Gete. For non-Dutch speakers, “Gete” is pronounced “gate”, although with a softer G. So it’s no surprise that the name of the bridge is the “Golden Gete!” (Actually it’s called Golden Geet. I don’t know why they have changed the spelling from Gete to Geet. Perhaps “geet” is a local dialect spelling? If anyone knows, please let me know). It’s a suspension bridge. So when you walk over it, it bounces! It’s great fun to make it bounce. I hope no-one was watching when I was enjoying myself on it!

At this time of the year (mid-January), some of the paths through the valley are quite muddy. So you need to take your waterproof boots with you. There are a couple of stretches with wooden boardwalks, but they are only short stretches.

At junction 138 is this smart information hut. Through some attractive posters and boards it explains a little about the natural history of the place. It also has some outdoor games for children and a large picnic and play area.

If you follow the shorter walk you will return to the starting point along this straight path. Originally it was Railway Line No. 22 which connected Tienen with Diest.

So there you are: two walks along the Valley of the Grote Gete. If you want to stretch your legs, I recommend the 11 km one. If you are more interested in the natural history of the valley, I recommend the 6.5 km one. But I would advise going in the spring or the summer when there will definitely be more life in it. And it will less muddy!

If you have questions, feel free to contact me. To get suggestions of new walks in your email inbox, add your email below: