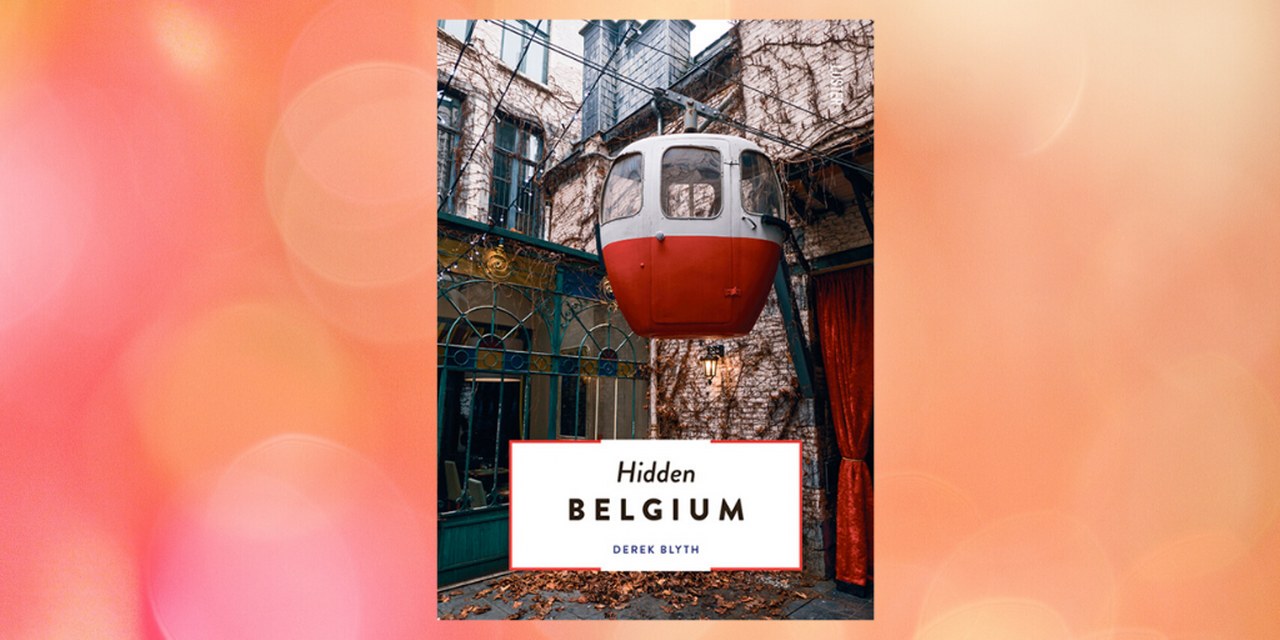 If you only buy one book to help you discover Belgium, then you need to buy Hidden Belgium by Derek Blyth

There are many guidebooks to Belgium available, but Hidden Belgium by Derek Blyth is one of the best. It’s not just a book; it’s a catalyst. It will inspire you to get out and about.

Hidden Belgium is the kind of book you may pick up while it’s raining, thinking there’s nothing else to do. But a downpour won’t dampen its magic. “Darling, get the umbrella and waterproofs. We’re going out!”

It’s a book to read even if you’ve lived in Belgium for decades and think you know everything about the country. I guarantee you’ll find at least 100 places you’ve never heard of!

It’s an alternative guidebook that doesn’t cover the normal, typical, conventional, touristy sites. Instead, it focuses on the unexpected, the unusual, the peculiar. 360 of them in total. It could equally be entitled Bizarre Belgium.

The chapters start fairly conventionally. There’s nothing bizarre about topics such as Art & Culture, History, Buildings, Landscapes, Food, Drink, Sleep etc. It’s when you delve into each chapter that you realize you are exploring the extraordinary.

Art & Culture for example, has a sub-chapter called Forbidden Art. Did you know that in the Cinquantenaire Park – one of the most frequently visited parks in Brussels – is the Temple of the Human Passions? It’s an enormous frieze symbolizing human passions that shocked the Belgian public when first revealed.

Or flick through the chapter on History and you’ll come across eight Underground Places like the Kemmel Command Bunker in West Flanders, or the Kanne Caves in Limburg. Or a cave in the Ardennes where a hermit lived in the 7th century and King Albert I visited as a boy.

Glance through Landscapes and you can find Secret Gardens such as the Garden of Smells in Namur, the Gardens of Rue Naimette in Liège, and the apothecary garden of the Baggaertshof in Kortrijk.

Looking for an Overnight with a difference? What about La Balade des Gnomes in Heyd, with its ten bedrooms inspired by fairy tales? Or the Dream Hotel in Mons with its rooms that pay homage to Belgian icons? Or maybe you want to sleep in a giant fibreglass replica of a human intestine at the Verbeke Foundation in Kemzeke? Or Nuit Blanche in Bruges, with its rooms designed in the style of a Jan Eyck painting?

Each topic has between five and ten examples. They are categorized by topic as described above, and also by province. The addition of maps of each province is a great help. Each place has the address, phone number and website, and a pithy description by the author.

WHERE TO BUY HIDDEN BELGIUM?

Hidden Belgium by Derek Blyth is available from bookshops and online, for example at Amazon Belgium. (Disclosure: As an Amazon Affiliate I may make small commissions from qualifying products).