After a few Saturdays enjoying being on two wheels, it was time to allow my bike to cool down and put on my hiking boots for a 22 km hike starting from the centre of Esneux, a small village to the south of LiÃ©ge. My destination was La Roche aux faucons, a steep outcrop of rocks with outstanding views over the River Ourthe.

Despite setting off with heavy cloud cover and early morning mist, the weather forecast said that clouds would disappear by noon, and predicted a gorgeously sunny clear afternoon. And as I was planning to arrive at La Roche aux faucons in the afternoon, I was looking forward to some sunny views from the top.

I had chosen a route on Wikiloc created by Claudy Huet, who with 172 trails to his name seems to know his way around the Ardennes. I was very pleased with his route, although I will point out that it includes some pretty steep climbs and descents. Also at this time of the year, the paths are covered in leaves, so it’s easy to lose your footing, particularly in wet weather. So make sure your hiking boots have good tread, and take care on the steep descents. Having said that, it’s a lovely walk through the forests of the Ardennes and highly recommended for seasoned hikers.

Here are a few misty shots from the morning. 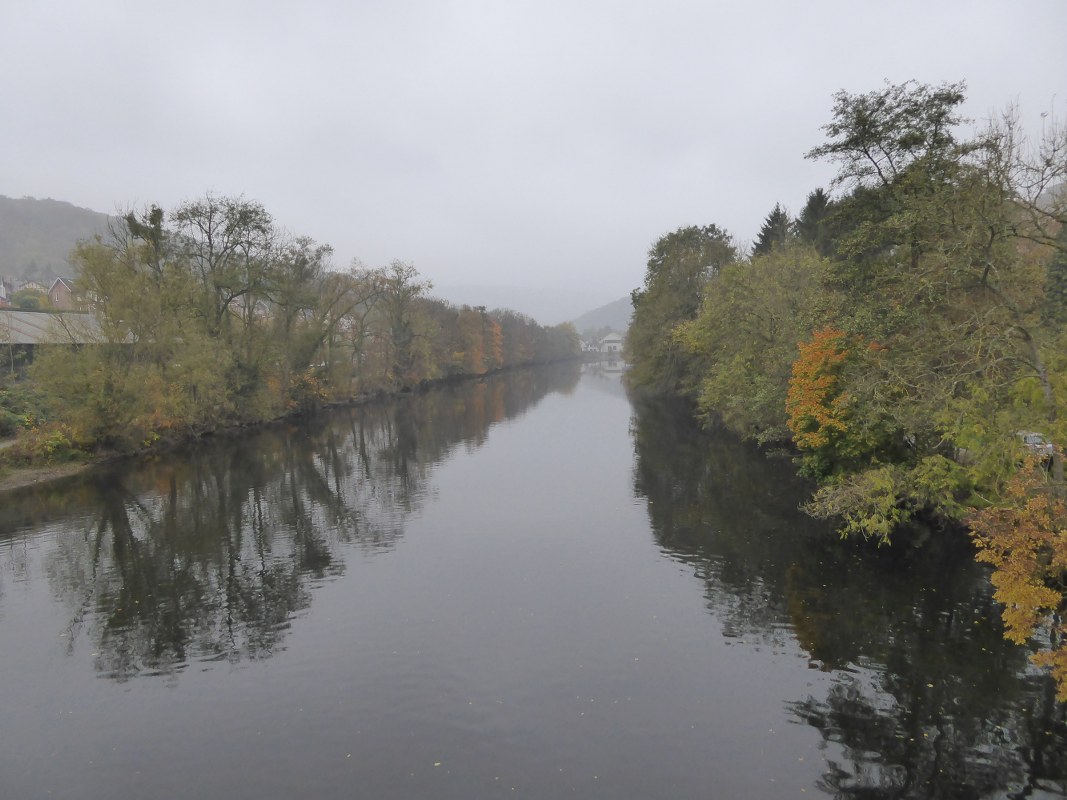 Unfortunately as noon came and went, and I began the steady climb up to the top of La Roche aux faucons, the clouds still stubbornly refused to part, the sun remained hidden, and it even began to drizzle! Undeterred, I pushed on and arrived at the summit, to see … a lot of low clouds and misty views!

However, by the time IÂ  had descended to the river valley, the sun had finally decided to make an appearance, although I wasn’t energetic enough to make the climb again to take some sunnier pics! But the walk along the River Ourthe and back into Esneux village was very pleasant … and a bit more colourful! 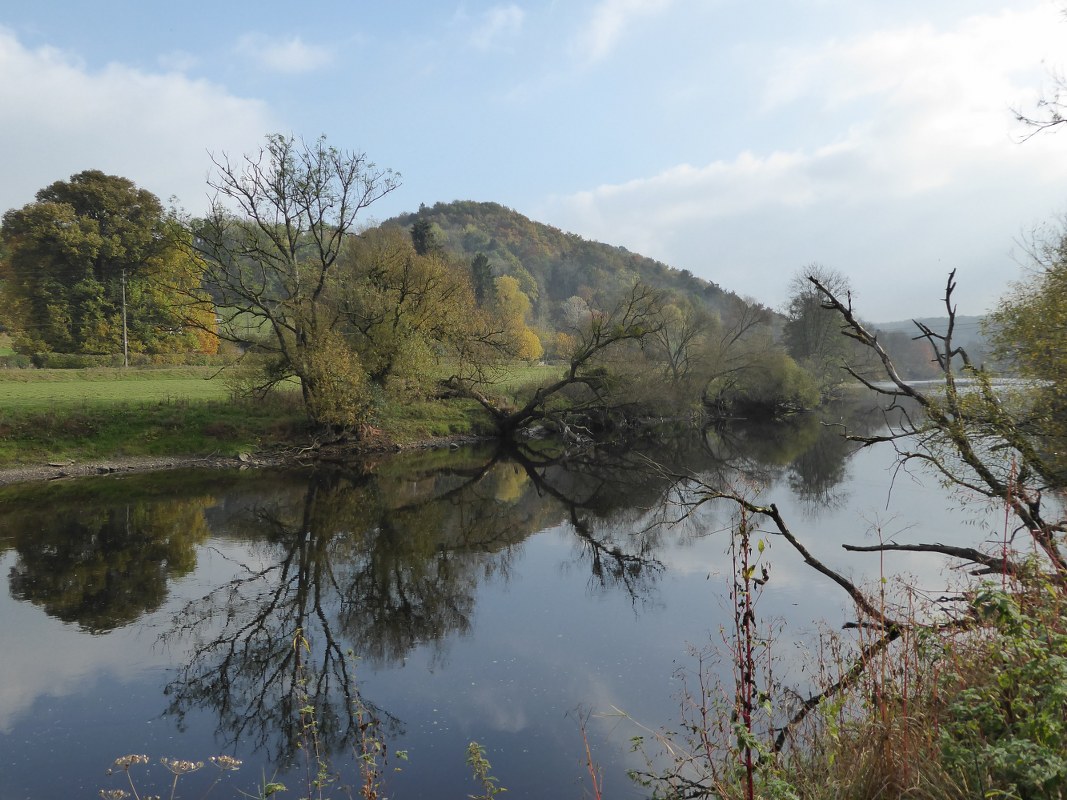 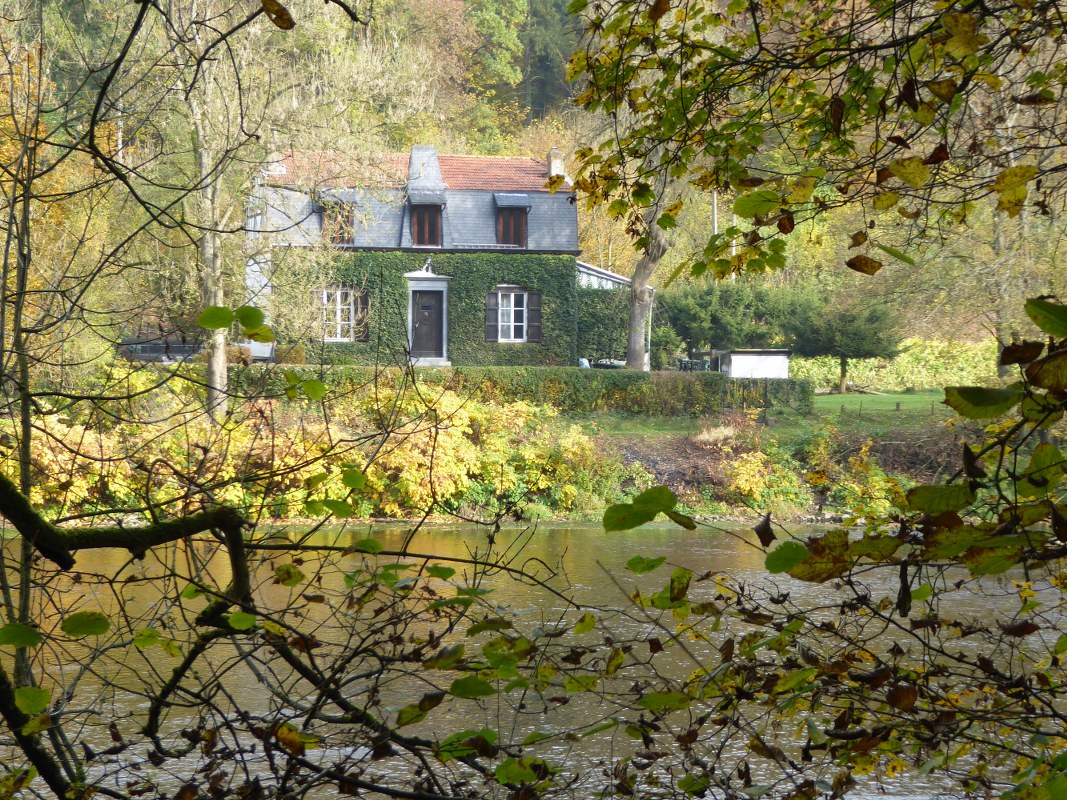 So overall, an excellent hike that I can heartily recommend. You can download the original route directly from M. Huet on Wikiloc, or my route (almost the same) from here on RouteYou.