Some hiking ideas in Picardy Wallonia, starting from the village of Ellezelles

Picardy Wallonia is the name given to the area east of Brussels; a triangle located between Lille, Mons and Courtrai. The tourist board is keen to promote Picardy Wallonia as a really good area for cycling and walking, amongst other things. If you want some ideas of fixed walking routes in the area, go here. If you’re going to be on two wheels, go here.

I chose to make my own route from the hiking node network in a particular sub-area called the Pays de Collines (the hilly country). It includes the villages of Ellezelles, Flobecq, Frasnes-lez-Anvaing and Mont-de-l’Enclus. Observant readers with a good memory may remember that I’ve been walking in this area before: around Frasnes-lez-Anvaing.

Having designed my own 15 km walk, I drove to Ellezelles and parked in the village centre. Leaving the village I soon discovered that part of my route followed “La Sentier de l’Etrange” (The Weird Footpath). This is a 6-km walk featuring all sorts of strange and apparently mythical creations by Belgian folk art sculptor Jacques Vandewattyne, aka “Watkyne.”

I wasn’t overly impressed by them, but maybe children might enjoy discovering them. Especially as some of them look like the papier–mÃ¢chÃ© creations I used to make at school when I was about six.

They provided a bit of light distraction but I wasn’t sorry to bid them Adieu and continue further on my walk.

On the whole, I enjoyed the route I had chosen. As you can see from the photos, the area is pleasant and slightly undulating, and certainly was attractive to walk through.

However, it wasn’t quite as good as I thought it could have been.

In my previous walk in this area – around Frasnes-les-Anvaing – I found that much of the route was on asphalted country roads rather than on actual footpaths. This was often the case in Ellezelles too, which I found a shame.

In addition, some of the route that I followed was on the Ravel. This is a cycle path that follows the old railway line through the region. The Ravel is great for cyclists, but I question whether hikers should be sent along these routes. (The cycling Ravel is also part of the walking node network in this area). To send hikers along dead straight, monotonous asphalted cycle routes, most of which are fairly low down with no views, seems to be selling hikers rather short. With a bit more thought I am sure the walking node network could incorporate more footpaths over fields and through woods.

In the map you can see the (blue) route I took. I indicate where the Ravel is that you might want to avoid, and I suggest other areas that might be worth exploring instead. 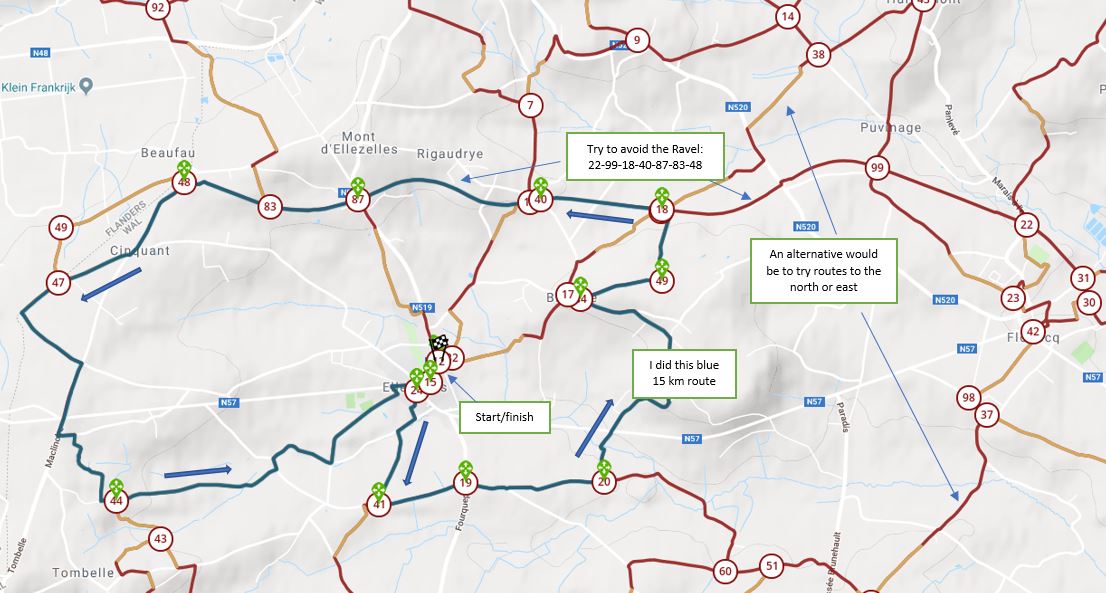 You’ll notice that all my photos are 50 shades of grey. The weather forecast was for a cloudy, misty and fairly chilly early morning with a temperature of 12Â°C. But the weatherman promised that the sun would soon burn up the clouds so that by noon the temperature would be 20Â°C, and later up to 24Â°C.

So I dressed for the forecast: shorts and T-shirt.

Consequently, I shivered my way through the 15 kms. By the time I had finished and reached the car again at 5 p.m., the temperature had indeed risen – but only to 13.5Â°C! I was not amused.

Thankfully I met some amusing creatures on the way: 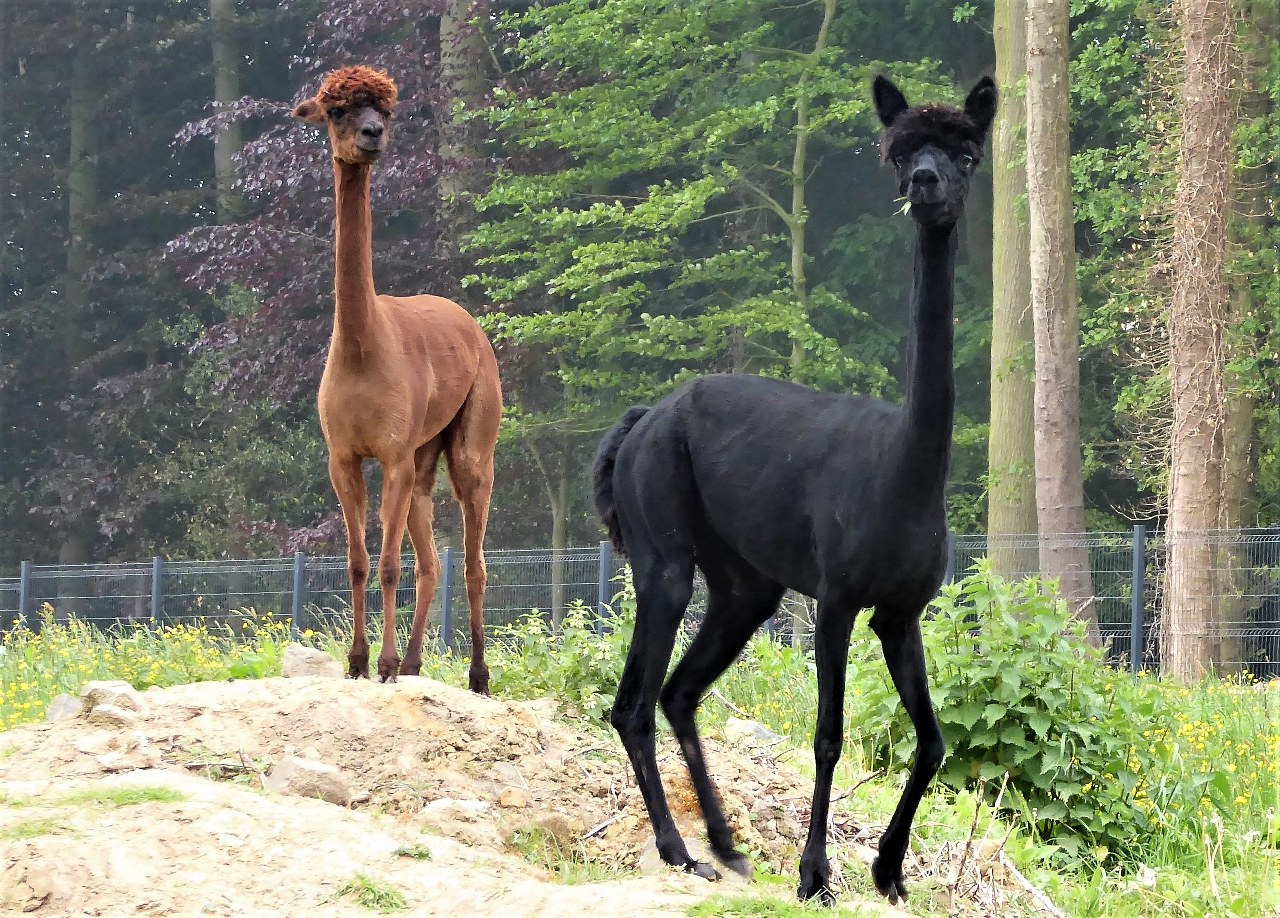