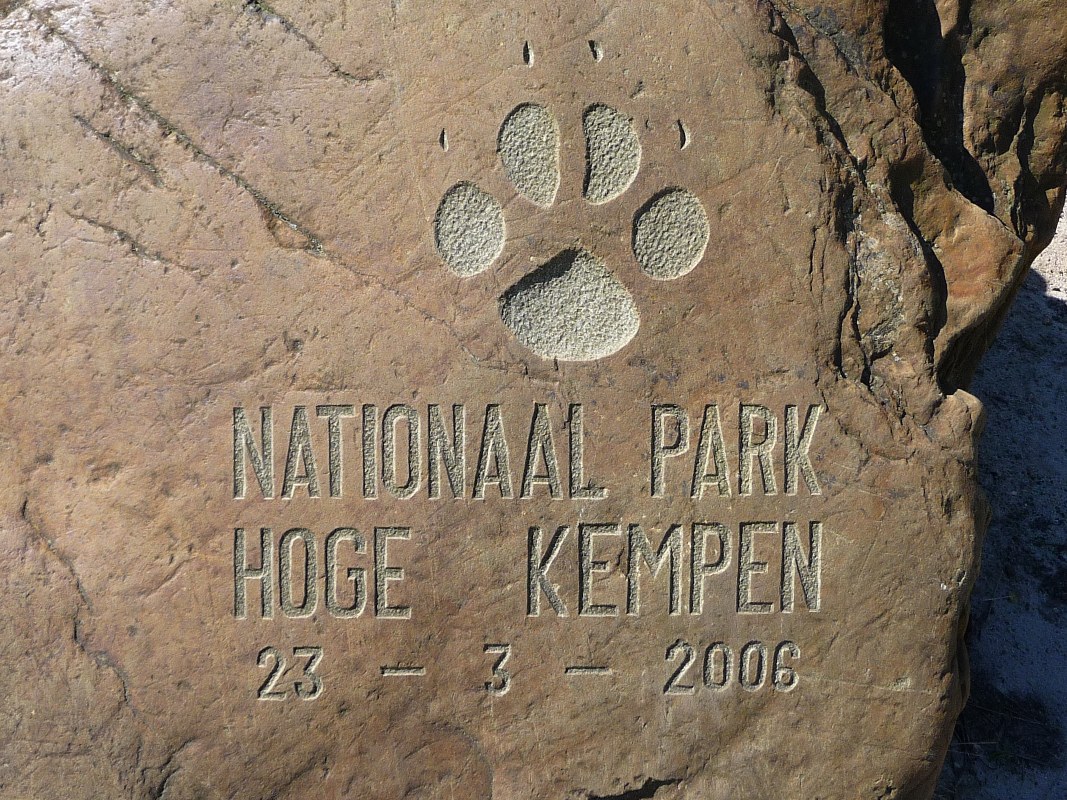 Enjoy some Limburg fresh air in the Hoge Kempen National Park. It’s an excellent place for a hike or cycle ride.

The world’s first national park — Yellowstone in the United States — was established in 1872. In Europe, Sweden led the way when it created nine national parks in 1909.

It took a little while longer for Belgium to establish its first — and as yet only — national park on Belgian soil, when in early 2006 the Hoge Kempen National Park was officially opened. It covers more than five thousand hectares and stretches across the municipalities of Dilsen-Stokkem, Maasmechelen, Zutendaal, Lanaken, Genk and As. Five locations serve as ‘gateways’. Each has a large car park, easy access via public transport, information kiosks and a cafÃ©. Admission to the park is free and it’s not fenced off.

The unique feature of the Hoge Kempen National Park is that it’s located in a previously heavily industrialized and still densely populated region of Europe.

In 1901, coal was discovered in the region, and the open spaces of Limburg rapidly began to decline. For almost a century, the coal industry thrived in the area, but in the 1990s the area’s seven mines closed, leaving 40,000 people unemployed. Jobs were badly needed in the region and several corporations wanted to build factories in the Hoge Kempen, an oasis of untouched land in the industrial zone which had largely retained its natural beauty despite nearby development. Not surprisingly, a conflict arose between conservation and development.

A key event was in 1990, when the largest coal company and the largest NGO for nature conservation in Belgium, Natuurpunt, came together to form the Regionaal Landschap Kempen en Maasland (RLKM), with a common goal to conserve the land in the province AND continue to provide jobs and economic development.

The RLKM began to campaign for the permanent protection of a piece of the Limburg landscape through the creation of Belgium’s first national park. They were not solely focused on the environmental conservation aspect but believed that such a park could provide jobs and revenue through eco-tourism.

Over the coming years, more than 80 million euros were raised from sources such as the Flemish government, the European Rural and Regional Development Fund, municipal and provincial development funds, the European Union, local stakeholders and the private sector. Eventually, in 2006, the Hoge Kempen National Park was officially opened by the European Commissioner for the Environment.

It really is a fantastic achievement to establish a national park in the midst of a densely populated area. Not only is it preserving nature and the environment, but the park has created jobs for the local community and brought economic revenue to the region.

The Hoge Kempen National Park is accessible via five local ‘Gateways’. At each one there is a car park, a cafÃ© and an information board, while some have visitor centres. Each offers a good starting point for your hiking, cycling, mountain biking and horse riding activities, but each one also offers its own ‘flavour’ and unique experience of the national park. (Click on each for more info).

Unique here is the Cosmodrome, where you can watch a show on the stars and planets of our night sky. Afterwards, you can look through a genuine telescope. Kattevennen is also the best place to go horse-riding: with advance notice you can saddle up at Manege Kattevenia for a horse-riding lesson. There’s also a botanical garden, a petting zoo and a children’s playground.

Kick off your socks and shoes and enjoy a short (2 km) but stimulating barefoot walk over wood, stone, woodchips, grass, loam — and even water. Also at this gateway is the insect museum — a fascinating introduction to the world of creepy-crawlies. It includes a bee centre, and greenhouses full of breeding butterflies. You can then put the theory you’ve learned into practice by following the insect path.

A great place to visit with children. Activities include a gnome trail, a small animals’ zoo, a collection of farm animals to stroke and feed, and an adventure playground. For older children, the moated Pietersheim Castle provides fun in the shape of a 3D-animation movie, fortifications, the cellar where the munitions used to be kept, and the game ‘Looking for Knights’.

Railway enthusiasts will love this gateway. Here you can take a ride in an old diesel train, to Waterschei or Eisden, or even spend the night in an authentic overnight train. There’s also a mini-train that takes you on a 1300-metre ride through the forest. It passes a 31-meter watchtower, which is a replica of the derrick with which AndrÃ© Dumont discovered coal in As in 1901. Climb to the top to get great views over the national park. I recently did a super 25 km walk through the National Park starting from this gateway, which I will blog about very soon.

Being a nature lover and keen hiker, this is my favourite gateway. No fewer than nine paths are laid out through this part of the National Park. All are colour-coded and excellently signposted. I’m going to write a specific post on suggestions for three walks, depending on the time you have available, starting from this gateway.

So there you have it – a brief introduction to the Hoge Kempen National Park. It really is a super area to explore, on foot, by bike, or even on a horse. As I say, I will be posting details of two walks I recently did, from the Mechelse Heide and Station As gateways.

In the meantime, you can click on the Gateway links above to discover their precise location and what you can expect to discover in the immediate neighbourhood.