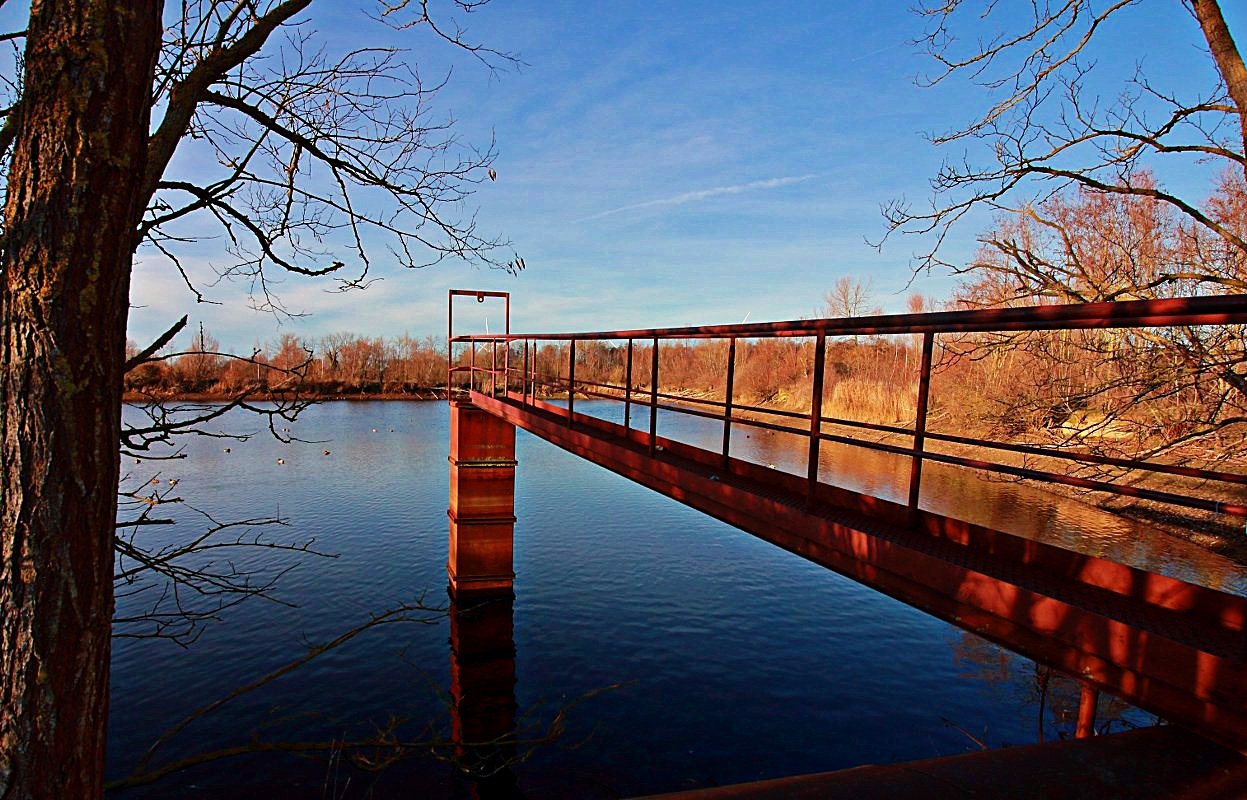 A country walk around two nature reserves, a château, and the villages of Hollogne-sur-Geer, Omal, Grand-Axhe and Petit-Axhe in the province of Liège.

This is a walk that you can definitely customize to your own wishes. If you have the time and the energy, you could of course complete the whole 11 km circle. But as you see from the map below, you could easily snip off smaller, more manageable circles. For example, you could just spend an hour around the Hollogne-sur-Geer nature reserve. Or you could do this plus Omal village for a 6 km circle. Or you could start over in Petit-Axhe and just do the Petit-Axhe/Grand-Axhe circuit which would be around 4 km.

Below is the map of the route. As always, you can click to embiggen, download to view or print the PDF, and get the GPX track from RouteYou. Starting point for the 11 km total circuit is the Place du Tombeux in Hollogne-sur-Geer where you can park your car. By public transport, one option is to take the train to Waremme. From here, TEC bus 128 goes to Place du Tombeux. Alternatively you could walk from Waremme railway station down through Petit-Axhe towards Grand-Axhe where you could jump onto the route, but this will add another 2 km to the walk, and then another 2 km at the end to return to the station. But it’s doable.

I am delighted to say that Discovering Belgium’s Roving Reporter Herman Vandecauter not only recommended this route but took his camera along to take some pictures of it. Thanks Herman!

Leaving the village, your first stop are the lakes, ponds and reedbeds of the Hollogne-sur-Geer nature reserve. The many different habitats prove a magnet for a variety of birds that stop over to rest during migration, over-winter, or breed here during the spring.

Apparently no fewer than 212 bird species have been observed here. Pride of place is probably the black-necked grebe; Hollogne has the first nesting population of this bird in Wallonia. More common are the more familiar great-crested and little grebes. Particularly in winter they are joined by ducks flying in from the colder north, such as teal, pintail, shoveler, gadwall, merganser and various geese.

Migrating waders often drop in too, such as snipe, sandpipers and phalaropes. A few decades ago, such wetlands would have been much more common than they are today, hence the importance of this 26-hectare managed and protected reserve. Some areas of the reserve are inaccessible, but others are accessible, or viewable from the path or a bird observation hide.

Located between the villages of Grand-Axhe and Petit-Axhe is another attractive nature reserve to walk around. The area includes an orchard of old varieties of fruit trees, a hay meadow, ponds, marshes, reed-beds, and a coppice area.

You could also just walk this nature trail which is a 3.5 km circular route that begins from Hexapoda that I mention below. It’s also worth visiting in the spring to enjoy the riot of wild flowers.

What else to look out for?

The old Château d’Omal which belonged to the lord of the village. Its core dates back to the 17th century and was extensively renovated in two stages in the 18th century.

Le Moulin Castral, a 19th century building that has been converted into two countryside gîtes. Post-COVID it would be a great place to stay to explore the region.

Hexapoda Insectarium: Another place to bookmark for a visit post-COVID restrictions – if you like anything to do with creepie-crawlies. Observe several thousand living insects (including colonies of bees, termites and ants), stuffed specimens and various photos and displays, both indoors and outside in a 2,500 m² garden that’s specially designed to attract a multitude of six-legged visitors.

There’s the largest watercress farm in Wallonia. Of course you want to know all about watercress! If this is your thing, then Cressonnière d’Omal may be worth a visit.

What’s that you say? “Man can’t live by watercress alone?” Then you need to drop in at Hesbaye Frost and see how they freeze top-quality vegetables, rice, pasta and potatoes.

So you see there is plenty to enjoy and experience in this area. Thanks Herman for your photographs; as super as always! If you haven’t already subscribed to Discovering Belgium, drop your email in the box below to get new posts directly in your inbox: