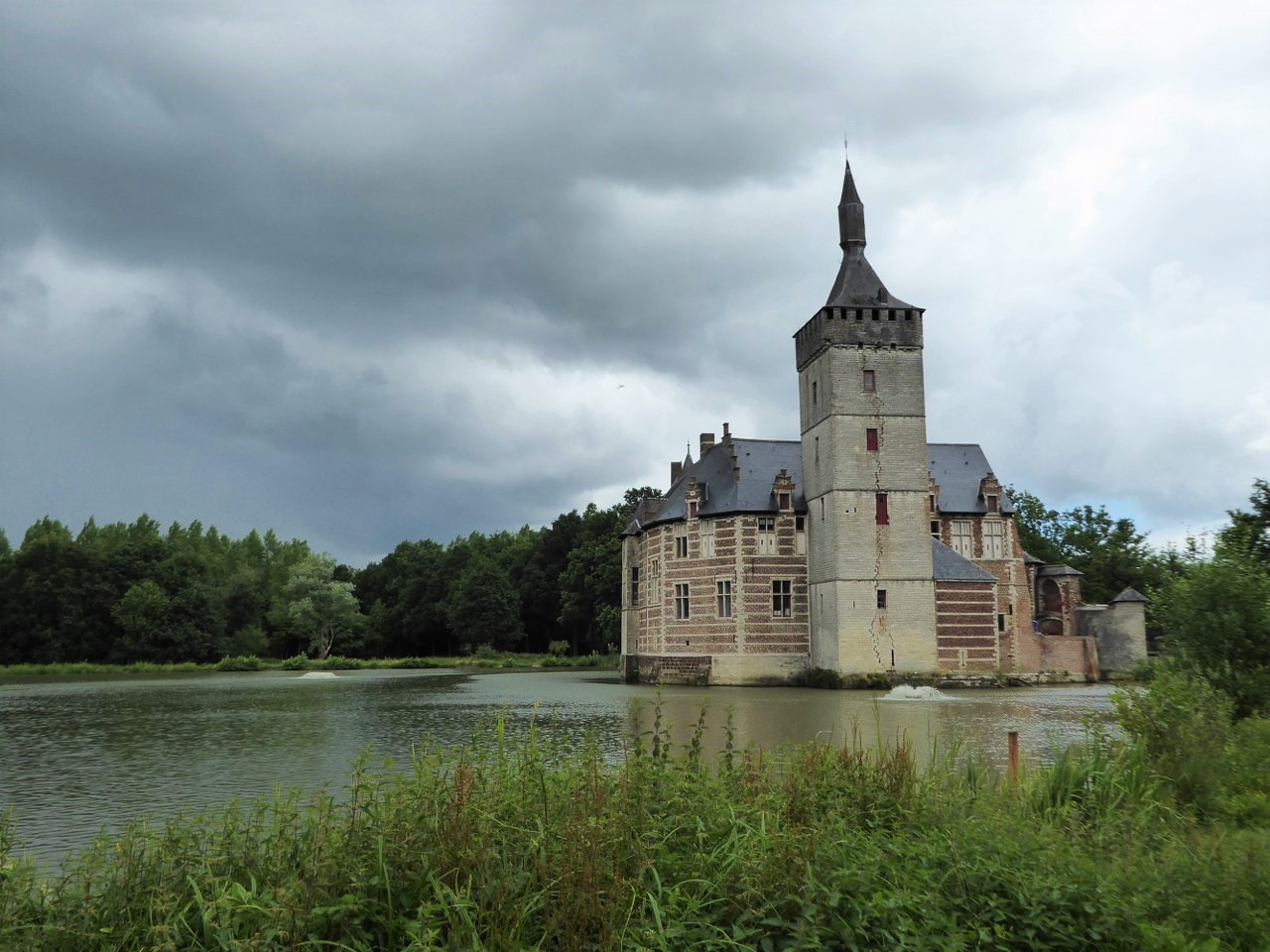 Located to the east of Leuven, Horst Castle has remained largely untouched since the middle of the 17th century

To get the most out of a visit to Horst Castle, you should know what not to expect. There are no great works of art hanging from the walls; no ancient tapestries or lush rugs in the bedrooms. The living rooms are empty of tables and chairs; the kitchen is largely devoid of pots and pans. In fact, Horst Castle is empty and unlived in, and has been for over three hundred years. And that’s precisely why it’s worth visiting.

Horst Castle is special because it’s authentic. Most of the castles in Flanders were renovated or rebuilt in the eighteenth or nineteenth centuries, but at Horst nothing happened; everything stood still after 1658.

The castle was built in the mid 14th century by Amelric Boote, described in local records as a wealthy money-changer. By 1482 it had come into the hands of Lodewijk Pynnock, Bailiff of Leuven.

Being bailiff has always been an unpopular profession, and residents of Leuven expressed their displeasure at Pynnock by burning down part of the castle. However, he rebuilt it and re-started his feasts and tournaments. That was until his money ran out in 1500 when he was forced to sell the castle.

Enter the Lady of the Manor

In 1650 a remarkable woman came on the scene, when widow Maria-Anna van den Tympel inherited the estate. She fell in love with Horst, and carried out major work on the property. A deeply religious woman, she built a new chapel. Three living rooms were decorated with superb stuccos. A servants’ wing was added. Outside the main gate, a coach house was constructed. This was a particularly forward-thinking decision as the horse-drawn carriage had not yet become a common mode of transport. However, the coach house never realised its full potential; the lady of the castle died in 1658 and Horst has been uninhabited ever since.

Entering the courtyard across the wooden bridge you can see the original medieval perimeter wall and the slot where the portcullis would have been.

From the courtyard you get a good view of the traditional Brabantine brick and sandstone wall with stepped gables and cruciform windows. Note the difference between the plain servants’ windows and the ornate windows of the floors above.

The biggest room is the Ovid Hall, where feasts were held and dances organised, with its haut-relief stucco work on the ceiling, including six scenes from the Metamorphoses by Ovid, the impressive work of Jan-Christian Hansche.

The walls of the 600-year-old keep certainly have some stories to tell. The first floor is the reception area where visitors were received. The entrance door dates back to 1422. Today’s visitors can examine the cramped privy and tiny washbasin. The faded pictures and emblems on the walls can still be seen — red, blue and gold, reflecting the wealth of the owners.

I squeezed up the narrow stairs that took me up to the living quarters and the bedroom. Occupants would have slept sitting on the wide window ledges (lying down was for the dead). Higher up would have been the barracks and finally the battlements with their crenellations and throwing holes. From here I got a good view of the lake in which the castle stands. Maria-Anna van den Tympel would have had a different view. The lake was dug in the early 20th century and stocked with fish, although the castle always had a moat.

Outside the castle gate is the coach house built by Maria-Anna van den Tympel in 1657; wall anchors form her initials. Part of the coach house is now the visitor centre and heritage shop. The former displays a wide range of history books, while the latter sells a selection of local produce such as wine from the Boschberg winery in Scherpenheuvel-Zichem and Jack-Op beer.

After a visit to the castle, you don’t have to go far to enjoy some refreshments. Part of the coach house has been converted into a restaurant, unsurprisingly called Het Wagenhuis Horst. Whether you are in need of a quick pancake and cup of coffee, or something more substantial, it should meet your needs. On the menu are some interesting local specialties, such as Hageland herby fish soup, and Holsbeek ham with mustard sauce and chips.

Please note: the castle has been temporarily closed recently (June 2018) due to urgent repairs being necessary. Before visiting, you might be advised to give them a quick call to check it’s open (tel: 016 62 33 45).

And if you want to spend a day in the area, I have also written a post describing four walks starting from Horst Castle.

To get new posts directly into your inbox, add your email below: