How to make a wildlife garden in 4 months 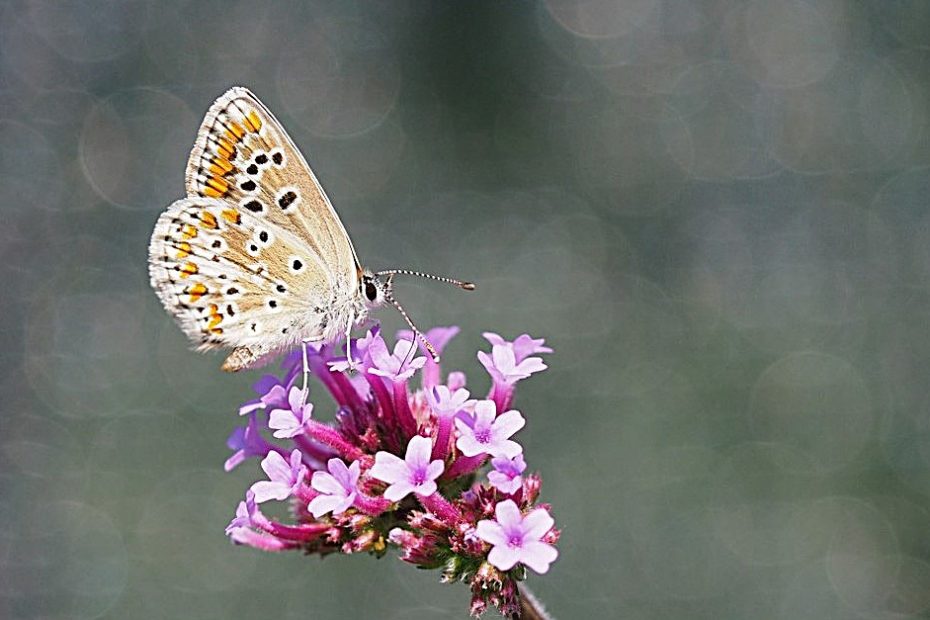 It doesn’t take years to make a mature wildlife garden. Here’s how we made one in 4 months.

Earlier this year Liz and I decided it was time to down-size from house to apartment. However, we were still keen to have a garden. At first, no apartments with a garden came up on the rental market. Just as we were beginning to think we might have to make do with a terrace and learn how to garden in pots, Bram at A-Property phoned up with an offer that sounded too good to be true. A ground-floor apartment with a small garden in the exact area we were hoping to live. We went to visit it, instantly loved it, and on May 1st moved in.

The small “garden” was actually just a lawn and nothing else. In other words, there were no borders, and no plants at all. Just grass. Standing in the middle of the lawn, there was, unsurprisingly, a distinct absence of wildlife!

We spent a week getting the apartment straight, and then it was time to work on the garden. Our priority was simple: plant lots of flowers and bushes to attract butterflies, other insects, and birds.

Plants need soil to grow in, so my first job was to create borders, which involved digging up the grass all around the perimeter. Note: don’t (as I did) do too much of this work at once! I ended up with three painfully twisted vertebrae that needed some sessions at the local physiotherapist!

Anyway, in my enthusiasm I soon had created some borders between 50 and 100 cm wide. It was then time to visit the excellent local garden center Botanica. Over the next few days we brought back a bunch of plants renowned for attracting pollinators. These were all small plants costing between 2 and 9 EUR.

Stocking a new garden with plants can be expensive though. The cheapest way is to grow plants from seed, so we also came back with a wide selection of seed packets. Most of these I sowed in trays to transplant out later. Sunflowers and sweet peas went straight in the ground. The biennials were grown from seed and planted out to flower next year (although some of them already flowered this year). We chose poppies, foxgloves, lupins, love-in-a-mist (Nigella), honesty (Lunaria), Chinese forget-me-not (Cynoglossum), ox-eye daisy, hollyhocks, viper’s bugloss (Echium) and globe thistle.

Liz also picked up a packet of seeds of meadow flowers for bees and butterflies from the supermarket which caught her eye. So I removed more grass and sowed those, wondering what the end result would be. It was really outstanding. The seeds grew well and the first flowers appeared about four weeks later. The first to flower were zinnias. These were followed by borage, cornflower, Coreopsis, and yellow, pink and orange Cosmos. The honeybees were wild about the Borage; the bumble bees loved the Cosmos.

The seeds I planted soon turned into seedlings, and were either pricked out into pots or put straight in the ground. A couple of months later and many were already in full bloom, attracting a wide variety of pollinators. I can really recommend the blue Cynoglossum for the pollinators.

One of the first things I did was set up my night-cam overnight, just to see if any nocturnal animal was visiting the garden. I was surprised and thrilled to discover that a hedgehog was squeezing underneath the garden gate. I decided to encourage further visits by setting up a hedgehog feeding station which I wrote about here. It began to visit the garden every night. But I wanted to go one step further and encourage it to spend the day (sleeping) in the garden.

So I bought a hedgehog nestbox from Vivara. Actually I didn’t buy it. I had just won a 50 EUR voucher from Vivara in their summer nature photography competition (a photo of a Brown Argus butterfly in our new garden!), which I exchanged for the hedgehog box. I collected some dry leaves from the nearby wood, some hay from a field, made a comfy nest, and left some of the material outside the box. That very night, I filmed the hedgehog repeatedly entering the box and then exiting to bring in more leaves and hay. He or she now has a safe place to spend the day, a bit of extra food at night, and (now) a garden with some slugs, worms, beetles and snails to dine on. I hope it also chooses to hibernate there.

The latest news is that my night-cam recently caught TWO hedgehogs in the garden. I hope they are different sexes and that next spring we will be able to welcome hoglets.

As if that wasn’t exciting enough, my night-cam has also picked up two more nocturnal mammalian visitors to the garden. A field mouse made a brief appearance once. But a more regular visitor is a beech marten! Oh we also have a couple of pipistrelle bats circling the garden and catching insects.

Birds have not been forgotten. I have put up my seed feeders and made a safe place for the bird bath. However, the summer isn’t the best time to be attracting birds to a garden. In the summer they moult, lose their feathers and keep very much to themselves.  It will be from October onwards that we hope to get more birds visiting the garden. I’m looking forward to that.

While de-turfing the lawn, I came across lots of larvae of may beetles. I collected them and put them in a shallow dish. The local starlings went crazy for them. Obviously a delicacy. I also found a couple of old tree stumps in the local forest, brought them back and installed them in the garden – along with their resident woodlice and beetles. All good food items for birds.

And of course I have put up some nestboxes, that will hopefully be used next spring. Two for the blue tits and great tits; a 3-hole communal box for the house sparrows (below); and an open one for the black redstarts.

Plant it and they will come

Right from day one I began to make a record of all wildlife visiting the garden. I gave myself a target of 100 species in the first full year. I am amazed at the biodiversity we have managed to attract to the garden. Currently, just four months since moving here, the list is already at an impressive 95 different species. Here’s the current list of species recorded in the garden in the last four months:

Diptera are the flies; Hymenoptera are the bees and wasps; Coleoptera are beetles; Nepomorpha and Gerromorpha are bugs. The number of moths is high because I made a home-made light trap to capture and record them. (If you want to do the same, I recommend getting the Sylvania Mini-Lynx Blacklight Compact BL368 buib). On warm dry nights I occasionally leave it on overnight, and it attracts moths which hide inside the box below the light. I then open the trap first thing in the morning, photograph the moths and release them. It’s great that the flowers are attracting these nocturnal pollinators too.

I’m staggered at the number of butterfly species: 12. I really did not expect so many, as we live quite close to the center of a small town. Of course, that doesn’t mean the garden is swarming with butterflies. Some of these 12 species were individual butterflies that were seen just once. But it’s great to see them fly in, have a refreshing drink of nectar, and fly off.

As to future plans, what the garden doesn’t have is a wildlife pond. The garden is too small for anything sizeable, so I may look into installing a shallow tub and filling the edges with water plants. It might attract dragonflies and damselflies. It might also be good to leave some of the lawn to go wild to encourage more wild flowers.

So there you have it: how to make a fully functioning, attractive wildlife garden in the center of a town in just four months, providing food, water and shelter for nearly 100 species – and still counting. Liz and I have both enjoyed making this wildlife garden. We get immense joy from seeing:

I hope this post is an encouragement for you. Amazing things can be done to help your local wildlife. You don’t have to live in the countryside. You don’t need a large garden. You don’t need to spend a lot of money. All of the above are easy, quick and inexpensive to put into action. What’s more, making a wildlife garden – or converting part of your garden into a wildlife-friendly patch – would be a great project for children or grandchildren. Any questions on this topic, just contact me.

There’s already a bunch of ideas for other nature projects on this blog. I’ve also added a brand new search facility, making it easier to find what you’re looking for. With nearly 400 articles here, it can be difficult to find specific information. Just type your keyword into the search box and you’ll see that it’s easier now to find something.

If you want to be informed of future posts, just add your email below:

And if you want to support this blog, you can by buying me a coffee – or perhaps a packet of seeds! Thanks, Denzil