How to identify berries on a country walk 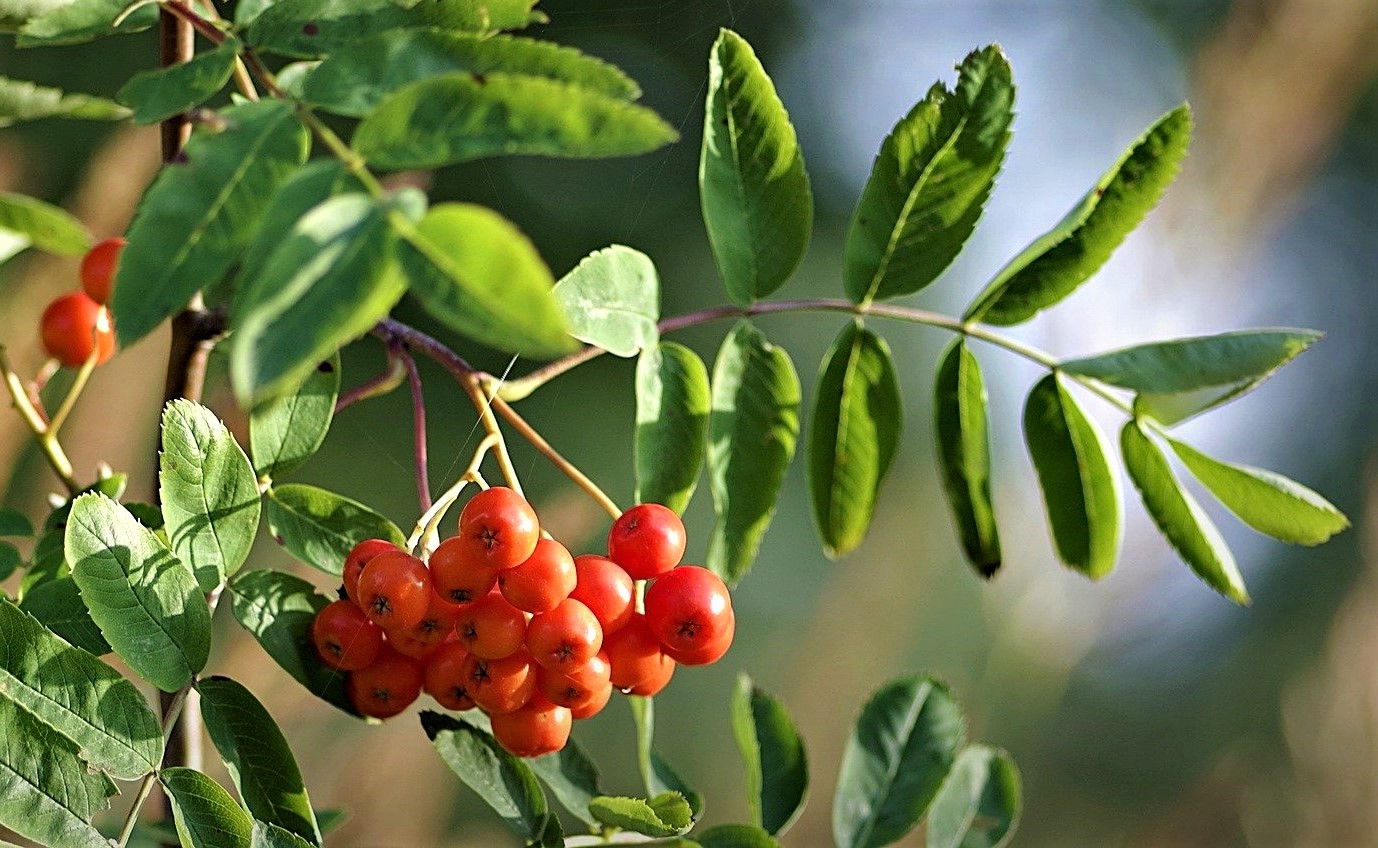 A simple illustrated guide on how to identify berries on a country walk. It describes over 20 of the more common berries you may come across.

Recently I enjoyed a walk along a country lane that was bordered by hedges that were absolutely dripping with berries. Some of them I could immediately identify; others not. So I thought it would be good to make a post describing the most common berries you might find on an autumnal country walk.

I hope this little guide is inspirational as well as informative. It’s a companion piece to How to identify farm crops during a country walk. I hope both can make a country walk more fun, both for adults and children.

A word of warning. Some of these berries are edible, others are toxic. So before picking and eating one, be sure you have made the correct identification! Unless otherwise stated, most are “berry size”: that is, the size of a pea. Where identification of the berry is tricky, I indicate the characteristic leaves of that plant. Pictures are mine unless otherwise indicated.

The berries of the Hawthorn (Crataegus monogyna) are probably the most common berry you will come across. They are smaller than a pea. In the past, Hawthorn berries were used to treat a variety of health conditions. They are rich in vitamins B and C and can be collected and turned into jams or extracts.

Shinier and softer are the berries of the Guelder Rose (Viburnum opulus). Note its characteristic leaf shape. The Guelder Rose berries can be toxic if eaten in large quantities. The name apparently originates from the Dutch province of Gelderland.

Different again are the more pinkish berries of the Spindle (Euonymus europaea). Also smaller than a pea.The close-up photo of the Spindle berry shows its characteristic vertical lines.

Larger than a pea, less spherical, and with a shinier, plastic feel to them are rose hips, the fruit of the wild rose. I remember being given Rose Hip Syrup as a child due to its health benefits. Garden or ornamental roses tend to have “fatter hips”, if you pardon the expression (second photo).

The berries of the Rowan or Mountain Ash (Sorbus species) are characterized by hanging in clusters. Confusion with Hawthorn berries is also avoided by checking the characteristic leaves of the Rowan. Rowan berries also have huge health benefits. They are loved by birds, especially blackbirds, thrushes, and (in the picture) waxwings. (Photo by Ilya Yurukin from Pixabay).

More used for decoration than consumption are the berries of the Holly (Ilex aquifolium). They are more easily identified by the sharp prickly Holly leaf. (Photo by Vi Jakob of Pixabay).

Another bright red berry is that of the Honeysuckle (Lonicera periclymenum), also called the Woodbine. These berries are sticky, in small clusters at the end of the stems. They are toxic. (Photo by Rowena Millar of Pixabay).

You might come across the berries of the Yew (Taxus baccata) in or near churchyards. Unlike many other conifers, its seeds are not inside a cone but in a red, fleshy, berry-like structure called an aril, which is open at the tip.

This is usually a garden plant but does escape into the wild. Identify it by its profuse small berries that do not have stalks, and its tiny leaves. Blackbirds and thrushes like Cotoneaster berries.

Firethorn (Pyracantha) is another common garden shrub but also exists in the wild. It bears absolutely masses of small red berries – but some species produce orange berries too. Birds love them. The shrub can be identified from similar red-berry-bearing shrubs from the presence of sharp needle-lie thorns.

Cranberries (Vaccinium oxycoccos in Europe; Vaccinium macrocarpon in the US) grow wild in boggy areas but are also heavily cultivated. They are found on low, creeping bushes. The berry is larger than the leaves of the plant; it is initially light green, turning red when ripe. Fresh cranberries are hard and bitter; most are processed to make cranberry juice and cranberry sauce. (Photo by Luda Kot from Pixabay).

If you are walking by the coast you may come across the densely clustered orange berries of the Sea Buckthorn (Hippophae rhamnoides). It does however pop up unexpectedly inland. (Photo by Uschi Dugulin from Pixabay).

I’ve added Firethorn (Pyracantha) here as well as in the red berry category as some species of Firethorn produce orange berries. A good aid to identifying Firethorn is the presence of needle-like thorns.

Instantly recognizable. Impossible to resist. Blackberries! Officially they are the berries of the Bramble (Rubus fruticosus).

A frequently harvested berry is that of the Elderberry (Sambucus sp). It grows in large clumps of tiny purple or black berries. It’s used in all sorts of drinks and preserves.

The black berries of the Dogwood (Cornus sanguinea) grow in clusters. Tiny and matt black rather than shiny.

Don’t confuse the Dogwood berry with the Ivy (Hedera). Ivy berries grow in even tighter clusters, and each berry is more squarish than spherical with a flattened base. Also note the characteristic shiny leaves of the Ivy.

Not surprisingly, the berries of the Bird Cherry (Prunus padus) are loved by birds. They first appear as red berries, before turning purple and then black. They can be distinguished from the other black berries mentioned by being smaller, shinier, and in small hanging clusterslike blackcurrants.

Privet (Ligustrum vulgare) is well-known and a ubitiquous hedging plant for front gardens, but it also grows wild in hedgerows. It has black berries that are smaller than a pea and which appear in pyramidal clusters. Surprisingly for such a common plant, its berries are poisonous.

The large, blue-black berries of the Blackthorn (Prunus spinosa) are called sloes. I wouldn’t recommend eating one as they are extremely bitter. However, they can be turned into jam, or the famous liquor Sloe Gin. They are the size of a marble rather than a pea.

Depending on where you are walking, blueberries (Vaccinum corymbosum) can be very common – and a delightful snack for the hungry hiker! These familiar berries are spherical, pea-sized, and dark blue to almost black, often with a coating of a powdery white bloom on their skins. You’ll know that you have definitely found wild blueberries by the five-pointed calyx or crown on one end. (Photo by red stone from Pixabay).

Bilberries (Vaccinium myrtillus) are often confused with blueberries. However, bilberries are smaller and darker than blueberries, so are very dark blue tending to black. They are dark inside too, whereas blueberries have a pale green flesh. (Photo by Anneli Salo, Wikimedia Commons).

Mistletoe (Viscum album) is of course a favorite Christmas decoration. It’s actually a parasitic plant that’s normally found growing high up on usually Apple and Poplar trees. Clumps of mistletoe can be seen from a distance on trees, particularly in the winter. The berries are small, white and sticky.

The Snowberry (Symphoricarpos albus) is a familiar garden shrub but one that I am increasingly seeing in hedgerows. It bears white berries that are slightly larger than a pea.

I hope this has given you a useful if brief guide to identify the most common berries, at least in Western Europe. As I mentioned earlier, take care if you are going to collect berries to eat. It might be best to stick to the more easily identifiable species. If you come across a berry you are unsure of, you can always send me a photo and I’ll do my best to help.

If you are interested in collecting wild berries to eat, I can recommend these three books:

Disclosure: As an Amazon Affiliate I may receive a small commission from items ordered.

If you found this information useful, feel free to give a donation to the running of Discovering Belgium. In return, you’ll get a free eBook! (More details are visible when you click the donation link).

Thanks for your attention, and I hope you have a Berry Enjoyable walk!

You may also be interested in these complementary guides:

10 thoughts on “How to identify berries on a country walk”