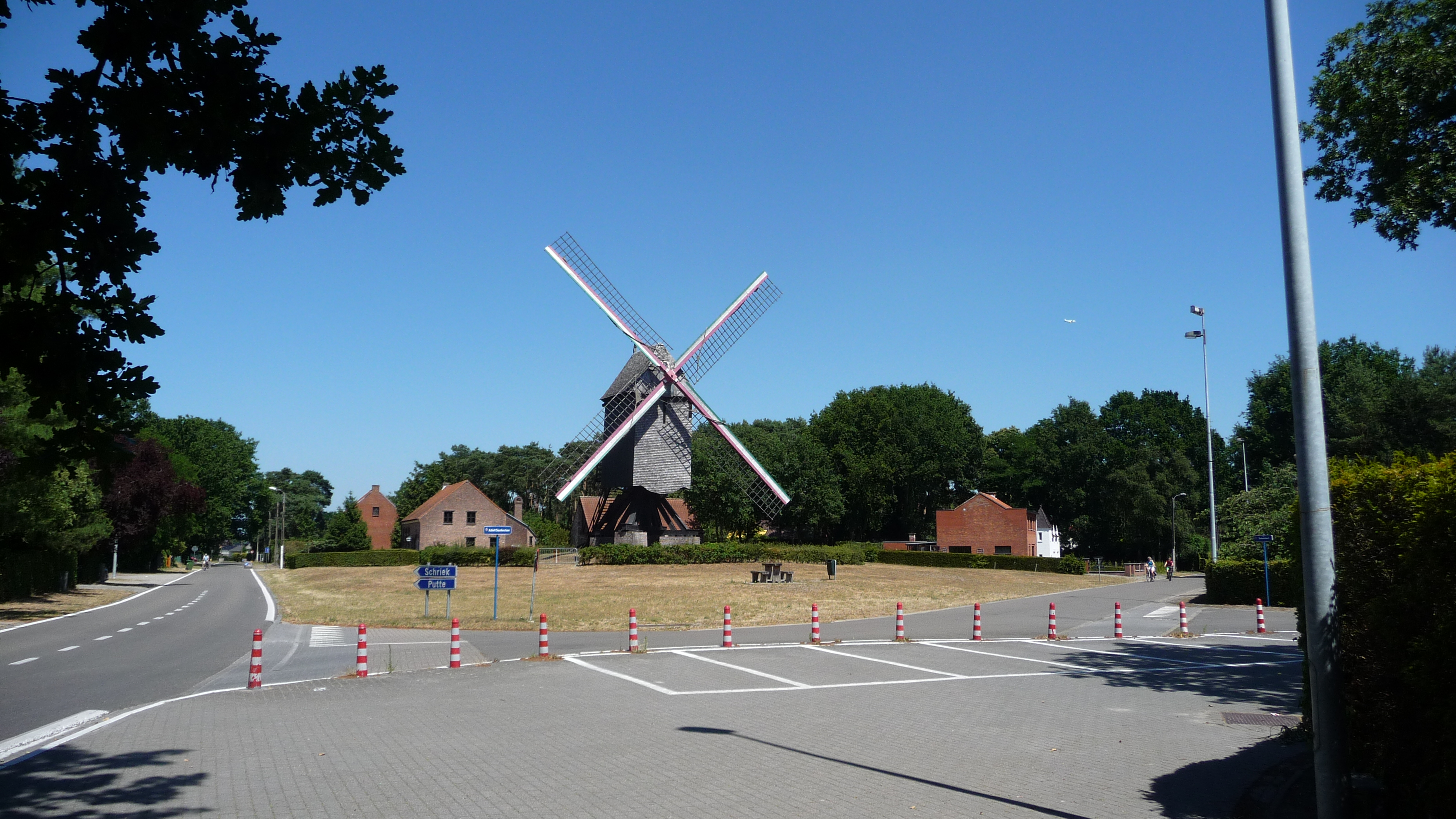 The Keerbergen Mill was built in 1706. For a long time it was owned by the Arenberg family who resided at the Castle of Heverlee near Leuven. 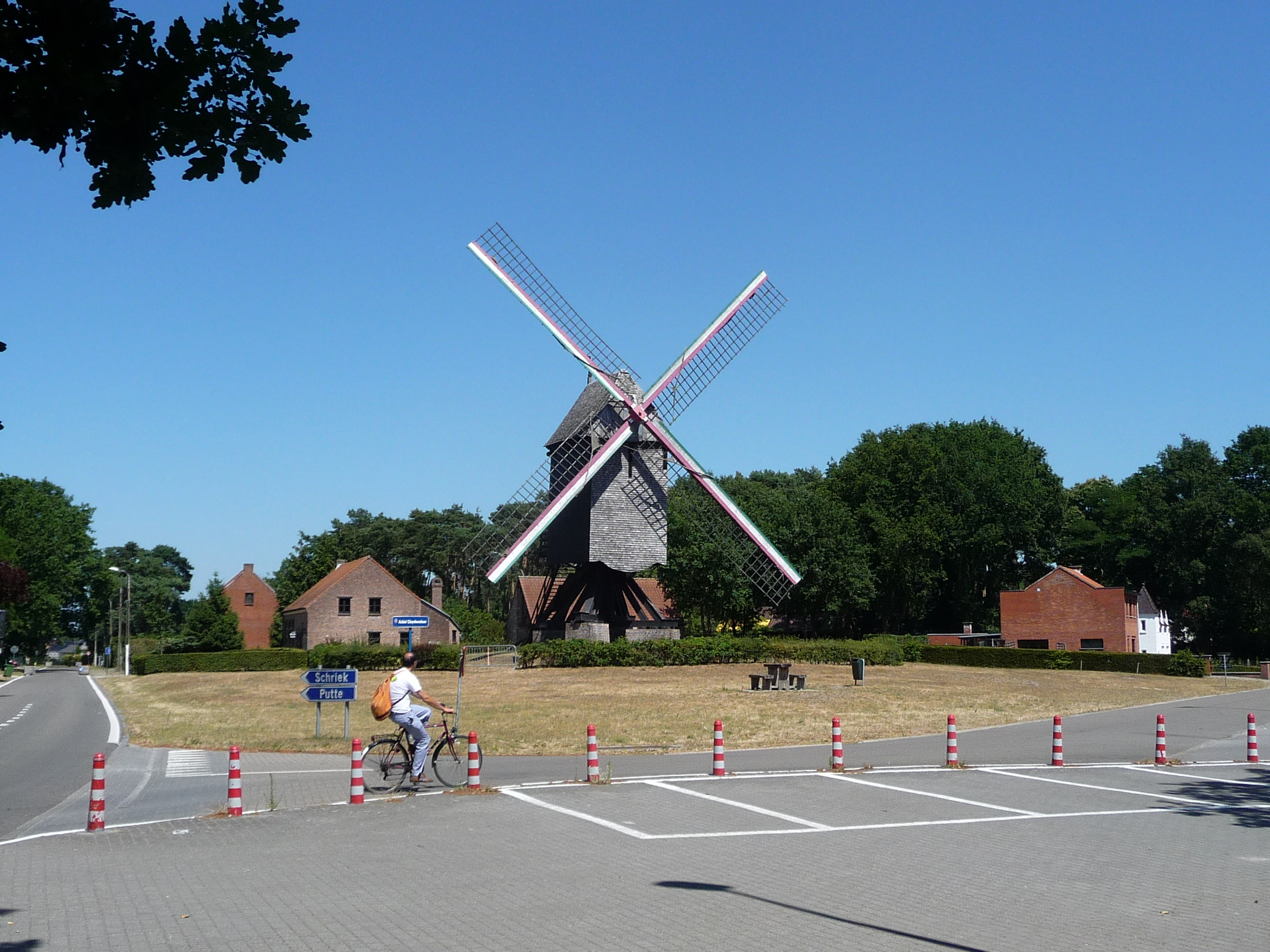 Originally it stood in a different location, closer to the village of Tremelo, but just 14 years later it was moved to its current situation. Apparently it was first built in a location where the wind wasn’t! This reminds me of a few lines in Paul Simon’s song “Learn How to Fall”:

“You got to drift in the breeze

Before you set your sails

In an occupation where the wind prevails

Before you set your sails

Drift in the breeze”

Once they had worked out the prevailing wind and set their sails, the windmill worked just fine!

It’s a post mill. The main body of the mill consists of a large wooden box that can turn about a heavy wooden pillar — the post. The body is rotated to enable the sails to face into the wind so that the sails turn. 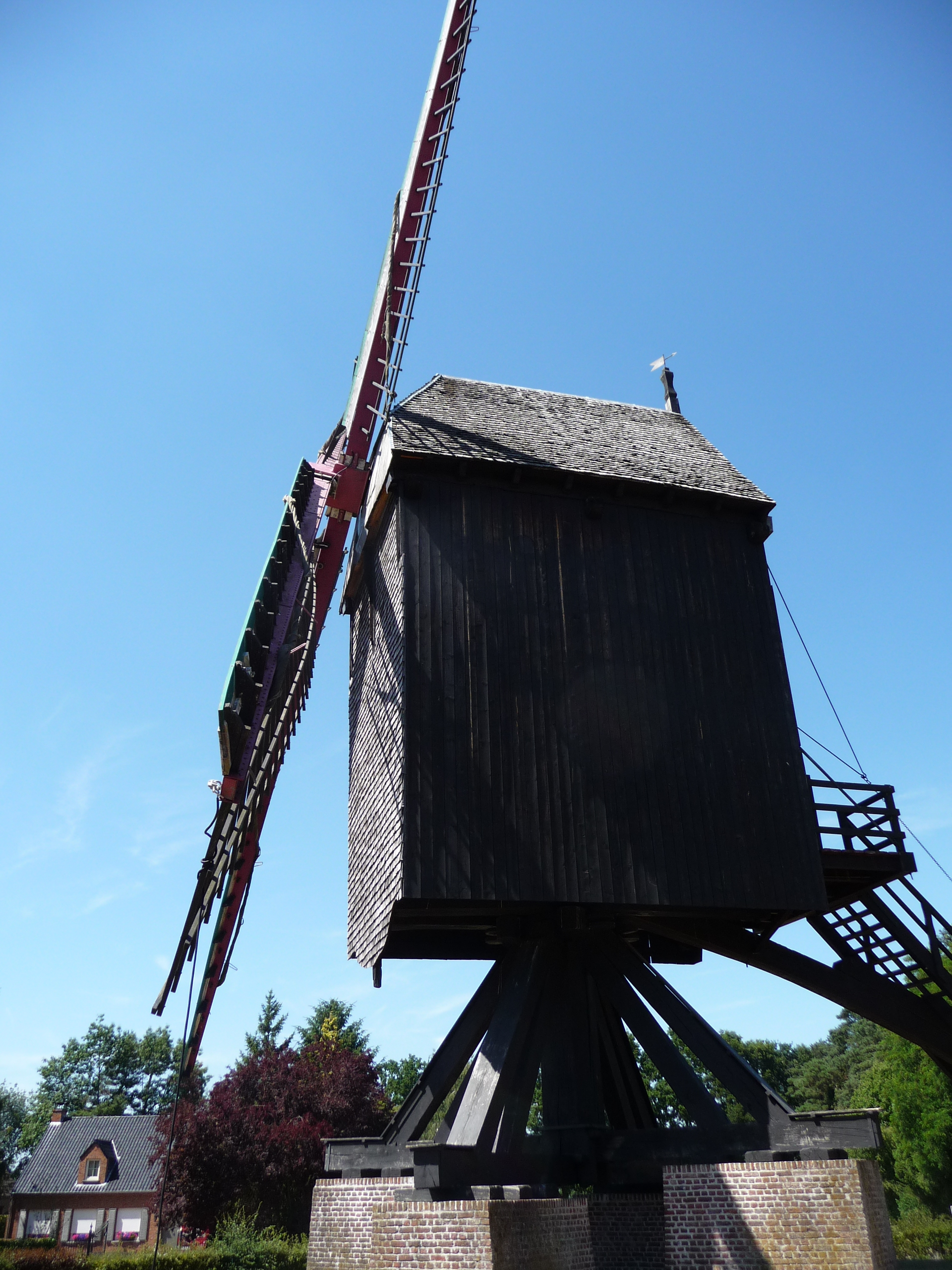 The tail construction and the ladder at the rear of the mill form a counterweight for the great weight of the stocks and sails, so that everything is balanced. 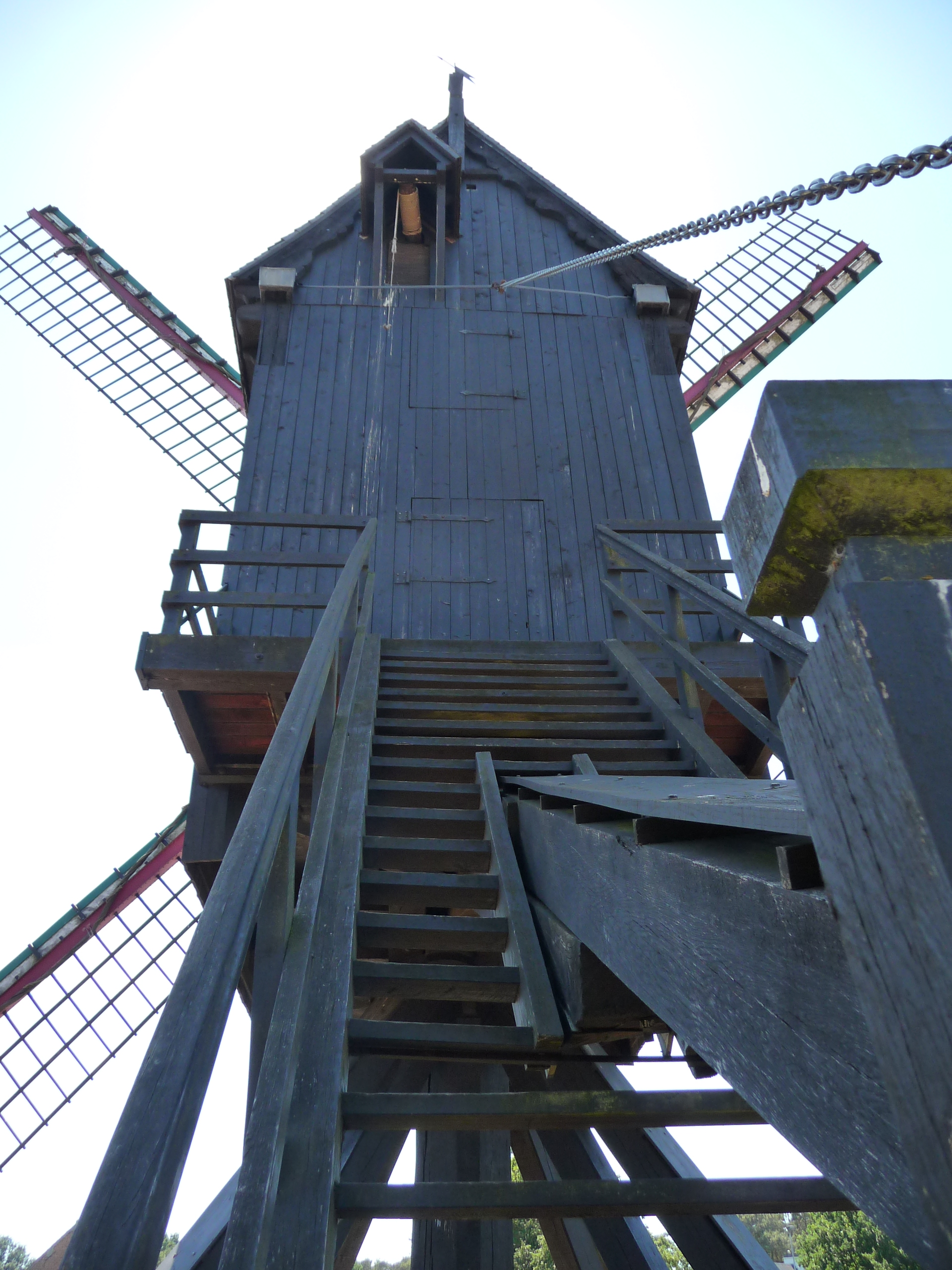 The mill has been struck by lightning four times, and was badly damaged in the two world wars, most notably in 1944 when a V1 flying bomb hit it and tore all the slates off the roof. By the end of the 20th century the mill was in a pretty poor state, but in 2002-2003 was fully restored and brought back into working order.

Until recently, on every last Sunday afternoon of the month, a miller would bring the Keerbergen Mill to life again, and give guided tours. Unfortunately he recently retired. Worse, the mill is in need of repair, which is scheduled for next year.

Let’s hope that the Keerbergen council find the money to restore it, because it’s the only surviving mill in the Dijle region. In 1970, the region had 76 windmills, but apart from this one in Keerbergen, they have all disappeared. 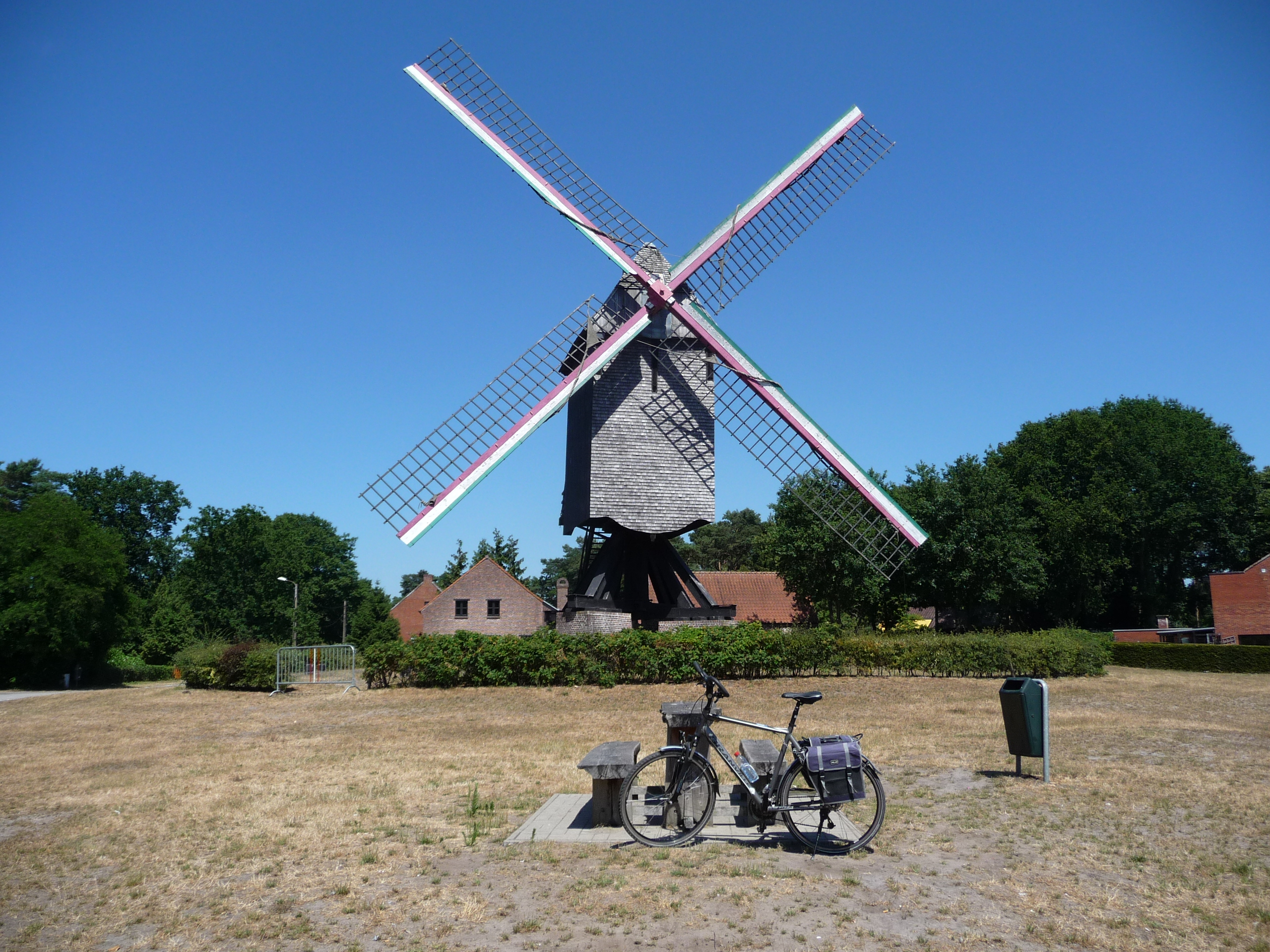 Where to find it: You can find Keerbergen Mill on this Google Map, or on my overview page of all sites on Discovering Belgium here.