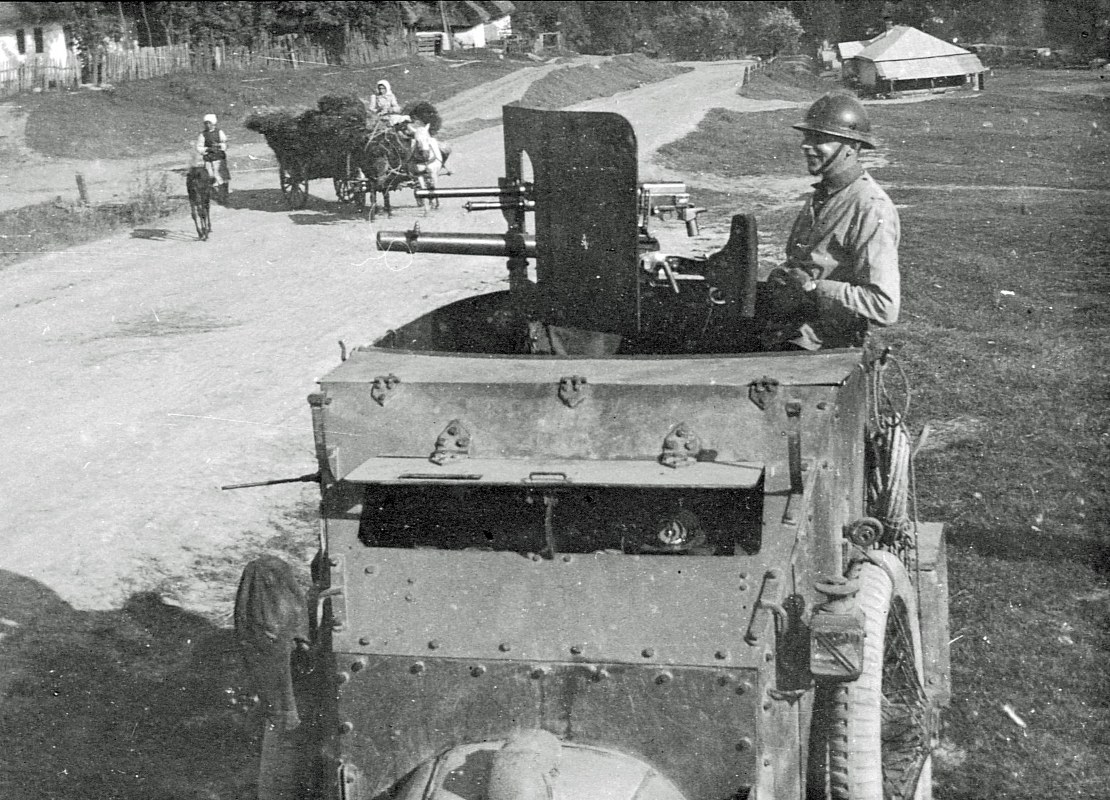 The little-known “Around The World In Three Years” odyssey of a group of Belgian soldiers during the First World War. They were given the name “King Albert’s Heroes”.

The book “King Albert’s Heroes” by August Thiry details the incredible global odyssey of a group of 400 Belgian soldiers during the First World War. This is the Belgian Expeditionary Corps of Armoured Cars (Corps Expeditionnaire des Autos-Canons-Mitrailleuses Belges, or ACM).

The book is a fascinating human interest story that covers the whole journey in detail, along with portraits of some of the soldiers. These include World Wrestling Champion Constant Le Marin, Belgian poet Marcel Thiry, and the eventual leader of the Belgian communist party, Julien Lahaut.

The ACM unit of 10 armoured cars and 400 Belgian soldiers was formed in northern France in 1915. Four of the vehicles are armed with heavy Hotchkiss machine guns; six have French Navy 37 mm rapid-fire guns and smaller Hotchkiss machine-guns. Each is crewed by four men: the driver; assistant driver who also cares for the ammunition; the commander; and the gunner. Each armoured car weighs four tons and is difficult to manoeuvre. The cars attack rearwards, where the bulk of the armour and the guns are located. This also makes the cars faster to retreat if the enemy counterattacks.

In Paris, the ACM have a rich benefactor. Madam Colao-Osario is the sixty-year-old widow of a Parisian banker who descends from wealthy Sephardic Jews. Wishing to support the good cause that is Belgium, she pays for the cars to have automatic starters, and sends the crews expensive binoculars.

From France to Belgium

On 21 April 1915 the ACM and their clean, brand-new armoured cars parade through the streets of Paris where the locals shower them with flowers. Their destination is altogether different. Moeres, on the Belgian-French border is low-lying polder country close to the Yser Front. The ACM unit is soon called into action, but encounters major problems. The cars get stuck in the Flemish mud, and can’t cross the trenches. They retreat to the beach at De Panne and take part in shooting practice.

From Belgium to Russia

The splendid vehicles don’t go unnoticed though. Russian military representatives in the neighbourhood check them out. They realise the machines would be perfect for the Eastern Front. Following an agreement between King Albert 1 and Tsar Nicholas II, the complete Corps is transferred to the Russian Front. Here it sees action against German and Austrian forces.

Russian to Ukraine to Siberia

In early 1917, the ACM get caught up in another huge conflict of global significance: the Russian Revolution. The autocratic regime of Tsar Nicholas falls and Russia is in tumult. Unable to cross German territory to return to Belgium, the men decide to “go the long way home” via Ukraine and Siberia. They leave Kiev on 21 February 1918 on the trans-Siberian train. After a long and hazardous journey, they eventually make it to Vladivostok on 20 April 1918.

Across the Pacific to the United States

Five days later they board the United States Army Transport ship Sheridan and arrive in San Francisco on 12 May 1918. In the States, the ACM Corps is treated like heroes. They were paraded in San Francisco, Sacramento, Salt Lake City, Chicago, Detroit, Buffalo and New York to promote military recruitment and the Third Liberty Loan.

It’s in the States that the term “King Albert’s Heroes” sticks. Are they heroes? Or pawns in a government and media campaign to encourage patriotism? There’s certainly a lot of disinformation and over-zealous reporting:

The Sacramento Union newspaper calls the ACM men “sturdy partisans of democracy” and “war-hardened heroes, most of whose faces bore the scars of battle as emblems of heroic exploits,” and claims that these Belgian veterans have exalted the population of Sacramento much more than the soldiers of Napoleon, Caesar and Alexander the Great would have done. (!)

USA to France to Belgium

The American adventure is over. The Corps set sail and cross the Atlantic, arriving in Bordeaux, France on 24 June 1918. On 15 July the unit of King Albert’s Heroes is officially disbanded. The men get a two-month leave and are then distributed among various Belgian army units. They do not lose touch with each though. They form the Fraternelle Amicale des ACM; the oldest Belgian association of World War One veterans. They publish their own Bulletin, the last issue of which appears in 1976, when there were still 30 ACM veterans left.

King Albert’s Heroes is available as a Kindle. Just click on the image for more details.

More on the First World War on Discovering Belgium here and here.