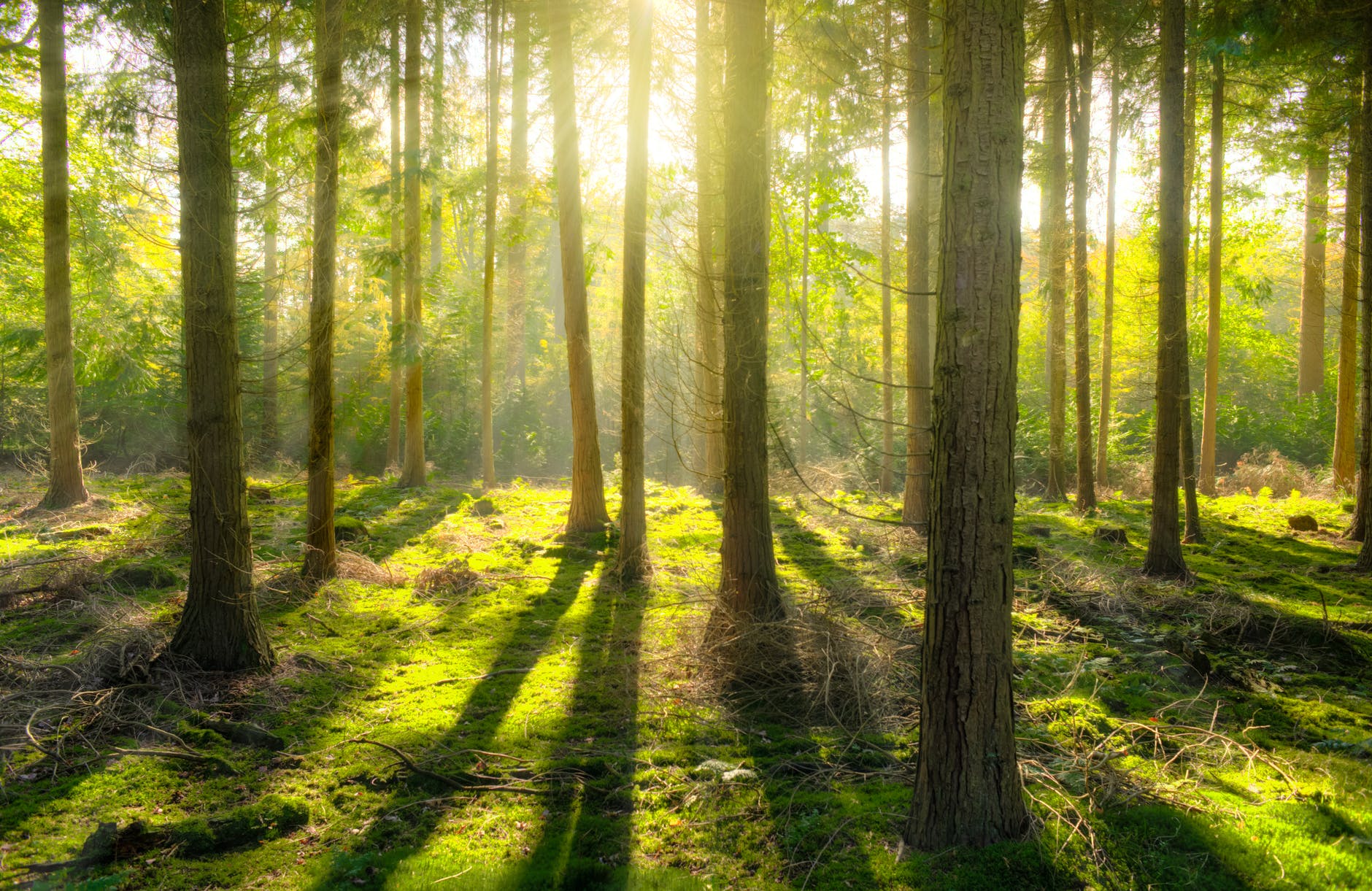 For day three of my weekend in the Ardennes, my destination was the Forêt du Pays de Chimay

The French title sounds so much more enticing than the English – Forest of the Land of Chimay. But in whatever language, this forest hike is a delight. Especially in the middle of a hot summer when the trees provide much-needed shade and coolness.

However, when I first did this walk it was in the early spring when I was in this area for three days. If you have been following me, you will know that I spent the night in an eco-cabin in the middle of nowhere. The goal was to see the stars without the normal light pollution. Well, the previous evening was completely overcast. Ever the optimist, I set my alarm for 5 a.m., got dressed, went outside … and it was still overcast. Not a single star was visible.

A shame, but resisting the temptation to go back to bed, I went for a pre-dawn local walk. Total darkness, total silence, apart from the rasping of cows munching their breakfast grass (do they ever stop eating?) and the distant hoots of tawny owls.

DAWN BREAKS IN THE FOREST

It was well worth the effort. As dawn broke, and the sun tried its hardest to break through the cloud cover, crossing a forest ride in front of me was an amazing sight. Not just one, nor two, but NINE adult wild boar! They were strung out in a line, like a hunting party of Tolkien’s orcs. A magnificent sight; unfortunately too dark to photograph. After a hearty breakfast, I packed up, picked up my lunch and drove off to my starting point on Rue Jericho to the south of Chimay.

I had selected a 21 km route of Chimay ADEPS, which is a sports association in Wallonia. Below is the map, which you can download as A PDF here. You can get the GPX track from my RouteYou page.

The morning was still cloudy, but thankfully the clouds had run out of rain.

Soon I was into the forest, first on a stony road:

And then a series of narrow, winding and attractive footpaths:

After a couple of hours of pleasant forest walking I was pleased to come out into the open air, particularly as the sun had finally broken through, and for the first time since Friday I began to feel warm!

It was Seloignes, a typical Ardennes village with plenty of pretty stone buildings of various sizes:

Next stop was a small lake outside Seloignes:

and then it was back into the forest:

While walking along and minding my own business, my attention was caught by some brown amidst the greenery alongside the path. Going closer I was very surprised to find:

It was so still, that at first I thought it was dead, but as I got closer it lifted its head. I walked right up to it and it didn’t run away so thought it was injured. But despite examining it thoroughly, there were no external wounds or broken bones. I tried to lift it onto its feet but it just had no strength to stand.

From the photo it looks like a small, young deer, but it was actually quite large and heavy. I know that female deer (hinds) find a sheltered spot to be quiet when they are about to give birth. However, this happens in May-June, not August.

So it was a complete mystery. I can only assume it was sick. I had no option but to leave it where it was, and hope it recovered or died quickly without suffering.

The rest of the walk proved uneventful. Altogether this route was a lovely combination of forest paths, rural lanes, pretty villages, a lake, and some lovely views.

MY OVERNIGHT ACCOMMODATION IN CHIMAY

Another cabin, but this time a lakeside cabin. Basic, but very peaceful, and I got some great views of a kingfisher at the end of the lake.

Of course, Chimay wouldn’t be Chimay without mentioning Chimay beer and cheese. I didn’t have time to visit, but the Chimay Experience sounds ideal for anyone wanting to find out more about these local products.

Add your email below to get new hikes delivered straight into your inbox.

And if you have any questions about this hike or any others on this site, drop a comment below, use the contact form, or even easier and quicker: