A month ago I posted on the blue fields of flax in Brabant Wallon. This weekend I walked around another area in this Wallonian province, starting in the tiny village of Lathuy, just outside Jodoigne. As I had previously mentioned, the flowering season of flax is very short – a matter of a day or two – so there were no fields of blue. Instead the flax had turned to a gorgeous rich gold. 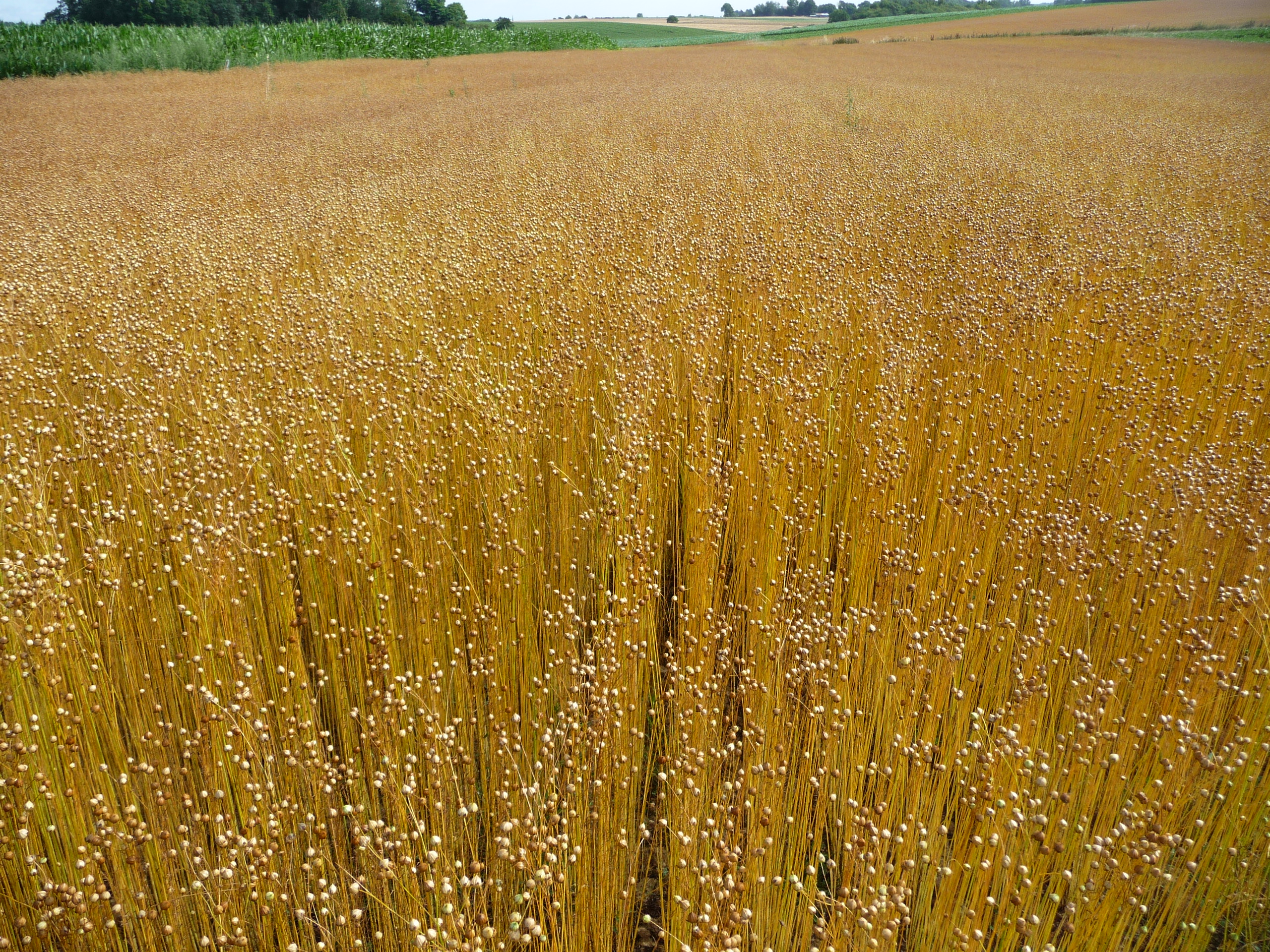 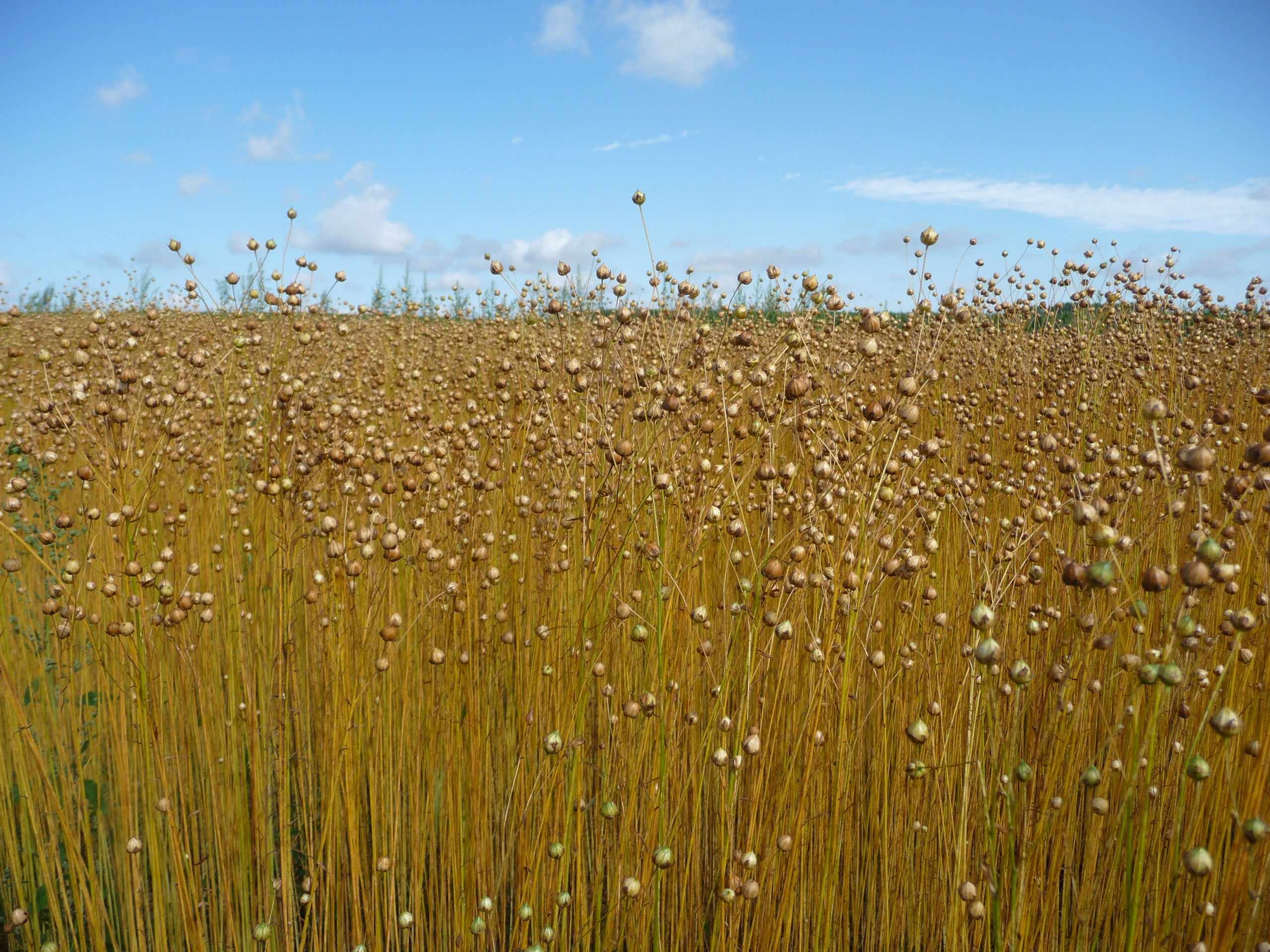 Some farmers had moved to the next step: harvesting, after which the flax stalks are laid in the sun to dry: 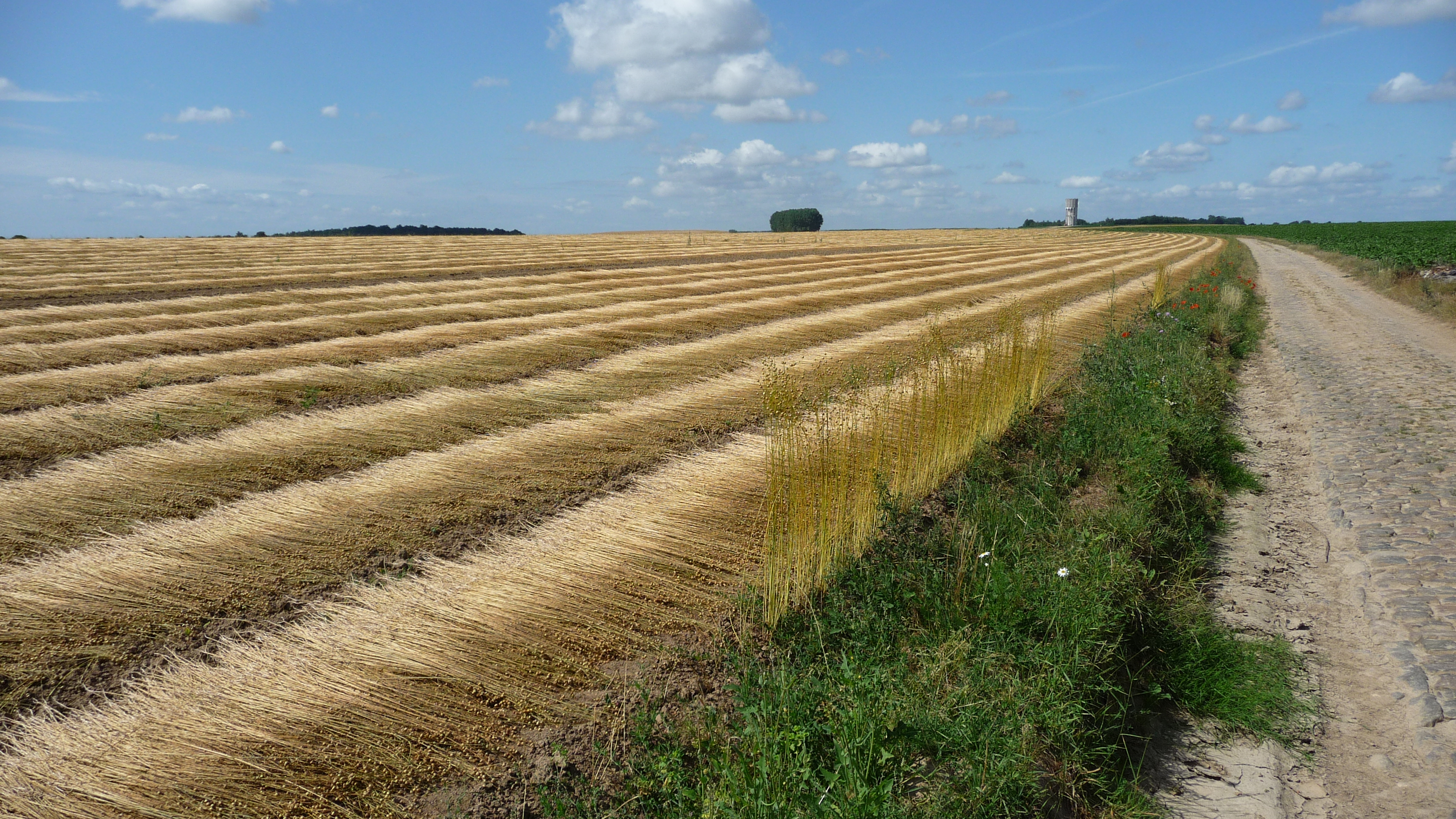 I started my walk in the centre of Lathuy at the junction of Rue du Village and Rue du Baty, where there is a map of the walk. 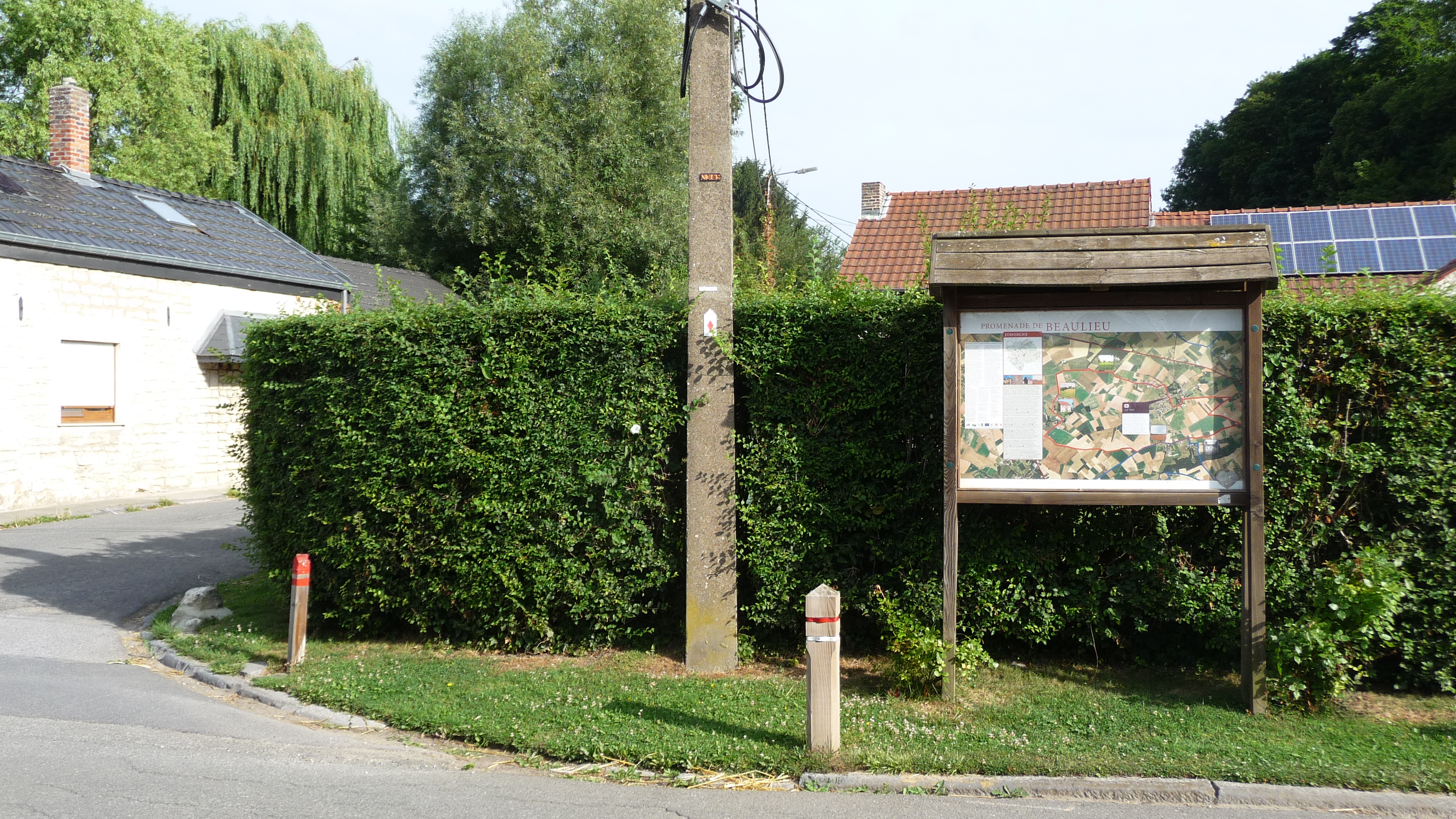 The walk is called the Route de Beaulieu and is well marked with red diamonds and occasional signposts. 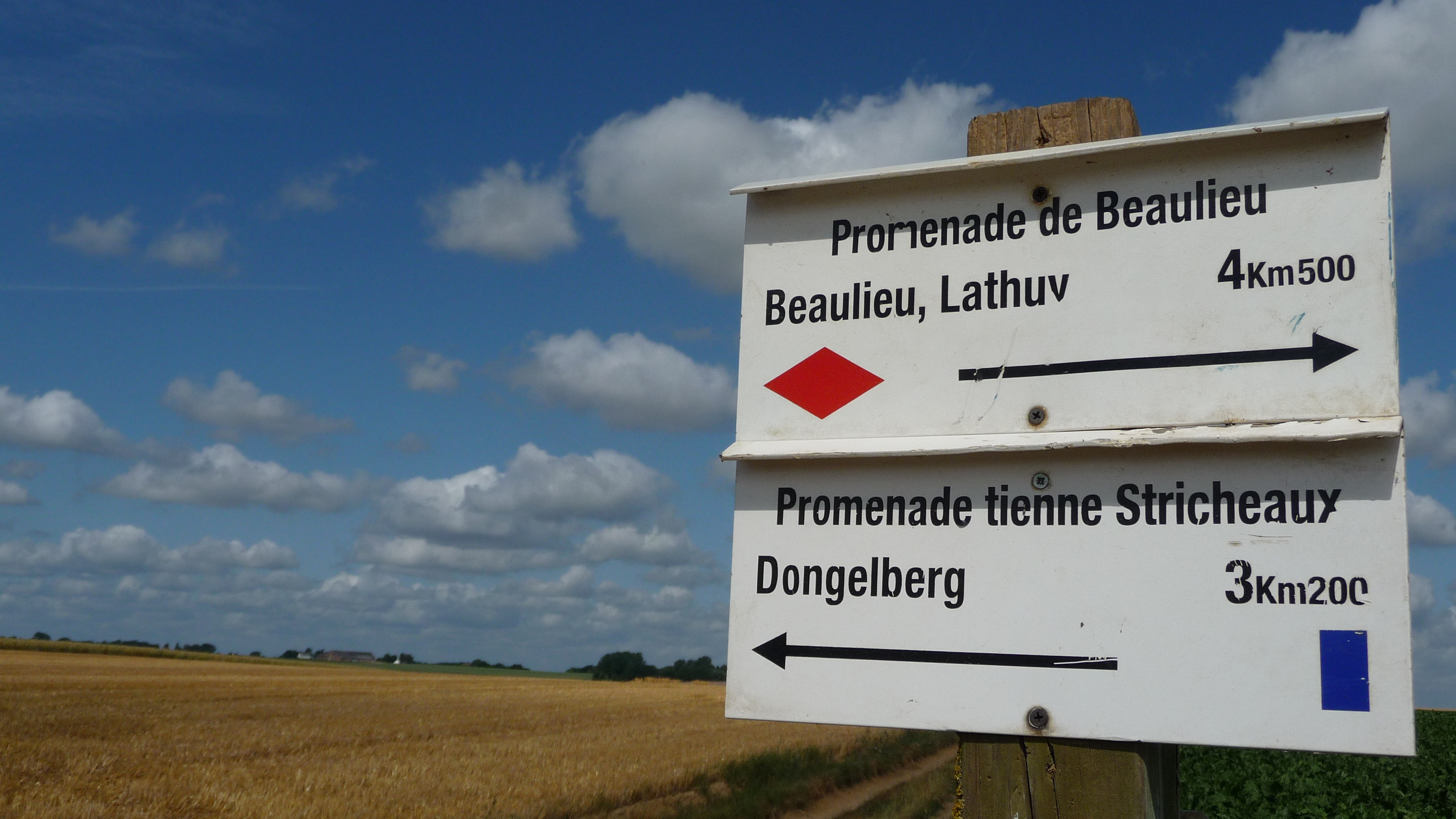 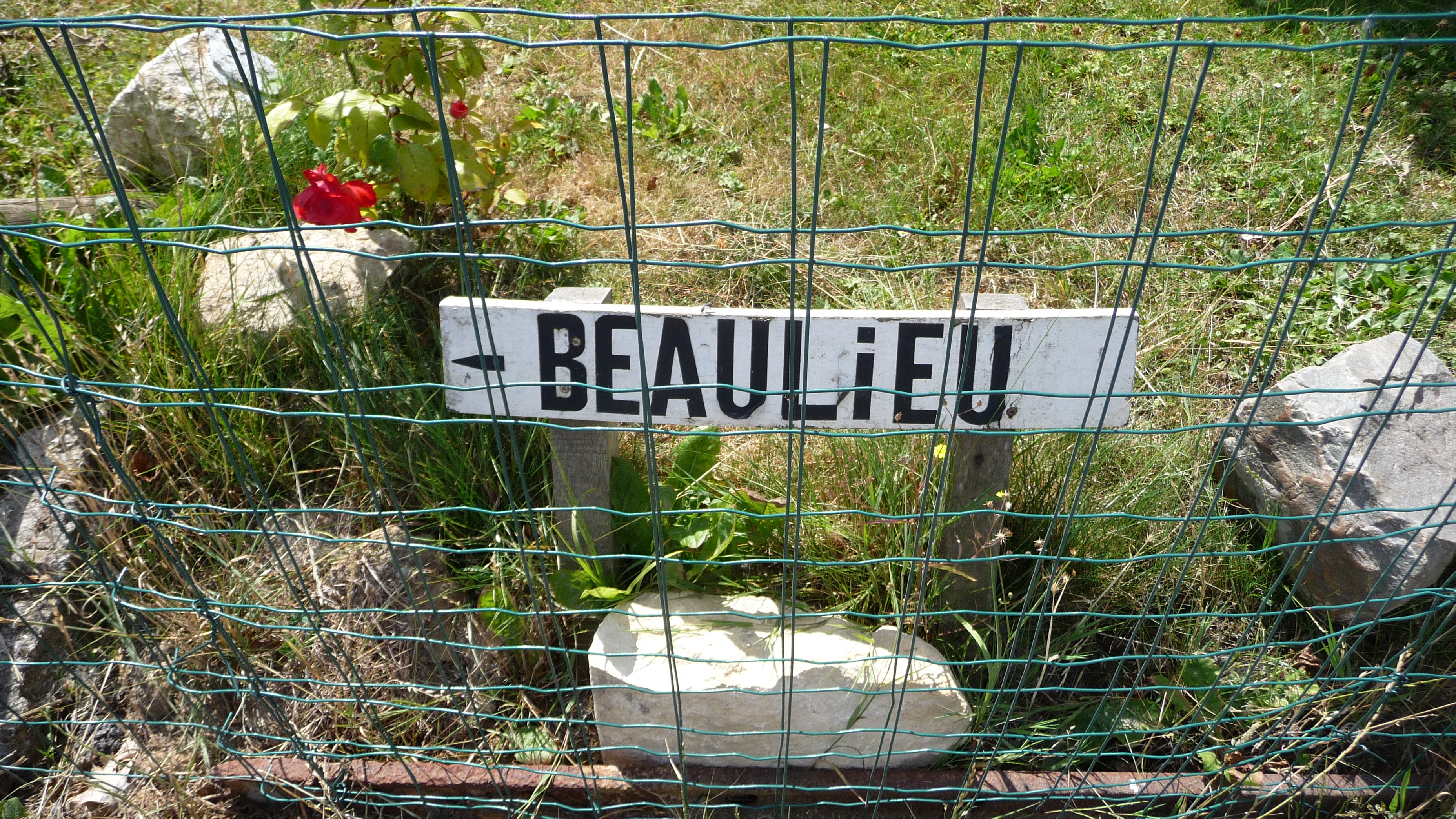 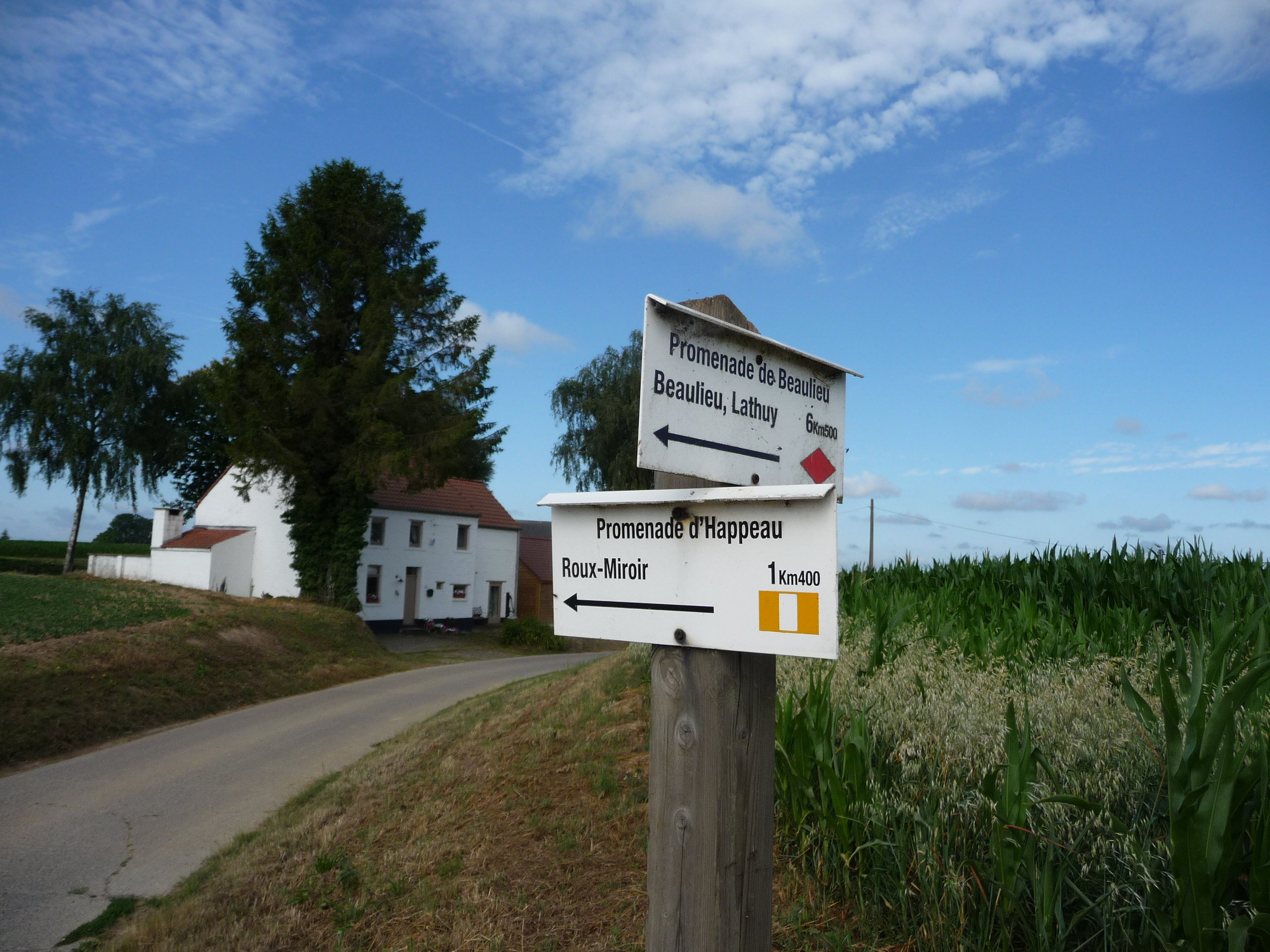 The first thing you will probably notice is the light-coloured stone that many of the houses are constructed with. 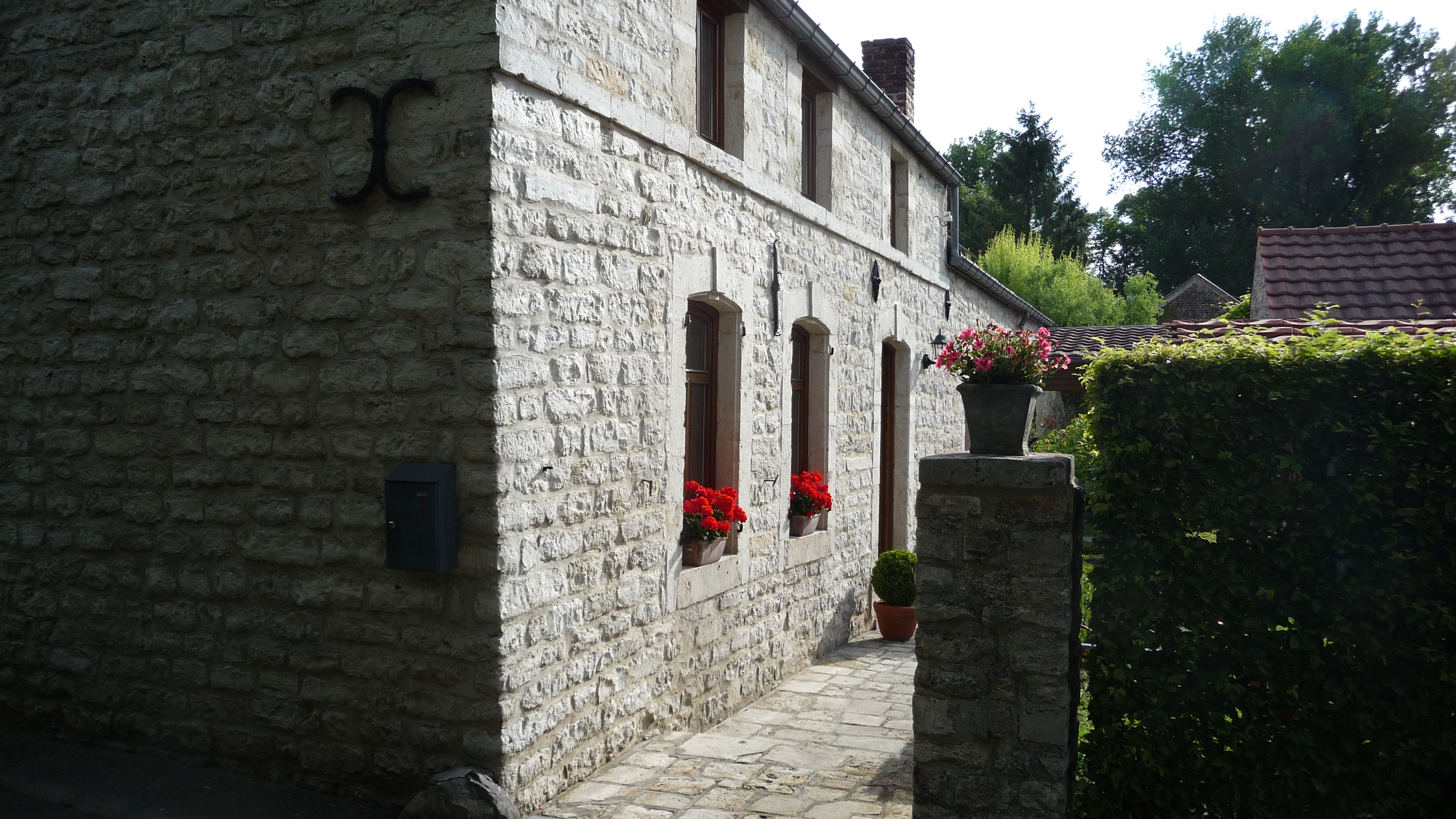 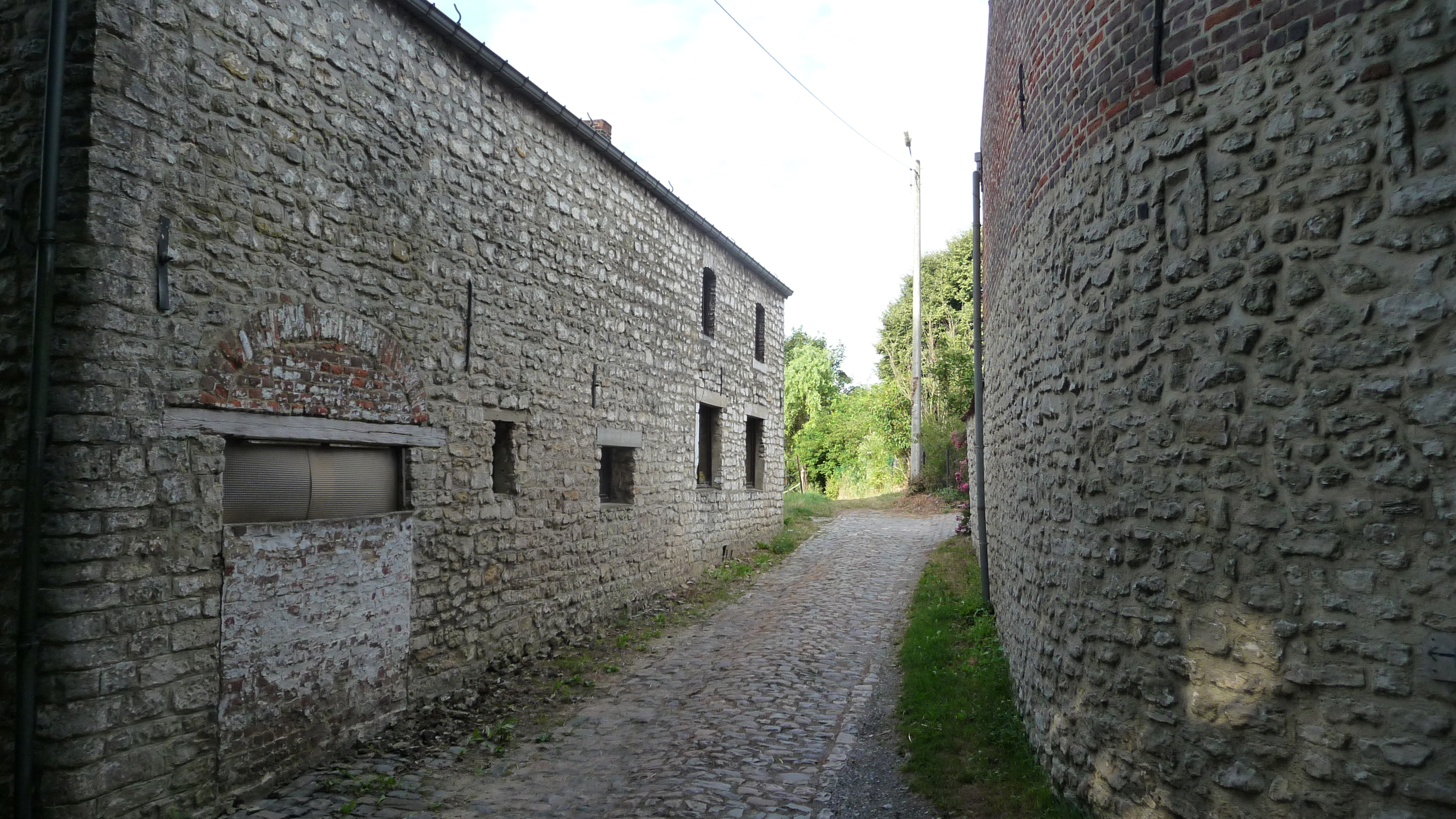 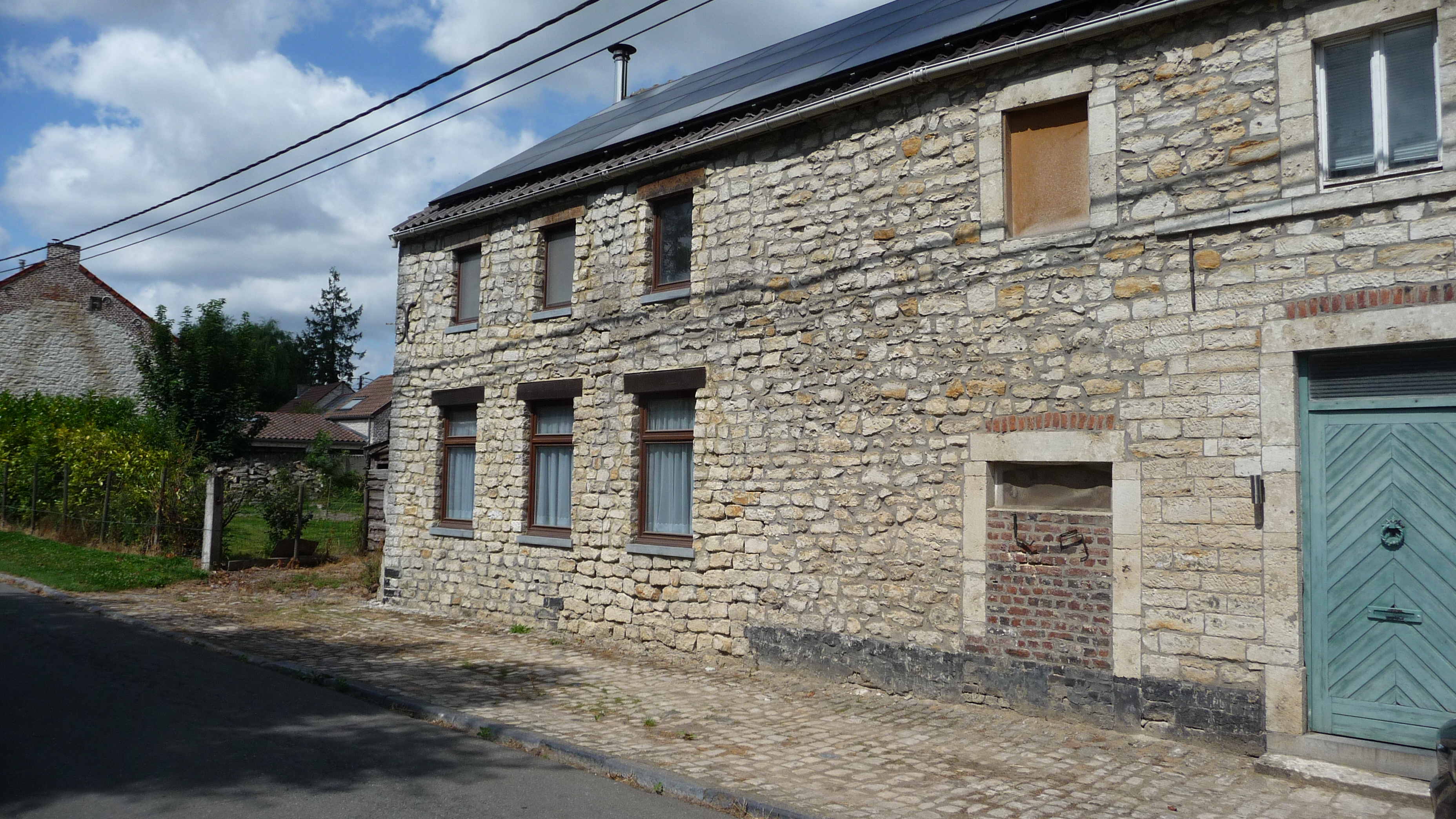 It is called Gobertange Steen, from the village nearby where it was originally quarried in the 18th century. Many of the houses use an attractive combination of the Gobertange Steen and brickwork. 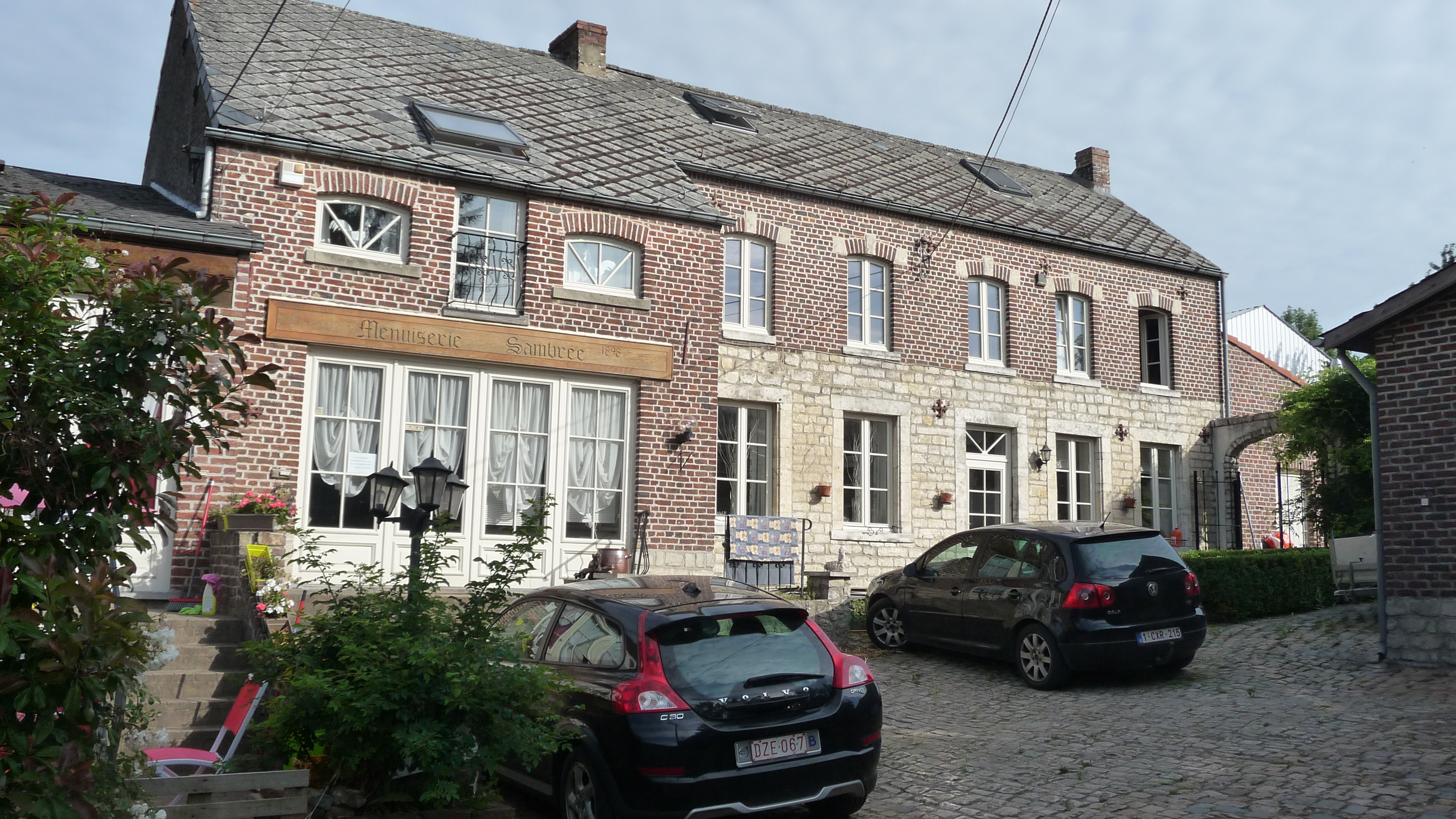 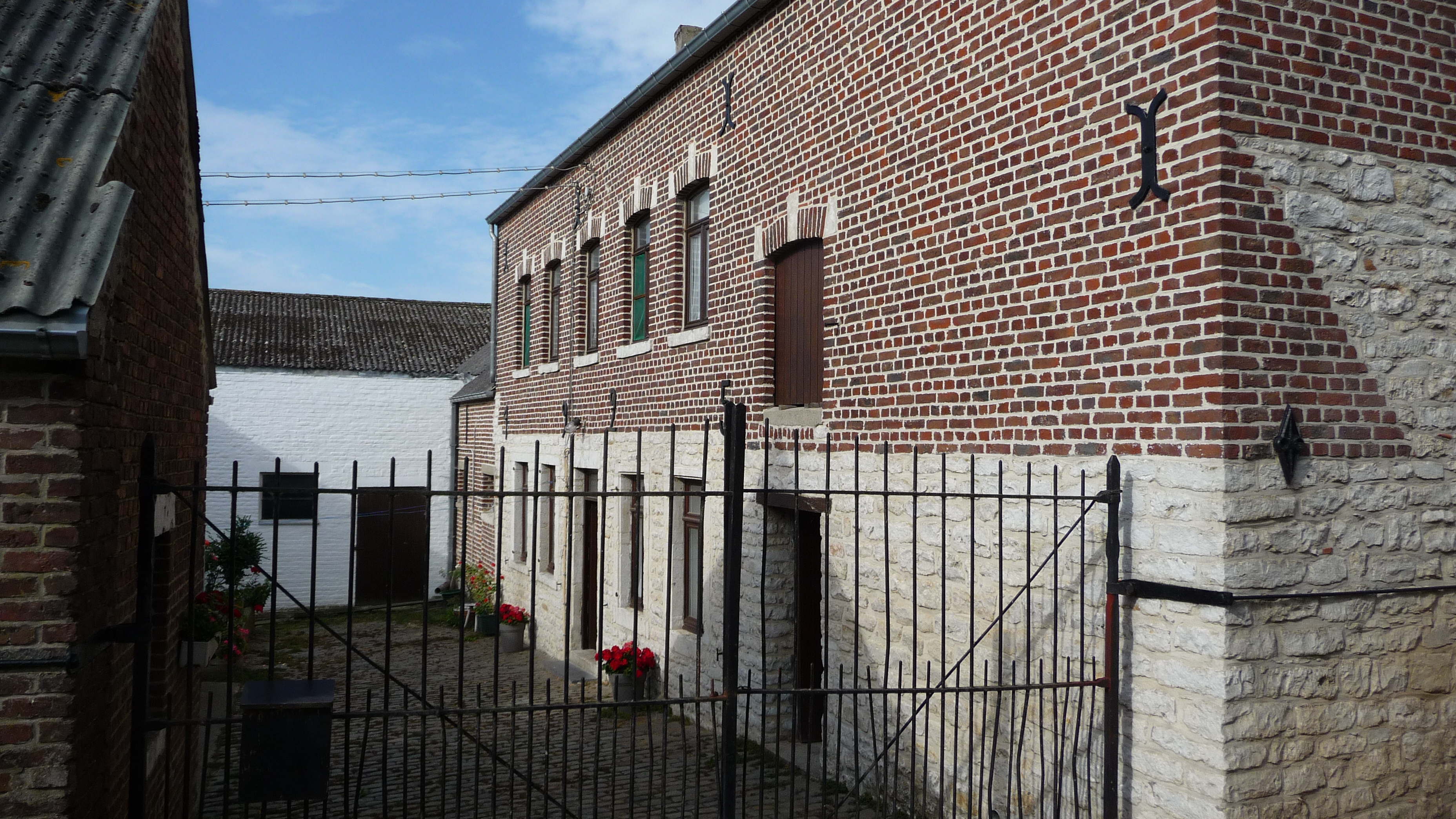 This is also seen in the Chapel of Saint Genevieve. 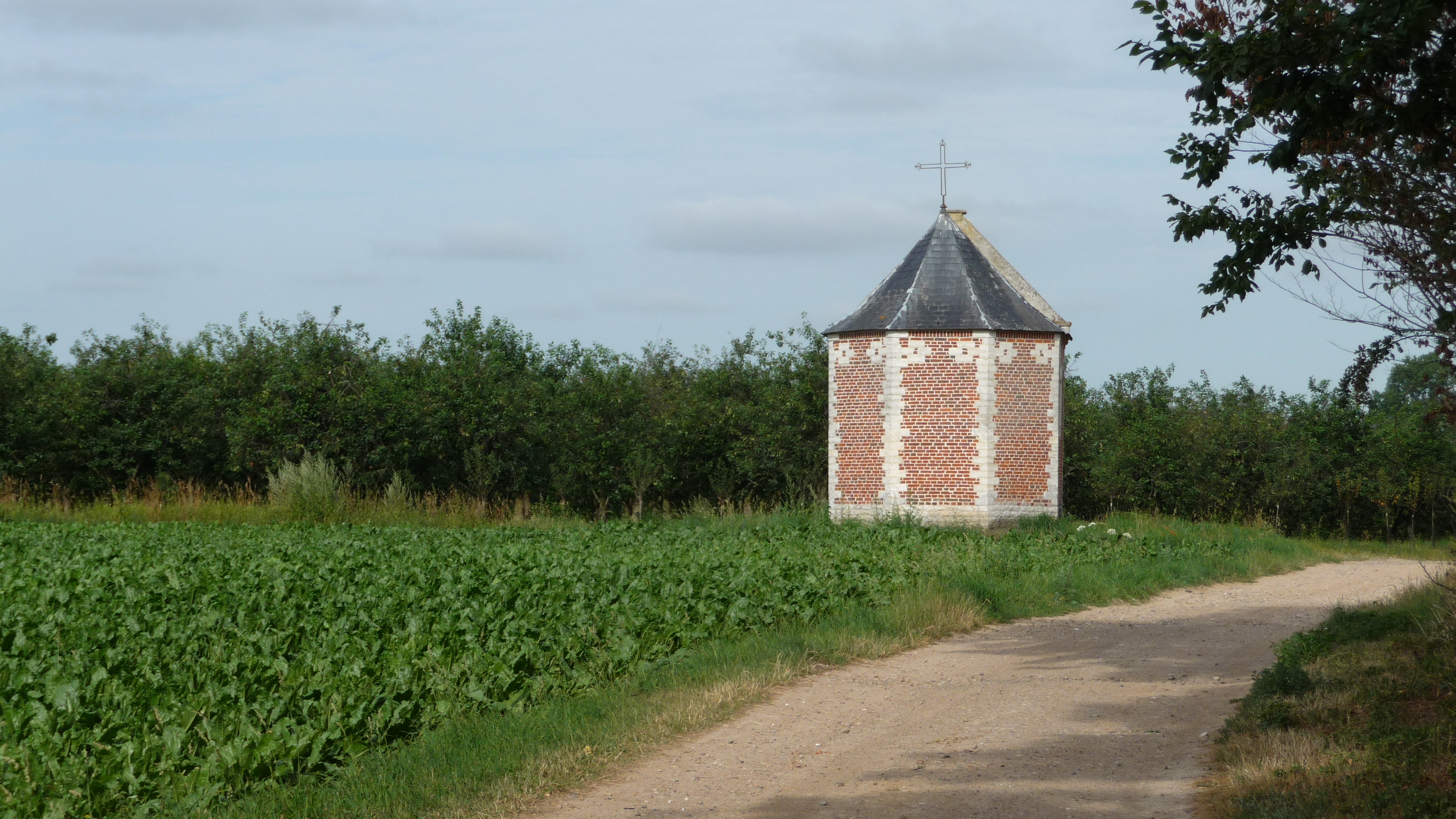 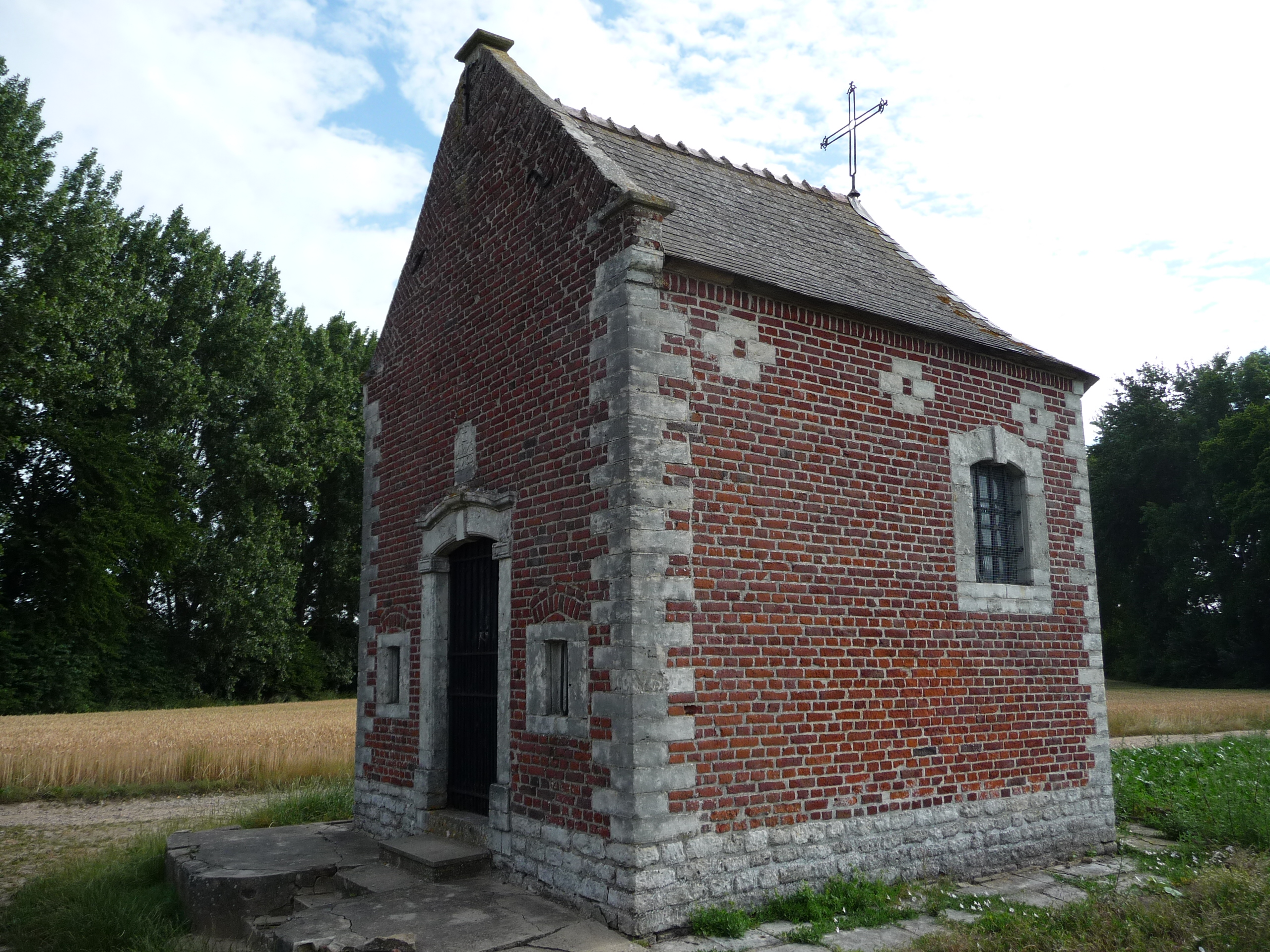 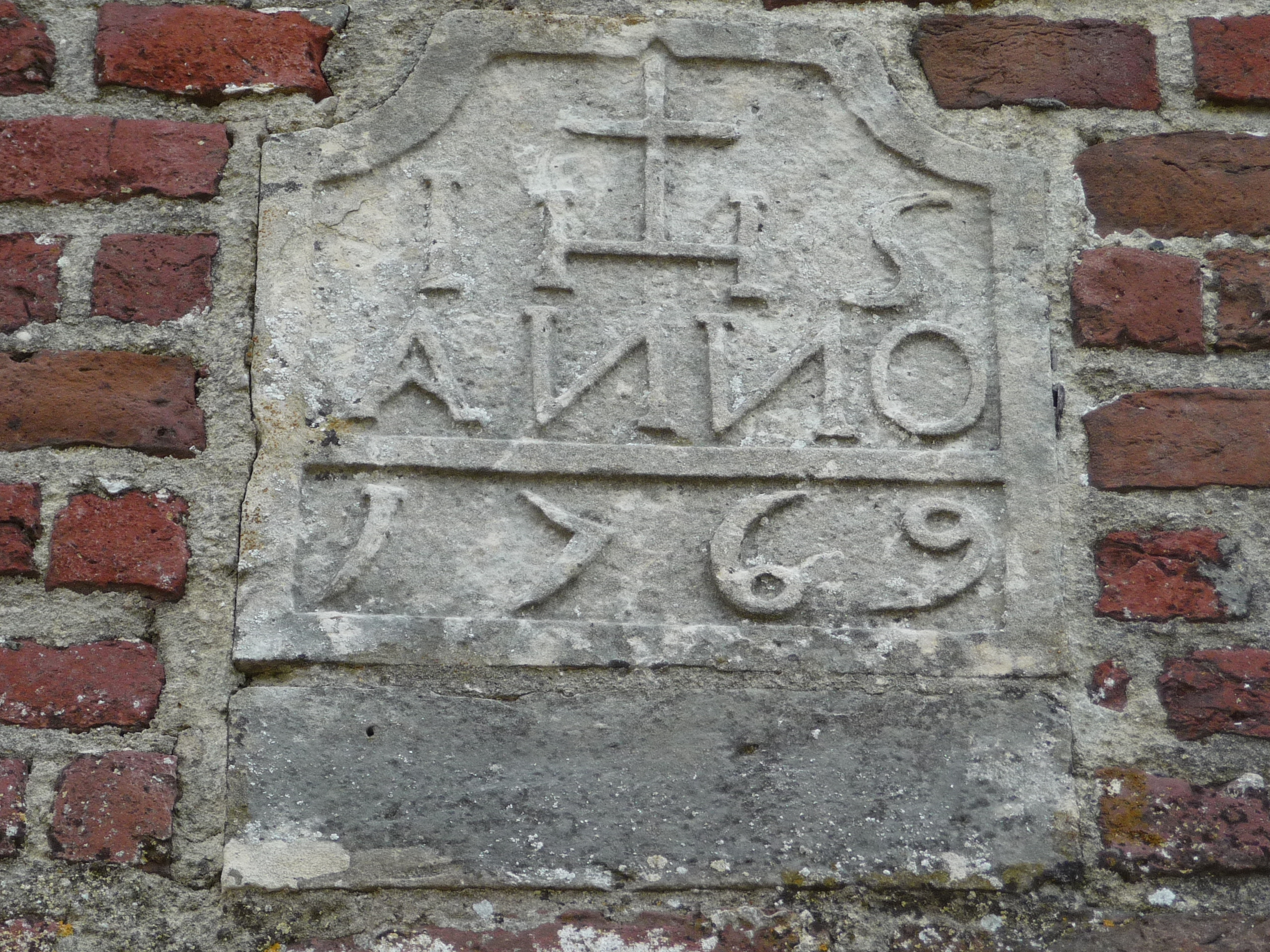 This slightly undulating and circular walk takes you through deserted, peaceful fields. 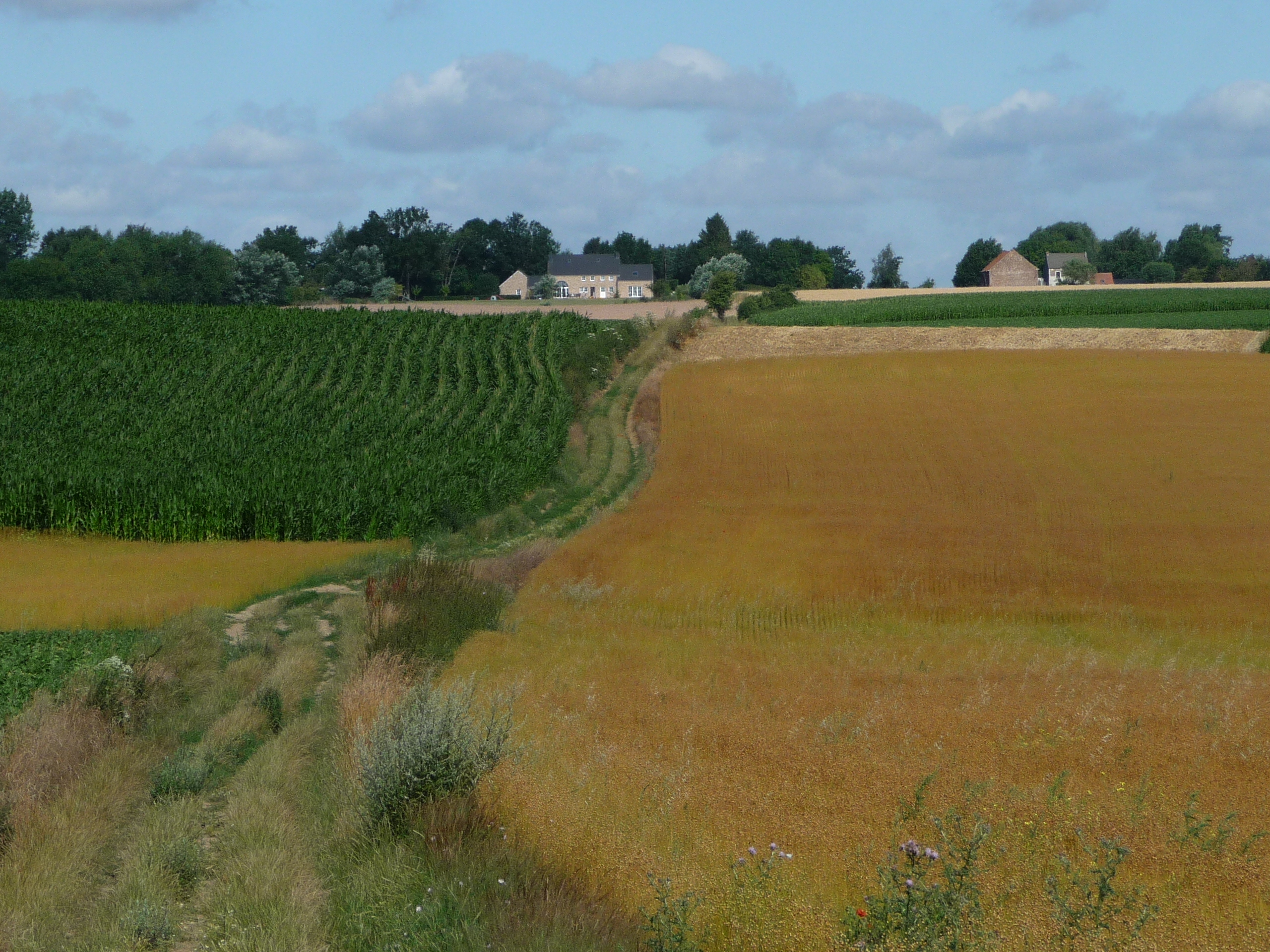 You will pass by some huge ancient farms. 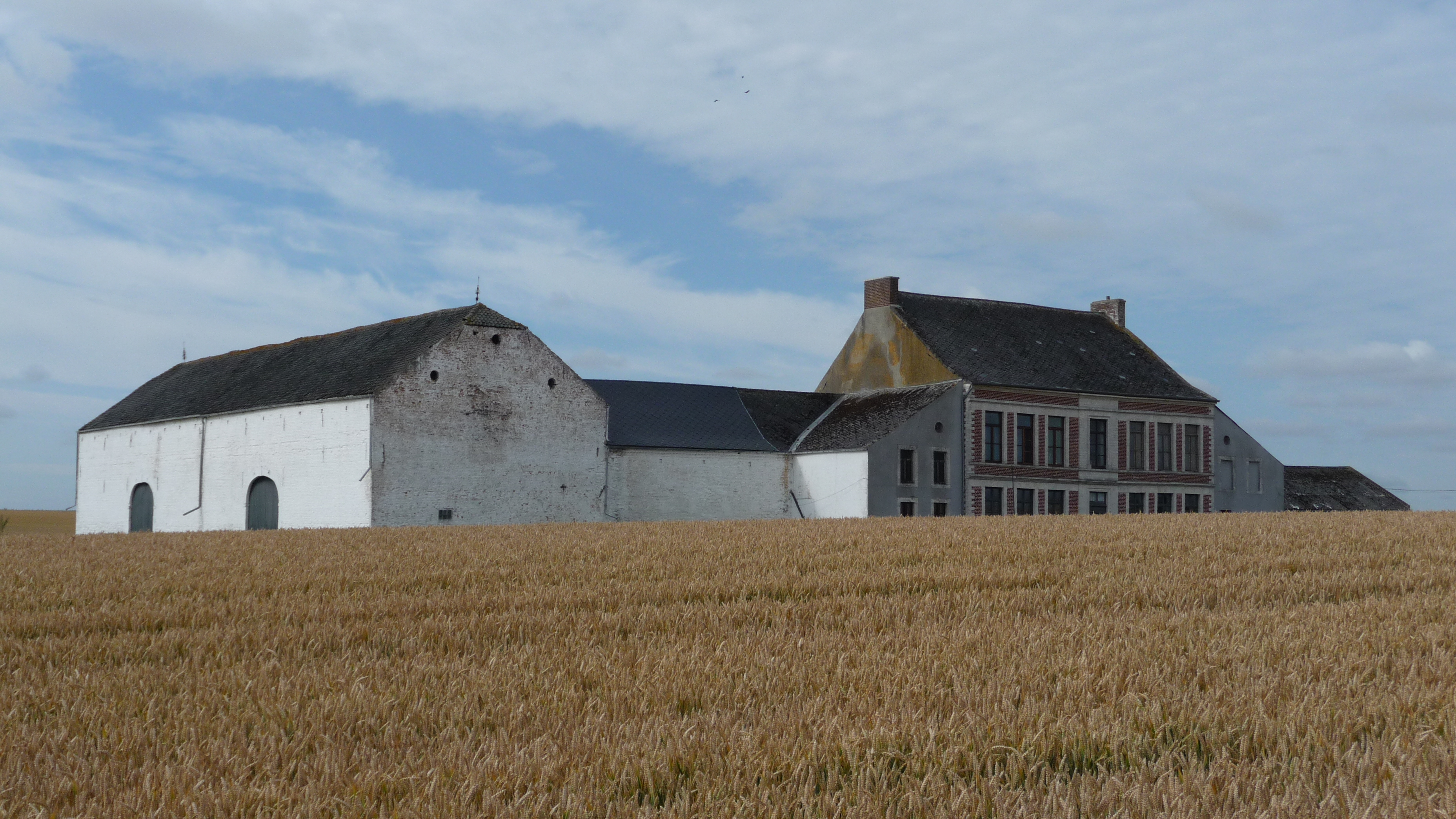 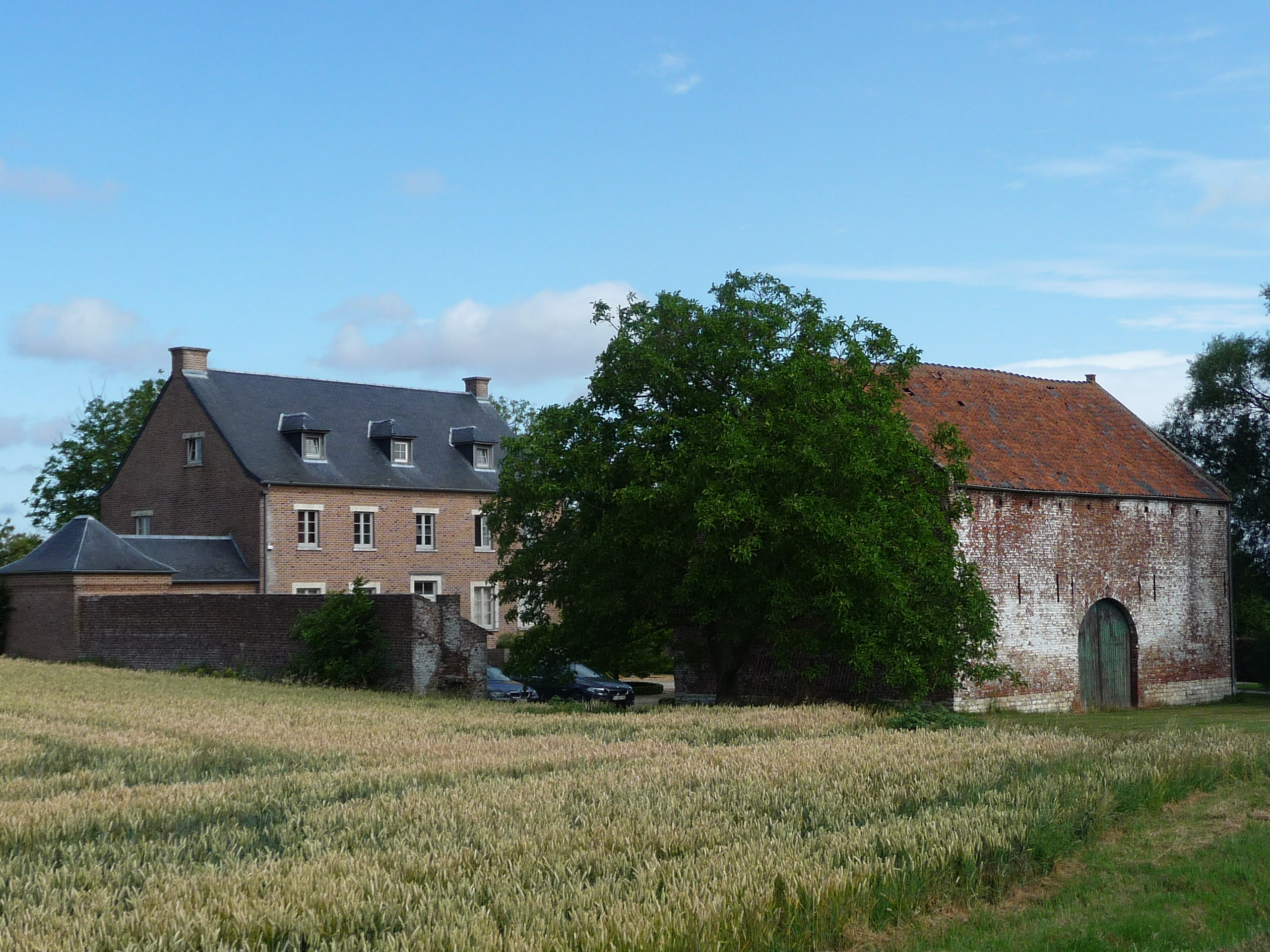 The barn of the Gailbiez Farm is even older, dating back to 1620 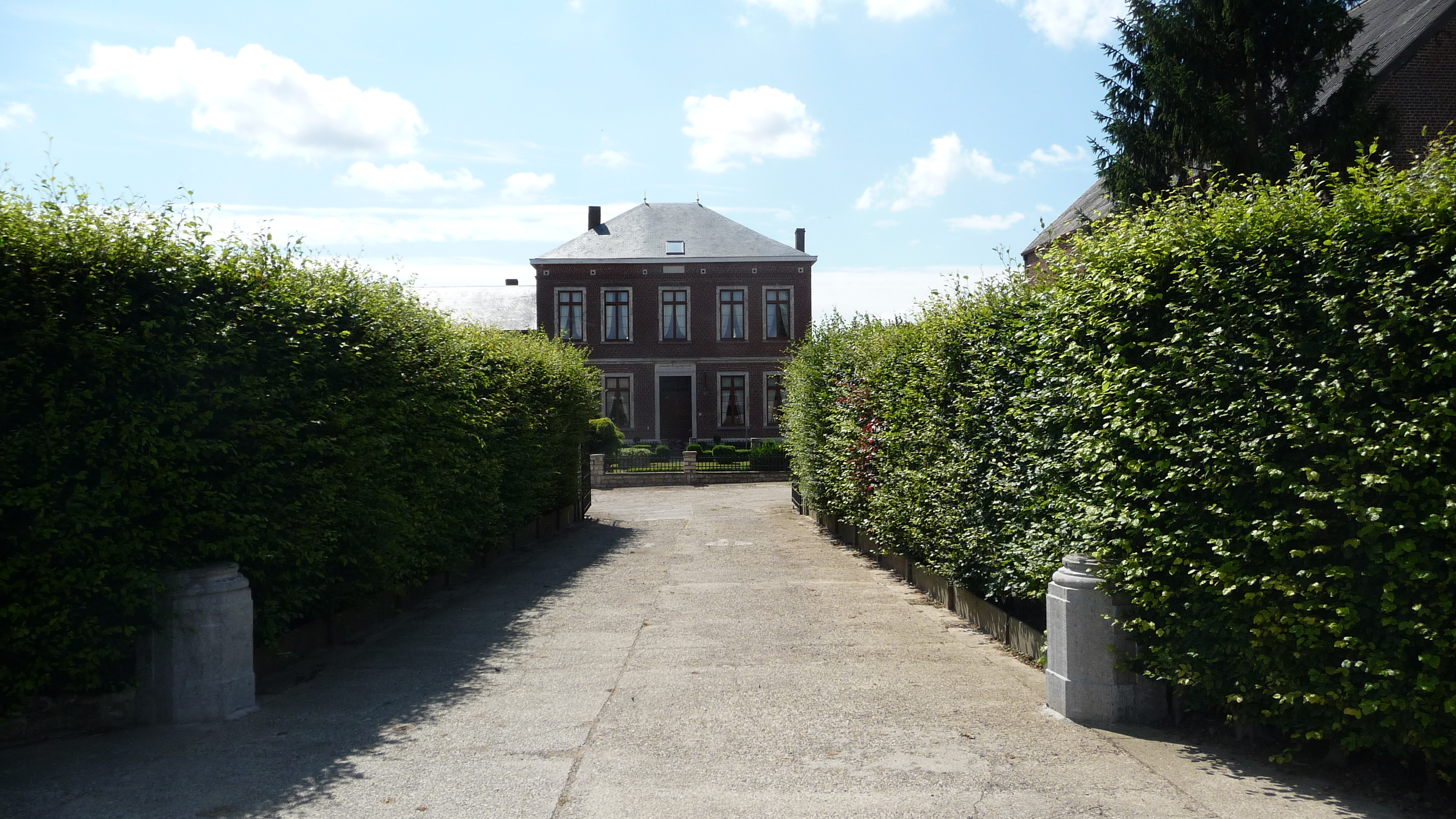 The Pastur Farm is more modern; built in the 19th century

Another imposing building is this one (the one on the left!) 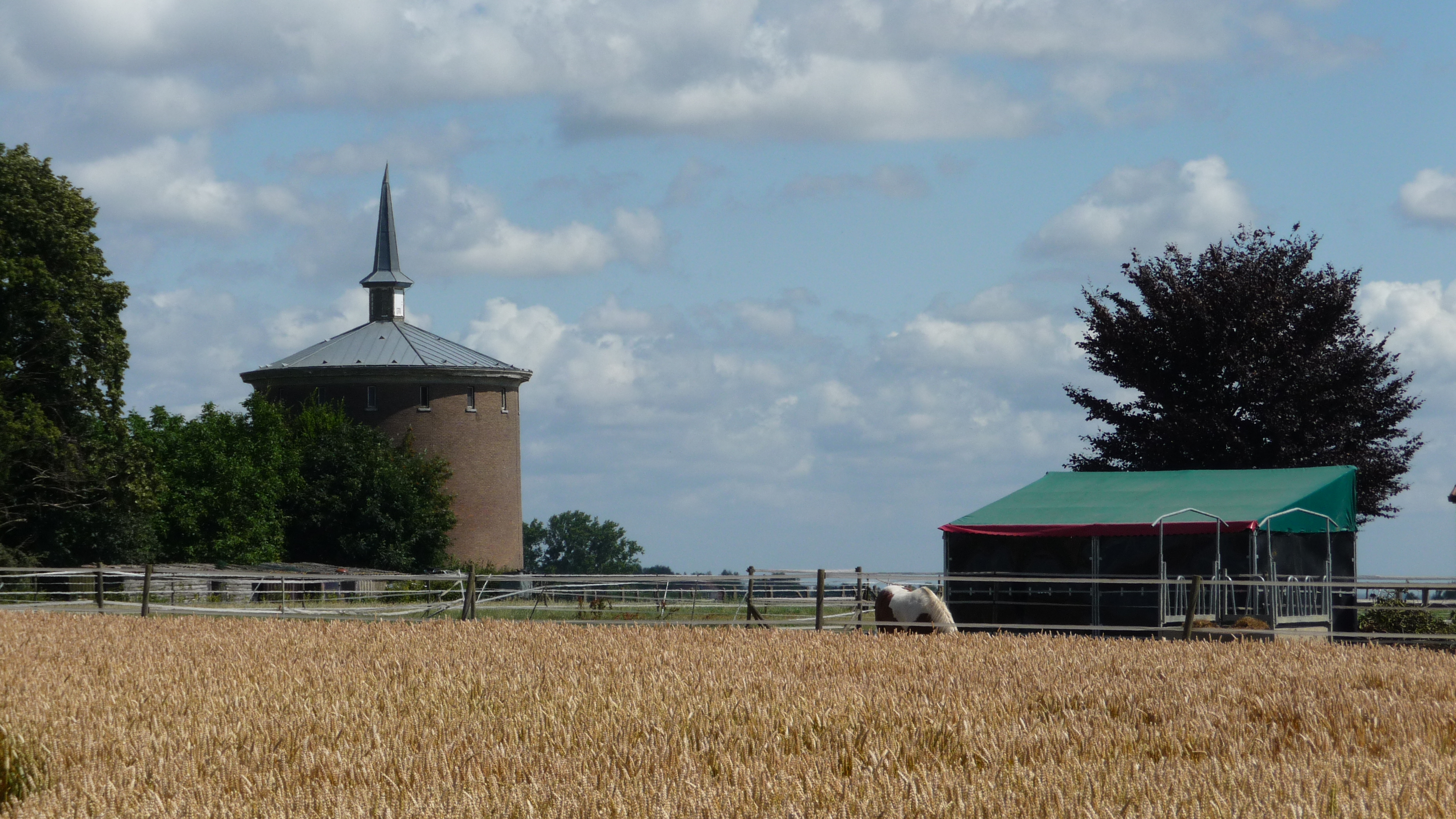 Looking slightly like a church – at least the steeple on top of it does – it is in fact a water tower.

This scenic and peaceful walk is highly recommended, and on a lovely summer’s day the cloud formations were just as attractive as the scenery beneath them. 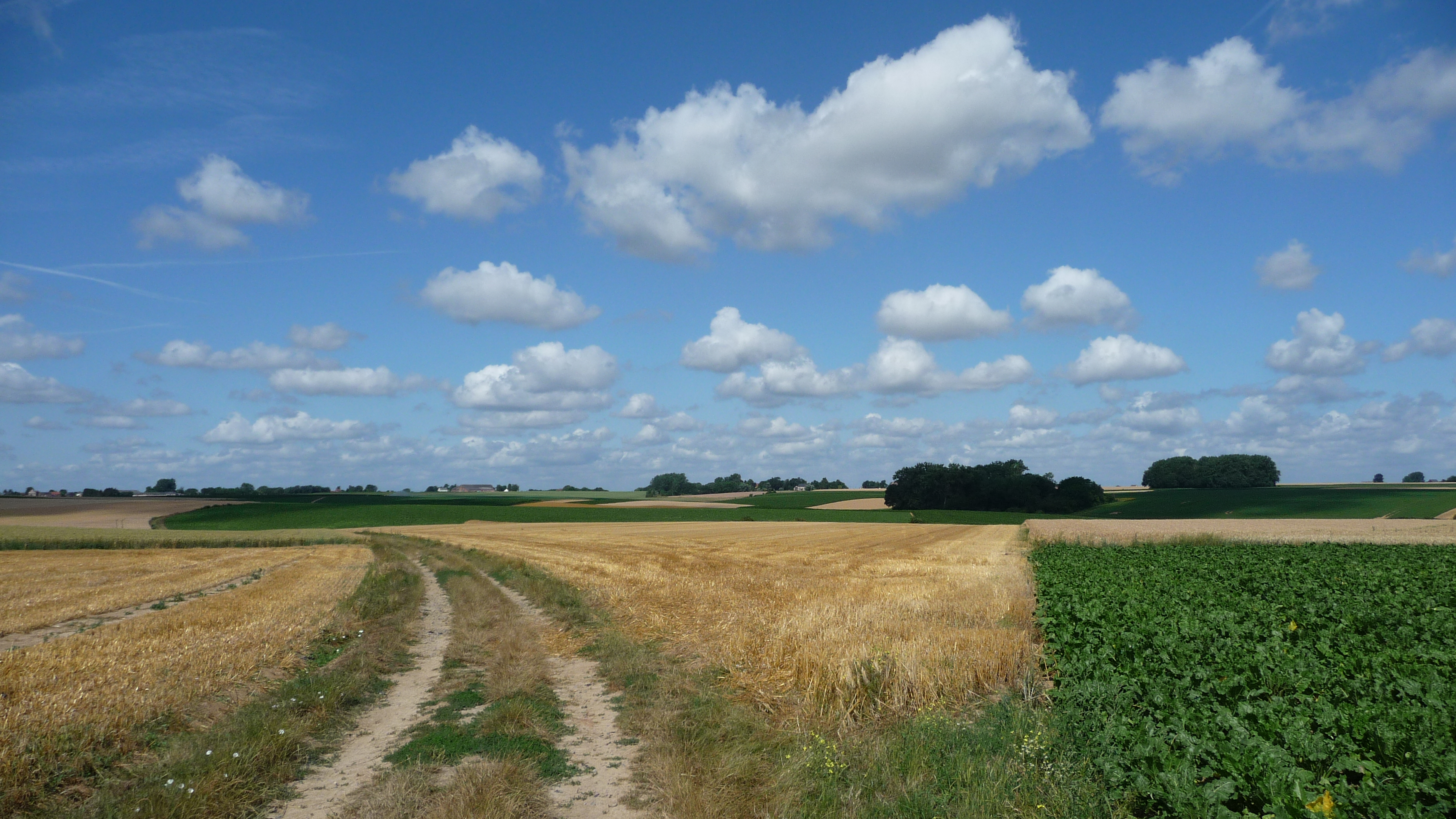 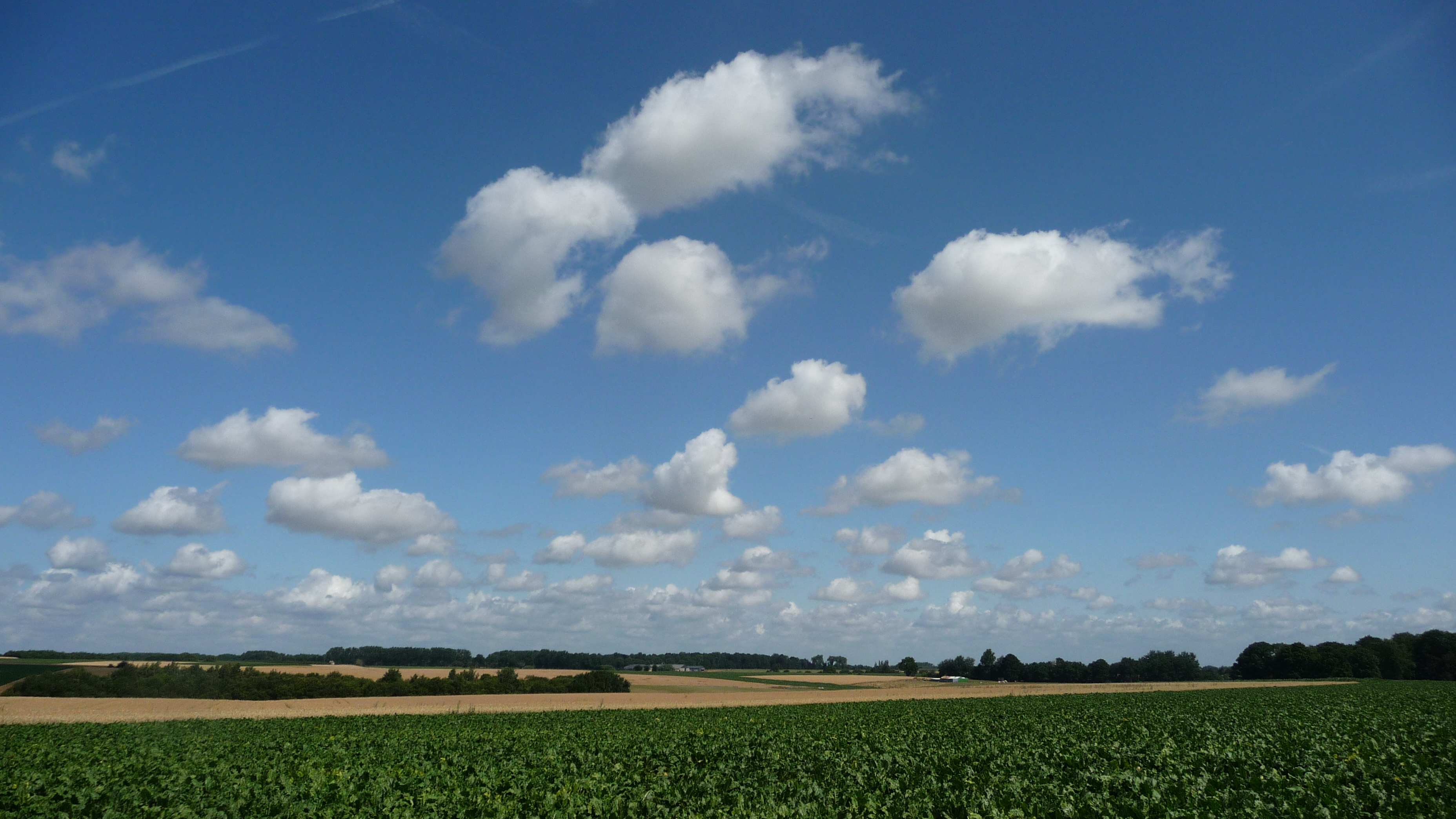