The Rise and Fall of the Medieval Flemish Cloth Industry 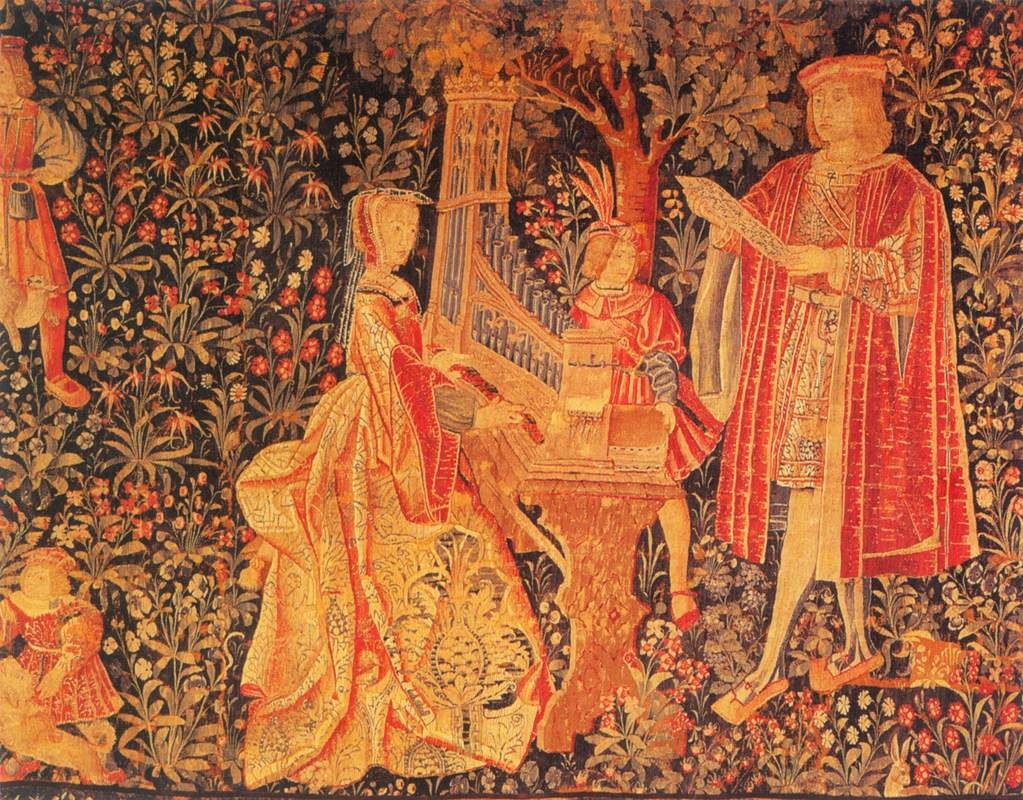 The 11th to 13th centuries were a golden age for the medieval Flemish cloth industry. And then the English introduced their crippling wool tax!

Flemish cloth has a long history of being admired. When the Romans entered Belgica, the high-quality cloth woven by the locals was soon taken and used for a man’s toga and a woman’s stola. In the early Middle Ages, records exist of Flemish cloth turning up in the markets of Novgorod in Russia.

The strong position of Flemish cloth in the 11th century was down to a number of factors. The people of the Low Countries — especially in the monasteries and abbeys — were skilled craftsmen. The population density of the region was relatively high, driving people to supplement agriculture with other trades. And the fields of Flanders were good for sheep-rearing, particularly on the newly reclaimed polders.

So cloth-making in Flanders grew, and with it so did the towns. This was because rural weavers, spinners and fullers migrated to the centres of the new industry. Particular magnets were the booming towns of Bruges, Ghent and Ypres. To meet demand, high-quality English wool began to be imported into Flanders. It was perfect for making top quality woollen garments.

The Flemish at the trade fairs

By the early 12th century, Flemish cloth merchants were beginning to develop a nose for export. They began to turn up in the big and commercially important trade fairs of Champagne, France (below).

This was a good move as it put the traders in touch with Italian merchants, who soon began to take their purchases back to the cities of Genoa, Milan and Florence.

By the 13th century, the Italians, with their newer, larger galleys, had opened up the direct sea route through the Straits of Gibraltar and up the French coast to Flanders. This resulted in Bruges becoming a leading international port. Regular and extensive trade was set up between Genoa, Venice and Bruges. Italian merchants and bankers flocked to Flanders. Their money led to the construction of numerous prestigious buildings, such as the famous cloth halls. These were the centres of trade as well as important status symbols. It was a boom time for Flemish cloth.

The fall of the medieval Flemish cloth industry

Unfortunately it was a boom that could not be sustained. As with its rise, so numerous factors played a role in the fall of the medieval Flemish cloth industry.

One was sand. For a number of years, Bruges harbour had been gradually silting up. Ships began struggling to reach Bruges — and its status was beginning to waver. As a result, Italian merchants and bankers moved eastwards to Antwerp. The port had deeper water and easier access. It also gave merchants better access to the new land trade routes that were developing through Germany. These new routes offered other, more profitable investments, than cloth.

Another reason was the political tension between England and France, which often had repercussions in the economy of Flanders. An English embargo on the export of wool to Flanders was a frequent weapon in the conflict, and an effective one too. Without high-quality English wool, there could be no high-quality Flemish cloth.

Thirdly, Flemish cloth was, for the first time, facing serious competition. England itself was developing its own cloth industry. To protect it, England gradually increased the tax on the export of its wool. In 1275 the levy was a fairly modest 6 shillings and 8 pence per sack (166 kg) of wool. By 1341 it had risen to a crippling 46 shillings 8 pence per sack.

The Flemish couldn’t pay these prices. They did manage to find a cheaper alternative to English wool: from the Merino sheep of Spain. Its import into Flanders marked the appearance of Spanish merchants in Bruges, Ghent and Ypres. However, the quality of Spanish wool, while perfectly satisfactory for medium quality garments, was not suitable for the luxury woollens on which the Flemish cloth industry had been based.

The Flemish monopoly was broken. In the 14th century the industry stagnated, and by the early 15th century it had declined to a fraction of its former glory. The golden era of the medieval Flemish cloth industry had come to an end.