Mollekensberg Herent and its sunken lanes 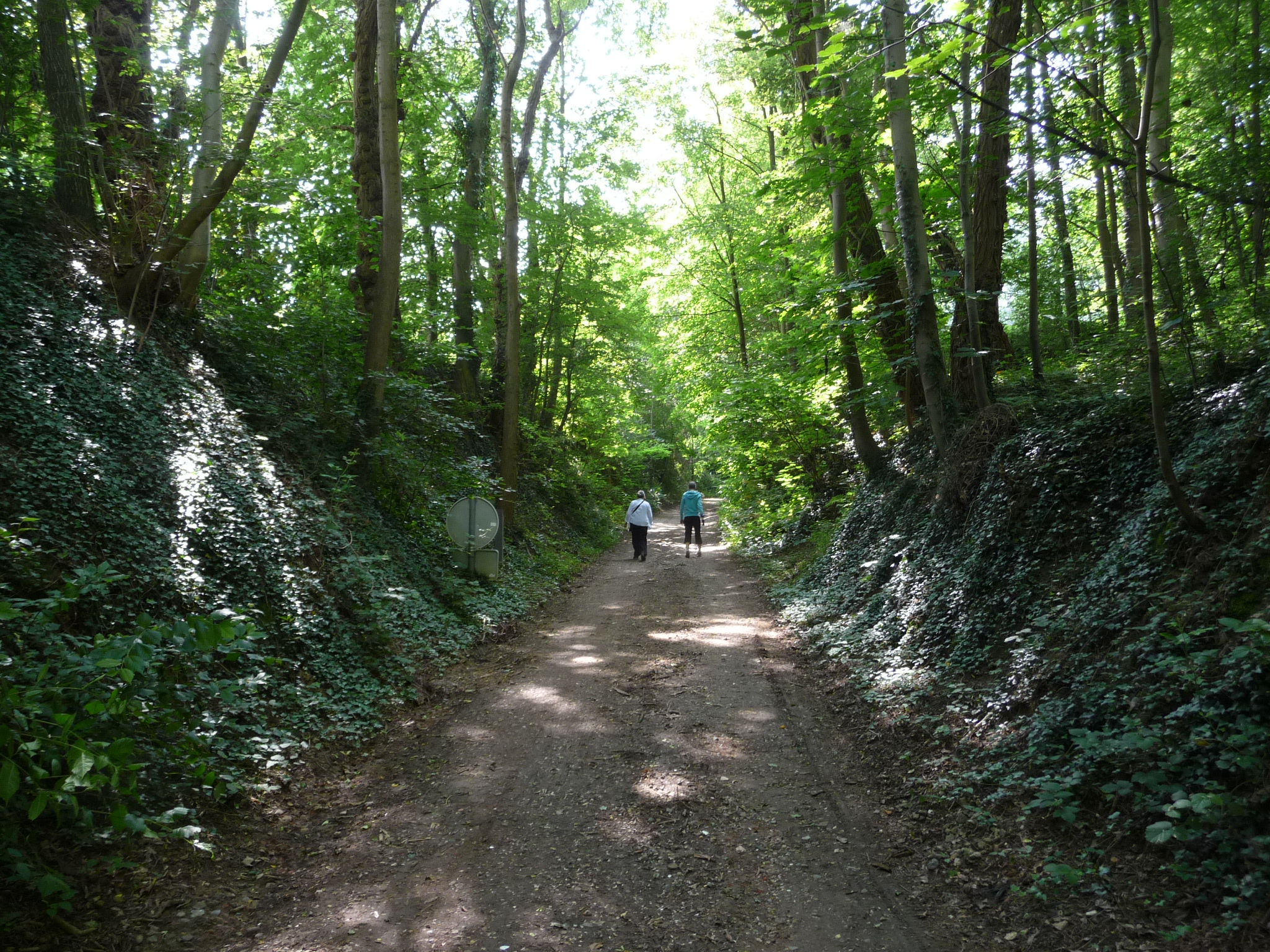 The official translation of a ‘holle weg’ is a sunken lane, and Gemeente Herent has produced an attractive little leaflet called ‘Holle wegen wandeling’ which takes you on a 7-km walk along the sunken lanes of Herent and Wilsele. The region is known as Mollekensberg Herent.

It wasn’t a particularly pleasant morning – cloudy, windy, and cold – but I was in need of some fresh air after a hard working week, so decided to go sunken lane walking. I’d done half of the walk in the summer, hence some of the photos give a rather different impression to current reality. If you are planning to do this walk soon, wear rubber boots: it’s very muddy in parts!

It’s a circular walk (here’s a map of the route) so you can start anywhere, but I chose the Molenweg bus stop on Rijweg (choose your bus below) …

…where I parked my bike……and set off:

So this is what a sunken lane looks like, in the summer:

and rather less pretty in the winter:

Basically they are ancient field paths that over the years have become deepened by rainwater, animal tracks, and later by tractors. They lie below the level of the surrounding fields and are characterized by steep banks, often full of vegetation. They are great areas for wildlife, thanks to all the nooks and crannies, roots and trunks of trees.

The first stop of interest is the Mollekensberg, a public park, with plenty of space for kids to run around and even make a camp fire. When I was there in the summer a modern-day shepherd appeared with three well-trained sheepdogs and a flock of mixed sheep.

Maybe the shepherd was from the Bereklauw, which the walk passes through. It’s an alternative lifestyle community.

Then the path leads back into civilization and Wilsele village with the pastorie, dating from 1661 but restored in the 1960s…

and the church of Maria the Ascension, which dates from the 13th century although has been restored on multiple occasions since.

By this time I was feeling peckish, so instead of wasting time searching for the village baker’s, I decided to ask the first person I came across. Unfortunately it turned into one of those times that make me despair about ever integrating into Belgium. I came across a man walking his dog. In my best Dutch I asked him where I could find the local baker (‘bakker’).

“Wat?” he replied rather bluntly, as if he was talking to a complete imbecile.

“De bakker!” I repeated, wondering how on earth I could say such a simple word and be completely un-understood. I thought I would help him out. “De bakker, om brood te kopen. Brood!” (To buy bread. Bread!)

The penny dropped, or at least the euro cent. “Ah de BAKKER!”, he exclaimed, pronouncing it EXACTLY as I’d been pronouncing it. And proceeded to give me directions to the nearest baker’s:

Adequately fortified, I left the small village of Wilsele, but not before coming across an interesting village shop. Not a butcher’s or newsagents chemist’s but…

I resisted the temptation to go inside. On second thoughts, maybe I could have “Discovering” tattooed down one arm, and “Belgium” down the other?

That’s my walk along the sunken lanes of Mollekensberg Herent. Let me know how you get on if you pass this way too.

18 thoughts on “Mollekensberg Herent and its sunken lanes”