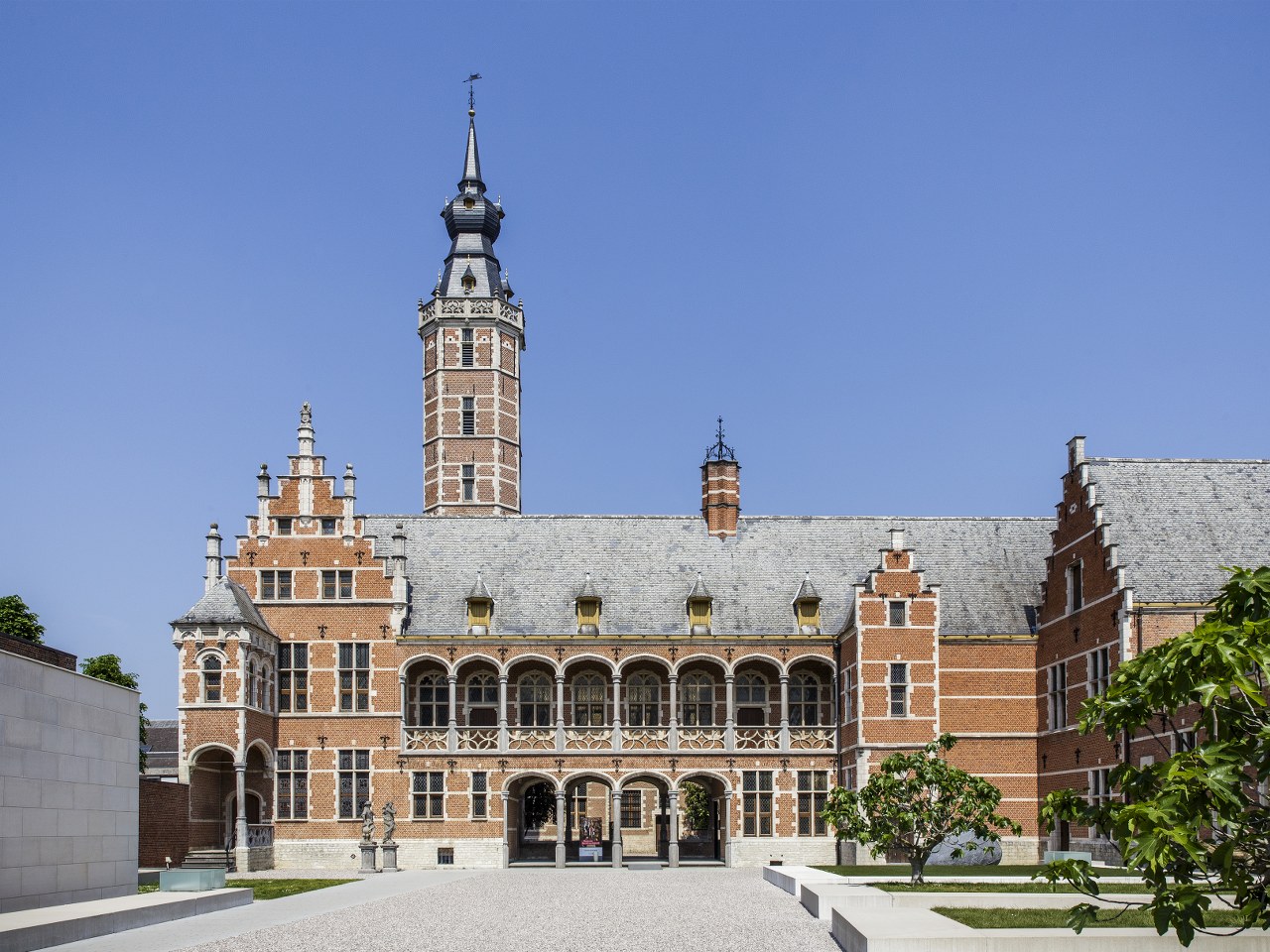 After years of renovation, Museum Hof van Busleyden in Mechelen is open once again, and it’s a superb museum!

I was delighted to be invited to the press event prior to the opening of the new Museum Hof Van Busleyden in Mechelen (June 2018). Actually I felt very privileged. The press tour for Dutch speakers was in the morning, and according to Press Coordinator Sara Verhaert it attracted around 35 people. I had registered for the English-language press tour – and was the only one attending! So Curator Samuel Mareel gave me a very personal museum tour, which was great!

Who was Hiëronymus van Busleyden?

He was a talented doctor of law from Arlon in the south of present-day Belgium. He lived from 1470 to 1517, and moved to Mechelen in the early 16th century. Here he was appointed head of the Great Parliament, the highest court in the Netherlands. He turned his brand new residence (the site of this museum) into a luxurious palace which he filled with beautiful art and books. He also received the great humanists of the day, Erasmus and Sir Thomas More. Van Busleyden’s palace became well-known for its thought-provoking discussions among the key thinkers of the time.

Why was Mechelen important in the early 16th century?

It was the capital of the Hapsburg Netherlands under Margaret of Austria. Margaret was a powerful woman who loved the arts. Like van Busleyden, she collected paintings and books, as well as insects and plants, and surrounded herself with Renaissance artists. Under her rule, the City of Mechelen thrived: the early 16th century was its golden age.

What kind of museum is Museum Hof van Busleyden?

An extremely impressive one; and one of the more interesting museums I’ve visited recently. Basically it’s theme is the Golden Age of the Southern Netherlands. It has an outstanding collection of artwork from the 15th and 16th centuries, plus exhibits that cleverly bridge the gap between then and now. So it aims to suggest ways in which the artwork of that period has significance today.

Also interesting is that it parallels Hiëronymus van Busleyden’s discussions by positioning itself as a current meeting place for opinions and ideas. It also seeks to bring the residents and organisations of Mechelen in touch with their heritage. I found it to be an attractive and well laid-out museum, with space and air, and a smooth integration of ancient relics and modern technology.

What are its top pieces?

There are many, and in the months and years ahead more will be added. Here is a selection of my favourites.

This is an absolutely huge book of music that is so well preserved it’s difficult to believe it was created in 1515. One reason for its preservation is that it disappeared until its re-discovery in 1860. Throughout the 20th century it was kept under wraps, only appearing at a few major exhibitions. In 2009 it was digitized and the images made available for research. In the museum the book is proudly on display.

What’s even better, is that the Choir Book is displayed in a room where actual 16th century polyphonic music is being played! And you can stand in different corners of the room to hear different voices (bass, soprano, tenor etc.).

These are incredible religious devotional pieces. They are wooden cabinets depicting a different vision of heaven. It’s the mix of media used that is so staggering. Silk, textiles, metals, glass, beads and painted panels, all neatly integrated into a whole.

Miniature painted wooden figures are surrounded by animals and flowers. The skill of the craftsmen is breathtaking, and they have obviously been lovingly restored.

The 1474 Parliament of Mechelen painting

It’s the size and detail of this huge painting that impressed me. It depicts the opening of the Parliament of Mechelen under Charles the Bold in 1474. The painting itself is believed to have made between 1507 and 1515.

16th century Mechelen was renowned for its Poupées de Malines. (Malines is French for Mechelen). These are small statues carved from walnut and beautifully painted. They generally depict women saints. The Poupées were a greatly sought-after export product, and have turned up in South America, India and the Philippines.

These are just some of my favourites; there is simply too much in the museum to describe in a single post. The alabaster sculptures and the Flemish tapestries almost made it onto my Best Of list.

There are a couple of other features of the museum that I particularly liked. One is an interactive digital table that allows you to trace the history of the Burgundian empire and the specific genealogy of Margaret of Austria and various other royals and notables at the time. You can also trace the wars happening around then, and their outcomes.

In an upstairs reading room there’s a Virtual Reality headset that I really enjoyed. You can visit other Burgundian sites in Belgium, the Netherlands and France, and wander inside them just as if you are there. Which in one sense, you are.

A standard ticket is 11 EUR but there are various reductions for the elderly, students, families etc. Children under 12 get in free. Guided tours for groups of more than 15 people are possible.

If your visit is anything like mine, you will go away happy. While in Mechelen, maybe you could also visit the Tower of St. Rumbold’s?

13 thoughts on “The Museum Hof van Busleyden in Mechelen”