The Abandoned Church of Ombret 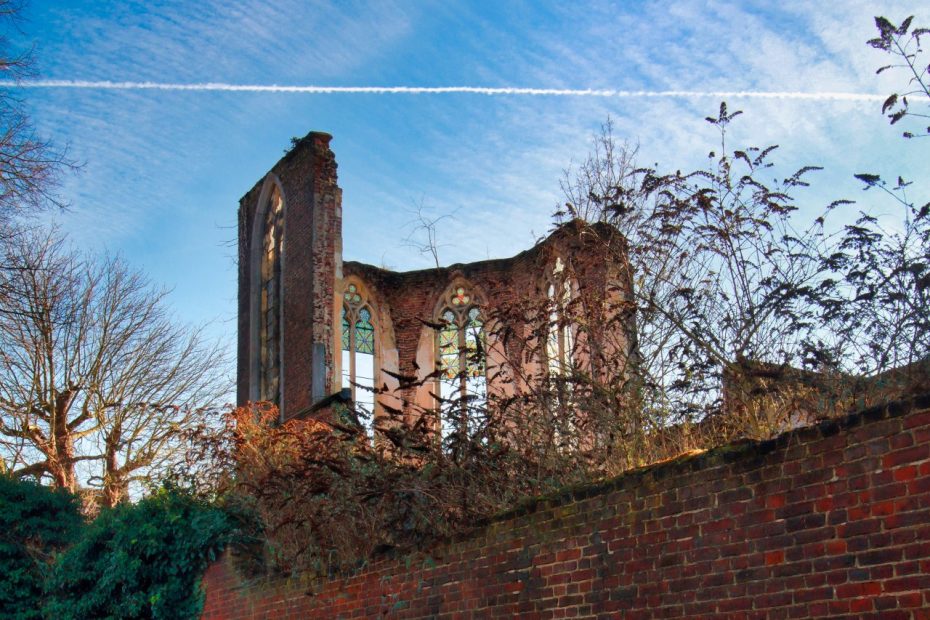 Fancy going to church? What about the church in Ombret? You won’t hear a preacher though, because it’s abandoned.

Ombret is a village belonging to the municipality of Amay, close to Liège. Just like thousands of villages across Belgium, Ombret has a big Gothic church. But Ombret Church is slightly different because it’s been abandoned. This is unusual for Belgium as the state maintains its churches very well. Normally.

The church  – officially l’Eglise Notre-Dame d’Amay – was built in 1871 by architect Eugène Halkin. But for some reason that I have been unable to discover, over the years it has been left to go to ruin. In 2013 a violent storm ravaged the building still further.

Discovering Belgium’s roving photographer Herman Vandecauter recently visited the church in Ombret. Here are a few of his photos.

There have been plans to renovate and/or transform the church. In 2005 a developer bought it to build luxury apartments on the site. But nothing came of the plans. Further redevelopment plans were drawn up in 2017, and again in 2020. But as you can see, nothing has happened yet. I suspect one of these days it will either fall down completely, or be bulldozed. Still, it’s always good to dream. Here’s one of the architect’s visions:

Of course, you probably won’t spend more than an hour there. Here are a few ideas of how to spend the rest of your day in the area.

Ten minutes drive away is Outrelouxhe where I enjoyed this lovely forest walk.

A bit further is the Château of Modave which you can visit and also enjoy a country walk around the area.

Or you can spend some time in nearby Huy.

19 thoughts on “The Abandoned Church of Ombret”