Cycling and hiking in Belgium 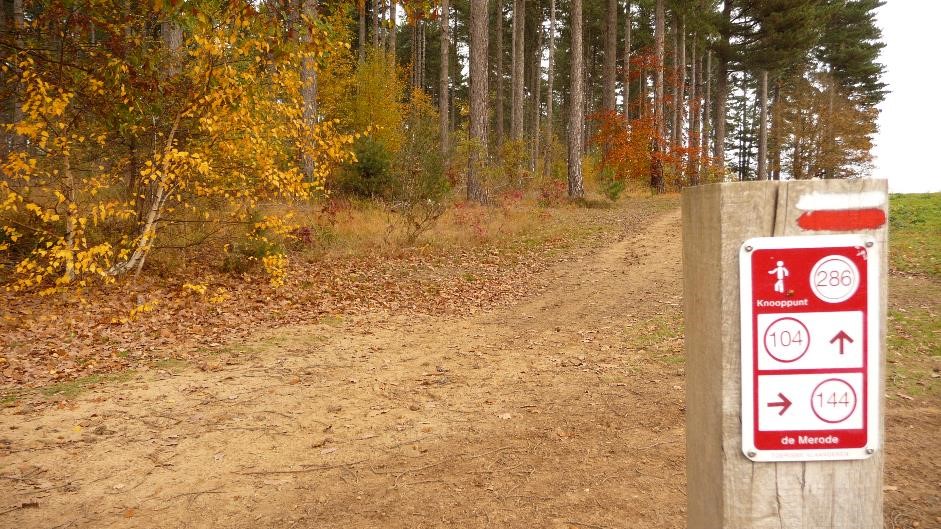 If you are interested in cycling and hiking in Belgium, you’ll love the network of cycle paths and footpaths through most of Flanders.

You have a spare few hours; the weather forecast looks reasonable; and you fancy going on a bike ride or a hike in Flanders. But you’re tired of your usual route, and last time you tried a new one you got hopelessly lost. Don’t despair, the solution is at hand; the Cycling Route Network (fietsknooppuntnetwork) or the Walking Route Network (wandelknooppuntnetwerk). In my opinion they are one of Belgium’s most useful inventions!

The system originated in the Limburg mining industry. Underground junctions were numbered, and arrows indicated the tunnels leading to the next numbered junctions. Mining engineer and cycling enthusiast Hugo Bollen brought the idea above ground. It was first transferred to cycle routes and then expanded to walking routes. The concept has gradually spread throughout many areas of Flanders and has also been extended to many areas of the Netherlands. Importantly, the networks integrate perfectly between regions and countries.

The crux of the system is that it allows you to cycle/walk from one numbered junction to the next one. At each junction a signpost points you in the direction of the two or three next junctions.

This leads to a much more flexible way of cycling/walking around the countryside than by following stipulated routes. Now you can mix and match to create your own cycling/hiking route.

Obviously before you set out, a little preparation is necessary. Both cycling and walking network maps are available from tourist offices, town halls and bookshops. Or you can go online at Fietsnet or Wandelknooppunt.be. They are now also increasingly appearing in Wallonia.

You decide on your starting point and simply write down or enter the numbers of the junctions that you want to pass through on your route. On the map or online, the distances between each junction are helpfully indicated. And as you add more junctions to your route, the cumulative total is summed up. So you can easily see if the total is manageable and adjust your route accordingly.

You can then print off the route numbers or the map, download a GPX file to your GPS, or download the map to your smartphone. And off you go!

It sounds easy enough in theory, but what about in practice? Well, it really does work a treat. I’ve been using both of them for years and I love them.

All the interchanges are excellently signed in both directions.

For the cycle routes, there are even signposts that give you warning that you are about to approach a numbered junction.

And obviously a great deal of care has been taken to ensure that the cycling and walking paths are good ones. Generally they are excellent, consisting of country lanes, farm tracks, car-free cycle paths, footpaths through woods, fields and villages.

In addition, “cycle-cafés” are also shown on the maps. These include:

Finally, if you come across a signpost that is missing, vandalised or damaged, you can enter the details on a form on one of the websites above, and the problem will hopefully be fixed as soon as possible.

So, if you are interested in cycling and hiking in Belgium, what are you waiting for?

16 thoughts on “Cycling and hiking in Belgium”