I think orchids are wonderful. Not the huge ones stocked in florists, which seem to be more plastic than plant, but wild orchids. But, you say, wild orchids don’t grow in Belgium; aren’t they confined to the tropics? For the answer, go on this nature walk!

The nature reserve of Vorsdonkbos near Aarschot is north-east of Brussels. Take the E314 past Leuven until junction 21. Turn left, then right at the roundabout and drive along the N19 for 4.6 km. Turn left towards Betekom and then first right; park at Gelrode station. By public transport, the Leuven-Aarschot bus (335) stops at Gelrode station. Nettles grow along part of the walk so wear something to protect your legs. 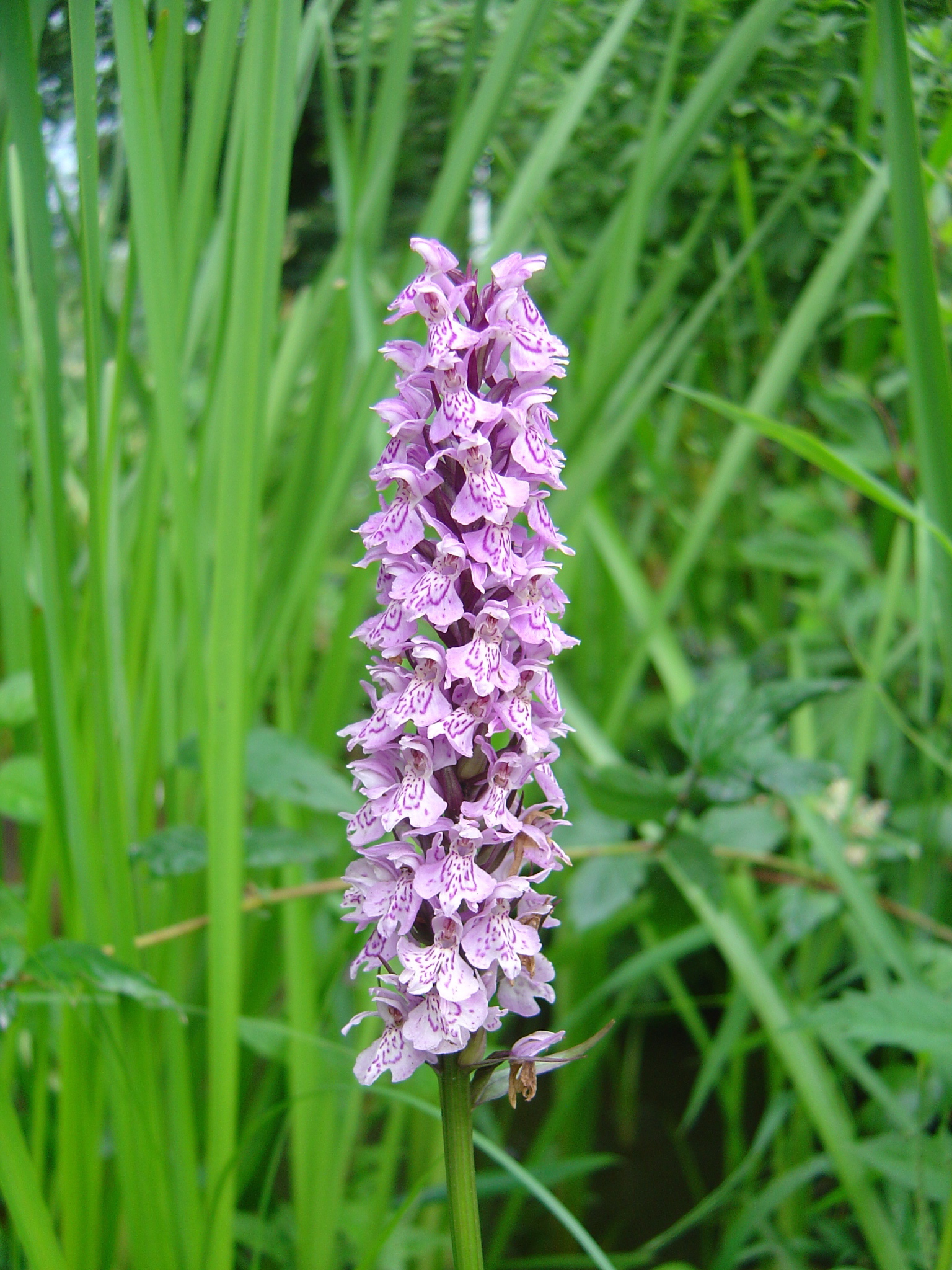 From the station (check the large colony of house martins), take the tunnel and walk parallel to the railway lines. You don’t have to walk far to see the orchids. In a meadow on your left you will see masses of pink or purple spires about 15-20 cm high; mainly heath spotted orchids with some marsh orchids. Enter the field for a close-up view, but be careful where you step. And certainly don’t pick any.

Wild orchids have complex lifecycles. They produce numerous tiny seeds which are borne away on the wind, so you might expect to find orchids everywhere. In fact they are among the rarest European wild flowers, because their seeds are TOO tiny; there’s no space for the essential foodstuffs that will nourish the seedling. Instead, the seedling forms a delicate partnership with a specific fungus that draws in nutrients for them. Reproduction in many species is equally bizarre. To enhance their chances of being pollinated by insects, some orchids actually look like the female of the species to encourage male insects to visit them. Hence the aptly named wasp orchid, bee orchid and fly orchid.

After the orchid field, continue alongside the railway until you come to an information board on your left. Follow the red squares for a guided walk around the area. As expected in a nature reserve, it’s rich in wildlife. Check the ponds for frogs, newts and dragonflies; the woodland for woodpeckers, jays and warblers; the sunny banks for painted lady and common blue butterflies. 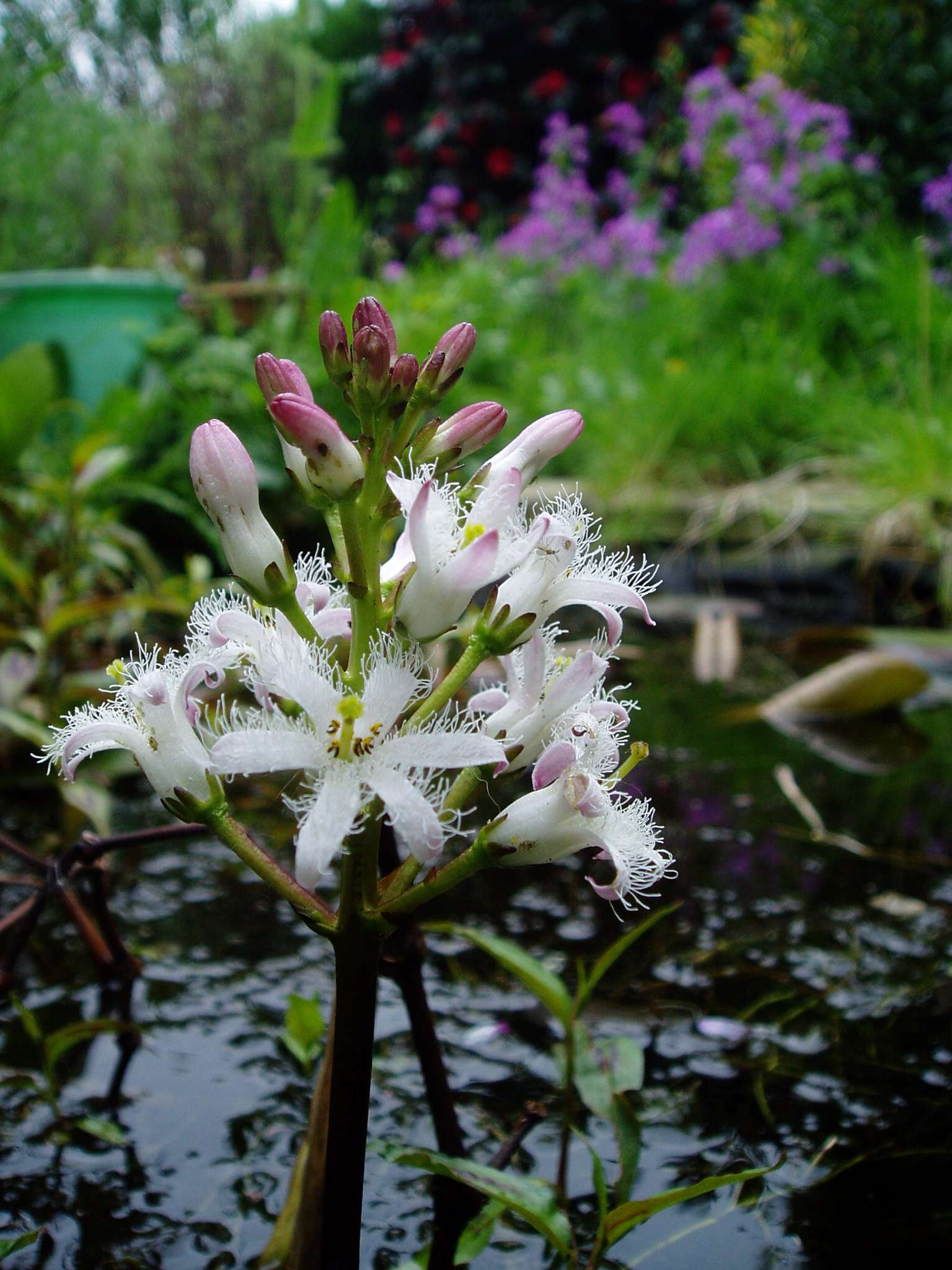 In the streams, look for the bogbean, with its white or pale pink flowers rising from the water on long stalks. Its alternative name ‘bog hop’ arises from the use of its leaves as a flavouring for beers. If you want a longer walk, follow the signs for the Beemden walk and it will take you to the River Demer and into Aarschot, where you can enjoy refreshments in this pretty Flemish town.

For the kids – An interesting project for the summer is to make a pond water aquarium at home. If you don’t have a proper fish tank, use a bottle, bucket or bowl. Take three jam jars and fill one with pond water, one with mud from the bottom of a pond, and one with water weeds. Put them all together in your receptacle, top up with tap water, and watch what happens over the summer. You will be amazed at what will appear.

(First published in The Bulletin, April 2007)

7 thoughts on “Wild orchids near Aarschot”