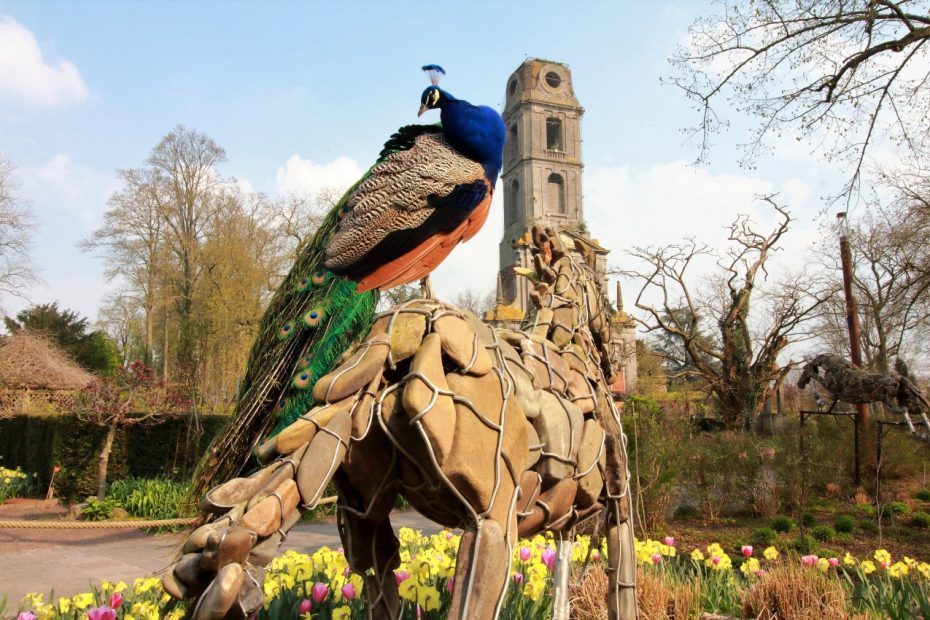 Pairi Daiza is a zoo that is so much more than a zoo. It’s a journey around the world.

Pairi Daiza is a privately owned zoo and botanical garden in Brugelette in the province of Hainaut. It covers 65 hectares on the site of the former Cistercian Cambron Abbey, and is home to over 7,000 animals. Thanks to its beautiful setting, it doesn’t look like nor feel like a zoo. Once you enter the park, you feel as if you’re travelling around the world in one day.

One of its fans is Discovering Belgium’s roving photographer Herman Vandecauter:

“Normally I avoid visiting zoos, but during the pandemic we were not allowed to cross international borders so we decided to look at some places in Belgium we hadn’t visited yet.

“Pairi Daiza really was a great discovery. Not only to discover that it is probably the most beautiful zoo in Europe, but it is so much more than a zoo. The splendid gardens, the beautiful buildings and houses really transport you out of this continent.

“Of course we went during the week and when numbers of visitors were severely limited, so I don’t know what it’s like during a normal weekend. However, we enjoyed our trip so much that we opted for a one-year subscription as we realized we can’t see it all in one day.

“So far we’ve been four times and we are still discovering new areas to sit down and enjoy the beauty in this paradise. It’s fully worth the admission price.”

All the photos in this article are by Herman.

Pairi Daiza has three stars in the Michelin Green Guide and has been voted Best Zoo in Europe for three years running. In its grounds are 7000 animals of 800 species including five giant pandas, the largest group of elephants in Europe (23). You can also come across hundreds of rare plants and centuries-old trees.

Through its Foundation, Pairi Daiza participates in the preservation of endangered species and their habitats. Projects include restoring the orangutan forest in Borneo, and scientific research on the reproduction of giant pandas. Spix’s Macaws have been extinct in the wild since 2000 and Pairi Daiza is involved in a breeding and reintroduction project in their natural environment in Brazil. In the meantime, they can only be seen in three places in the world: Singapore, Berlin and Pairi Daiza.

The park is made up of eight worlds: zones that immerse the visitor in a region of the world. Authentic buildings, works of art, plants, animals and soundscapes immerse you in gardens that include Bali (Indonesia), Suzhou (China) and Prince Rupert (British Columbia).

Pairi Daiza is located on the site of the former Cambron Abbey, a monastery of Cistercian monks that was founded in 1148. The tower of the old abbey still welcomes visitors today. You can also visit the crypt, the castle, the cemetery, the monks’ garden, and the abbey brewery.

Other civilizations are also present in the park. The Hindu temple was built with respect for tradition and with lava stones from Java and Bali and is consecrated. Members of the Balinese Hindu community living in Europe hold colorful religious ceremonies here several times a year, with traditional prayers, dances and music. In the Middle Kingdom you can stroll through several temples, gardens, passageways and pavilions built by Chinese craftsmen and artists in the traditional Chinese way.

Being at the forefront of good environmental practices and going 100% green are priorities for Pairi Daiza. The gigantic solar installation in the car park, which produces over 20,000 MWh of clean energy per year, covers all the park’s needs. The territories of the polar animals such as the penguins, polar bears and walruses are cooled using the most modern techniques for reducing consumption. These include insulation of buildings, use of heat pumps, heat storage, LED lights, energy recovery, and smart buildings allowing consumption to be monitored and adjusted in real time.

Check out the Pairi Daiza website for the latest information on prices, opening times, tickets (you have to pre-buy them). Here you can also download a map of the park. You can reach Pairi Daiza by car by entering Le Domaine 1 – 7940 Brugelette into your GPS. By train you need to reach Cambron-Casteau railway station, from which a short, signed footpath leads you to the park. You can also purchase a special Pairi Daiza train ticket. Please note that: “Visitors who wish to visit us with a day ticket must purchase tickets online in advance. Buying a ticket online is the only GUARANTEE to gain access to Pairi Daiza.” I hope you enjoy your visit. Any questions, contact me.