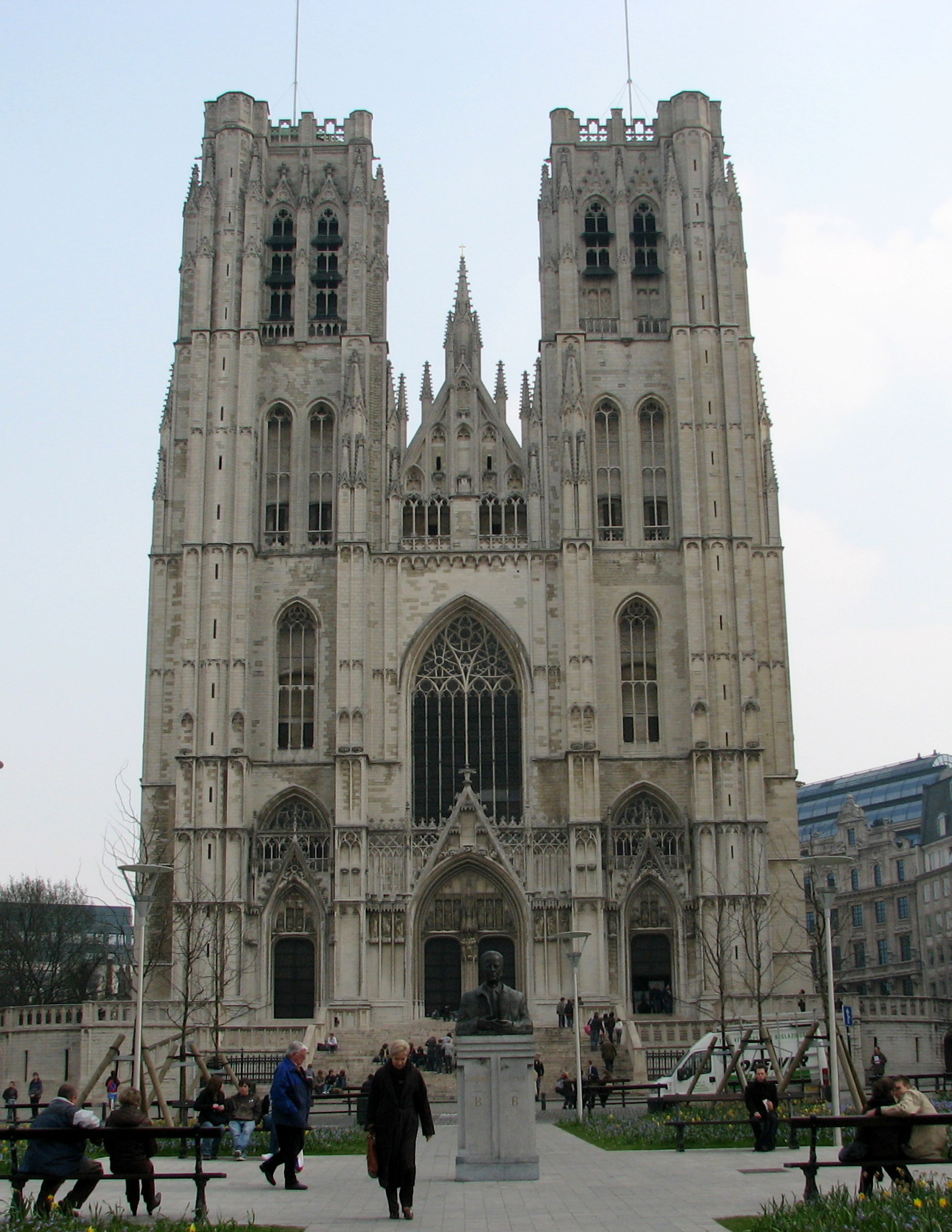 The area in question centres on St. Michael and St. Gudula’s Cathedral. In 2005 — to the delight of ornithologists — a pair of peregrine falcons nested on one of the cathedral’s towers, where they successfully raised four young. In 2006 three eggs were laid, although only one chick survived. Since then a pair of peregrines has returned every year – and 2011 is no exception (see video above).

Slightly larger than a kestrel but smaller than a buzzard, the peregrine falcon has a blue-grey back, a white, finely barred breast, and a black “moustache” that contrasts with its white face. It’s the world’s fastest flying bird; speeds up to 350 km per hour have been recorded. It reaches such incredible speeds during its “stoop”; a vertical hunting dive during which it soars to a great height before diving down and striking its prey — mainly pigeons — in full flight. 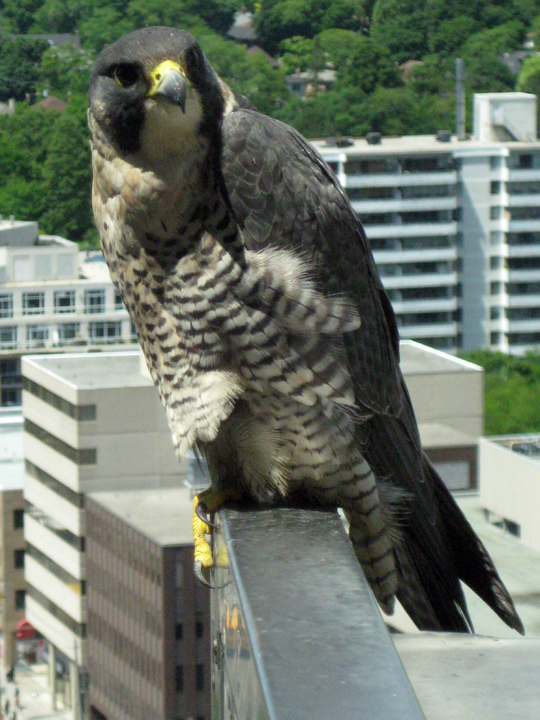 Peregrine falcons now breed in Brussels and other cities in Belgium

The presence of peregrines in Brussels and other city centres across Europe is one of the great wildlife success stories of recent years. In the 1950s and 1960s, the widespread use of pesticides containing DDT caused the dramatic collapse of peregrine populations throughout Europe; in Belgium they disappeared completely. These highly toxic chemicals built up in the bodies of peregrines causing eggshell thinning, reduced breeding performance, and early death. After these pesticides were banned, peregrine numbers slowly began to recover and they have now reached pre-decline levels in many countries.

What’s more, peregrines are beginning to colonize cities. They normally nest on cliffs, but a new generation of peregrines is beginning to realise that the tall buildings found in cities are excellent nesting sites. They have also discovered that cities contain plenty of pigeons!

For the kids – Every year The Museum of Natural Sciences closely monitors the progress of the peregrine family and has installed two infra-red cameras at the nest. The images are transmitted to two TV screens located in a special cabin on the cathedral square. You can therefore watch the peregrines — live, close-up and 24 hours a day — without disturbing them. Museum experts are regularly present to answer any questions and to help you spot the birds as they circle around the cathedral.

2 thoughts on “Peregrine falcons in Brussels 2014”