The bluebells ofÂ the Hallerbos. A natural wonder 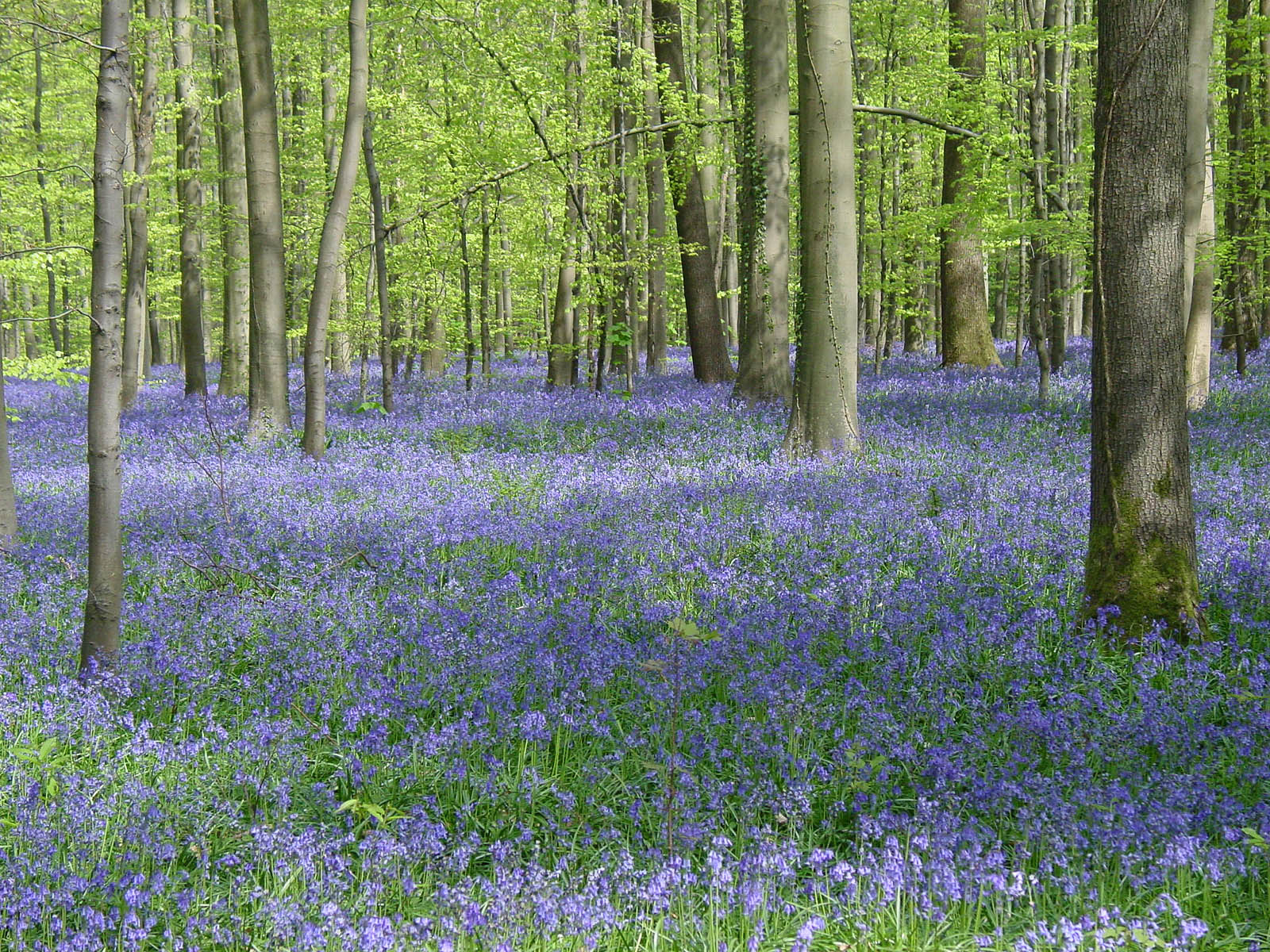 Hallerbos: spectacular from mid-April to early May

2016 Update: Check out my new post on the bluebells of the Hallerbos.

For those of you who know all about the Hallerbos and just want a map: here’s one you can use: Hallerbos map2 (Just click and print).

Every year I am amazed that a great wild flower phenomenon is on the doorstep of Brussels. You think I am exaggerating? I dare anyone to visit the Hallerbos in May and not be impressed. This annual phenomenon is the superb display of wild bluebells growing en masse in the Hallerbos, which is transformed for a few weeks into a sea of brilliant blue.

The presence of so many bluebells suggests that the forest is ancient, but although the bluebells have been there for centuries, the trees haven’t. The original Hallerbos was decimated during the First World War by the occupying forces, although some ancient oak and beech trees survived the devastation and can still be seen today. Most of the forest is a result of re-planting which took place between 1930 and 1950.

The bluebells are the stars of the show, but look out for many other wild flowers. These include the tiny wood sorrel, with its cup-shaped flowers and clover-like leaves, and the star-shaped white flowers of ramsons or wild garlic, which you will probably smell before you see it. Flowers you might recognise from common garden varieties are Solomon’s seal and lily of the valley.

The forest has other riches. In spring it’s full of bird song; blackcap warblers, wrens and nuthatches are the loudest. Look for red squirrels amongst the pines; buzzards in the clearings; and tadpoles in the ponds. I would also recommend a visit to the Museum of the Hallerbos, which you can find at Vlasmarktdreef 4 on the south-western edge of the forest.

By public transport, TEC bus 115A travels between Halle and Braine l’Alleud. Step off at Vlasmarkt and walk up Vlasmarktdreef into the forest.

For the kids – Ever seen a white bluebell? They do occasionally occur. As there are so many bluebells in the Hallerbos, the chances are high that amongst all the blue bluebells you will find some white bluebells. If you can’t see any, just count the blue ones!