Sint-Agatha-Rode and the patron saint of breast cancer 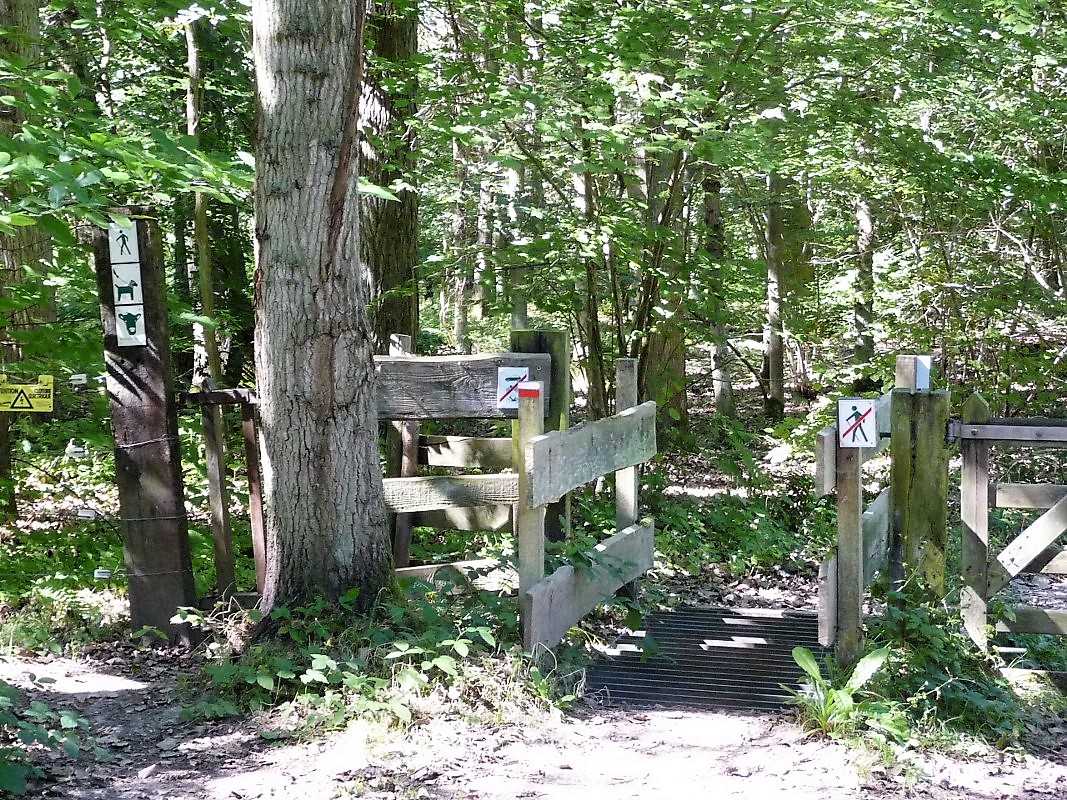 A pleasant 9k walk along the River Dijle which flows through Sint-Agatha-Rode, named after the patron saint of breast cancer.

The 86-kilometre long River Dijle rises near Nivelles in Wallonia but soon crosses the language border into Flanders a few kilometers south of the village of Sint-Agatha-Rode. Here the river drunkenly zigzags through the fertile Flemish fields before sobering up and straightening up as if in reverence to its next ports of call: the cathedral towns of Leuven and Mechelen.

Around Sint-Agatha-Rode the Dijle’s sharp bends have over the centuries become inaccessible to local farmers and are thus pockets of wildness. When I visited this area in August the riverside was a mass of Himalayan balsam. This relative of the garden Busy Lizzie is actually an unwanted introduction. But I can’t help liking it. Its purple or pink helmet-shaped flowers are attractive. And its seed pods are such fun; when ripe they burst explosively with the faintest of touches.

The village is named after Saint Agatha, the Christian martyr who was born in Sicily, and died there in AD 251. Among the tortures she endured was the removal of her breasts. In paintings she is often depicted carrying her breasts on a plate. It’s no surprise that Agatha is the patron saint for breast cancer. Less obvious is why she’s also the patron saint of bakers. This job may have been added to her CV from the mistaken impression that the paintings showed her carrying nor her breasts but two bread rolls.

I assumed that the “rode” in the village name was linked with Agatha’s spilt blood, but I was way off target. It’s from the Dutch word “rooiing”, which means to grub up or uproot. It simply refers to the digging up of trees in the 11th century to make way for the village.

The village church dates from the 13th century but has been restored multiple times through the years.

In 1578, iconoclasts set it on fire. In the Second World War the nearby Dijle Bridge was dynamited, simultaneously blowing out many of the church’s stained glass windows. More resistant to the blast was the magnificent vrijheidsboom (liberty tree) in front of the church, which was planted in 1830 to mark the independence of Belgium. Since then it’s reached a height of over 30 metres and a girth of nearly five metres.

A pleasant 9 km walk encircles Sint-Agatha-Rode and is excellently signposted. As always, you can download it as a PDF. And get the GPX track for your device from my RouteYou page.

Along the way you can stop off at the Grootbroek, a 30-hectare man-made lake and nature reserve. Despite its large expanse (hence its name), the Grootbroek is shallow, making it a favoured eatery for waders, herons and egrets — particularly in the spring and autumn migration periods. Overlooking the Grootbroek is a very smart wooden bird observation hide. It even has posters and info flyers available — amazingly graffiti-free.

The walk continues through the Rodebos (the Rode Forest), where in 1907 the remnants of a Roman villa were discovered.

On the return path you get to walk alongside another river — the Lane — which flows into the Dijle just north of the village.

Amazingly, there used to be 40 cafés in Sint-Agatha-Rode! Hang on, that bears thinking about. 40 cafés in what is a fairly smallish village, currently of just over 1500 people? That’s one café for every 40 people! Obviously a thirsty lot.

One of the cafés has been converted into a nice-looking B&B on the Leuvensebaan: The House of Rooi.

Established two years ago by local midwife Benedicte Vansina, it has attracted guests from as far afield as Mexico, Japan and South Africa. “Business people regularly stay here as their ‘second home’ because we are so much more cosy than a hotel,” Benedicte told me. “Tourists are attracted by the peaceful countryside, and the endless local walking, cycling and mountain biking routes.”

An in the evening? Thankfully at least one café is still open: and it’s right next to The House of Rooi.

As always, you can subscribe below or learn how to support this blog here.