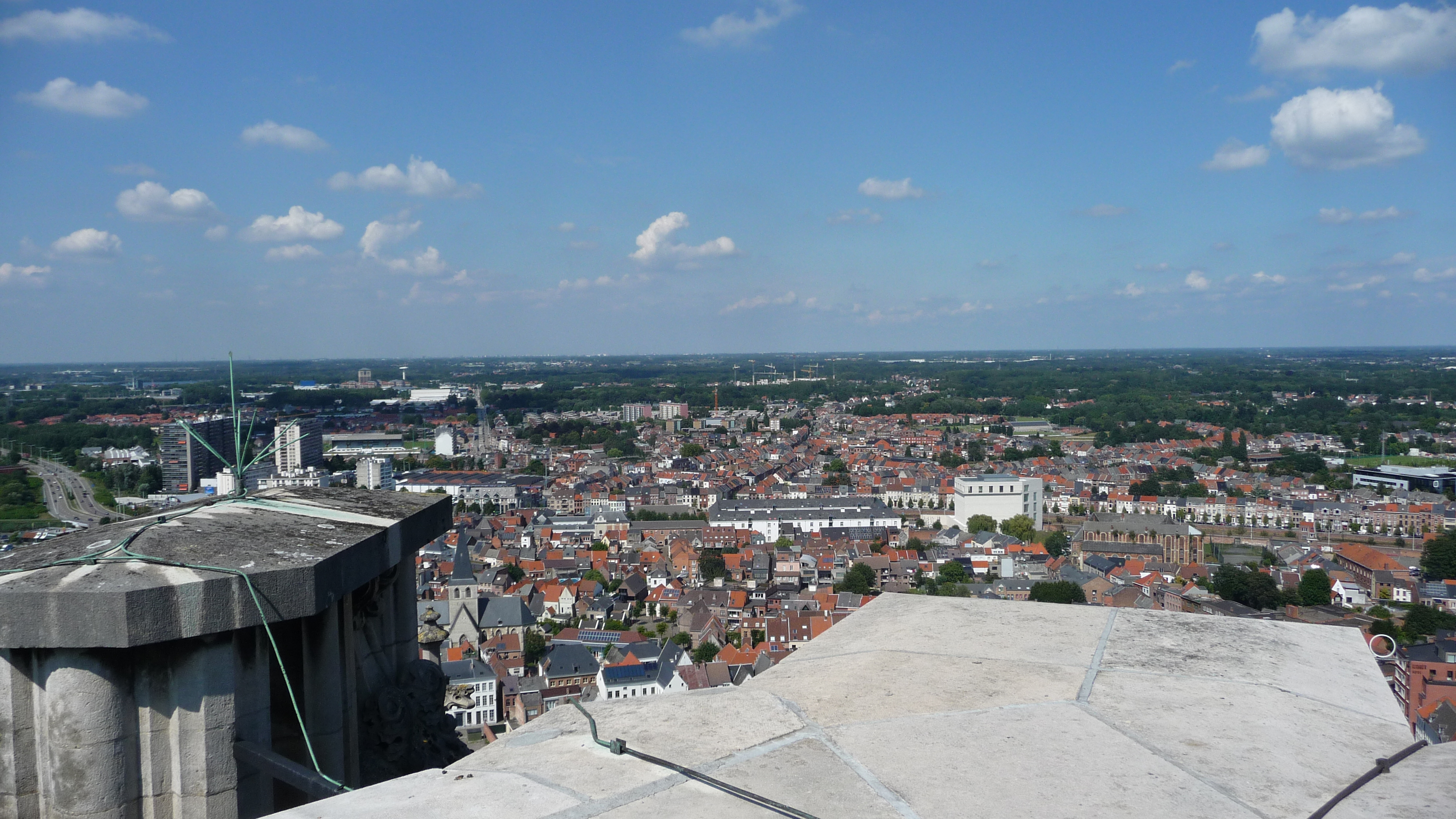 The 538 steps up St. Rumbold’s Tower Mechelen are worth the effort, for the views from the top are breathtaking

Looming over Mechelen market square is St. Rumbold’s Tower. Nearly 100 meters high (it was originally intended to reach 160 meters) and a UNESCO World Heritage site, it’s well worth a visit. And the good news is that you can walk right up to the top — all 538 steps!

The first stone was laid in 1452, and the building work stopped about 68 years later. It was thought that the boggy ground would not be able to hold further weight. Hence it’s lack of a spire. Even Pope John Paul II joked about the tower looking unfinished when he visited Mechelen in 1985.

It’s open daily from 1 p.m. to 6 p.m., and Saturdays from 10 a.m. — 6 p.m. A ticket costs 8 EUR and can be purchased just inside the tower. 538 steps may seem a lot of steps. You’re absolutely right! Thankfully the ascent is broken up into stages, with seven chambers on the way that enable you to get your breath back.

Actually the first stage is the longest, at 157 steps. So the first resting place – the Crane Chamber – is a very welcome sight.

This chamber held the crane that until 1930 was used to hoist heavy materials up to the top of the tower, via the second chamber, the forge:

A bit more climbing and you come to the Bell Chamber, which houses six bass bells. The smallest weights a mere (!) 1850 kg, with the largest coming in at a massive 8800 kg. Known as Salvator, this huge bell was cast in 1498 and cracked in 1629 and 1828, being recast on both occasions.

The Carillon Chamber is interesting, and led to the creation of the Mechelen Carillon School. It attracts students from all over the world who come to study to be carilloneurs.

Not at the top yet! Keep climbing and the next stop is the Clock Chamber.

The clock used to be wound manually, twice a day, until the 1930 when it was electrified.

Still more bells in the New Carillon Chamber, and then finally you are at the top on the Skywalk.

From here you get superb all-round views of seemingly the whole of Belgium. You get great views of Mechelen, and on a clear day (I was lucky) you can see Antwerp Cathedral and the Atomium in Brussels.

An hour in St. Rumbold’s Tower is historically interesting, invigorating, and great fun for children.