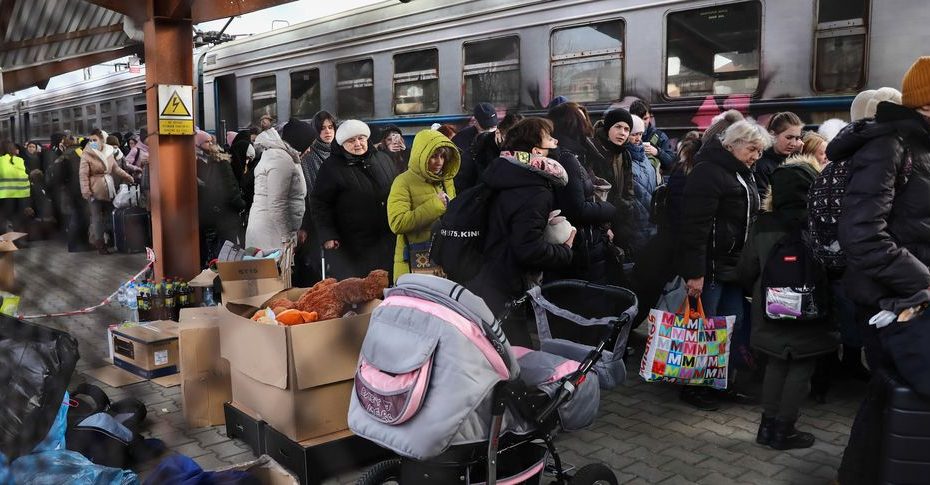 Red Star Line Museum’s ‘Stories of Refuge’ exhibition explores what it means to be on the run, beyond laws and political agreements.

Russia’s horrendous invasion of Ukraine is leading to millions of refugees throughout Europe as people flee their homes. So it’s an apposite time to look at an exhibition on refugees opening soon in Antwerp.

This post is a reblog from Trip by Trip, one of my favourite Belgian blogs. The blog is written by Timothy and Danny, two natives of Antwerp. Here, Timothy introduces us to a fascinating exhibition opening soon at the Red Star Line Museum in Antwerp, on the highly relevant topic of refugees. But that’s not all, he also kindly links to 20 or so other museums in Antwerp that he has covered on his blog in recent years. So in otherwise, it’s an Antwerp Museumfest! Enjoy, and over to you Timothy:

From 1 April, and no it’s not an April’s Fool joke, the Red Star Line Museum in Antwerp hosts the ‘Stories of Refuge‘ exhibition. Obviously, this exhibition was planned way before the invasion of Ukraine by Russia. Nevertheless, the theme is very topical.

In 2021, it was exactly 70 years since the Refugee Convention was signed by 24 countries in Geneva. In the aftermath of World War II, this convention established the definition of a refugee and who was entitled to asylum. Even today, there are 80 million people fleeing their countries worldwide, and this is the subject of much discussion in our society.

To mark this anniversary, the Red Star Line Museum is creating the ‘Stories of Refuge’ exhibition. It explores what it means to be on the run, beyond laws and political agreements. People with a story of refuge tell their story, while personal objects and interviews bring it to life.

The Red Star Line Museum tells the story of two million passengers who once made the crossing to America on the Red Star Line’s steamships. Some of them would be considered as refugees today. It shows that this is not merely an actual issue of the past few years. Throughout history, millions of people left their homes through wars and crises, seeking safety.

Here is a short video with English sub-titles introduing the museum:

The ‘Stories of Refuge’ exhibition will be an authentic journey along stories of refugees who have come to Belgium over the last 70 years. Stories of frustration, uncertainty and trauma, as well as courage, resilience and persistence. What decisions did they have to make during their journeys? Who did they meet along the way? What about the label ‘refugee’? Will they ever not be a ‘refugee’?

On June 20, 2021, International World Refugee Day, Red Star Line asked Vida, Noor, Angela and Zakaria to describe what this day means to them. The resulting film is a collaboration between Atlas Antwerp, the Red Cross asylum for refugees ‘Linkeroever’ and the Red Star Line Museum. It’s in different languages and only subtitled in Dutch, so it might not be accessible to everyone:

Art and museums in Antwerp

Here are some other museums in Antwerp that Danny and I have visited over the years:

Thanks Timothy for introducing us to these outstanding museums to visit in Antwerp!