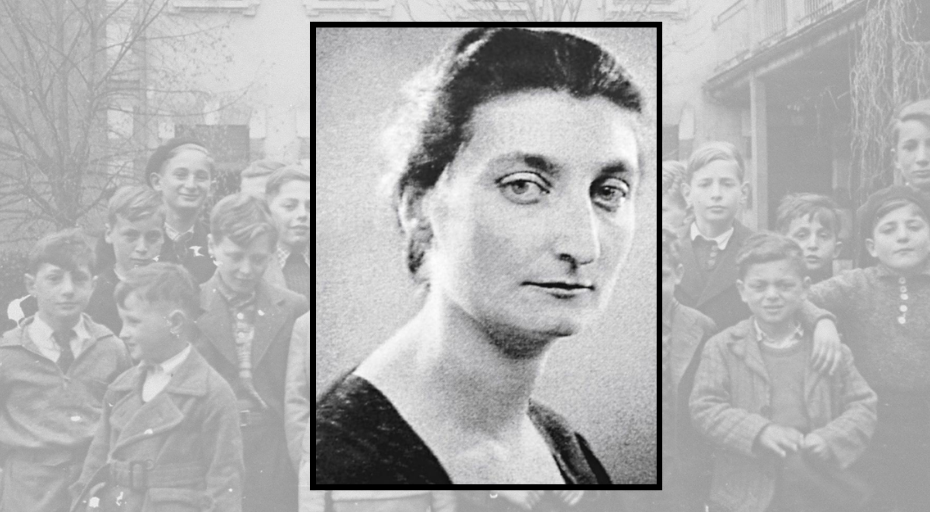 Suzanne Spaak was a courageous Belgian operative in the French Resistance during the Second World War who saved Jewish children from being sent to concentration camps.

A 36-year-old woman sits alone on a luxurious leather sofa in the apartment’s spacious living room. She gazes around while running her fingers over her gold necklace. The furniture in the room is antique, the thick curtains are the highest quality velvet, and the chandelier sparkles like diamonds. The walls are covered with surrealistic images, the like of which no-one has ever seen before. They are works by a family friend; a Belgian artist called René Magritte. The woman’s clothes are chic; the latest Parisian fashions. She is extremely wealthy, and a leading socialite in Paris.

Her name is Suzanne Spaak. She was born in Brussels on 6 July 1905 as Suzanne Augustine Lorge, into a prosperous Belgian banking family. At the age of 20, Suzanne married Brussels-born dramatist and film-maker Claude Spaak, brother of Paul-Henri Spaak, an influential Belgian statesman. Suzanne and Claude have two children, Lucie and Paul-Louis.

In 1936 the family moved to Paris where they live a life of luxury. The Spaaks socialize with the intellectual elite of Paris such as Jean Cocteau. One of their neighbors is the well-known French novelist, Colette.

But sitting on her sofa in 1941, Suzanne is deeply unhappy and unsettled. More than that, she is horrified at what is happening around her, particularly to Jewish children at the hands of the Nazis.

Suzanne stands up, looks at the luxury around her, shakes her head and walks resolutely out of the door, slamming it shut behind her.

She has decided to do something about the brutality of the Nazi occupation; something that will positively influence thousands, but dramatically change – and shorten – her life.

Suzanne volunteers to work with the underground National Movement Against Racism (MNCR) in Paris. At first, its male leaders greet her with skepticism. How can this wealthy woman help us? Does she know what she is getting into? Is she aware of the challenging, sometimes dangerous conditions that resistance fighters encounter?

They give her simple tasks to do: making the coffee, shopping for supplies, typing leaflets. But soon, they realize that Suzanne is ready for more demanding work. One of the leaders recalled later:

“We were not very optimistic regarding the capabilities of our new collaborator, but how great was our mistake. She belonged to the category of idealists for whom their private lives and personal needs cease to exist the moment a great idea comes to possess their heart and soul.”

Suzanne is given a specific, more demanding, and potentially dangerous task. She is charged with finding doctors and hospitals willing to risk treating Jews in hiding who need urgent medical attention. She walks the length and breadth of Paris to make the necessary contacts. In addition, using her influence with the upper class of Parisian society, she knocks on the doors of lawyers, educators, judges, movie stars and writers, asking for their financial and practical support. She also visits Catholic priests, bishops, and even the Cardinal of Paris, pleading for them to save the lives of Jews in hiding.

Aware of the growing atrocities of the Nazis, Suzanne’s next step is to join the Red Orchestra intelligence network. The group conducts highly effective intelligence-gathering in Germany, France, the Netherlands and Switzerland. The network is so successful at infiltrating the German military intelligence service that the Nazis set up the Sonderkommando Rote Kapelle (Red Orchestra Special Detachment) to eliminate it.

In early 1943, the Red Orchestra hears news of the impending deportation of Jewish children. Suzanne leads a complex operation to smuggle over 160 children to safety. She shelters some of these children in her own home, despite the great personal risk. She makes arrangements for them to be placed in safe homes around the countryside which Suzanne has earlier identified. Through Red Orchestra, Suzanne provides the children with ration cards and clothing, and begins to move them to safe havens in various parts of France.

October 1943: The Gestapo closes in

However, the Nazis are tracing and monitoring Red Orchestra operative radio transmitters and start making arrests. Captured members are brutally tortured, and several divulge names and secrets. As a result, more than 600 people are arrested.

In mid-October 1943, Suzanne flees with Lucie and Paul-Louis to Belgium, where she goes into hiding in the Ardennes. On 24 October, the Gestapo visit Suzanne’s mother’s house, looking for Suzanne. Eventually they track her down and on 10 November 1943 Suzanne is arrested by the Gestapo.

Suzanne is taken to the notorious Gestapo-held Fresnes prison near Paris. It’s a horrific place, crowded with members of the French Resistance and captured British special operations officers. Many of them will never be released.

She is tortured multiple times in Fresnes. In January 1944 a German military court finds her guilty and sentences her to death. She writes on the wall of her prison cell: “Alone with my thoughts, there is still freedom.”

By the beginning of August 1944, the Allies are fighting their way to Berlin. The Germans in Paris prepare to evacuate from the city. They destroy documents, set explosives around the city, loot whatever they could to send back to Germany … and make sure they don’t leave many prisoners.

On the morning of 12 August 1944, Suzanne sits down in her cell and writes a long letter to her children. Shortly after finishing the letter, Suzanne is taken into the prison courtyard, told to kneel down, and is shot in the back of the neck by Gestapo officer Heinz Pannwitz.

The number of children directly rescued by Suzanne Spaak is unclear, but all the 160 Jewish children that she rescued immediately prior to her arrest survived the war. Rescue networks like the one Suzanne ran saved more than 1000 Jewish children in Paris from being sent to the concentration camps.

1985: Recognition by the State of Israel

On 21 April 1985, Suzanne is recognized by Yad Vashem on behalf of the State of Israel and the Jewish people as “Righteous Among the Nations.” It is an honor bestowed upon non-Jews who risked their lives to save Jews during the Holocaust.

If you enjoyed this mini-biography of Suzanne Spaak, you may be interested in some other courageous Belgian women who played important roles during the First and Second World Wars:

7 thoughts on “Suzanne Spaak: from wealthy socialite to resistance fighter”