Talbot House: A shelter amidst the storm 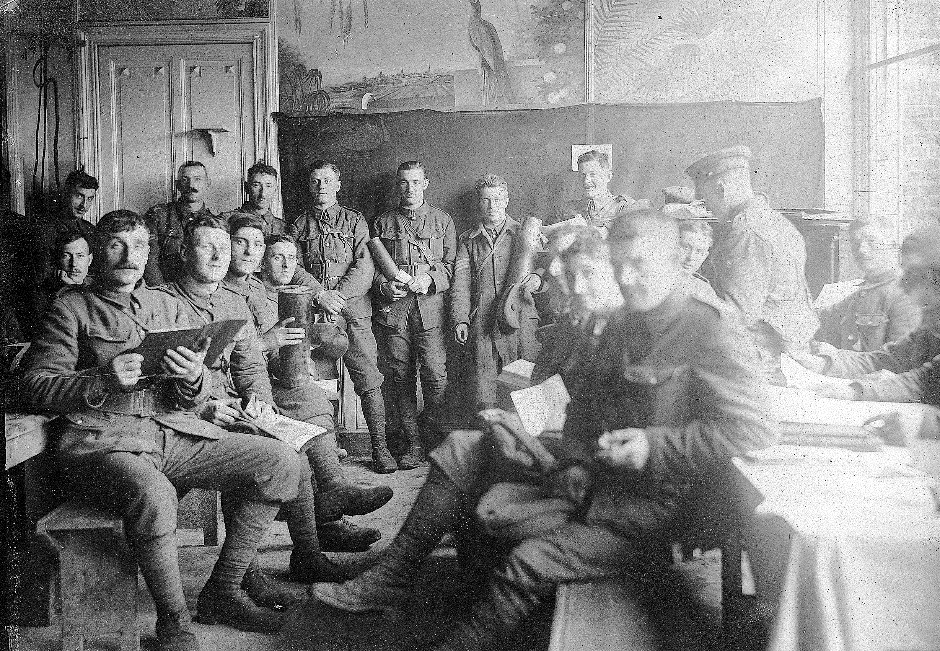 Talbot House in Poperinge is one of the most evocative First World War sites.

For almost the entire duration of World War I, Poperinge, close to Ypres, remained one of the few unoccupied towns in Flanders. Located ten kilometres behind the front line, and with a good railway connection to Ypres, it was a natural destination for soldiers looking to find some rest and relaxation.

Occasionally it was shelled by a long-range German missile, but for the most part it was untouched. It therefore soon became a bustling town full of shops, cafés and restaurants catering to the needs of war-weary troops. “Shall we pop into Pop?” became a popular catchphrase amongst British soldiers.

The importance of “Pop” soon became apparent to two British Army chaplains serving with the 6th Division: Philip “Tubby” Clayton and Neville Talbot. They saw the need to open up a soldiers’ club, and began looking for a suitable site.

Coincidentally, a property owned by local hop merchant Mr. Coevoet-Camerlynck became available. After his house was damaged by a stray German shell, he decided to move out of Poperinge with his wife and children.

Negotiations started between him and the British Army, and a monthly rent of 150 Belgian Francs was agreed for the duration of the war. After some repairs and minor modifications, on 11 December 1915 the house opened its doors to British soldiers for the first time. It was named Talbot House in remembrance of Neville’s brother Gilbert Talbot, who had recently been killed at Hooge.

Right from the start it was a different type of soldier’s club: warm, cosy and inviting. The sign — “Every Man’s Club” — still hangs outside, indicating that Talbot House was for the normal soldier, not merely an officers’ club.

Soldiers could come to Talbot House and relax. It was just an ordinary house, where ordinary soldiers could feel at home for a day or two. They could have a cup of tea, buy postcards or soap in the small shop, or write a letter home.

They could read a book in the library, sleep here overnight, or sit and smoke with their mates in the garden.

Tubby Clayton himself summed up the philosophy of Talbot House, and of the TOC H movement that he later started: “It was a place where friendships could be consecrated, and sad hearts renewed and cheered, a place of light and joy and brotherhood and peace.”

First World War veteran Harry Patch was also fond of Talbot House: “A lot of us used to call it ‘the haven’ because that’s exactly what this place was to the men — a place of peace where you could relax, and the only time you could forget the strains of war for a couple of hours.”

In 1916 the House became too small for the number of soldiers visiting it. The first floor of the neighbouring hop store was converted into a Concert Hall, where a series of debates, movies, concerts and shows were given. Talbot House with its Concert Hall grew to become one of the most important institutions of the British Army.

At the end of the war the original owners returned to Poperinge and Talbot House reverted to a family home, but for thousands of old soldiers, Talbot House remained in their memory. In 1931 it was purchased by Lord Wakefield of Hythe who donated it to the newly formed Talbot House Association, which still owns the building today.

During the Second World War Poperinge was occupied by the German Army. Fearing that the historically valuable items inside Talbot House might be at risk, a team of local people secretly emptied the complete contents of the house. They split the collection throughout the town and found a hiding place for each single painting, book or piece of furniture. The house became a German officers’ mess. With the liberation of Poperinge in 1944 every single item was brought back to Talbot House.

The authentic interior has been excellently preserved. In my opinion, the  unique spirit of the place can perhaps be best experienced in the loft. Previously used for drying hops, the loft was converted into a chapel and became known as the ‘Upper Room’.

On the initiative of the soldiers the chapel was furnished with an altar made from a carpenter’s bench found in the garden shed. Candlesticks were made from bedposts. A portable organ was brought in for musical accompaniment.

Wooden benches were made or acquired from damaged churches. From the early days of its creation the chapel in the ‘Upper Room’ offered a peaceful haven for thousands of soldiers.

Visiting or even staying overnight in Talbot House is a truly unique, almost magical experience.

For me, two perfectly preserved mementos brought home the stark reality that although Talbot House was a wonderful place of refreshment after the rigours of war, it could only ever be a temporary shelter; a brief respite before the trudge back to the trenches of Ypres or Passchendaele.

At the wooden prayer stools in the Upper Room, numerous young soldiers would have knelt and prayed their final prayers before returning to battle. And in the hall, the visitors’ book displays their shaky signatures.

For many, it would have been the last time they signed their name.

For a truly unique experience, you can stay in Talbot House overnight as it’s also a Bed & Breakfast facilty.

All the images are copyright Talbot House and used with permission of Talbot House. Many thanks to Gertjan Remmerie for his kind assistance in providing the photographs.

14 thoughts on “Talbot House: A shelter amidst the storm”