Bizarre Belgium: The Tower of Eben-Ezer

In my almost 30 years of living in Belgium, I have visited some weird and wonderful places, but I think the Tower of Eben-Ezer in Bassange probably tops the list.

Even from a distance, it’s clear that I’m in for an interesting couple of hours. 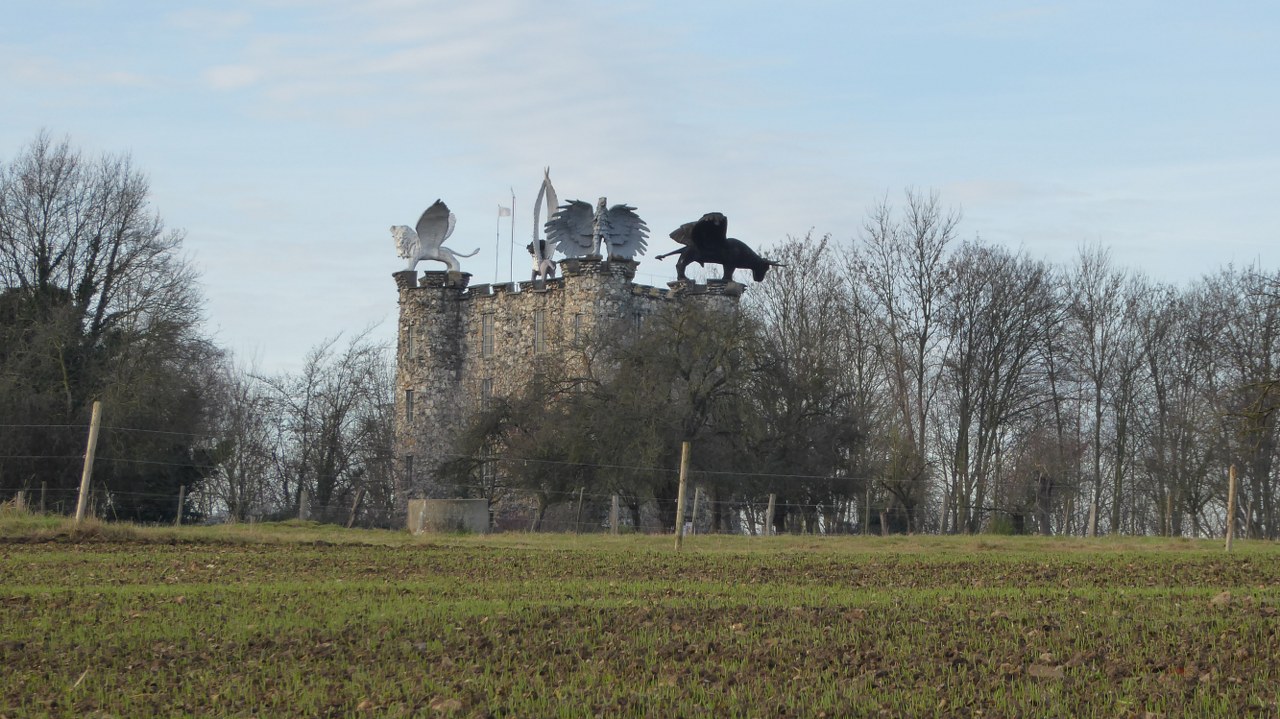 And when I got closer, I realised that indeed, this is a quite extraordinary building. 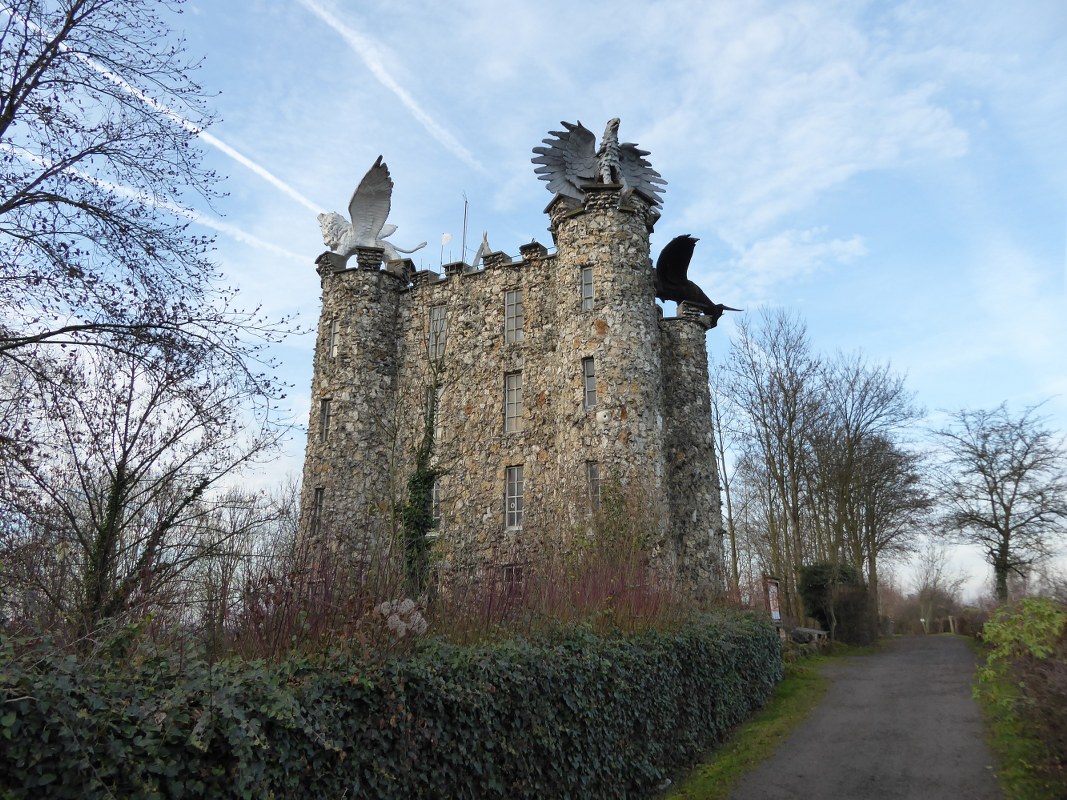 The closer I got, the more bizarre it appeared. 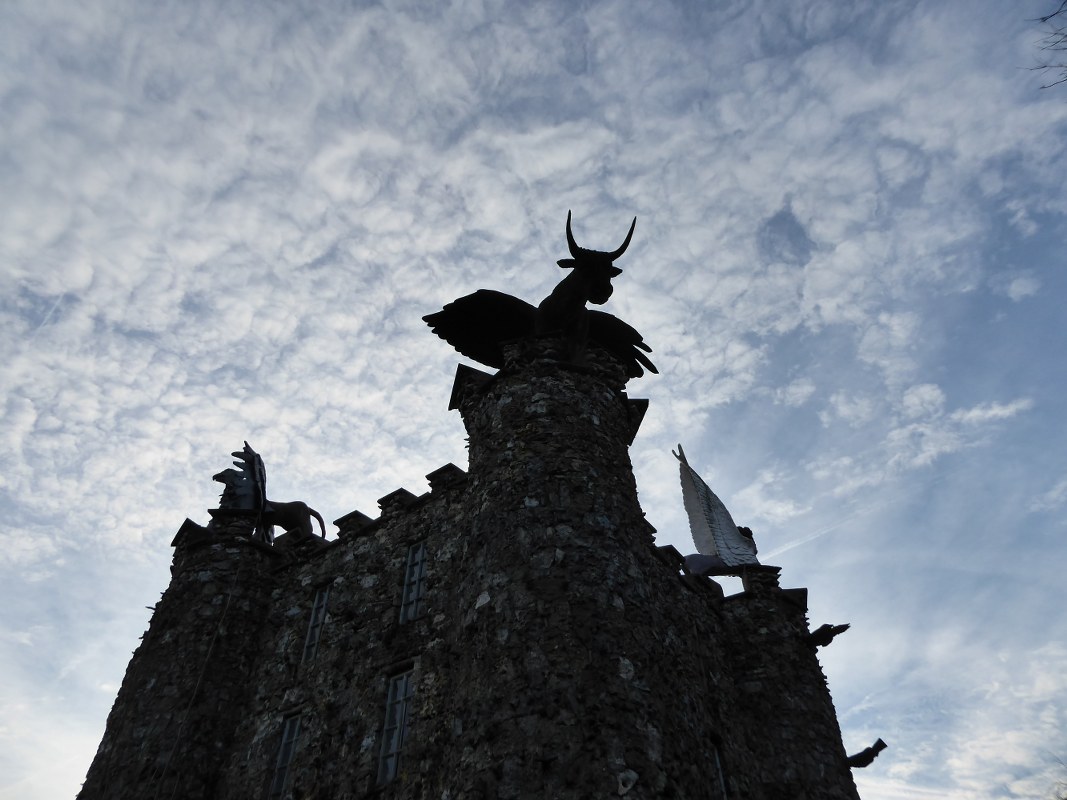 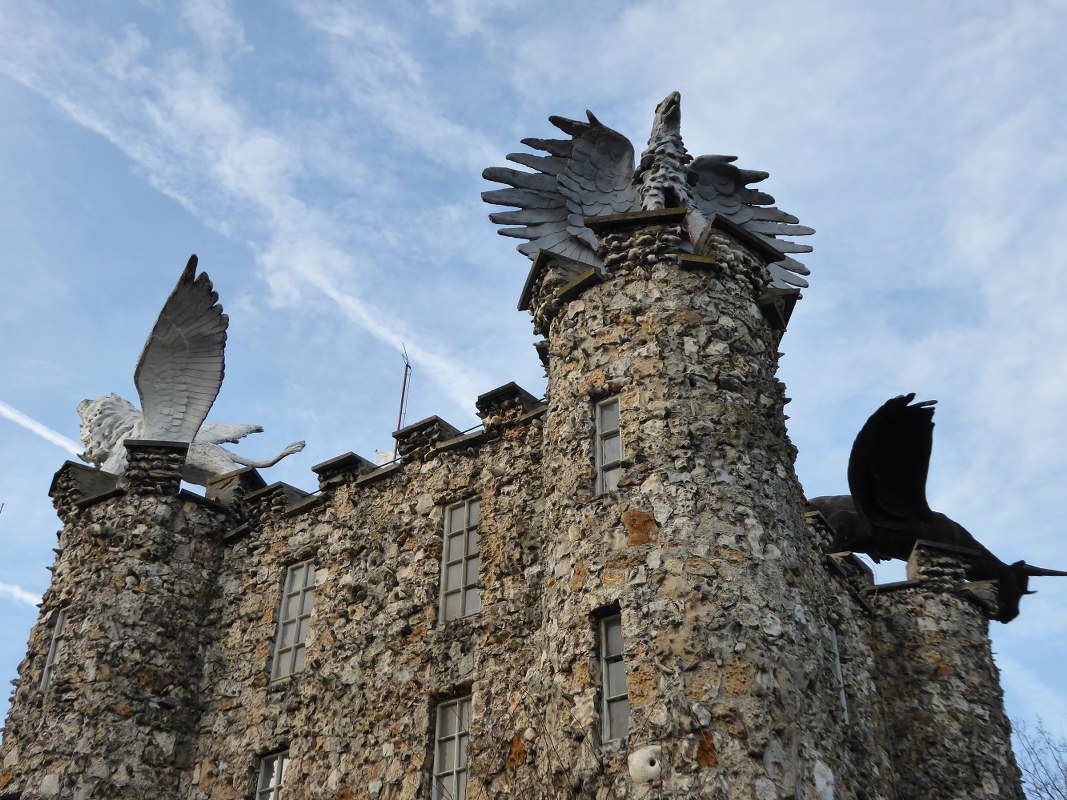 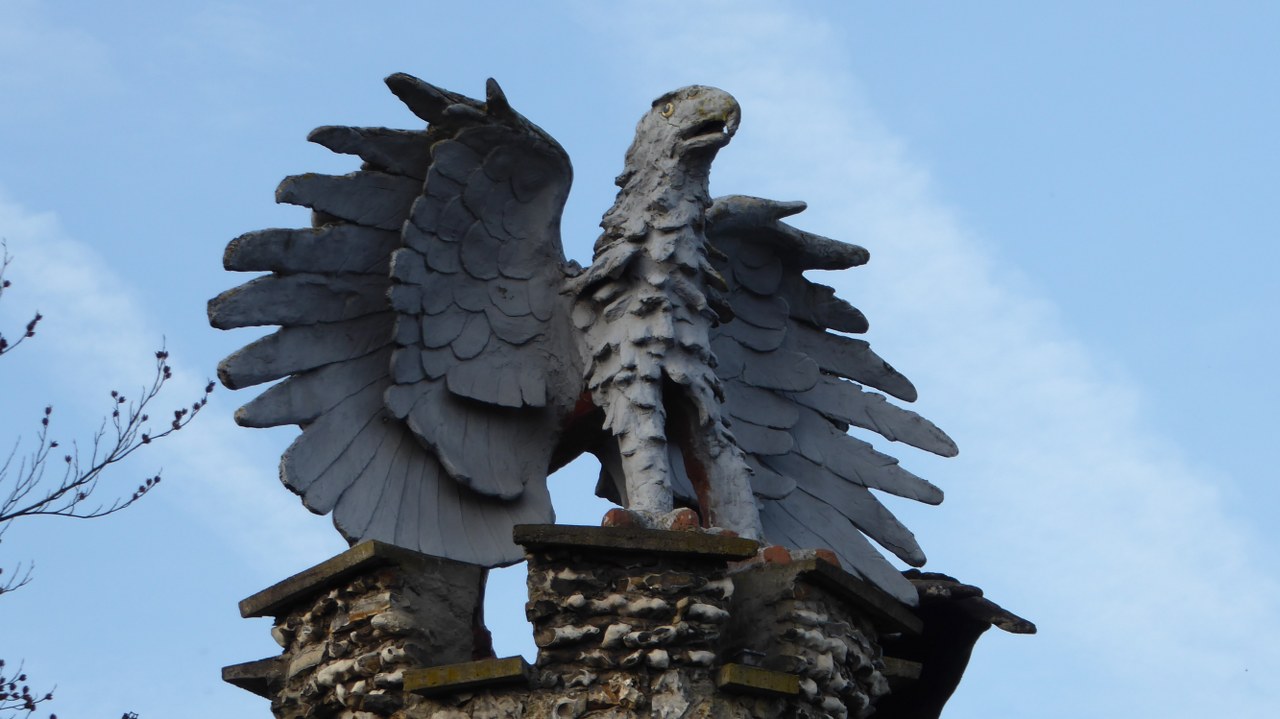 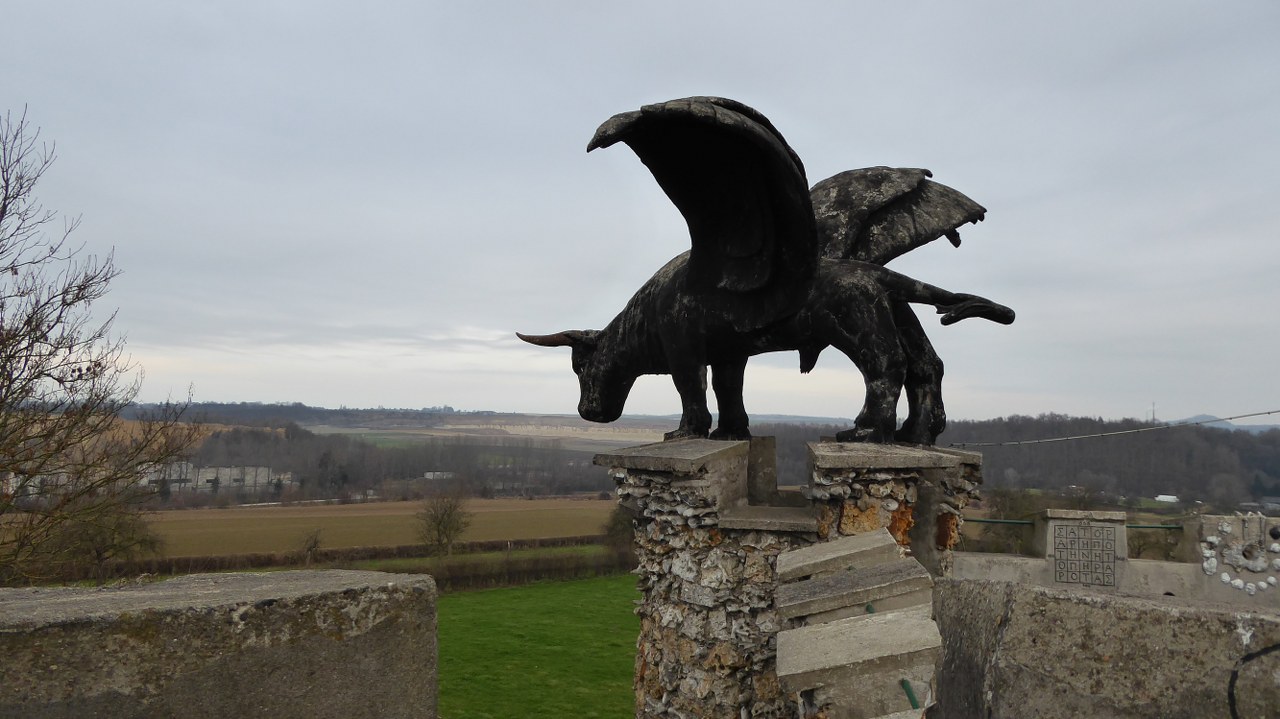 So what is it?

The Tower of Eben-Ezer is a 33-metre high tower built single-handedly out of flint by a man who worked on it for over ten years to display his artistic, paleontological and theological discoveries.

Robert Garcet (1912-2001), who was born in Mons, Belgium. When he was 18 he moved to this area north of LiÃ¨ge, where he worked as a labourer in the local quarry. He was very interested in geology, nature, the history of mankind and the Bible, wrote a lot of books, and developed his own vision of the creation of man.

He was also a pacifist, and in 1947 began to draw up plans to construct a big tower as a symbol of peace. He started construction in 1953 and, with the occasional help of friends, completed it 15 years later.

What does it represent?

It’s difficult to say. Apparently, all aspects of the tower have a deep meaning. Its dimensions are in proportion to the Heavenly Jerusalem mentioned in the Bible in the Revelation of John. It gets its name from the Biblical account of the place Samuel erected a stone to symbolize peace. It has seven floors reflecting the sacred number of seven. On the corners at the top of the tower, four sculptures are displayed representing characters of the book of Revelation: bull, lion, eagle and angel.

The inside is as extraordinary as the outside. It’s full of artwork, sculptures and murals, as well as displays of geological discoveries, artefacts and fossils. Part of it is also devoted to a Museum of Flint, which gives you a tour of the history and use of flint over the ages.

Are the grounds any less bizarre?

No. There is a permanent exhibition of art and sculptures.

So what’s my conclusion?

You certainly won’t be bored at the Tower of Eben-Ezer. There’s an abundance of things to see, admire, wonder at, and ponder over. Sometimes you’ll be amazed; at other times you’ll just get totally mystified.

A wealth of information is available during your tour of the tower. This includes a bulky A4 binder with pages and pages of descriptions and details of everything you can see and the explanations behind all the displays and symbology. In addition, in many of the rooms computers are set up that you can click and navigate through multiple screens of information.

However, all the information is in Dutch or French. And there’s so much information that even with a good understanding of Dutch I simply couldn’t take it all in. Actually I would have needed hours to go through it all. 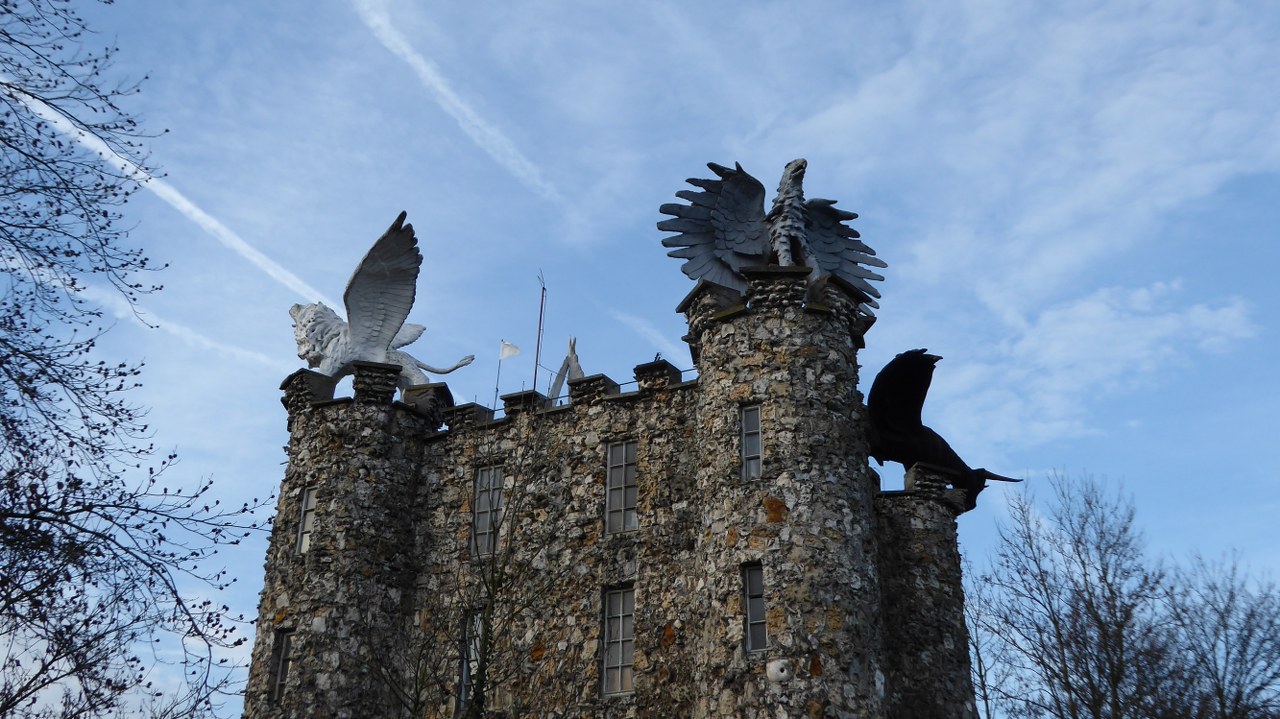 The Tower of Eben-Ezer was featured in Channel 4’s 1998 series “Journeys into the Outside”, in which Jarvis Cocker (British musician and artist, famous for fronting the band Pulp) travels the globe in search of large-scale visionary environments.

The relevant clip starts at 11:07 and lasts for nearly 8 minutes.

What is interesting is that it includes an interview with Robert Garcet three years before his death, during which he calls Jarvis Cocker an imbecile! It’s also clear that Cocker himself struggles to understand what the tower is all about, and can’t quite get to grips with Garcet’s beliefs.

If you’re looking for something completely different, then you’ll certainly find it at the Tower of Eben-Ezer.

You can find information on visiting times and location on the tower’s website.

I combined it with a morning 10 km walk around the surrounding beautiful countryside, which I will be blogging about soon. The combination of a walk and a tour around the Tower for an hour or two makes a highly enjoyable day out.

Finally, thank you Tim Peeters for pointing me in the direction of this place.