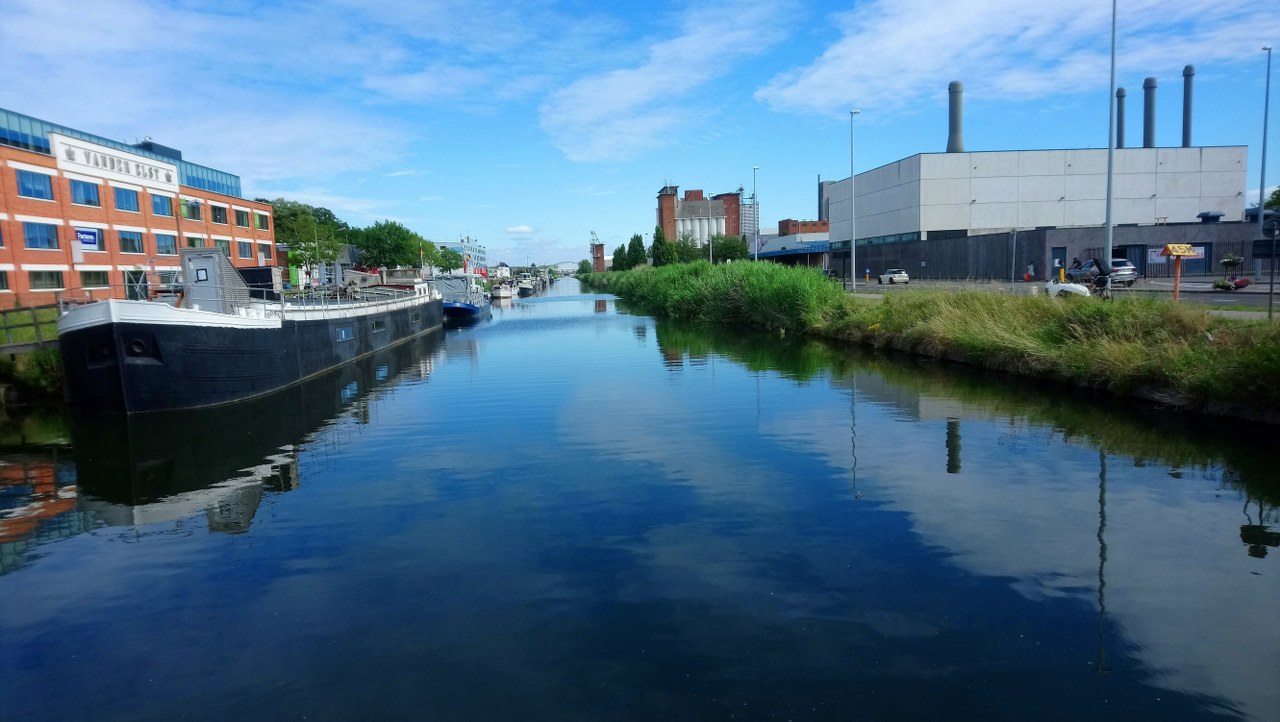 Cycling along the Leuven-Mechelen Canal is easy and fun thanks to wide, clearly signposted cycle paths.

The Leuven-Mechelen canal can be accessed at a number of points, and its wide towpaths offer excellent opportunities for a pleasant walk or cycle. You can choose your entry and exit points depending on your preferred length of walk. Highlights for me are the white storks, which feed in the shallows or the neighbouring fields. From the canal, you can see their huge nests in the Planckendael Animal Park, built on top of poles.

Storks are great travellers; some migrate from northern Europe to South Africa, a trip of 12,000 km. In fact a stork from Planckendael is a world-record holder. Donna was hatched in 1999 and tagged with a solar-powered satellite transmitter, which relays daily information on the bird’s location to researchers. Donna’s progress had been followed for 2,033 days — making her the world-record holder in the young science of satellite-tracking birds — until she tragically flew into overhead power cables in France in March of 2005 and was electrocuted. She was returning to Belgium after wintering in southern Spain.

Further north, if you come off the canal at Muizen, you can take a small diversion to investigate the Mechels Broek nature reserve. The visitor centre in Muizenhoekstraat is open on Thursday and Sunday afternoons. If you go there by car, you can park at Het Brughuis cafe where the Muizenbrug crosses the River Dijle. The area offers delightful walks, while its two bird observation hides give you the chance to sit down and relax for a while.

I have visited the Mechels Broek throughout the year and each season offers its own delights. In spring, the area is alive with nesting birds: lapwings, geese, herons, reed warblers, stonechats, little ringed plovers and redshanks, and the activity is frenetic as adult birds protect their nests from marauding black-headed gulls, jays and crows. As the summer progresses, the marshland is a mass of ducklings and goslings tripping over in the mud or stumbling over the grassy hummocks. During the autumn and winter the area attracts migrant flocks of ducks such as wigeon, as well as rare birds of prey like the osprey and hen harrier.

For the kids – This area is great for getting close-up to nature. The white storks and herons along the canal can be approached fairly closely, while the bird observation hides at the Mechels Broek give you the chance to observe birds without them knowing you are watching them. So why not draw the birds you see? A useful book for advice is Drawing Birds by John Busby.

7 thoughts on “The Leuven-Mechelen Canal”